Two months' worth of difficult social distancing could have been blown in five minutes by other impatient flyers, an Air New Zealand passenger fears.

The passenger, who asked to remain anonymous, flew from Auckland to Queenstown on Thursday when other flyers brazenly broke distancing rules.

While the man remained in his seat after landing, other passengers on flight NZ369 were caught on camera shoulder to shoulder in the aisle. 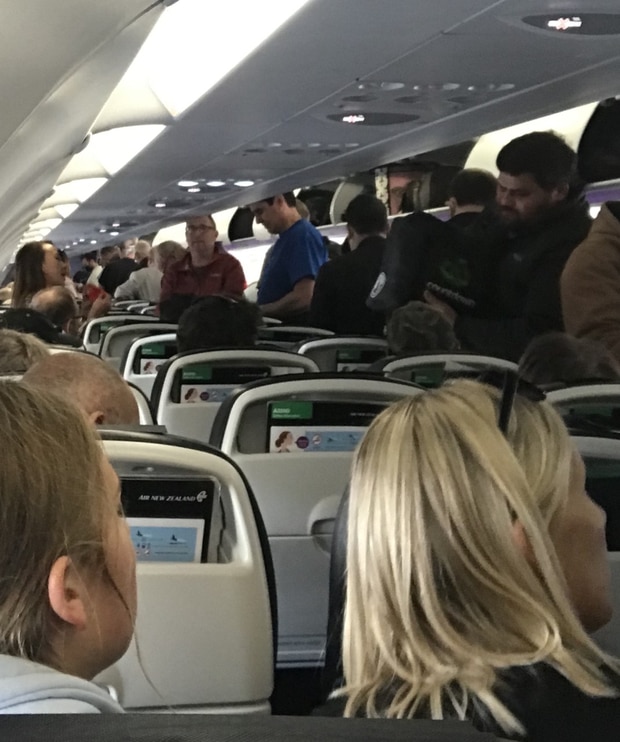 "I felt vulnerable, really unsafe," the passenger said. "Everyone got up and stood in the aisle while we waited for the bridge to be attached.

"That disembarkment ruined everything I've been doing for the last two months. The whole thing flew out the window, it's been so difficult these past two months.

"Every rule has been broken in this five minutes of disembarking the plane. That one process could restart the whole thing."

An Air New Zealand spokesman said it appears the disembarkation process on this particular flight did not take place in accordance with the airline's new process and will be looking into the incident.

He said the airline has amended its boarding and disembarkation procedures to introduce social distancing during these stages of the journey, saying "we appreciate the support and patience of our passengers as this does take a little time and requires their cooperation".

"Air New Zealand is following Ministry of Health and WHO guidance to ensure flights are safe for crew and our customers. This includes supporting physical distancing onboard by allocating seating where we can to allow for extra space between passengers.

"Blocks are currently in place for the middle seats on our domestic jets and aisle seats on turboprop services. We're allowing groups of people or families travelling together to be seated together, but if they wish to be seated separately, we will provide for this," he said.

It came as the Ministry of Health confirmed on Saturday there were only 28 active cases of Covid-19 in New Zealand, with one person in hospital.

There were also no new cases or deaths announced yesterday.

The disembarkment period was not the only time social distancing rules were broken during the commute south, the passenger said.

On the walkway down to board the plane, passengers started breaking the social distancing rules by crowding together closely. 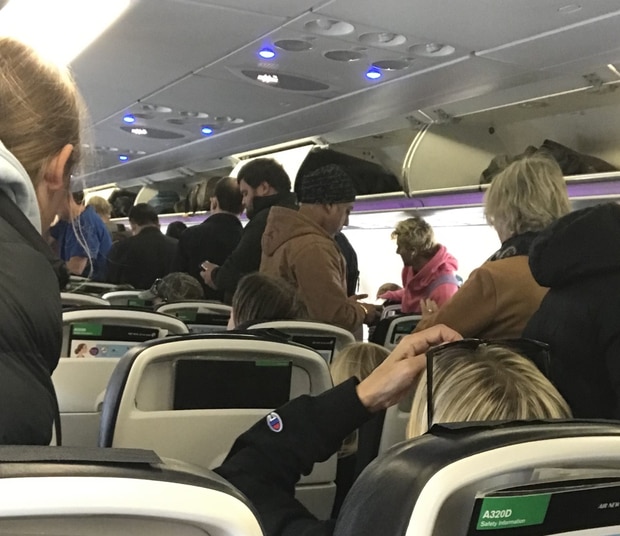 Two months worth of hard work over lockdown could have been broken in five minutes. Photo / Supplied

Meanwhile, a third person tried to sit in the passenger's row, the man was in seat A and a stranger in seat C, which would have also broken the distancing rules.

"This is a pretty unique situation where we're not meant to be close to people," he said.

"That was the first time I've travelled since lockdown and I felt like we were so exposed. It didn't feel any different from before [Covid-19]."

Elsewhere, the man thought the airports had done remarkably well in trying to mitigate any risk of coming into contact with other people.

Seating was spaced out in the terminals, the Koru lounge was closed, and there were reserved areas for passengers while waiting to collect their bags.

"That was all under control - it felt like they were making an effort in the airport," the passenger said.