The move in two years means staff will vacate its base, known as The Hub at 185 Fanshawe St, for newly remodelled office space in buildings it occupies at Auckland Airport.

Chief executive Greg Foran said the new HQ suited the airline that was about a third smaller than when the pandemic hit, but which is rebuilding.

"We have more space than we need in the Auckland CBD and are already paying for a precinct at the airport that has more than enough space to meet even our most ambitious growth projections. With building costs increasing and our CBD leases coming to an end, this is the time to get started on the work to bring our people together,'' he said.

Moving the city office to the airport will consolidate office space, significantly reducing the airline's property footprint, and reducing costs by 20 per cent over 15 years. After the design and construction phases, the move is likely in 2024.

There are around 500 to 600 staff working in Fanshawe St and there would be space for up to twice that number at the new site.

The airline is this week near the end of a process to raise $1.2 billion in new capital. The entrance to the new airport base at Geoffrey Roberts Rd. Image / Supplied

The airline's existing campus at the airport, 5 Geoffrey Roberts Rd, is being refurbished and expanded. It is owned by Auckland Airport and is near the airline's hangars and about 100m away from the runway.

Foran said it will bring its central Auckland team into the heart of its flight operation, future-proofing its infrastructure and reducing its property costs.

"Rather than building a brand-new space, we're refurbishing the existing one to bring our people together. There's a lot of history in the current building, and if walls could talk, they'd have some terrific success stories to tell.''

The airport is almost 27km from the airline's HQ at 185 Fanshawe St and just after rush hour this morning the journey was estimated at 26 minutes.

Foran said the airline had spent the last two years looking at how it could best set itself up for revival.

''We know we work best when we work together, and we have plenty of underutilised space at the airport campus to make that happen."

Foran said the airline would be creating an environment where the people who plan its future work alongside those who operate aircraft and work with its customers every day.

''Globally, this way of working is delivering exceptional results for customers and shareholders, and this is the right time to get ready for a move as we prepare for the global recovery in aviation."

Foran says the majority of more than 8000 staff are based in Auckland.

"The way people work has changed – this is our opportunity to set up a world-class hybrid work environment, with cutting edge digital technology so our people have the right tools.'' 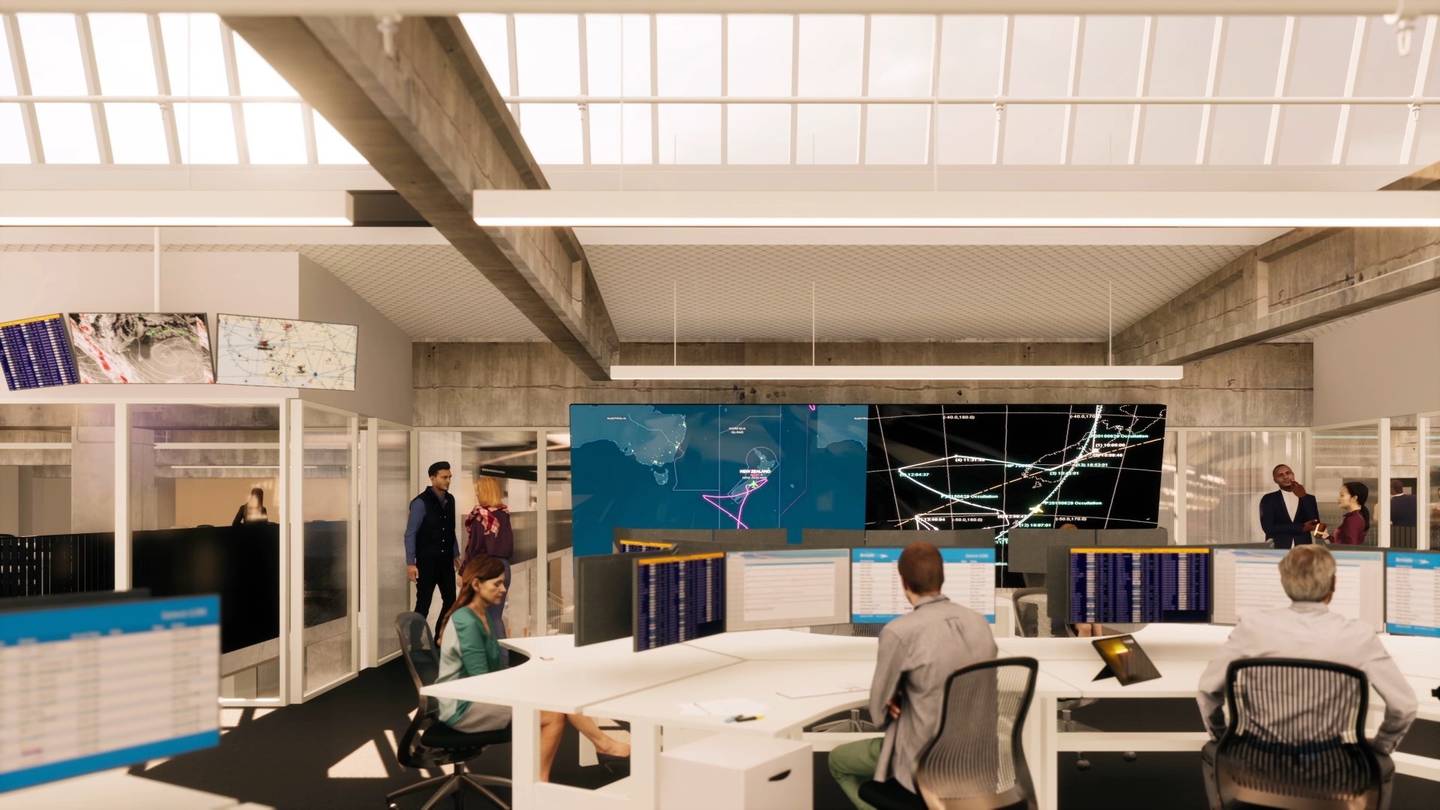 A memorial to victims of the 1979 Erebus disaster in the courtyard at The Hub would be moved to the airport site.

The airline has also announced it will begin building a new aircraft hangar.

The four-year investment will create a world-class aviation facility for Air New Zealand employees and its aircraft as the airline rebuilds.

The new 10,000sq m engineering facility – called Hangar 4 – was first announced in 2019 and will be ''world-leading in sustainability'', with a 6-star green rating and the largest single span timber arch aircraft hangar in the Southern Hemisphere.

"We're confident that our long-haul operation will return so investing now in a new hangar that will be large enough to house a 787 and two A320s side-by-side in one space makes complete sense.''

Existing hangars were built in the 1960s and 1980s and as the fleet has changed new buildings are necessary.

Construction of the hangar will begin this year.