Ports of Auckland is abandoning its controversial and costly container terminal automation project.

The Auckland Council-owned port will write off $65 million of investment.

Launched eight years ago and dogged by delays aside from Covid holdups, the project was experiencing continuing delays to full terminal rollout, not performing to expectations and the port did not have confidence in the project timeline or cost to completion, said new chairwoman Jan Dawson.

"With these uncertainties and the need to transform the port's performance, the board has determined the best course of action is to cease automation of the container terminal," she said.

The associated infrastructure development and automation projects were to be implemented by 2019 or early 2020.

The distraction and interruptions caused by the automation project have been blamed for the port, New Zealand's main imports gateway, letting down the New Zealand supply chain when the pandemic hit the world's port and marine freight sector with soaring consumer demand for goods.

Severe shipping congestion and delays at Auckland in the past two years prompted shipping lines to bring in congestion charges on top of climbing freight rates, ships to be diverted to Tauranga for offloading and headaches for Auckland and beyond manufacturers and retailers.

New Auckland port chief executive Roger Gray, 10 weeks into the job, said abandonment of the project did not mean the loss of all the investment and work that went into it.

New infrastructure built as part of the plan, for example the new wharf and cranes, would provide extra handling capacity, he said.

Auckland Council is seeking a review of the project decisions made by former chief executive Tony Gibson and the former board of directors.

The council, along with the port company, have consistently refused to reveal the costs of the project to the Herald in the past.

Mayor Phil Goff said the decision of the new port board and new CEO was "appropriate" in the circumstances. They were not to blame for the losses. The review will be done by the port board as soon as possible.

The $65m write-off was mainly the automation software and guidance systems, said Gray, who dismissed sector estimates the project and associated works had cost $400m-and counting. The project and the associated infrastructure development programme had delivered new cranes, now in use, "world-class" standard straddle carriers which would be converted to manual operation, new and much-improved terminal paving and increased wharf frontage, Gray said.

The write off would not impact operating profit or dividends to the Auckland Council, the port company's owner.

"It's an accounting transaction. The money has been spent. It will impact our reported result, the same as if we had a property revaluation."

Gray said 27 container-carrying straddle carriers which were to have been automated would be converted to operator-driven manual systems.

The straddles could be retro-fitted with a driver cab and the port was working through how to implement the transition. How much it would cost and whether the conversions would be immediate or progressive had yet to be determined.

However, the port would be moving directly to a four high stacking system for containers. Currently, the height stack is three containers. The port operates 37 straddle carriers in total.

It will retain the services of Konecranes, a Finland-headquartered company which has been its partner in the project.

Asked why it was sticking with Kone, Gray said while abandoning automation "wasn't great for anybody", Kone was a world-leading provider of port sector equipment and the port was confident it could work with the company into the future.

A board and management review of the project, started around the time Gray arrived, had included two independent assessments from qualified experts.

Their conclusion? "A lot more money and time was needed to make the system fit for purpose, although neither could say with confidence how long, or how much investment, that would take. In addition, there was an expectation of ongoing disruption to our customers."

With the automation effort ditched, Gray said the port could now completely focus on its core business and the back to basics approach it had adopted this year.

"Things are improving – substantially improving. I think you will see a very stable, consistent operation leading in the future. That's very important for the New Zealand supply chain and Auckland businesses and our shareholders."

The port aimed to be handling 15,000-16,000 TEUs (twenty-foot equivalent) a week next year. The proviso was labour and equipment availability but Gray was confident. The current weekly throughput is around 13,000 TEUs a week. As always, results were dependent on shipping flows through major overseas ports.

The Herald asked Gray, who came from two years heading Lyttelton Port, what concerned him about the automation project when he arrived 10 weeks ago.

"What concerned me most was the fact the system, particularly the software, wasn't yet stable and a number of interventions were needed. It was slow in how it processed and in general wasn't meeting the original business case.

"The other thing that concerned me was we couldn't put our finger on when we would have it performing at a level it was sufficient to do a full terminal rollout."

Implementing automation – a mission long cited by critics as challenging on an operational port – hasn't been the only cloud over the port.

It's been plagued by a string of fatal accidents and serious injuries associated with its operations, a damning independent health and safety report commissioned by the council owner, low productivity, and weak financial performances and dividend returns to Auckland ratepayers.

The death of new father Atiroa Tuaiti, 26, in April this year in a fall, brought the death toll associated with the port to four in five years. 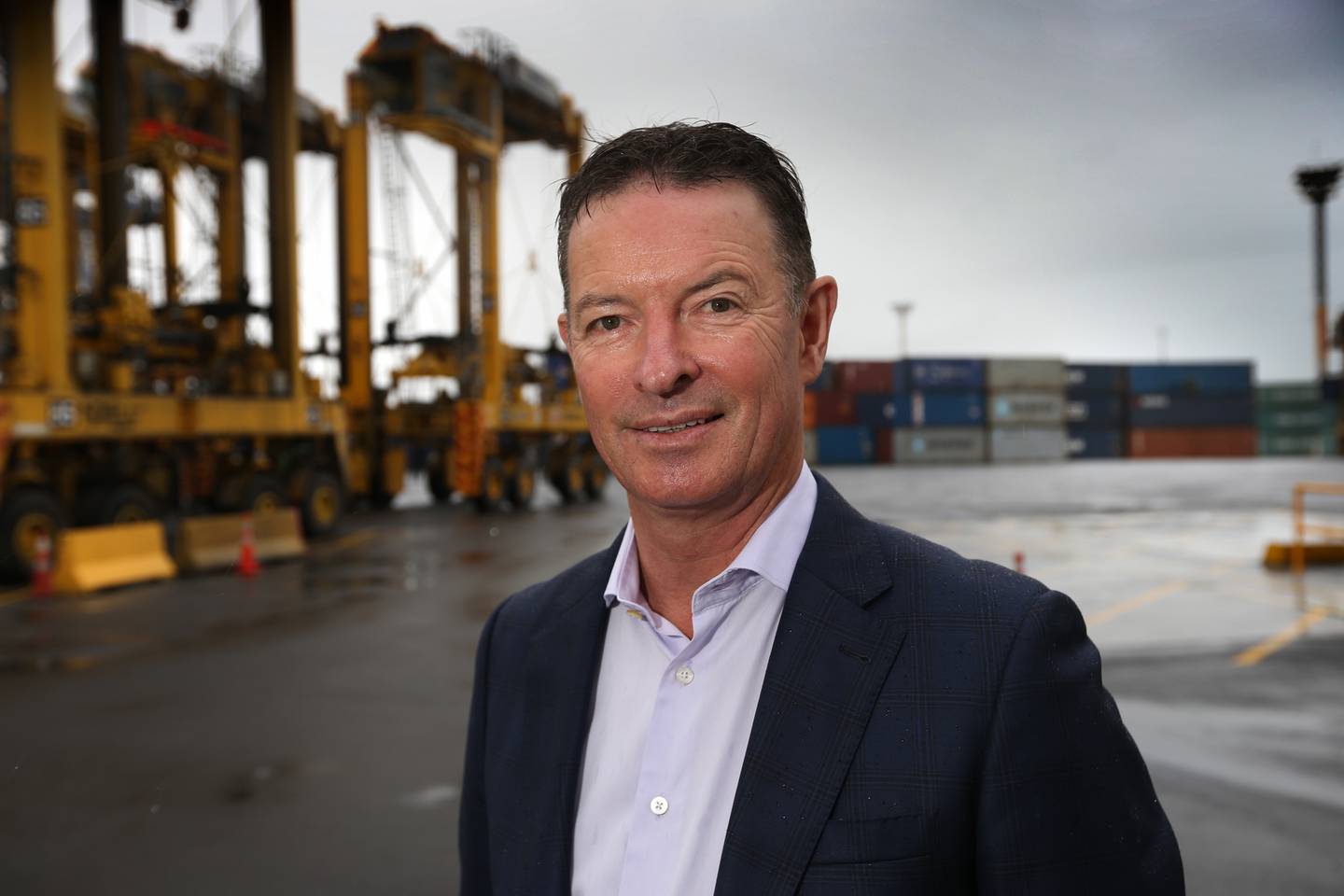 The port company, and former CEO Gibson who departed suddenly last year with a nearly $1m payout mayor Goff called "unjustified", are facing court charges laid by Maritime NZ following the 2020 death of port worker Pala'amo Kalati, 31, a father of seven. If convicted the port could be fined up to $3m.

Part of the council's response in recent months to the controversies has been to replace most of the board of directors. The council had ordered an independent review of the automation project on completion.

The Ministry of Transport last year acknowledged "the frustration and impact to market players experienced across the supply chain in Auckland" from issues arising from the automation project delays.

As NZ Inc frustrations with the port began peaking in April last year, senior Auckland councillor Chris Darby said the council had been "a lazy port owner" and urged it "to stop hiding behind" the law governing ports, which decrees they should operate independently of local authority shareholder operational and performance interference.