The clean-up has begun in Auckland suburbs hit hard by a massive storm that enveloped the city on Monday night forcing evacuations and cutting off roads and power.

But some roads remain closed and will cost millions to repair before they can be used again.

About 50 homes were evacuated after the storm, families fleeing in the night as floodwaters rose.

Firefighters used a jetski to reach some who were trapped and surf lifesavers used IRBs to help rescue stranded people.

Civil Defence and NZDF were also called in to assist emergency services as calls for help went through the roof. 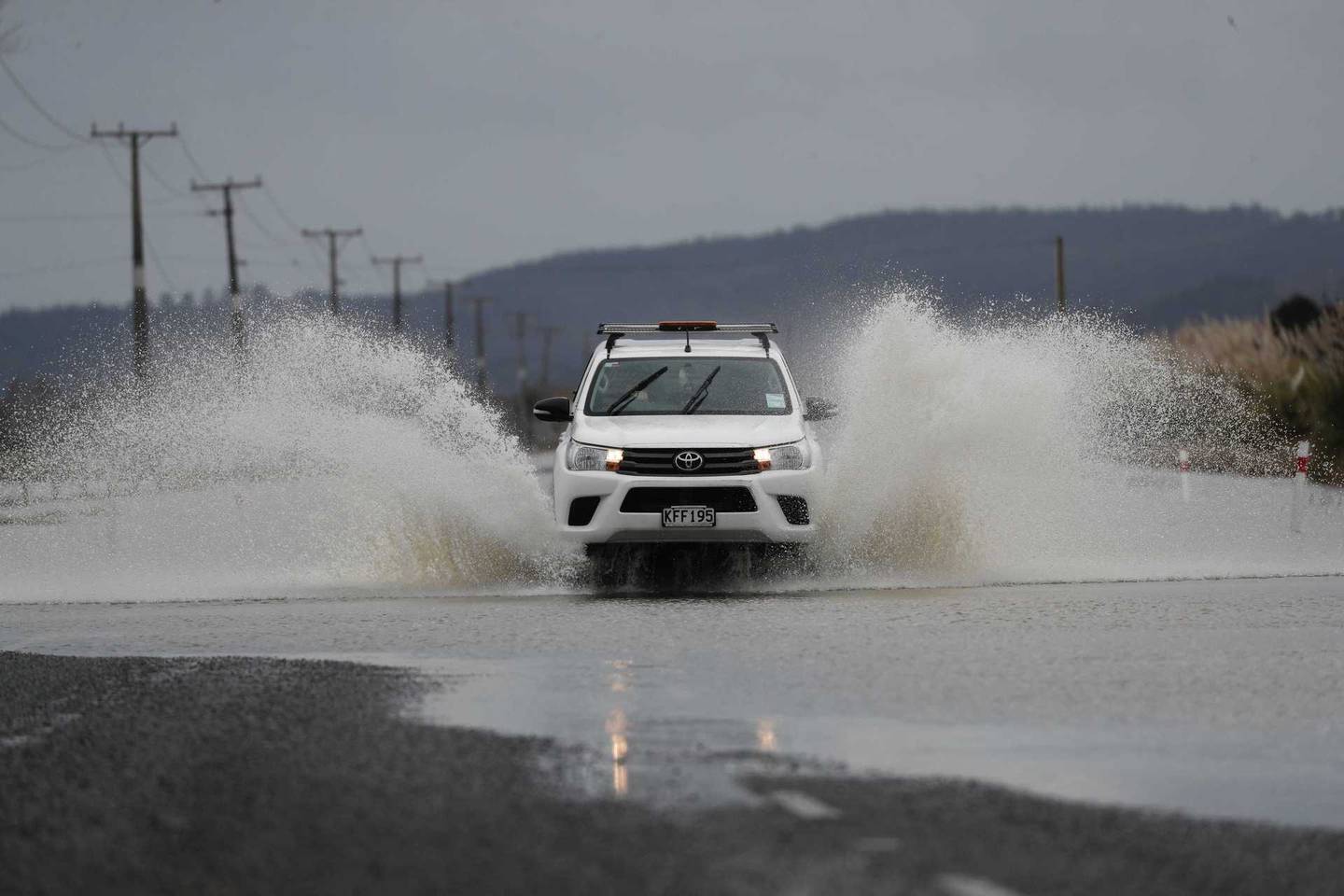 The storm resulted in the most rain to hit Auckland in a single weather event since 2017, with 90mm coming down each hour at storm's most ferocious moments.

A Vector spokesman said crews had "worked around the clock to restore power".

"Several areas including Piha and Bethells Beach had power restored on Tuesday evening,' he said.

"The power was also back on in Huapai this morning after extensive flooding restricted our crews from accessing the area."

Vector wanted to acknowledge its hardworking crews working on the front line.

An Auckland Transport spokesman confirmed there were still five roads in the West Auckland area that remained closed.

"We are looking at a bill of two to three million dollars to get them up and running again," he said.

"The one affecting the most people is Bethells Road toward the beach. Part of the road is washed out and we are looking at options for getting temporary access across nearby private land.

He said Mountain Road has a slip and there is also a slip on Lone Kauri Road.

"Both of these could take some time to repair. There are two house cut off on Lone Kauri Road.

"There are slips on Te Henga Road from Falls Road to Bethells Road, there is a detour available and Opanuku Road has trees across it in a couple of places."

Today locals in West Auckland are doing what they can to get their homes habitable.

The water has largely receded from Kumeu town centre, leaving behind debris hanging off the tops of fences that were yesterday underwater.

The owners of businesses hit by the flooding are sweeping factory floors and removing silt and debris.

Further north towards Helensville part of SH16 remains impassable to all but trucks and 4WDs. 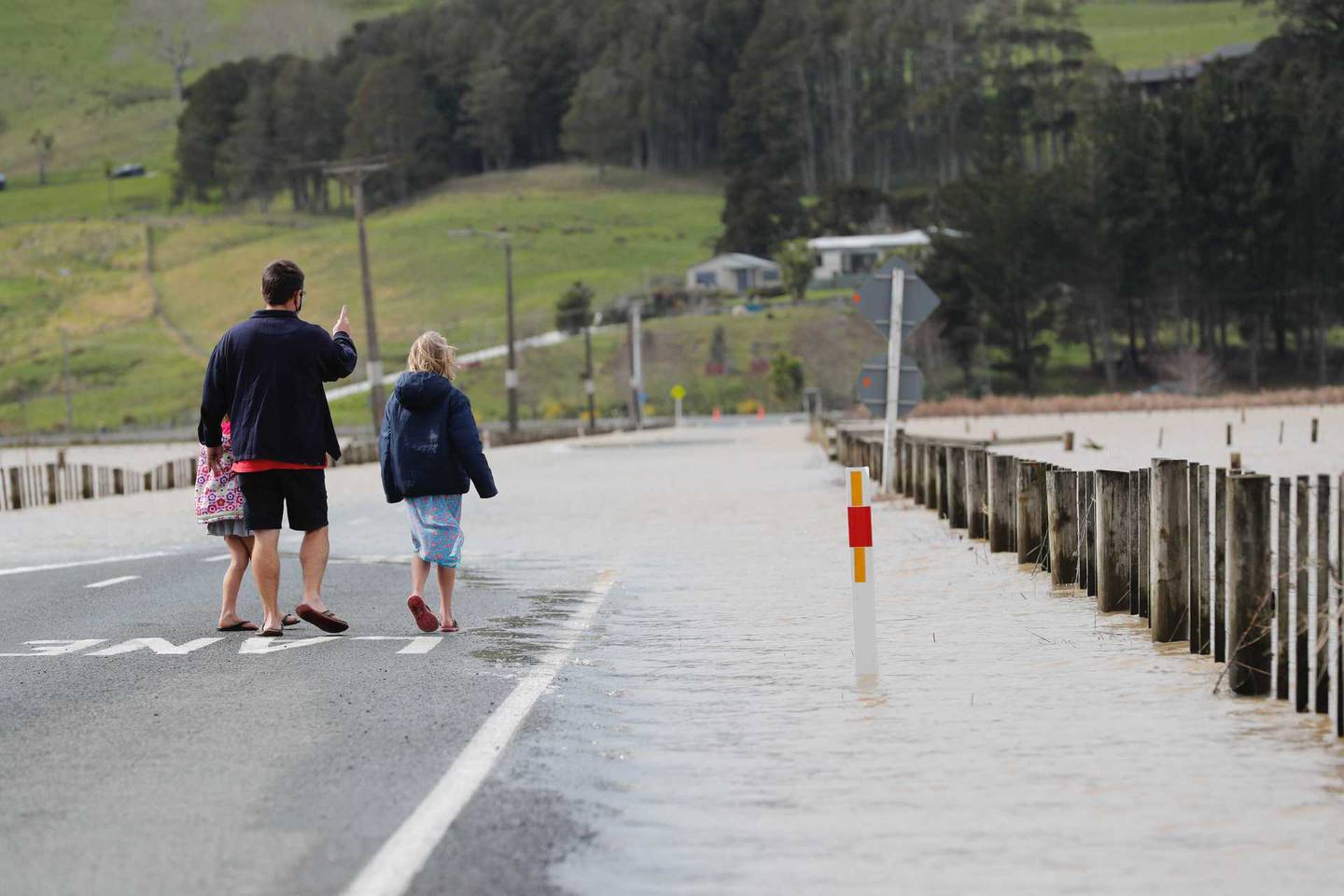 Leon England with his daughters Mckenna and Emeliya surveying the flood near Woodhill. Photo / Dean Purcell

Flood waters are still covering paddocks on both side of the road and highway.

Farmer Thomas Grace has been this morning moving stock to higher ground near Kiwitahi Rd, which is also still underwater.

"I'm giving them some hay and dry land."

Grace, who has lived in the area since 1947, said 100ml fell in his rain gauge yesterday.

"I have lived here all my life and the flood yesterday would have been the highest, if not one of the highest I've seen." He expected the water would recede right back within the next 36-48 hours. After that he said it wound take a couple of good downpours to remove all the mud and debris.

His stock survived but not all were so lucky; one animal lay dead on the side of the road.