It comes as police hone in on those involved. Officers announced their first arrest yesterday afternoon and more are expected.

In the latest video sent to the Herald, up to 75 motorcyclists are captured riding down an Auckland street on Saturday afternoon, Waitangi Day.

At times, some can be seen pulling wheelies and other dangerous manoeuvres, including riding on the wrong side of the road.

The footage was caught on a dash cam on a vehicle parked on the side of the road. 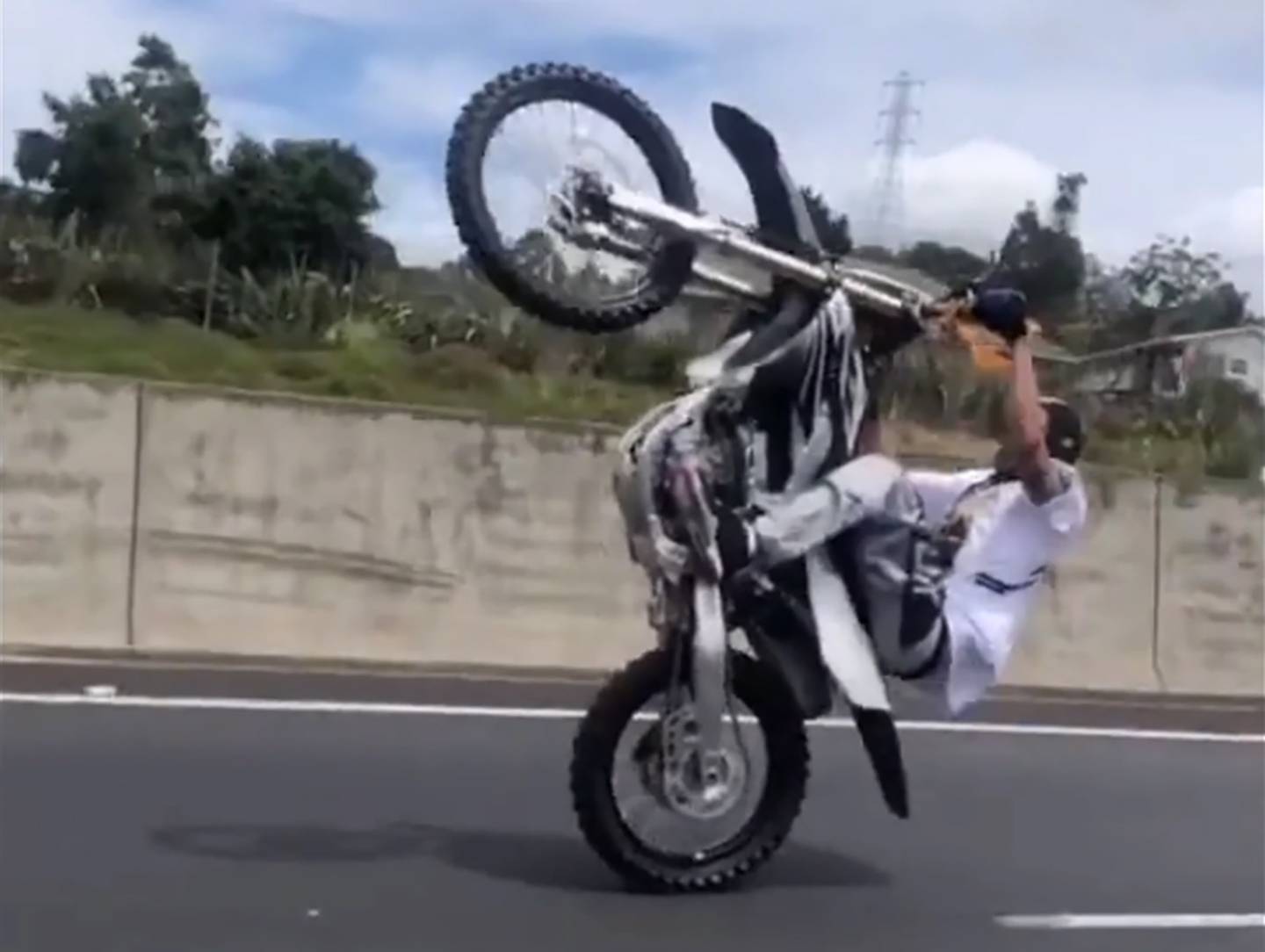 More footage has emerged of the dirt bike riders who rode through parts of Auckland over the weekend. Image / Supplied

Tāmaki Makaurau road policing manager, Inspector Scott Webb, confirmed yesterday that a person had been arrested on Saturday and was charged in relation to alleged dangerous driving behaviour.

Police were following strong leads, he said, and further prosecutions are likely.

"Police were aware of the dirt bike ride and monitored the situation at the time.

"[We] wish to thank people for the large number of calls that were received relating to driving offences involving the group." 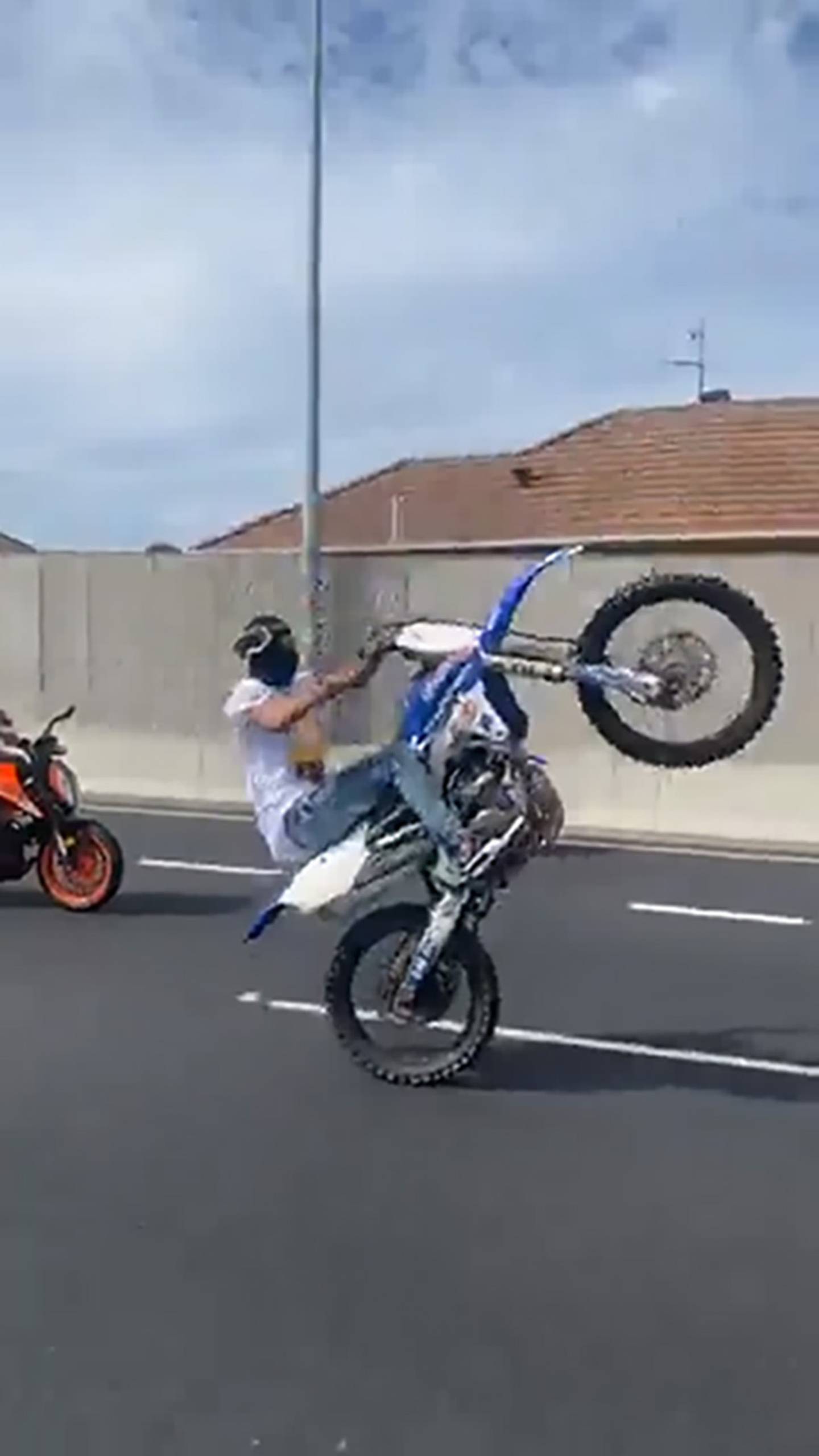 A dirt bike rider shows off a wheelie on a motorway in Auckland over the weekend. Image / Supplied

Webb said CCTV footage, members from the public and "other means" were enabling police to identify more the riders involved - and their dangerous behaviour.

"Police want to reassure the community that we do not tolerate dangerous or reckless driving behaviour that puts the safety or road users at risk."

Officers are continue to look through footage to work out offences and identify riders.

Webb said: "The actions of the group of riders are dangerous and disappointing and show a blatant disregard for their own safety - as well as the safety of other motorists."

Can you help? Anyone with information about the identity of any of the riders involved is urged to contact police on 105