A moment of motorway madness, an impressive burst of athleticism and a dash of misplaced neighbourhood pride all combined into a bizarre scene on an Auckland motorway on Monday.

The action all played out on the city's Southwestern Motorway on Monday, with onlookers stunned at what they saw.

Video of the incident was shared online by Twitter user @yalemiki275, who wrote: "I can't believe this all unfolded in front of me."

Video shows two warring hatchbacks bump each other under the Massey Rd overbridge in Māngere, before the next clip shows the blue hatchback violently swerve across the lanes and make contact with the white vehicle. 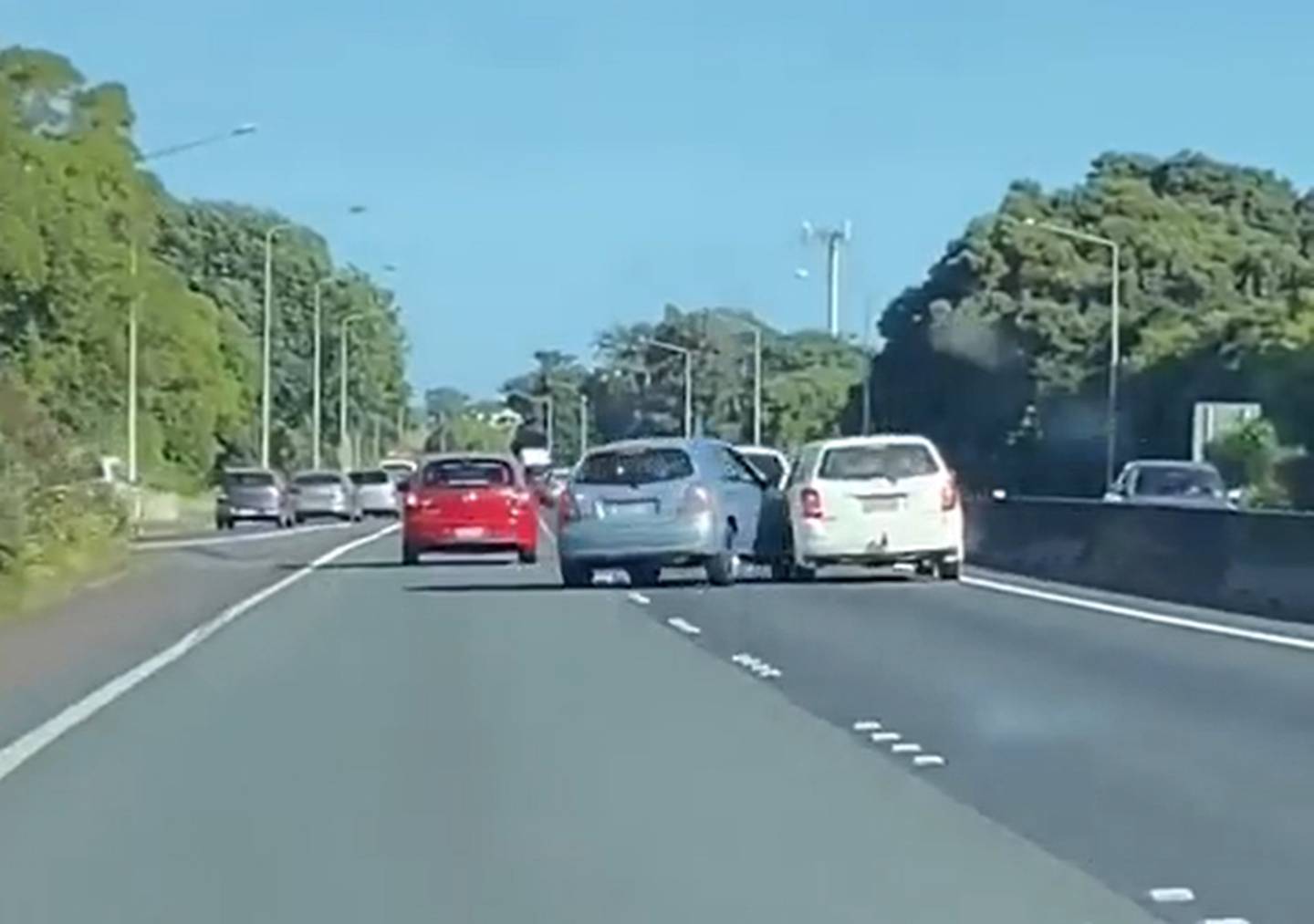 By the time the cars reached the Puhinui Rd exit, the blue car was banged up and stopped sideways across the offramp, blocking traffic as a man believed to be the driver stands by a piece of debris, looking down the motorway.

Dressed in a high-vis and Red Bands, with an impressive mullet, he cuts a striking figure.

Then we see that same man, wielding an object above his head, chasing another gentleman down the offramp at pace.

The fleeing man appears to have bested his opponent, showing the armed man a clean pair of heels as he quick-steps down the offramp.

A separate video gives us an idea of what he was facing, showing the driver of the blue car screaming at his target: "M*****f***ing Rewa!" 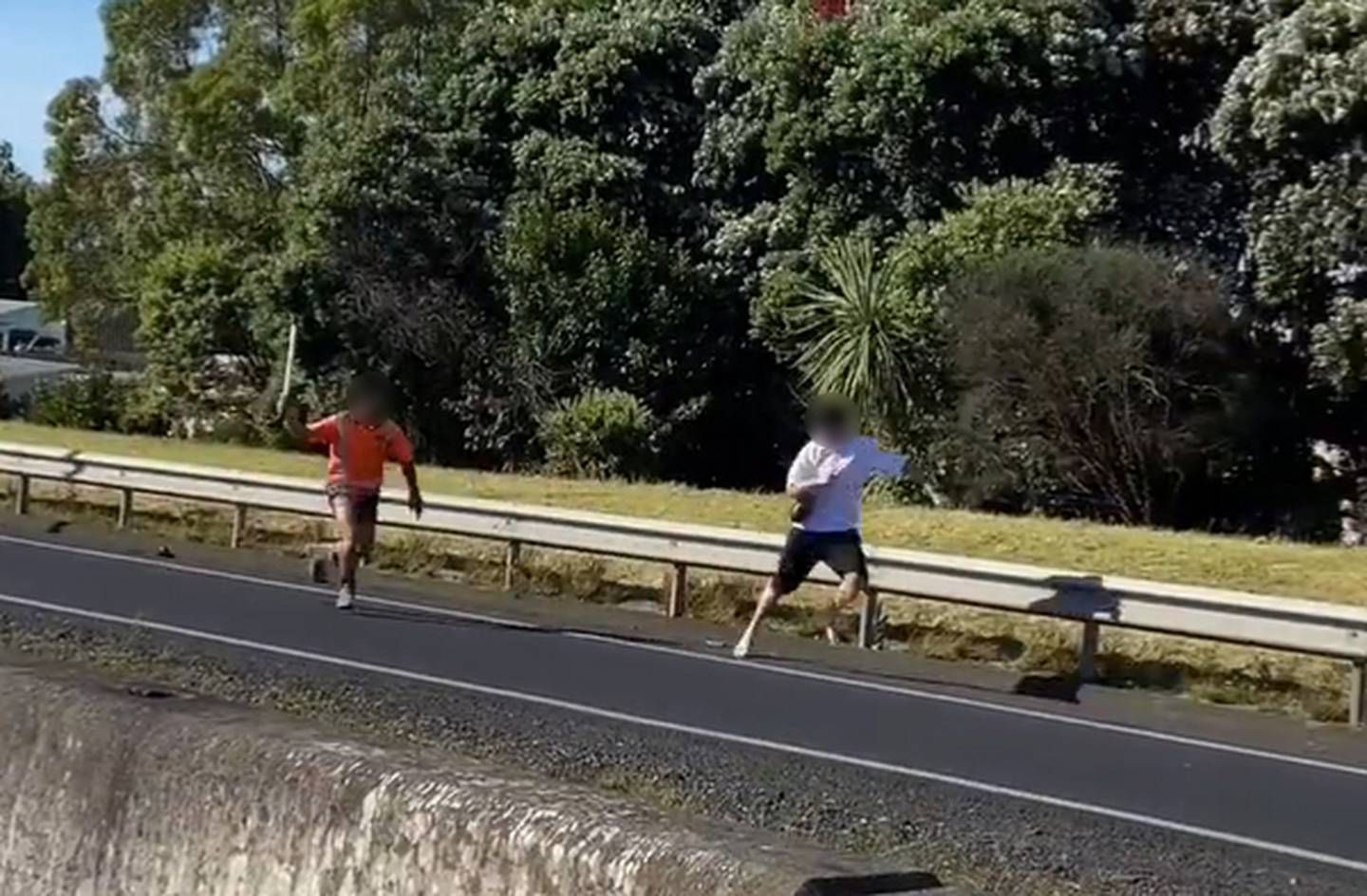 Commenters online were as stunned as those who witnessed the scene in the flesh.

"I have never wanted to know the back story to something more…can someone buy the movie rights!!!" one commented.

"Please add this beautiful cinematic masterpiece to the next New Zealand Tourism ad," another joked. The man claimed Manurewa, but does Manurewa claim him? Photo / @yalemiki275

The man's proud claiming of Manurewa didn't sit well with some commenters.

"We do not claim him," one wrote. "We shall pass him on to the people of Māngere."

That saw a swift offload from Māngere.

"On behalf of Māngere, we will give them to Ōtara," came the quick response.

In a statement, police told the Herald: "Police did attend an incident on the South-Western motorway yesterday afternoon involving a crash between two vehicles, however when we attended there was only one vehicle left at the scene which was blocking the Puhinui Road offramp.

"Both drivers had also left the scene. The vehicle that was blocking the offramp was removed.

"Police have subsequently been made aware of this footage and we are making further enquiries to establish the full circumstances surrounding this incident. One of the drivers has been spoken with and witnesses have also been spoken to. Our enquiries are ongoing in relation to the driver of the second vehicle."