Earlier this month Auckland videographer David flew his drone up over the thermal resort in the hope of exploring the water park he had many childhood memories in.

But when he saw the footage, it left him depressed, describing the resort's state as "bleak". 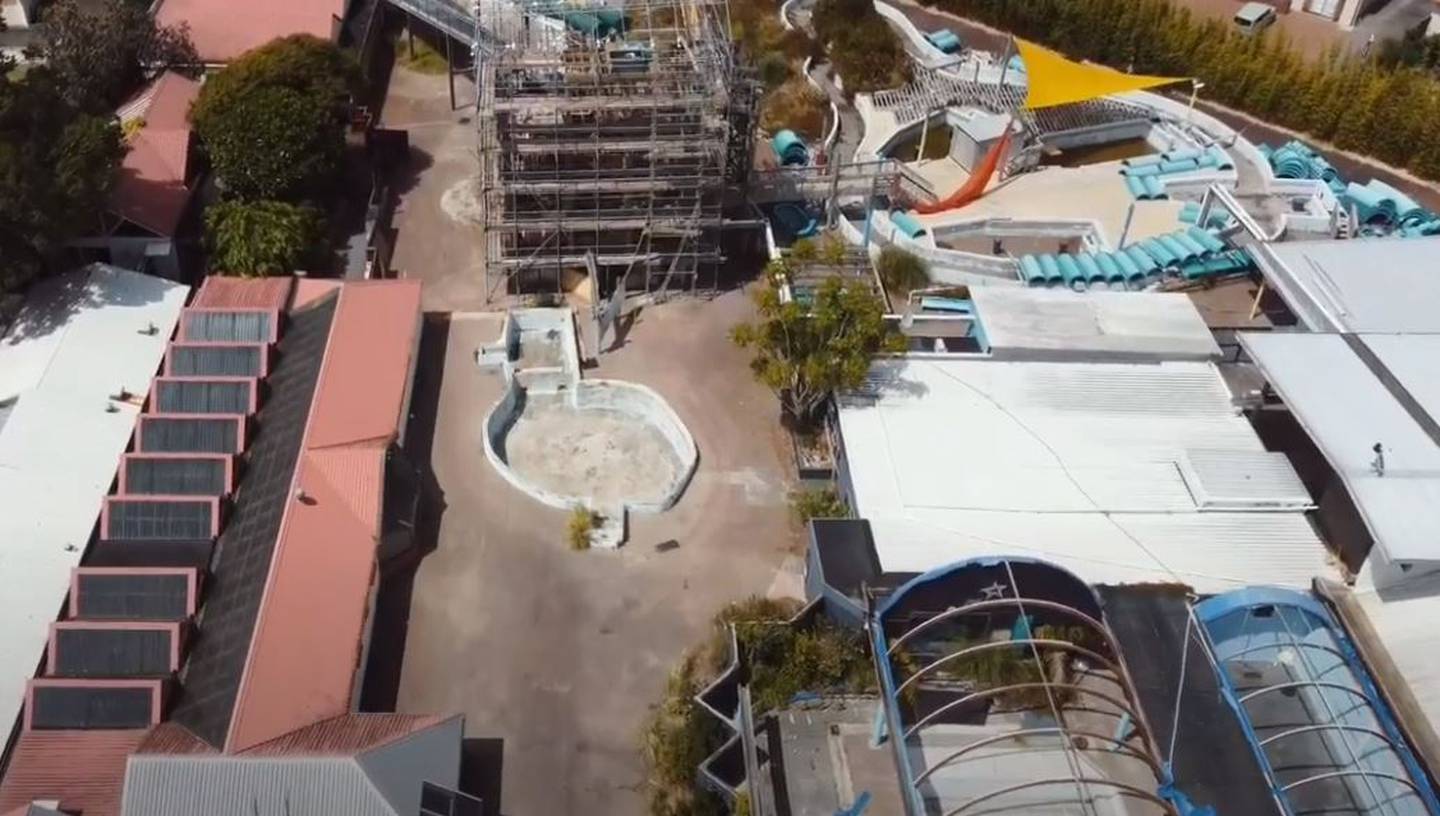 Waiwera Thermal Resort was once New Zealand's biggest water park. This is what it looks like now. Photo / Supplied 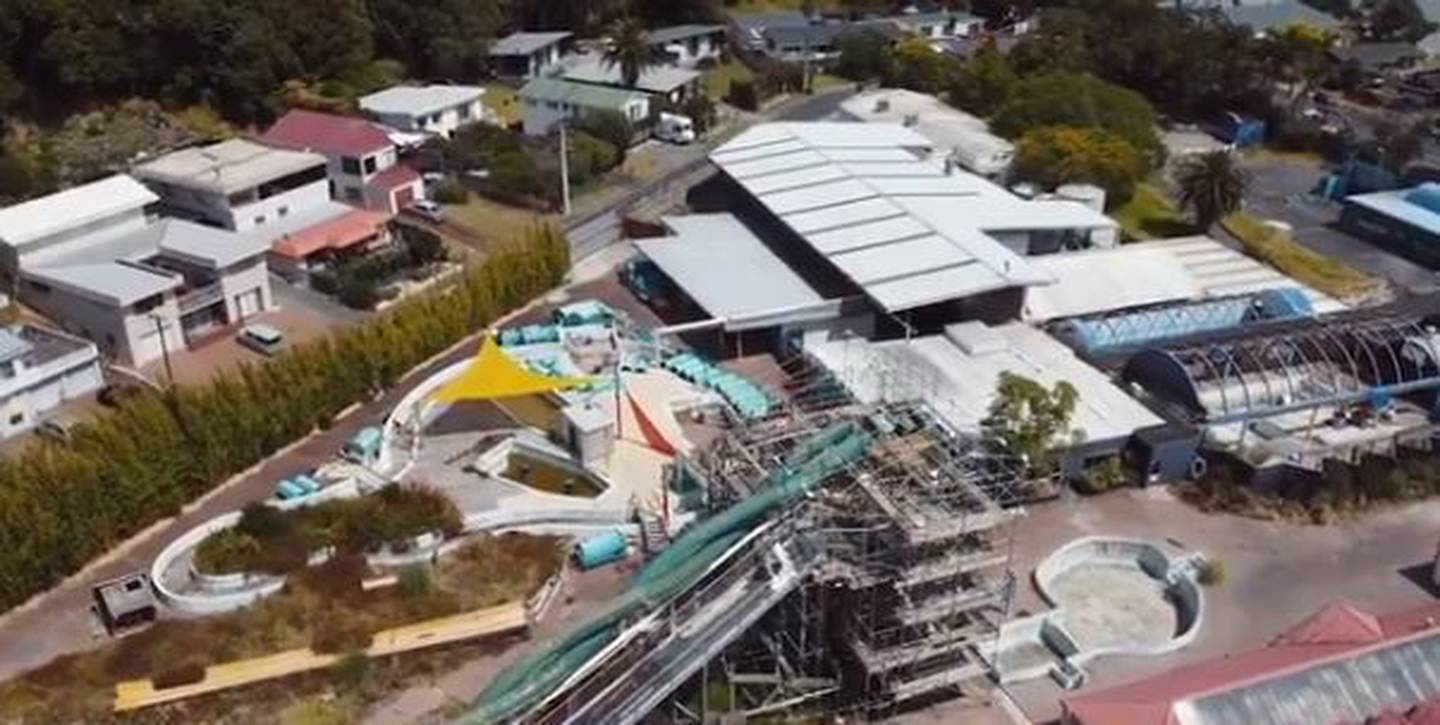 "I used to go there a lot as a child. I wanted to look at what it's like now. I was quite excited to see what's up there but it was rather depressing to see what it has become now.

"It was not what I was expecting. I thought there were going to be more slides and pools. It's smaller than I thought," he told the Herald.

Decaying rides are visible while the waterslides have become discoloured and dismantled with yellowy-brown murky water collecting in empty pools.

The roof to the old movie-theatre pool has been removed, and dismantled slides are seen sitting collecting moss and debris on the grass. 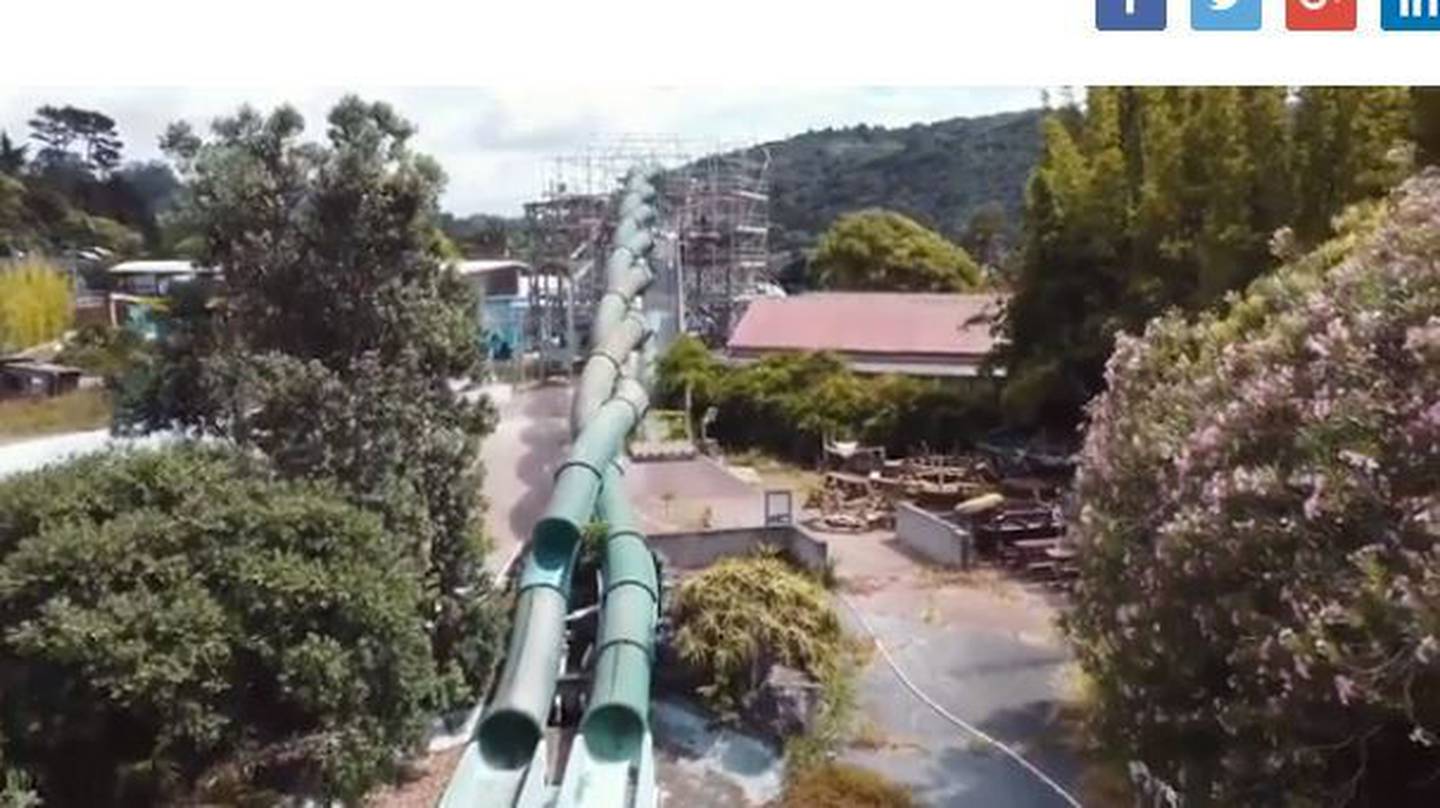 Only one slide remains intact, and it is now greatly discoloured. Photo / Supplied 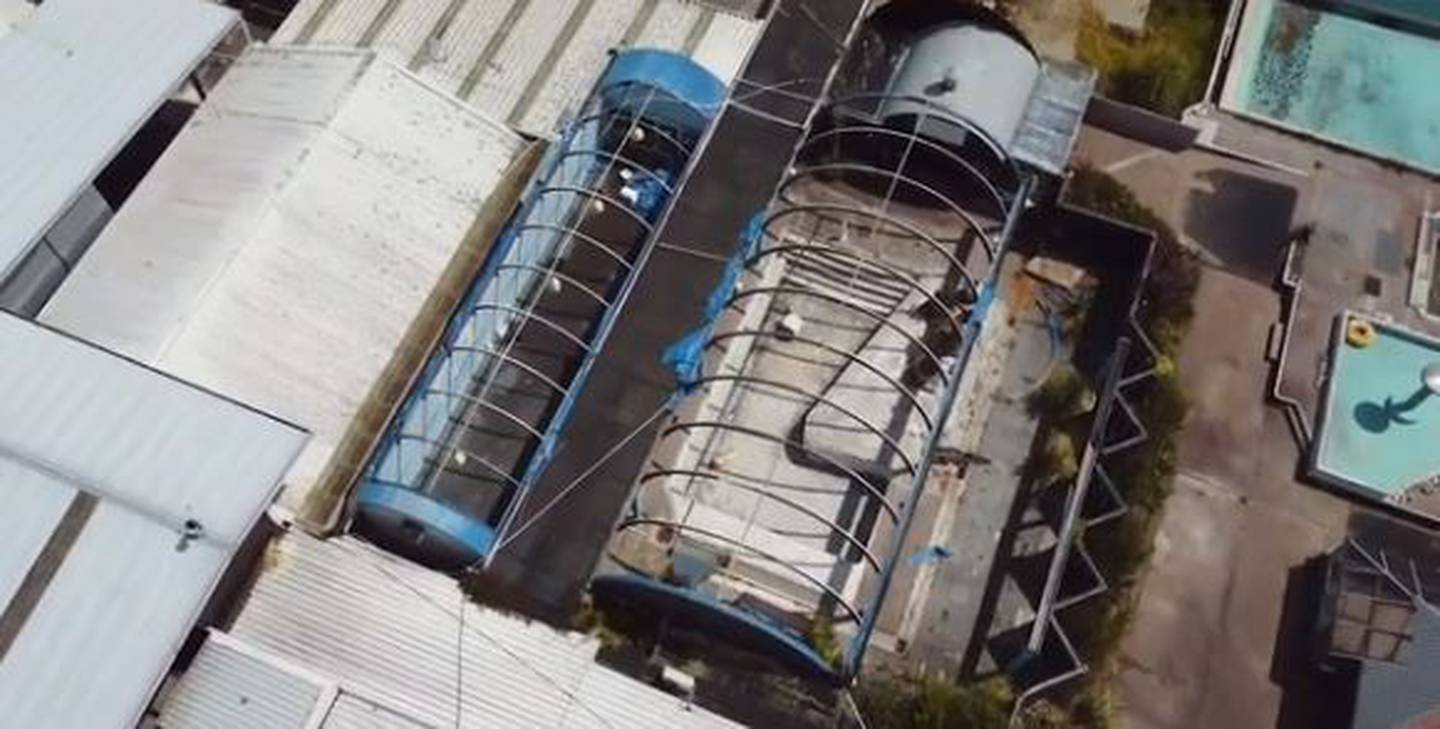 The roof to the old movie-theatre pool has been removed, and empty pools are seen collecting dirt and debris. Photo / Supplied

David says he originally wanted to show what Waiwera looked like without the water, but instead of bringing back positive childhood memories, the footage painted a depressing picture of what the vibrant attraction had become.

"We sent the drone up for about 15 minutes and sadly all of the footage was pretty depressing.

"I just wanted to share the footage to show what was there and give a glimpse of the size of the place.

"When you are a kid there you picture it being a really sizeable place but there wasn't as much there as I thought."

The iconic Waiwera hot pool complex closed its doors for a $3 million renovation in February 2018 and has never reopened.

Instead, the past two years has seen court battles over rent and trademarks, liquidations, cancelled leases, and a realisation that the damage to the infrastructure of the 50-year-old water park (and its more recent bottling plant) is so bad almost nothing is salvageable.

Which leaves residents with a "bomb site" on their doorstep, and a hole in their local economy. They are asking what is going to happen - and when.

But there's a potentially happy ending to the tale: the present owners in September 2020 made preliminary decisions on a $250m masterplan.

Evan Vertue, Waiwera project director for property company Urban Partners, said the pools and the slides could return to Waiwera, along with a day spa, a hotel spa complex, a micro-brewery and apartments.

"We are very advanced with our council resource consent for the extraction of the geothermal water," he said in September.

While the wellness/spa complex might be a cheaper and less risky project, Vertue reckons it makes sense to start by building the water park and slides.

"It's a strong, high-foot traffic attraction and would get Waiwera on the map.

"We haven't scoped up the whole investment, but we are in the $250m stage, so we are going to look for other parties to hold hands with us on this one."

They say the whole project could take as long as 10 years.