Vogue magazine calls it the "Hamptons of New Zealand", tennis star Serena Williams announced her engagement from there and Bill Gates and Beyonce have holidayed there - but Waiheke Island is full of "lunatics and activists" according to the former boss of Auckland Council.

Doug McKay, chairman of the Bank of New Zealand and Eden Park Trust, was about to make a presentation to Auckland Council's Finance and Performance meeting via Skype Thursday morning when he made the blunder.

"Waiheke was a... spot, when I was running the council and it's just full of activists and lunatics," McKay said during submissions from the Waiheke Health Trust.

"And the other people who go over there just go over for the weekend. You know, lock up their baches and go away. These lunatics stay there."

At this point one of the Auckland councillors said: "You'd better tell him he's online". 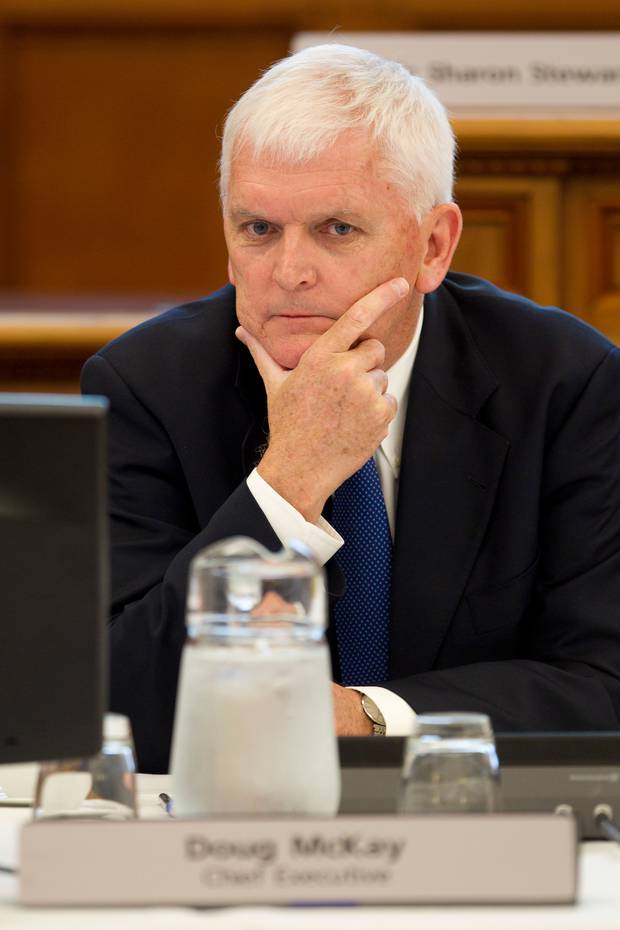 Doug McKay was Auckland Council's first chief executive after the formation of the Super City in 2010. He held the role until 2014. Photo / NZ Herald

Finance and Performance meeting chair Desley Simpson warned: "There are people with their mics on who are saying things that may not wish to be recorded in public. Could you just check your mics please."

"It's outrageously ignorant," one meeting participant told the Herald. "If that's Doug McKay's voice, and I think it is, he should be apologising today."

McKay was the inaugural chief executive of Auckland Council when the Super City was created in 2010. He is also an officer of the NZ Order of Merit and is on the boards of Bank of New Zealand, National Australia Bank, IAG Insurance and Genesis Energy.

He did not return calls from the Herald.

Waiheke local and property developer Shane Brealey was not impressed with McKay's characterisation of him and his neighbours.

"What a dick," Brealey said.

"There are always a handful of people in every community who do like to protest change and I guess Waiheke have a few that make the headlines more frequently than from other places.

"I guess trying to categorise the island as that type of people is just wrong. There are all walks of life here, but you can't categorise Waihekians as he did."

"When I was at sea in the 70s and 80s the sailors called it 'Cadbury's Island - full of fruits and nuts'. We Waihekeans just ignored it," Lee said.

"That was of course before the nouveau riche found the island. If Doug McKay was accidentally overhead, courtesy requires he be given the benefit of the doubt."

Over the past two decades, Waiheke Island has increasingly attracted wealthy residents and holiday home owners.

In 2017, US fashion magazine Vogue called Waiheke the "Hamptons of New Zealand" and celebrities such as Bill Gates, Madonna, Justin Timberlake, and Beyonce have all holidayed there.

Also in early 2017, Williams announced her engagement during a romantic trip with fiancee Alexis Ohanian to the island while in Auckland for the ASB Classic.

Waiheke app developer Eric Hillman points to the 2000 and 2003 America's Cup races, and the rich and famous who washed ashore in their pricey wake - they came to watch the race, and stayed to buy the venue.

Entrepreneur Mike Hall said old and new Waiheke residents even have different names: Waihekians and Waihitians. The former are those who have been resident 20 years or more; the latter, for less.