Vandals have torn down a brand new $675,000 home after breaking into a construction site overnight and seemingly hot-wiring a digger.

Workers arrived at the Flat Bush site this morning to find the vandals had sent a 20-tonne digger's bucket smashing into the home's roof and walls, meaning it would now need to be totally rebuilt.

They also used a second, smaller digger to damage concrete foundations laid for a complex of 80 apartments also being built on the DDL Homes site.

DDL Homes owner Baljit Dheil said the seven townhouses attached to the smashed home appeared not to have been damaged. 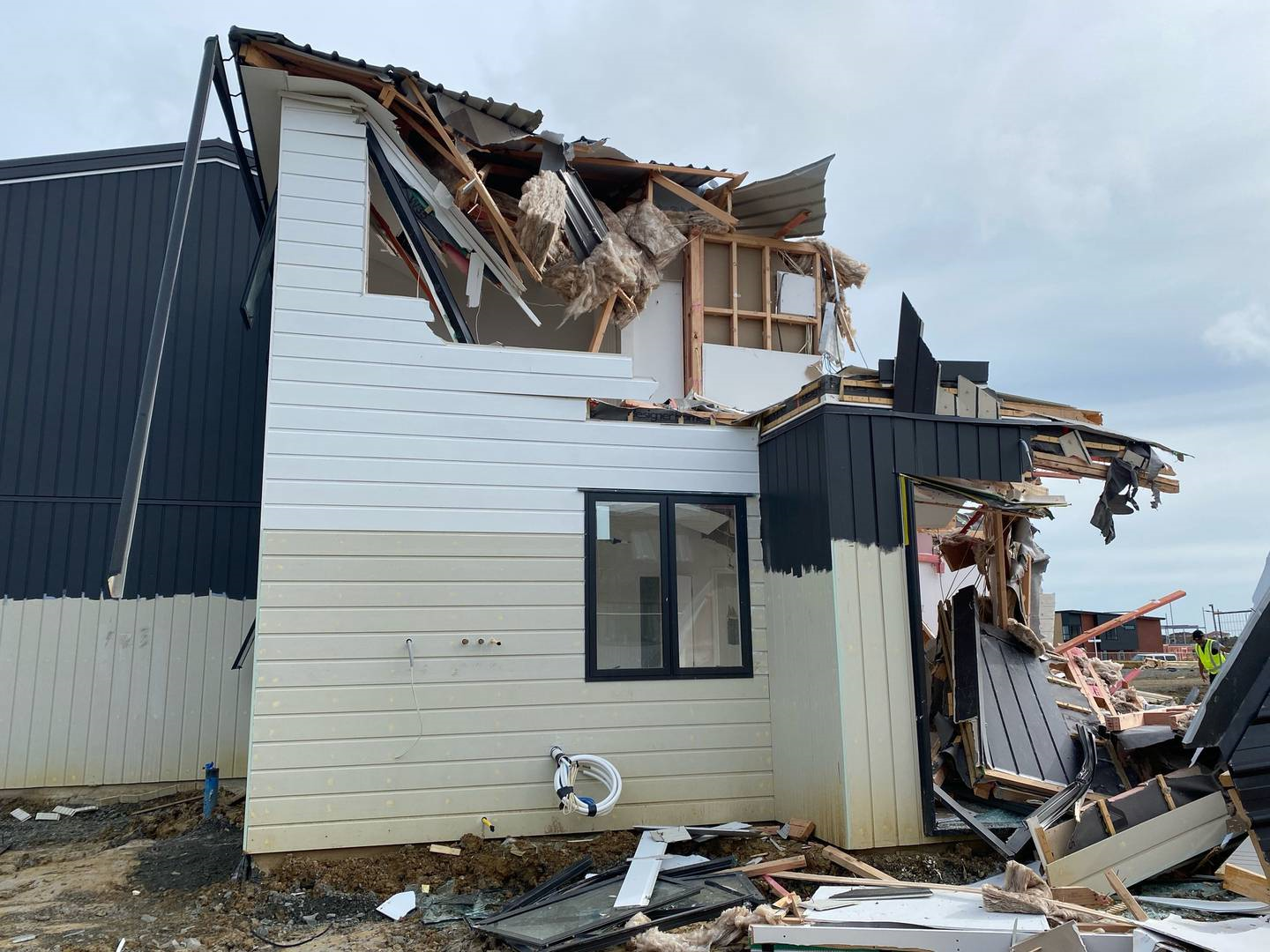 But should they also need to be rebuilt, the repair costs could stretch past $1 million.

The damaged home had also been just one month away from being handed over to its new owners.

"We feel shock and really don't know why someone would do that," Dheil said.

She said she had never heard of a similar incident.

"Even police were saying this morning they've never had a case like this where someone came in and demolished a whole brand new house," she said. 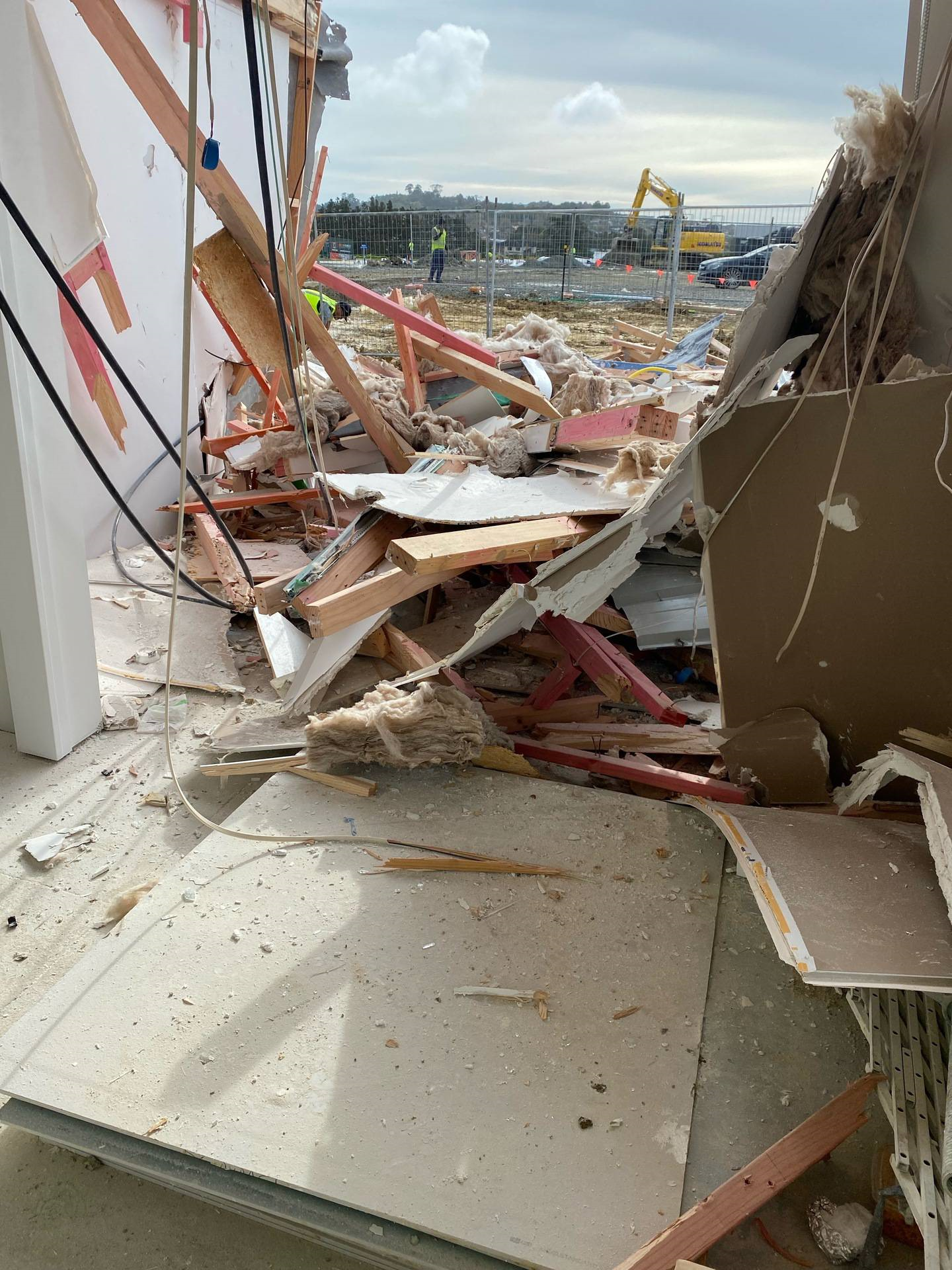 Debris left behind by the vandals. (Photo / Supplied)

GPS data from the diggers showed the vandals had been on the site for hours.

They started the first smaller digger at 1am on Friday and used it to "attack" and drive over the concrete foundations of the new 80 apartment complex, all of which had been pre-sold.

The damage meant the entire foundations would now have to be pulled up and relaid, Dheil said.

She didn't know how much that would cost.

The vandals next started the 20-tonne digger about 3.30am and tore apart the townhouse. The digger and damaged home at the Flat Bush site. (Photo / Supplied)

Due to be handed over to its buyers, everything had already gone into the home, including the kitchen and bathroom finishings. The workers were only waiting on carpet and flooring.

There would also be a two-to-three-month delay as all the materials - including the prenailed frame - had to be reordered and delivered, and builders rehired.

There was also concern the seven other townhouses attached to the home had also been damaged. Inspectors would now take a look.

"It doesn't look like there is damage, but we have to check it," Dheil said.

She said it was lucky the 20-tonne digger couldn't be easily turned or manoeuvred to face the seven other dwellings, or who knows what would have happened. 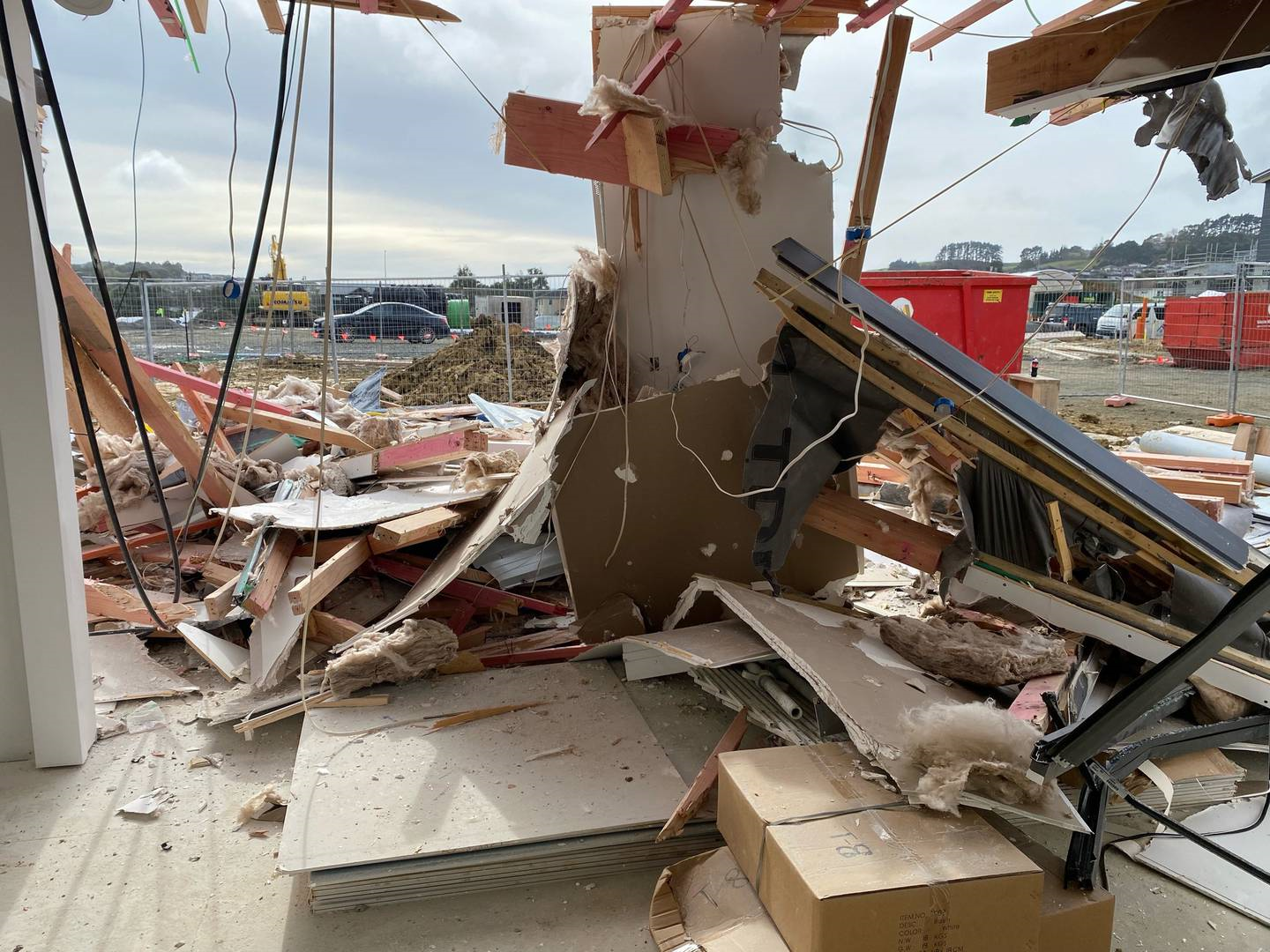 The damaged home will now need to be completely rebuilt. (Photo / Supplied)

The buyer of the damaged home took news of the vandalism as philosophically as possible, saying "what has happened has happened", Dheil said.

She had no idea who the vandals were or how they started the digger.

DDL Homes was now filing an insurance claim and said an assessor would be coming out to inspect the damage.

The site didn't yet have security cameras.

But DDL Homes had been working on setting up security and cameras after thieves broke into site's portable container one month earlier and made off with computers, microwaves and other goods.

Police confirmed they were investigating but said inquiries were still in the early stages.

"Anyone with information can contact Police by calling 105 and quoting the file number 210611/6076," a spokesman said. "Information can also be provided through Crimestoppers anonymously on 0800 555 111."

A door knock of nearby neighbours by Dheil's team was also yet to yield any clues.

"We went around all the neighbourhood, but nothing at this stage."