The delicate balance of life in Auckland's Viaduct was disrupted overnight as the pride of Soul Bar and Bistro was swiped by brazen trolley riding cat burglars.

One of two distinctive 80kg stone lions that guard the entrance way to the stalwart Viaduct restaurant, Soul, was stolen just before 2am this morning.

The entire uplift by two men was captured on CCTV and it's fair to say this was no calculated royal ambush of the likes which Scar dethroned Mufasa.

In the footage one man can be seen pushing the other sitting on the trolley as they pass Soul restaurant on the Viaduct promenade.

It then takes more than a minute for the two to slowly shift the $1000 stone lion onto the trolley.

Another CCTV camera then captures one of the thieves pushing his mullet haired accomplice as he rides the trolley with statue in tow out of the Viaduct. 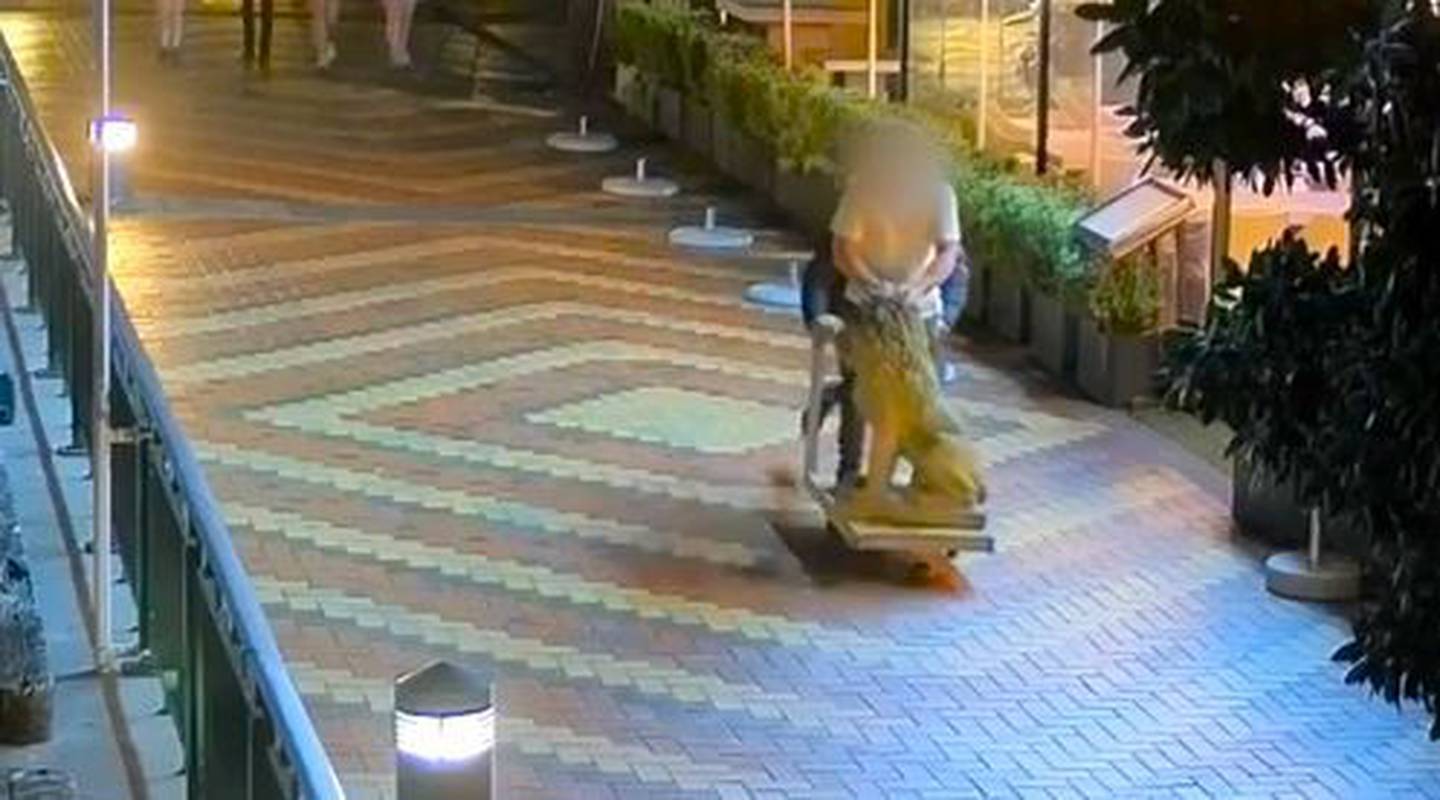 The thieves rolling away with lion statue laughing. Photo supplied

Soul Bar commercial manager Olivia Carter said around 5pm today they still have not been able to locate the lion, and it's a cruel blow after such a tough year for hospitality.

"I think they've stolen the trolley from somewhere," Carter said.

"I guess what I find quite frustrating is that it's been such a tough year, opened, closed and now you're spending hours of your day when you need to be focusing on other things from two guys who thought it's funny. But that costs us money as a business."

Carter said the lions had been an enduring attraction for their patrons since the restaurant opened in 2006.

"They're just out two lions out the front. We quite love the look of them," Carer said.

"It's super surprising how many people come up and get their photo taken with the lion, under the Soul sign. It's one of those things that have been fascinating even to me to be honest. People really love those lions."

Soul bar has consistently featured in Auckland's top 50 restaurants over the past decade and has been an institution within the City of Sail's social scene - attracting such guests as Beyonce and Jay Z over the duration.

"It's actually struck me today, we've had quite a busy lunch and so many of our customers have come up and said 'oh my God, there's a lion missing'. A few people have noticed, but the reaction has been 'what idiots would do that?'.

Carter says they are hoping to get more CCTV footage from a nearby building where they believe the thieves dumped the trolley and presumably loaded the 80kg lion into a vehicle.

"From there we might be able to potentially pick up where they've put it in the car," Carter said.

"It is very heavy, they think it's 80kg. We thought maybe it's just been dumped on the street, but now that we've found the trolley. I would hope they haven't driven because their actions appear to be a little loose, so potentially an Uber or taxi has picked them up and not realised what they've become involved in. "

"It's just the annoyance that someone would steal our lion. We'd just like our lion back, to be honest."

Police confirmed a report of theft from a bar on Auckland's Viaduct was made this morning but it was still early stages of trying to retrieve it.

Police said inquiries will be made into the report and anyone with information can call 105 quoting the file number 210325/7677.