An amateur photographer has captured the extraordinary moment a Whangaparāoa beach started illuminating with glowing blue surf under the cover of night.

Auckland man Matthew Davison was standing in the tide at Tindalls Beach, north of Auckland, as the sea lit up around him at around 9pm on Sunday due to the presence of bioluminescence.

Bioluminescence is a blue light produced by a living organism and occurs widely in marine vertebrates and invertebrates.

Davison is part of a team of self-described bio hunters who search the shores around the Hibiscus Coast looking for the "blue gold".

After hearing on social media there might be bioluminescence present, he drove one hour from his Mission Bay home to the Whangaparāoa Peninsula just in time to see the impressive water show at around high tide. 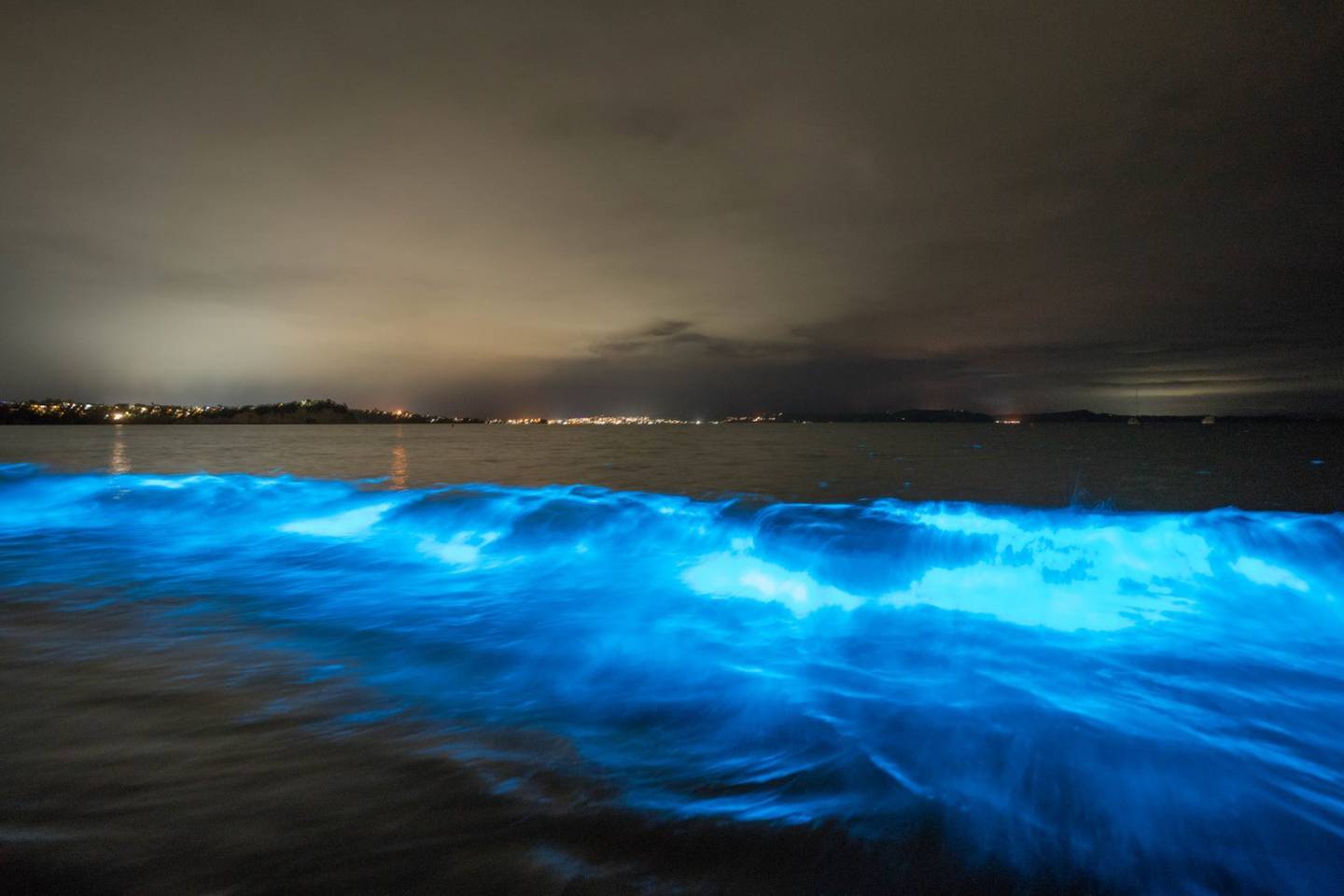 About 30 people including some awestruck children gathered down at the water's edge as the water glowed around them.

When the algae bloom is disturbed by waves crashing on the shores, people playing in the sea or even fish swimming it emits the light as a defence mechanism.

"I was in my shoes and as you start walking along the beach, you leave blue footprints which is just amazing to see. And sometimes you also see fish swimming around and they leave an incredible blue trail as they swim through the waves.

"One out of 20 trips or so you strike gold and it puts on the most incredible show you've ever seen and last night was one of those."

The Hibiscus Coast tends to be a hot spot for bioluminescence, which Davison and other bio hunters thinks is due to the shape of the area.

"As these algae blooms happen out in the ocean - these tides and winds bring them in and the peninsula captures it and concentrates it. That's why we think it's a renowned spot in New Zealand and why is it's the best place to go and view bioluminescence in the ocean."

However, spotting bioluminescence in autumn was unusual as it usually occurred on hot days that followed rainy weather, he said.

The last time he managed to capture such a magnificent natural water show was at Big Manly Beach in January.