Steve Dickinson heard the great white before he saw it.

He was kayak fishing out on Auckland's Stanmore Bay, about 800m off shore. From the side of his craft floated an onion sack of berley, the bait leaking tantalising trails of fishy goodness to attract marine life.

It worked a little too well.

• Steve's story is available in NZ Adventure Magazine, which is free online during the lockdown.

He looked to his right and thought wow, that's a big fish.

"It just had this massive girth on it and was coming level with the kayak."

The beast dived under his kayak and Dickinson felt the craft move. Looking to his left he said "Oh s***, this is a big fish."

The movement made water spill into the kayak, which was anchored at the back. Then the shark stopped its pushing and dived under the kayak again.

Dickinson's berley bag had run out by now. Using the sharp knife he always kept at hand, he slashed the line tethering the red onion bag to the kayak and threw it as far away as he could.

Things didn't go to plan. The shark started to eat the onion bag.

"Then he had this massive red net bag in his teeth and it just pissed him off," Dickinson says.

The great white started pushing its head against the side of the kayak, while Steve repeatedly bashed it on the snout with his paddle, as if digging a spade into the ground.

"I did it as hard as I could - it did not deter him. He just kept coming." 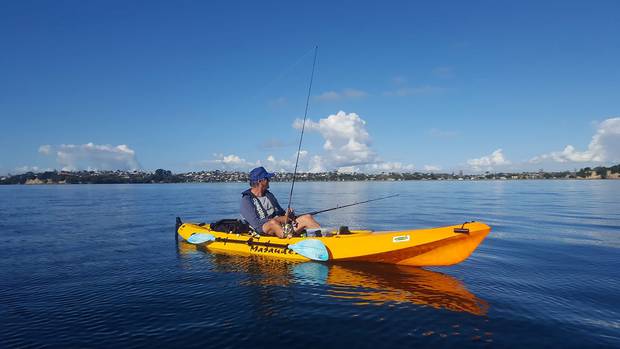 Steve Dickinson, editor of NZ Adventure Magazine, has seen his share of sharks but his close encounter with a great white was "terrifiying". Photo / Supplied

Fortunately the irate shark backed off long enough for Dickinson to cut his anchor line, before it dived again.

"I started paddling as hard as I could which was very fast. If I was in the Olympics I would have won a gold medal."

The shark tried a new tactic, popping out to Dickinson's left and tracking the kayak from about 15m away. Periodically it would turn and swim for Dickinson, who feared he would get rammed.

After about six attempts the shark disappeared again. "I was like, oh s***, where is he now."

Seeing the shark 10m behind him, Dickinson paddled to the shallows as fast as he could. "At that point he'd kind of given up," he says.

"I rang my wife and said, 'I've just been attacked by a great white."

The whole experience was "terrifying", says Dickinson. But despite his fear he believes the shark didn't start out with the aim of eating him.

Dickinson's recurring nightmare is imagining what would have happened if he hadn't cut the berley bag off straight away. He believes he would have ended up in the water, 800m from land and "extremely vulnerable".

"Those sharks are renowned for biting, because they bite to identify. If he'd bit the kayak and pulled me in the water I'm sure he'd have eaten me."

A query on the local Facebook page got several reports of a great white being seen in the area.

He consulted a friend who runs a shark freediving experience in Tahiti - his mate said the shark's behaviour was very unusual.

"He thinks he was either sick or hungry. Normally if you're banging on the water they'll go 'Oh nah', but I was whacking that thing as hard as I could." 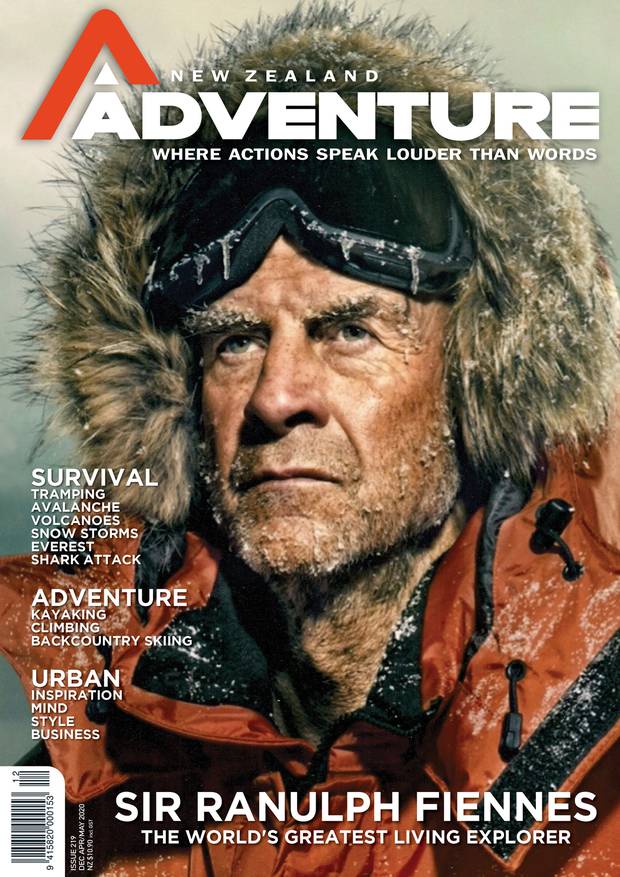 After the fateful fishing trip - which was back in March - Dickinson didn't go back in the water for three weeks.

"I got back in once before the lockdown came - but I always felt very uncomfortable. If there was a big splash I literally jumped out of my skin."

The latest edition of NZ Adventure Magazine - which features Dickinson's shark encounter - was almost ready to go to print when the country went into lockdown. With magazines deemed non-essential, Dickinson and team decided to move the magazine online.

April is available for free as a digital version. By coincidence, April is always the survival issue, although there's almost no mention of Covid-19 in this one.

"We do a lot of scary things [for] Adventure Magazine. I've dived with sharks in Fiji and Tahiti, photographed them underwater in Tasmania. But this was a different ball game - it was really really frightening."