Warning: Images of injury below

A woman is recovering from surgery with "life-long" facial injuries after being brutally attacked by a pitbull at a Onehunga field in Auckland.

Shea Leuty, 31, was out walking her German shepherd, named Beau, near Captain Springs Rd during her lunch break on Monday when she was mauled.

"The pitbull came running up and latched on to our boy, a German shepherd, and then grabbed a hold of her, tearing her face open and bit her legs and under her neck," said her husband, Lasalle Carr.

Carr wasn't with his wife when she was attacked but relayed to the Herald what she had told him while she was in surgery.

She noticed three tan pitbulls being walked by a man and as a precaution went to the other field. However, one of the pitbulls chased after her, Carr said.

"Luckily there was a man from a nearby business, who we want to find to thank. He came over, kicked the dog in the head to get it to come off and [the] owner of these pitbulls came over and had clearly seen what happened, grabbed his dog put it in the car and left.

"No apology nothing," Carr said. Shea Leuty, 31, at Middlemore Hospital after being attacked by a dog in Onehunga. Photo / Supplied

Police, ambulance and animal control were at the scene after being called at 12.16pm on Monday, a police spokeswoman said.

Carr described the aftermath as horrific.

Beau the dog came away unscathed but Leuty was taken to Middlemore Hospital where she underwent two hours of plastic surgery on Tuesday morning. Her work colleagues came and took Beau.

"She's definitely going to have some facial scars that will last the rest of her life," Carr said. 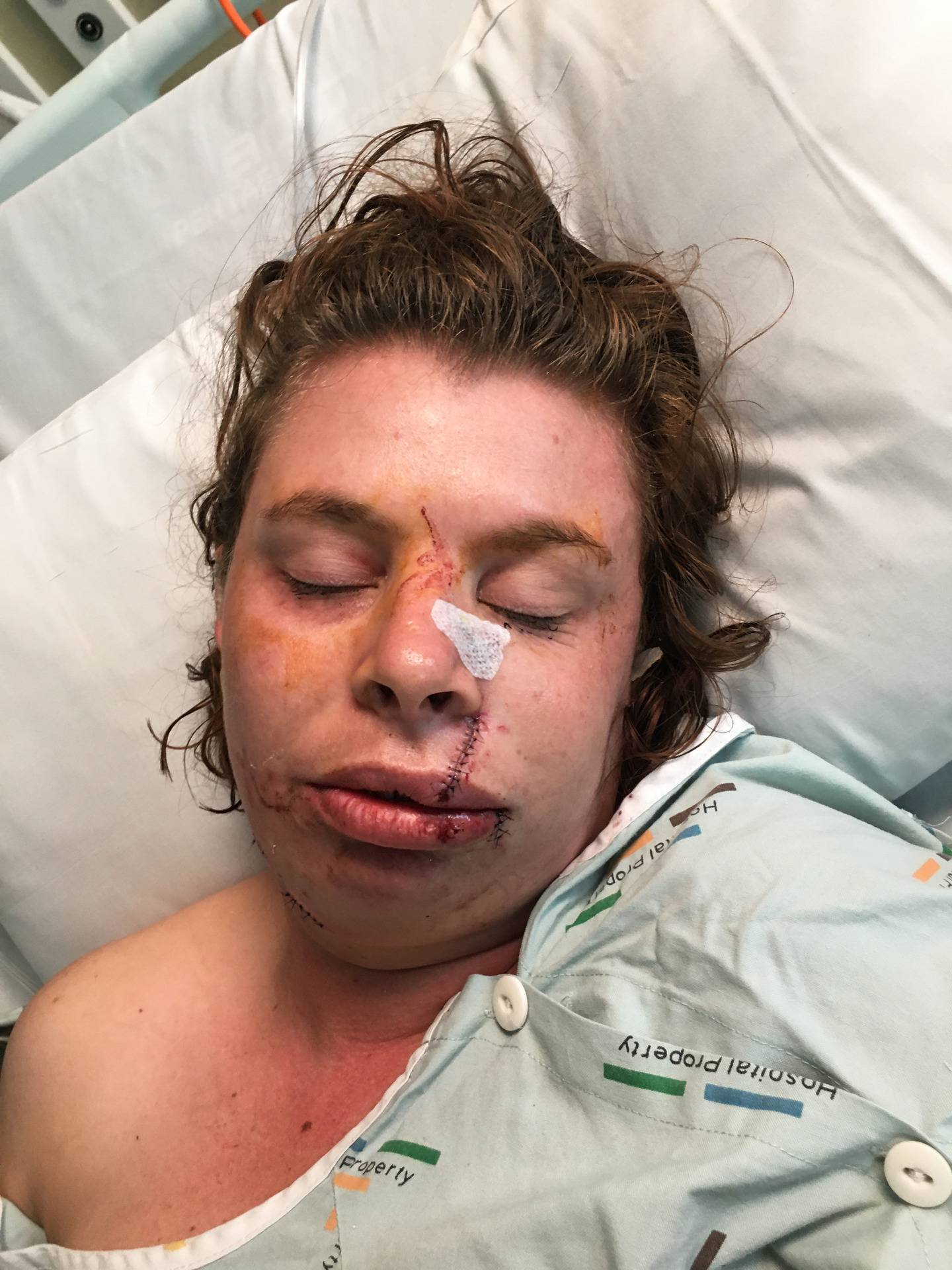 Leuty was discharged from hospital and is recovering at home.

"She's still sore and swollen but she is recovering," Carr said today.

Carr has since put up a $2500 cash reward to find the owner of the pitbulls. The man with the dogs was driving a black Toyota.

The message he wanted to get out to the community was: "We love pitbulls but unfortunately they are breed that can be troublesome if they are not handled correctly and they should be restricted or licensed.

"In the wrong hands, they can be a very dangerous animal and my wife has got off lucky because the injuries she got could have been far worse if this guy hadn't have turned up and kicked the pitbull off."

He made a complaint to police on Tuesday morning.

"At this stage, the matter has been referred to the relevant agencies," a police spokeswoman said.