A second West Auckland supermarket has been the target of a suspected arson attack after a customer spotted a trolley load of groceries including bread and toilet paper on fire.

Luckily any major damage to Pak'nSave Lincoln Road was avoided due to an eagle-eyed customer noticing something was burning and quickly alerting staff who immediately put it out.

The suspected arson attempt happened last night at about 7pm.

Foodstuffs New Zealand head of corporate affairs Antoinette Laird confirmed an incident involving someone setting fire to a trolley of grocery items happened at the store.

"The team were quickly alerted and it was extinguished immediately. Fortunately no one was harmed or injured and the matter is now with the police."

Laird said such behaviour was deplorable and could be dangerous to staff and customers.

"Customers and our team have the right to go about their shop or work safely and without threat." 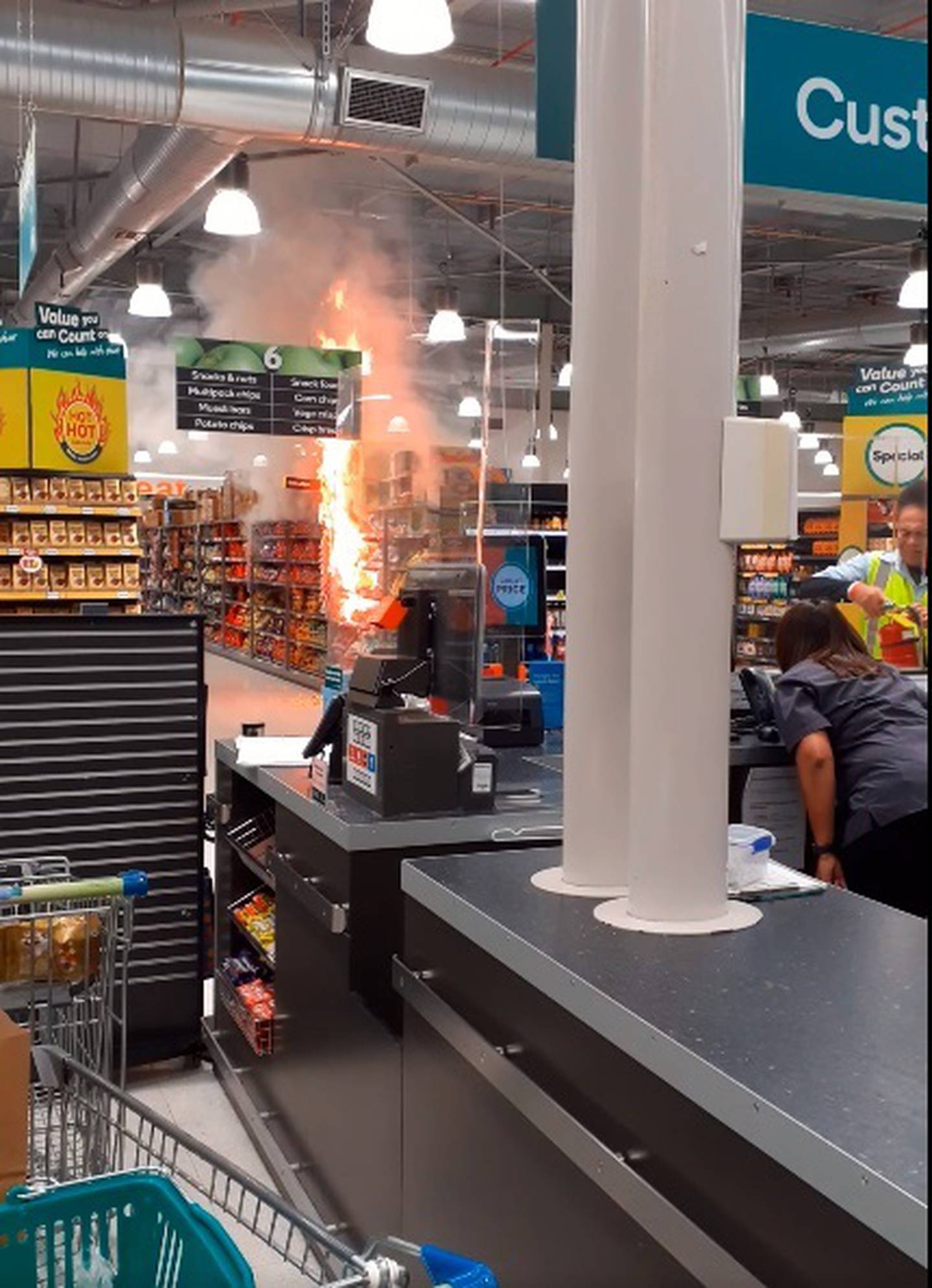 A fire in the chip aisle at Countdown Henderson shut down the supermarket earlier this month. Photo / Supplied

Both the store and authorities including the police would be investigating the incident.

It comes just two weeks after a fire in the chip aisle at Countdown Henderson which is thought to have been part of a challenge on popular social media app TikTok.

The challenge has appeared on popular social media app TikTok and has resulted in at least one large supermarket fire in the US already.

The WestCity mall fire temporarily closed the store and resulted in dozens of firefighters being called to battle the fire at the Countdown there.