Police have released information about items of clothing found with a dead baby discovered at an Auckland recycling plant on Monday.

They are desperate to find the baby girl's mother and say the clothing found near the body at the Onehunga site could help them identify the woman.

The baby was found on Monday night by staff at the plant.

A post-mortem carried out on Wednesday confirmed it was baby girl who was born at full term.

"Despite our appeals to the public, we have received limited information to help us identify her or her mum," said Detective Inspector Scott Beard this morning.

Police have now released images of items of clothing located in a blue plastic bag that was found during their scene examination at the recycling plant.

If you recognise any of these items contact the Operation Deer team. Photo / Supplied

"The baby may have been in the blue bag, which also included several items of baby, children's and adult clothing," said Beard.

"The clothing includes a child's beanie, a distinctive pink child's sweater and pink T-shirt, women's belts and two women's tops and a sequined skirt that appears to have been cut up.

"There were also two baby onesies with colourful prints on them located in the area, which may have also come out of the bag." 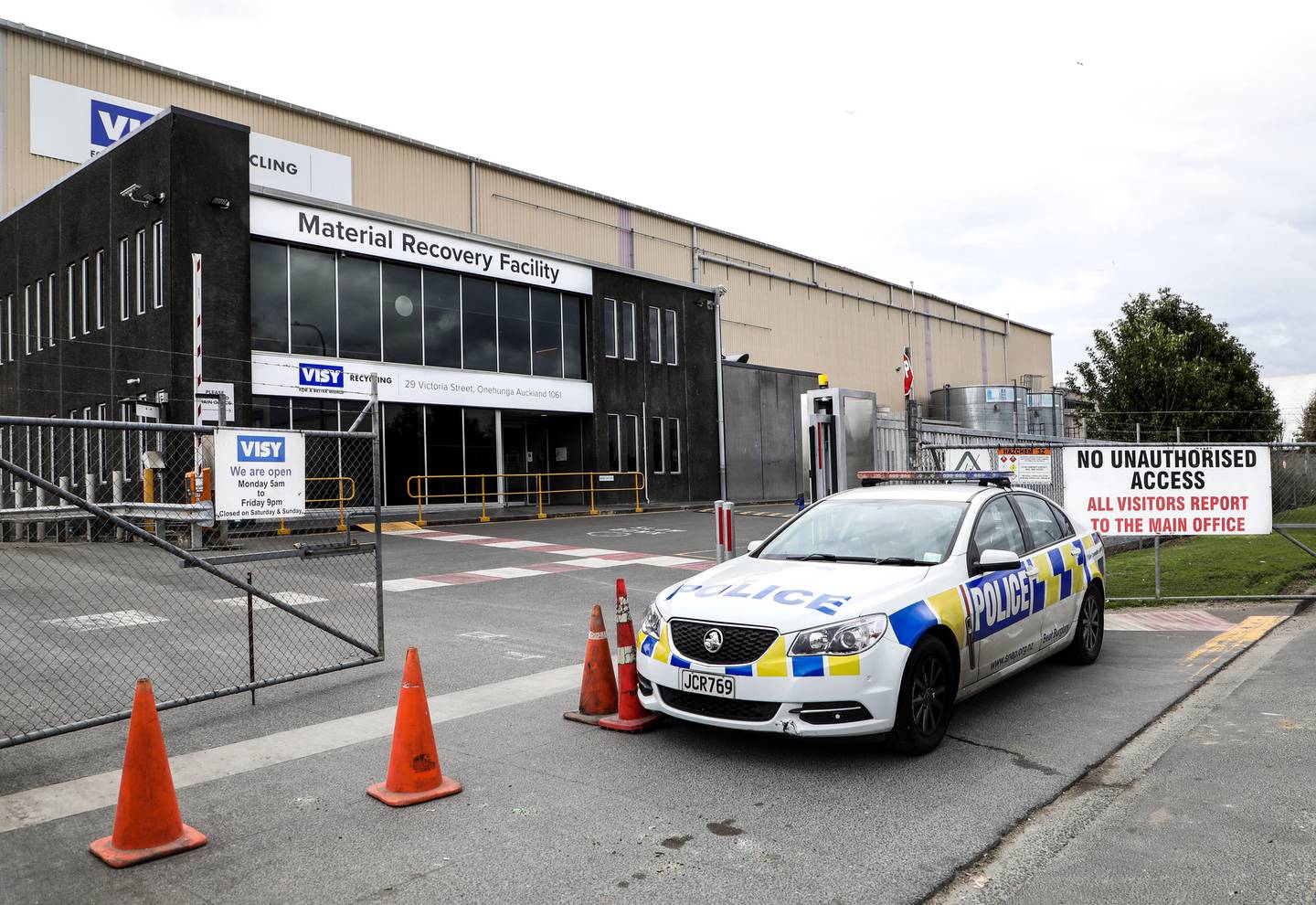 Police examine the VISY recycling facility on Victoria Road Onehunga where the body of a newborn baby was found. Photo / Hayden Woodward

Beard said while detectives can't fully determine whether the clothing is definitely linked to the mother of this baby, anyone who recognises the items is urged to contact police immediately.

"This information will greatly help us with our enquiries. Another of the images release by police today. Photo / Supplied

"Not only do we want to identify the baby girl's mother to ensure her welfare and get her the medical assistance and support she needs, but we also want to get some answers for the sake of this little girl.

"She has no name and no one to mourn and bury her.

"The sooner police can identify her mother, the sooner this baby girl can be treated with the respect she deserves and laid to rest."

A belt found near the body of a newborn baby at an Onehunga recycling plant. Photo / Supplied