Auckland mayoral candidate Wayne Brown says rival Leo Molley's "bizarre antics, short-temper and foul-mouthed rants" during an appearance on a satirical television programme mean he must withdraw from the race.

Molloy hit out at people he deemed "woke" and claimed Auckland had been hampered by a succession of "soft-****" mayors during his interview on TV3's New Zealand Today, a comedy current affair show hosted by Guy Williams.

Brown today claimed Molloy's antics had "eliminated any thought he was capable of being mayor".

Molloy laughed off Brown's call, describing his rival as "a dead man walking" and said it was Brown who should hold up a "white flag" and surrender from the race.

"Does he understand what comedy is," Molloy said.

"I have [a] thing called charisma ... which he isn't blessed with."

Brown said other candidates in the mayoral race had acted with "grace and decorum in the face of his insults and derogatory, puerile attacks – on a daily basis.

"They have remained dignified and talked about the issues ... Mr Malloy has been quick to hand out his own advice on what other candidates should do. He needs to reflect on his own behaviour."

Brown said the mayor of Auckland "should be a serious, dignified role, that represents and leads our city on the national and global stage, and fixes difficult and complex problems – Mr Malloy is not fit for the job.

"Behaviour like this, and scrutiny of his past record, suggest he isn't a suitable person to hold the office of Mayor of Auckland.

"While the show is light-hearted, his abusive performance and now familiar recourse to wanting to 'give a hiding' when debate gets too much went well beyond an attempt at humour - to the point he needs to seek professional help."

"I have run many major organisations and the behaviour we saw on that programme would not be acceptable for the most junior board or executive member."

Molloy "won" verbal and physical clashes on the show; the latter being squaring off with over-sized gloves in a boxing ring outside the potential future mayor of Auckland's old waterfront bar.

Molloy won the bout, forcing Williams to endorse his mayoralty bid on a video clip. Prior to stepping in the ring, and after some verbal jousting between the two, Molloy said: "This interview came with conditions.

"When your producer rang me, the only condition I said was that we needed 15 minutes in the square office at the end of it ... you and me."

When asked by Williams what that was, a serious-looking Molloy responds: "That is where you can't go and run and hide. I get you in the corner and I beat ... the s*** out of you'."

The clip then sees Molloy walking out of the bar in front of Williams saying: "Come with me my little lamb, come to the slaughter house".

Waiting for Williams is a boxing ring.

"When little woke, soft-***** like you turn up I get them in here and give them a hiding."

Molloy then shapes up to have a spar with Williams, telling the lanky former basketball player: "Stand and fight you weak prick".

A stunned Williams then asked Molloy why it is so important that a future mayor could box, the mayoral candidate says bluntly: "Well when you have had a series of soft-***** like Phil Goff who do nothing, and 'Pants Down' Len Brown ... " 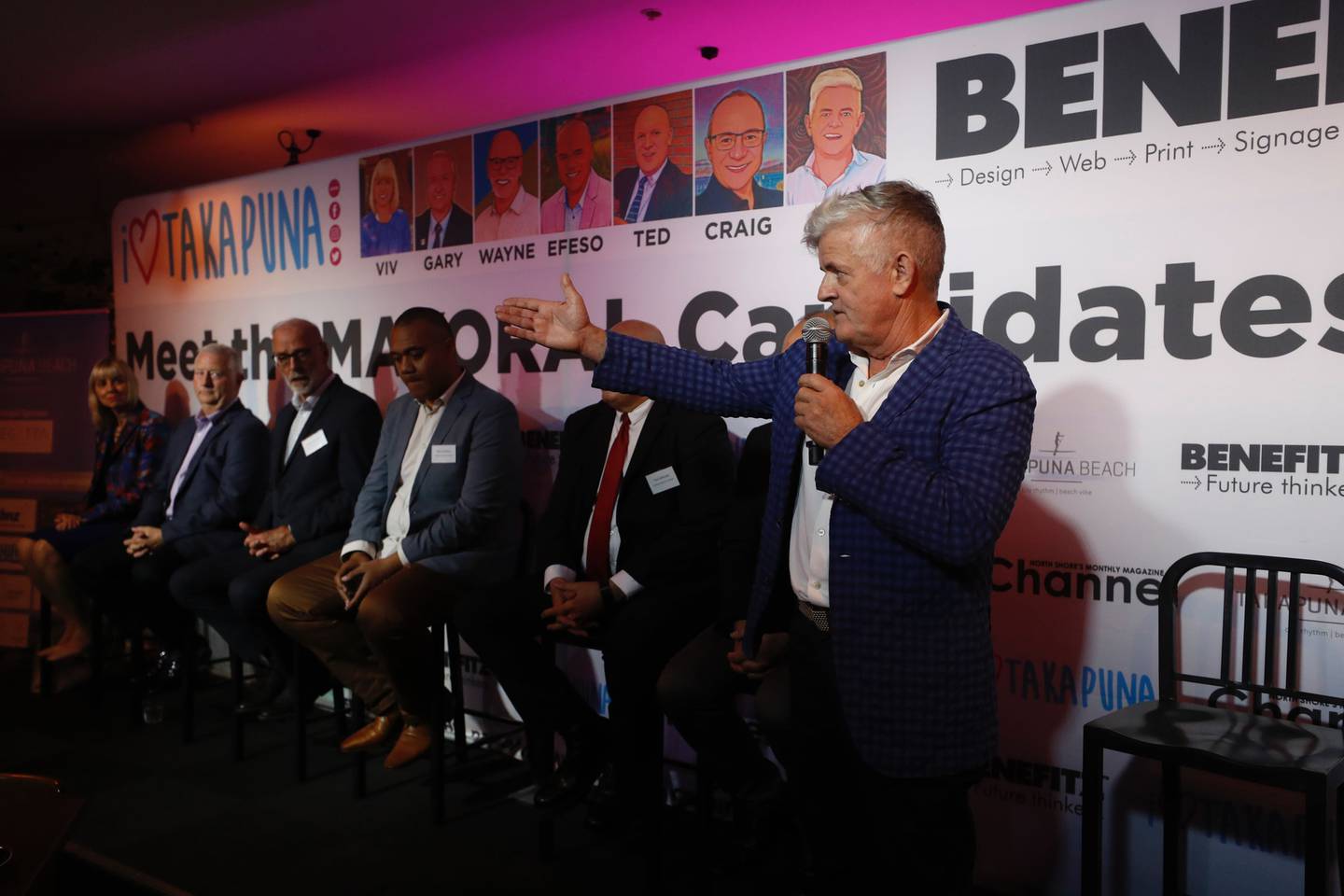 Molloy was pre-armed with personal information about Williams.

It later emerged he had talked to the comedian's father to gain a better insight into who was going to question him on camera. Whenever Williams tried to direct heat Molloy's way, the former jockey used the information to turn the tables.

"I did a wee bit of research on you and you are clearly desperately woke," Molloy told him.

Williams responded: "What is wrong with being woke?"

To which Molloy responded: "Woke monopolised the media for some time now ..."

When Williams interjected, a clearly frustrated Molloy says: "Who is the director here? Are you the director Matt? Let's get a talking stick or something ... I am not used to being interrupted.

"Am I going to get a turn at talking here?"

Molloy continued his attack on the woke by saying: "History has been scrubbed of real men. It is only soft-***** who wear beige suits who have a profile in New Zealand anymore."

Williams was wearing a beige suit during the interview.

Williams interjected: "What is wrong with being a soft-****? It would be weird if I was doing this interview with an erection. Did you have an erection during the interview?"

Molloy responded: "I didn't today, but I normally do."

Williams tells Molloy he is a successful businessman, who owns a popular bar, but who in his opinion is going to give it up to "embarrass yourself" by going for mayor.

Again the line Williams took infuriated Molloy, who said: "I have had a gutsful of the woke s***. That is what you get when you get left leaning soft-**** mayors." 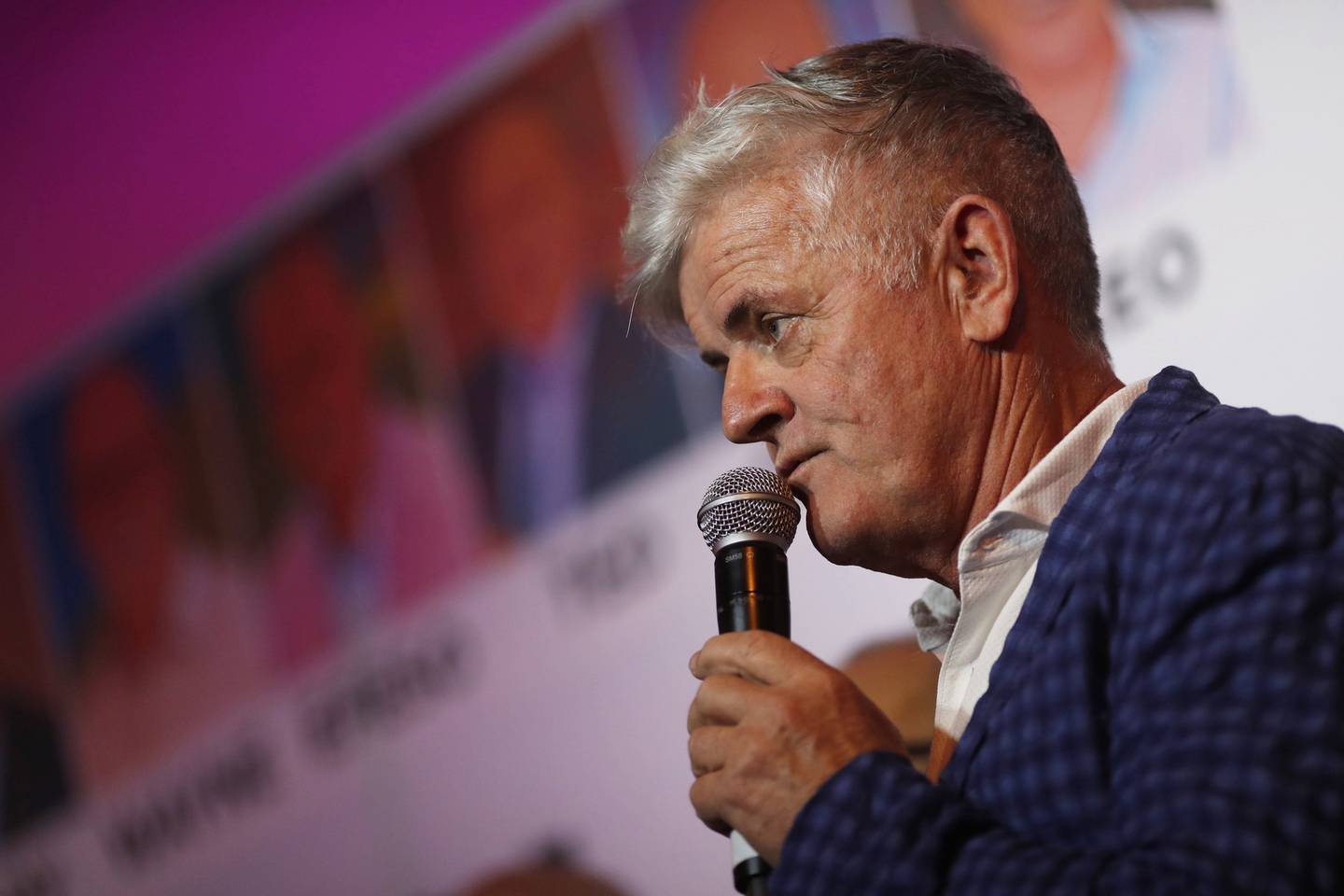 "I looked up 'Embarrassing Guy Williams' [on the internet] and it had about 80 pages. I just plucked one fact out of it.

Despite Molloy's time as a jockey being very well-known, Williams reacted with amazement.

To which, Molloy said: "That is how your father knows me. I was a jockey".

Williams later tells Molloy that while he liked him, but thought that he was a "walking political disaster".

To that, the popular publican says: "Unlike you, I don't just open my mouth and let words fall out. I stop, I think and I rationalise, I build a case ... I substantiate it."

He then said Williams "had filters on", implying that it potentially distorted the way the TV host saw things.

In response, Williams gave Molloy the opportunity to talk of the three main things he would do for Auckland if successful in his bid for the mayoralty.

"The first thing I will deal with is congestion," Molloy said. "Congestion charging and I will have free public transport.

Williams interjected him again saying waterfront stadium bids had failed before, to which Molloy says: "F*** up, I talk.

"The waterfront stadium is a no-brainer."

Again he is interrupted, leading Molloy to fire back: "One more f****** time if I may, listen now son, did your father ever smack your arse? He should of and he should of done it many times."

When asked how he knew such personal information about him, Molloy said: "It is my job to know. You are a ratepayer and a citizen."

Williams had opened the show by saying he is a "volunteer journalist".

He said Auckland was New Zealand's "dickhead capital" and that every three years "Aucklandtonians vote for the King of the Dicks ... also known as their mayor. And it is an absolute clown show."

He made it clear he had no time for Molloy's campaign, saying: "It is a disaster waiting to happen ... I needed to stop it so I went to meet Leo Molloy at his headquarters, a bar called HeadQuarters, to try and convince him not to run for mayor."