An Auckland eye surgeon whose wife died in "unexplained" circumstances this year has been charged with careless driving.

Philip Polkinghorne, 68, allegedly drove his red Amarok Ute into a car outside the Parnell Rose Gardens last week. The accident occurred at midday and was witnessed by a staff member from the Auckland Rose Park Hotel on Gladstone Rd.

The staff member was working in the dining room of the hotel when she heard a "big bang" around lunchtime.

"I ran outside and saw two or three cars - the red truck that was smashed up in the front so I called the police."

Another witness, who didn't want to be identified told the Herald on Sunday, Polkinghorne was allegedly taken away by police.

"He drove his shiny flash car into a line of parked cars and [damaged] three cars including his own," the source said.

Police say they have summoned a 68-year-old man to the Auckland District Court on a charge of careless driving following a crash on Gladstone Rd, Parnell, on November 29.

He is expected to appear in court on Tuesday. December 14.

Eight months on there are no clues and no closure for her family and friends.

Hanna, 63, was found dead on the morning of Easter Monday in the couple's Remuera home. Police spent 11 days searching the property on Upland Rd and their investigation is ongoing.

Polkinghorne, who has since given up work as a doctor at Auckland Eye, has previously told the Herald he was being treated as a "person of suspect" by police in their investigation.

Police have interviewed dozens of people in relation to Hanna's death including a barber and a female masseuse known to her husband.

Detective Inspector Aaron Pascoe this week would not be drawn on the specifics of the probe.

"Police are continuing to investigate the circumstances of Pauline Hanna's sudden death, which we are still treating as unexplained," he said.

"Our inquiries remain ongoing and police will not be commenting on specifics of our ongoing investigation."

To her friends and family, Hanna was an elegant, accomplished woman who worked hard for her community.

The senior health executive at Counties Manukau was responsible for the Covid-19 response at procurement company Healthsource. Dressed in Adrienne Winkelmann power suits and always immaculately presented, Hanna exuded a hard-edged elegance. She never had a hair out of place. It made a striking impression on those she worked with.

"She spent a lot of time and money on her hair," said one former colleague. "She dressed well and drove a nice car. When she walked into a room, you'd think she was the CEO — that's how she acted." 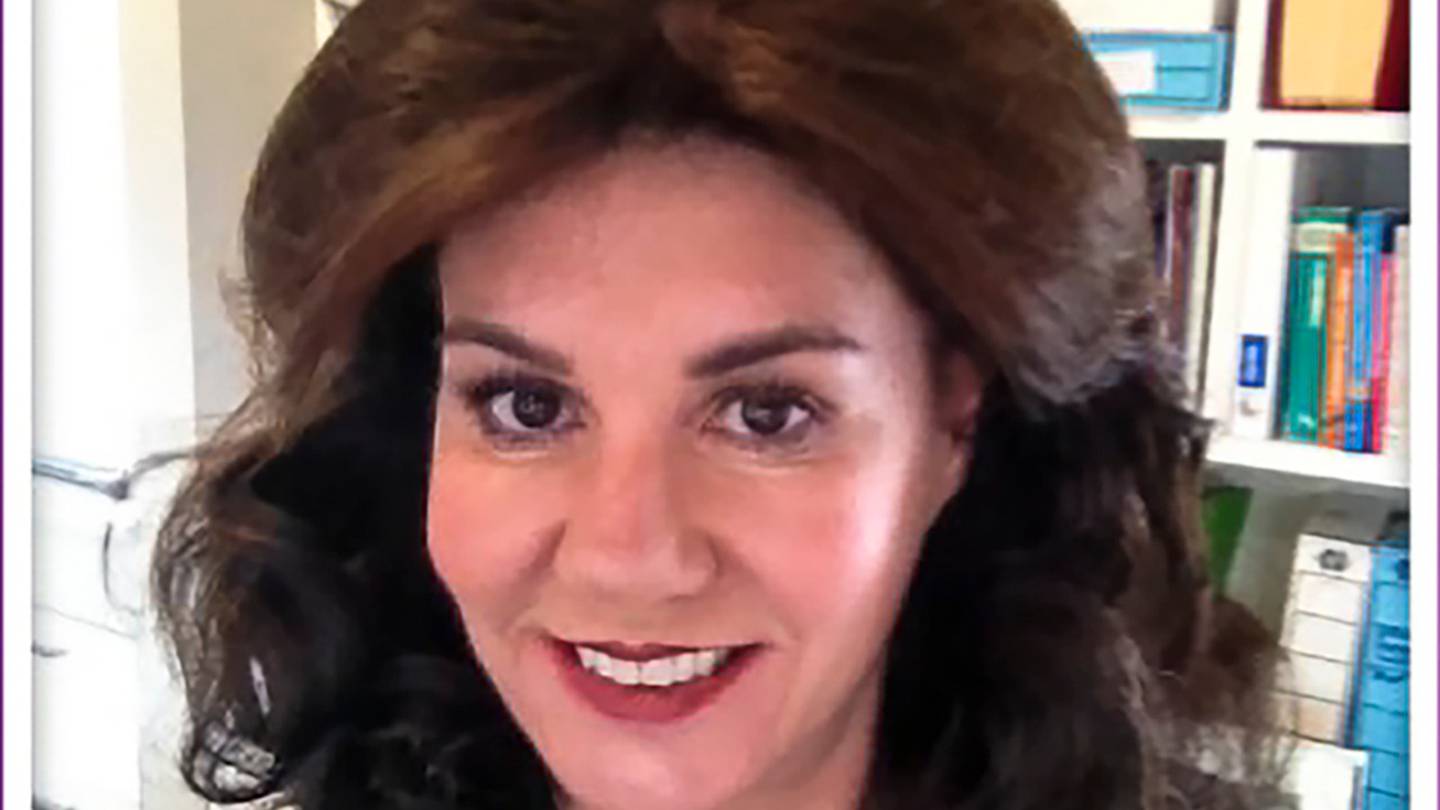 Polkinghorne previously told the Herald his wife was overworked and highly regarded by her peers.

"People would ask me what her role was and I didn't really know, but she could fix any problem," Polkinghorne said.

Ben Polkinghorne posted on Facebook shortly after she died that Hanna had been "horrendously stressed" at work and that it had taken a heavy toll on her mental health.

Days after her death, tributes from family, friends, and colleagues emphasised the importance of her professional life in her perception of herself. They portrayed her as elegant, driven, and unflappable.

In May, the Herald revealed traces of methamphetamine were found during a police search at the Upland Rd residence that prompted Auckland Eye to commission an independent clinical expert to assist in a review. A draft report into that review provided to the Herald on Sunday did not identify "any clinical concerns or instances that might require further action".

Polkinghorne resigned from its board a month after his wife's death and has since retired.

He has moved out of the $4 million family home and moved in with his sister. She is listed as the joint owner of the Upland Rd home and a holiday home in the Coromandel. The property was put up for sale but is temporarily off the market. 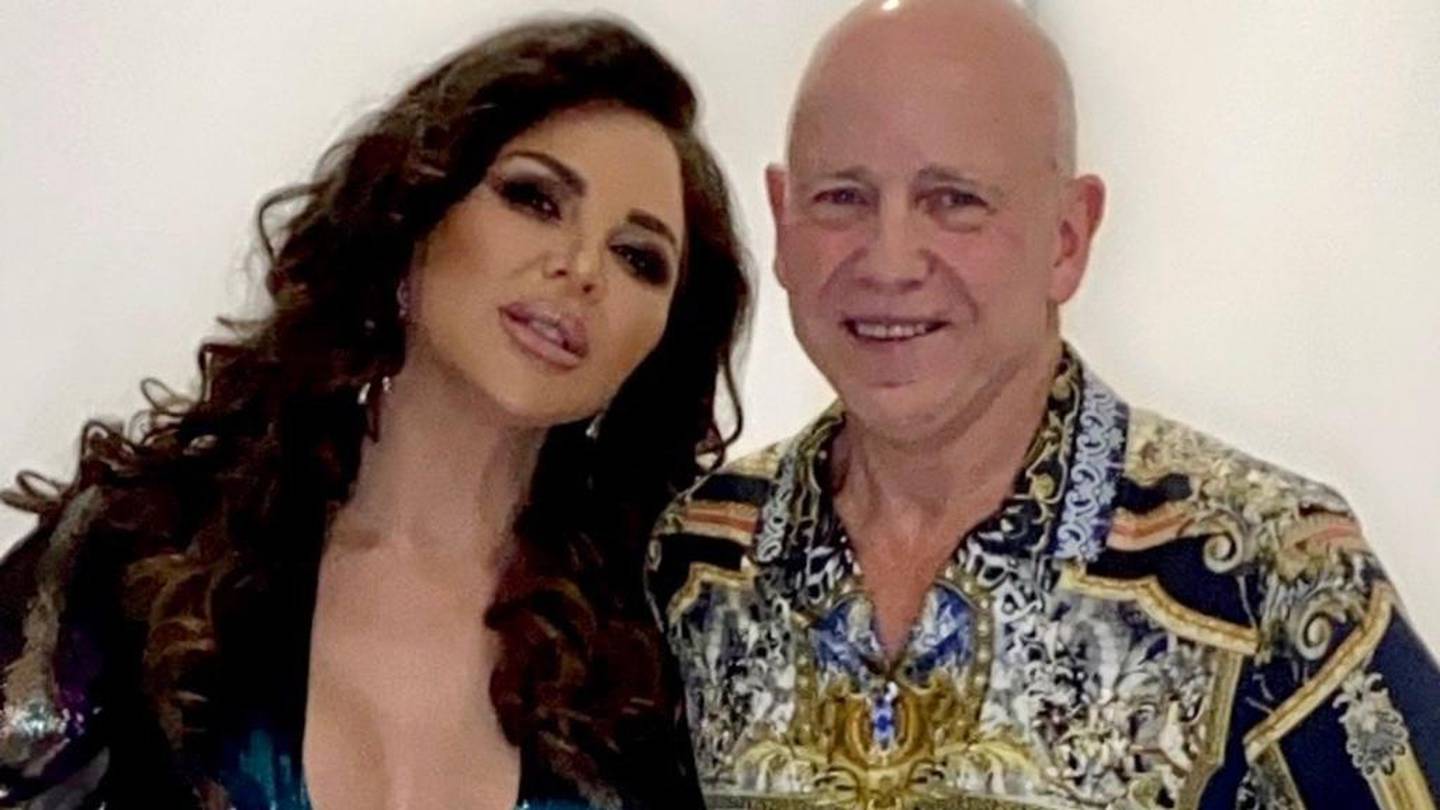 In October intimate details about Polkinghorne's alleged relationship with a high-class Australian escort were revealed, together with claims he earlier wanted to leave his 30-year marriage to start a relationship.

Polkinghorne allegedly made the comments in a 2018 email to Christine McQueen (also known as Madison Ashton) two-and-a-half years before Hanna died.

Polkinghorne wouldn't comment when asked about the alleged relationship but told the Herald days after his wife's death his relationship was "perfect".

"Our relationship wasn't fine, it wasn't fine at all, it was perfect," Polkinghorne said.

In the days leading up to Hanna's death, Polkinghorne sent "Chrissie" video messages that were posted on social media. He discusses Ashton's dogs and what they were planning to do when they met up again.

Ashton, the former mistress of the late cardboard king billionaire Richard Pratt, claimed she met Polkinghorne in 2011 when he and Hanna booked a "sex romp" with her during a trip to Sydney and "used her services a number of times" when they visited the city. As part of their investigation, police raided a South Island luxury lodge where Ashton and Polkinghorne were staying in May.

The Herald Sun reported that police searched a $1725-a-night suite in a "remote" Mt Cook lakeside lodge where the pair were staying on a "lovers' holiday".

Police also searched a rental car used by the pair and took Ashton's phones, she told the Herald Sun.

Ashton told the Herald Sun her relationship with Polkinghorne started as professional and included Hanna.

But after "several years" he started booking her for solo sessions and in 2017 Polkinghorne took the relationship "from business to personal".

She was unaware that he and Hanna were still living together in their Remuera home "as a couple".

Ashton claimed she and Polkinghorne were "setting up a home in Sydney" and claimed he had taken a lease on a "luxurious, high-rise inner-city apartment" where she was living.

Ashton, who still works as an escort, allegedly dumped Polkinghorne in July.

Friends have told the Herald on Sunday that Hanna's death has left a big void in their lives.

They are mortified that details of Hanna's private life have been revealed without her being there to respond.

Chief financial officer at Counties Manukau District Health Board, Margaret White, Hanna's colleague said: "I miss Pauline terribly, she was a very special friend, I only have fond memories of her and I wish she was still here."

Another friend said: "Christmas is a poignant time of the year and we will miss having a drink with Pauline. She was extremely generous and celebrated Christmas day every day with her kindness.

"I feel sad she isn't here to defend all the things said about her, whatever she did in her private life was private but I do go to bed and I think, 'God, what happened? What the hell happened to Pauline?' There is so much confusion and we can't put her to rest."