Aucklanders seeking to cool off with a dip in the sea might want to think twice with dozens of high risk warnings in place at city beaches.

According to Auckland Council's Safeswim database, 39 city spots have a "high risk" of illness from swimming, while one spot, Castor Bay, has a "very high risk".

The warnings come after yesterday's deluge of rain that saw about 20mm of rain fall in a short space of time, overloading parts of the storm and wastewater networks.

A black alert indicating a very high risk of illness from swimming was issued for Castor Bay just after 3pm yesterday, following a wastewater overflow. The alert remained in place on Monday. 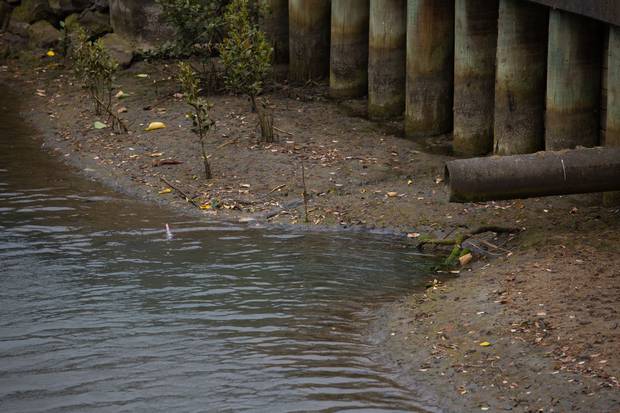 Many beach users were unaware of the warning at Browns Bay. Photo / Sylvie Whinray

Black alerts indicated the water was directly contaminated by human faeces, and not just the Enterococci bacteria that could be from the gut of any animal.

Popular inner-city swimming spots including Takapuna and Pt Chevalier carried a high risk of illness today, as well as Herne Bay where there had been a recent sewer overflow.

The red classification is triggered by a direct measure of faecal indicator bacteria, Enterococci, in the water.

It denotes a greater than 2 per cent chance of getting sick from swimming at a beach.

A red alert remained in place for Browns Bay on the North Shore, where a wastewater fault about three weeks ago saw E. coli levels up to 10,000 times over the guidelines at a stormwater outflow at the northern end of the beach. 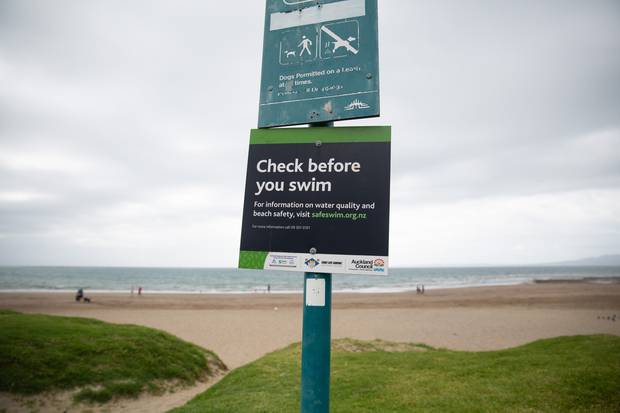 On the beach itself the levels remained slightly elevated as Watercare staff worked to repair the fault.

Despite the warnings, when the Herald visited the beach on Saturday many people, including children, were in the water blissfully unaware of the health risks.

Auckland Council's Safeswim general manager Nick Vigar recommended people did not enter the water while the warnings were in place.

"If it was my kids I wouldn't be taking them swimming at Browns Bay," he told the Herald.