Parts of south Auckland have been hit by a violent tornado uprooting trees, severely damaging homes and bringing power lines down.

A truck lies on its side in a driveway, a home under construction has been destroyed and roofs have been pulled off houses. The power of the wind was so strong it has bent wrought iron fences.

The damage is centred around Wentworth Avenue in Papatoetoe. A resident said there was nothing left of his neighbour's roof, a trampoline was in the middle of the street, and trees were down.

"It's really bad I've never seen something like that. 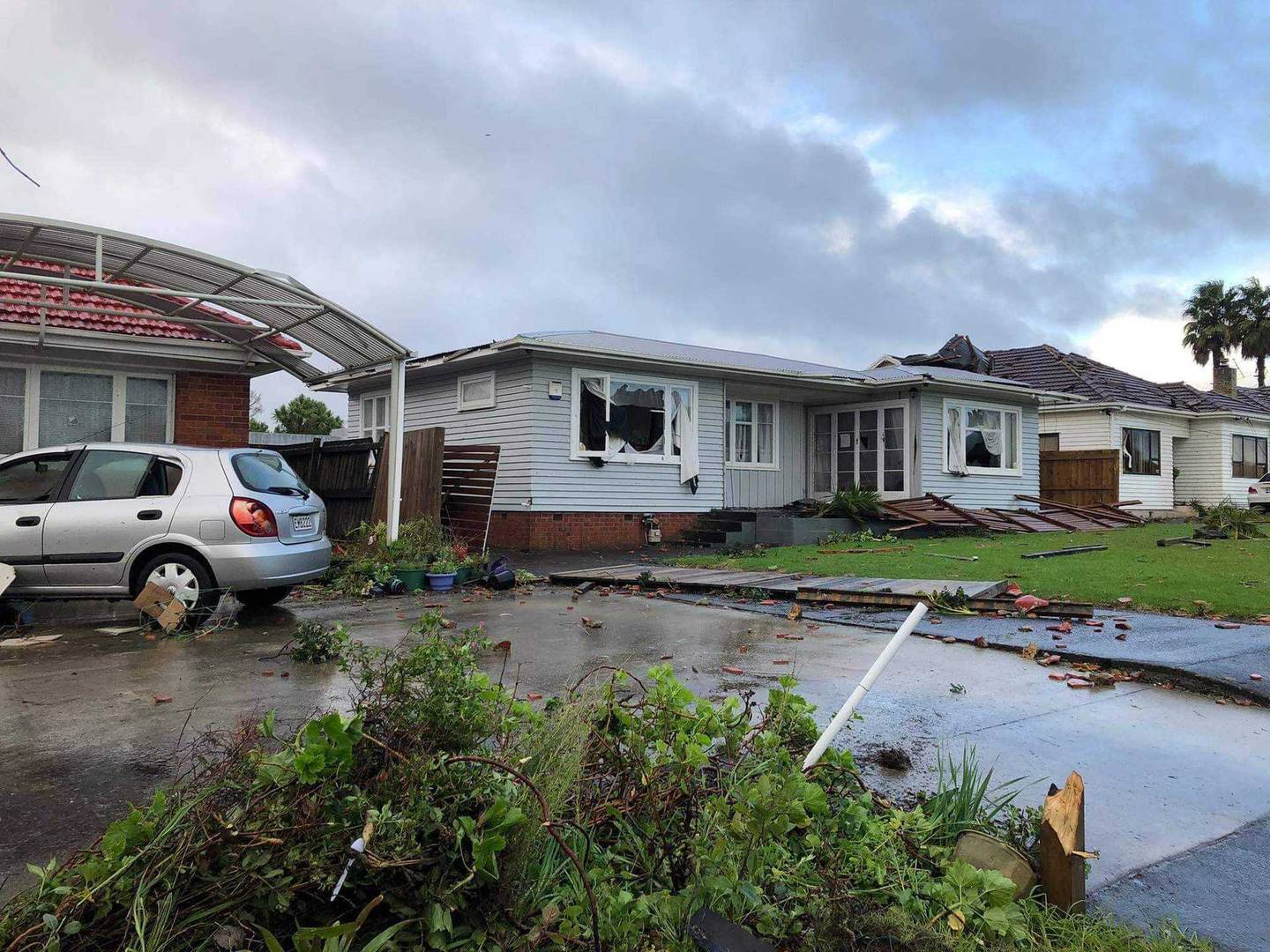 He said there was shattered glass and he could see bad damage down the whole street.

More than 20 fire crews are working with police and ambulance in the area.

Another resident, Prakash Patel, was sheltering inside the Shree Swaminarayan Temple in when the tornado came through about 8.15am.

He said there were about four trees ripped down outside on Wentworth Ave and 15 or so fences destroyed.

"Inside the temple there is a door where the glass was damaged," Patel said.

"The glass was completely cracked and fell down. It was kind of dangerous. It [the tornado] was in Wilmay Ave and Wentworth Ave outside the houses there are fences damaged.

"Some of the houses - the roofs are out and many many houses are damaged completely. A lot of damage." 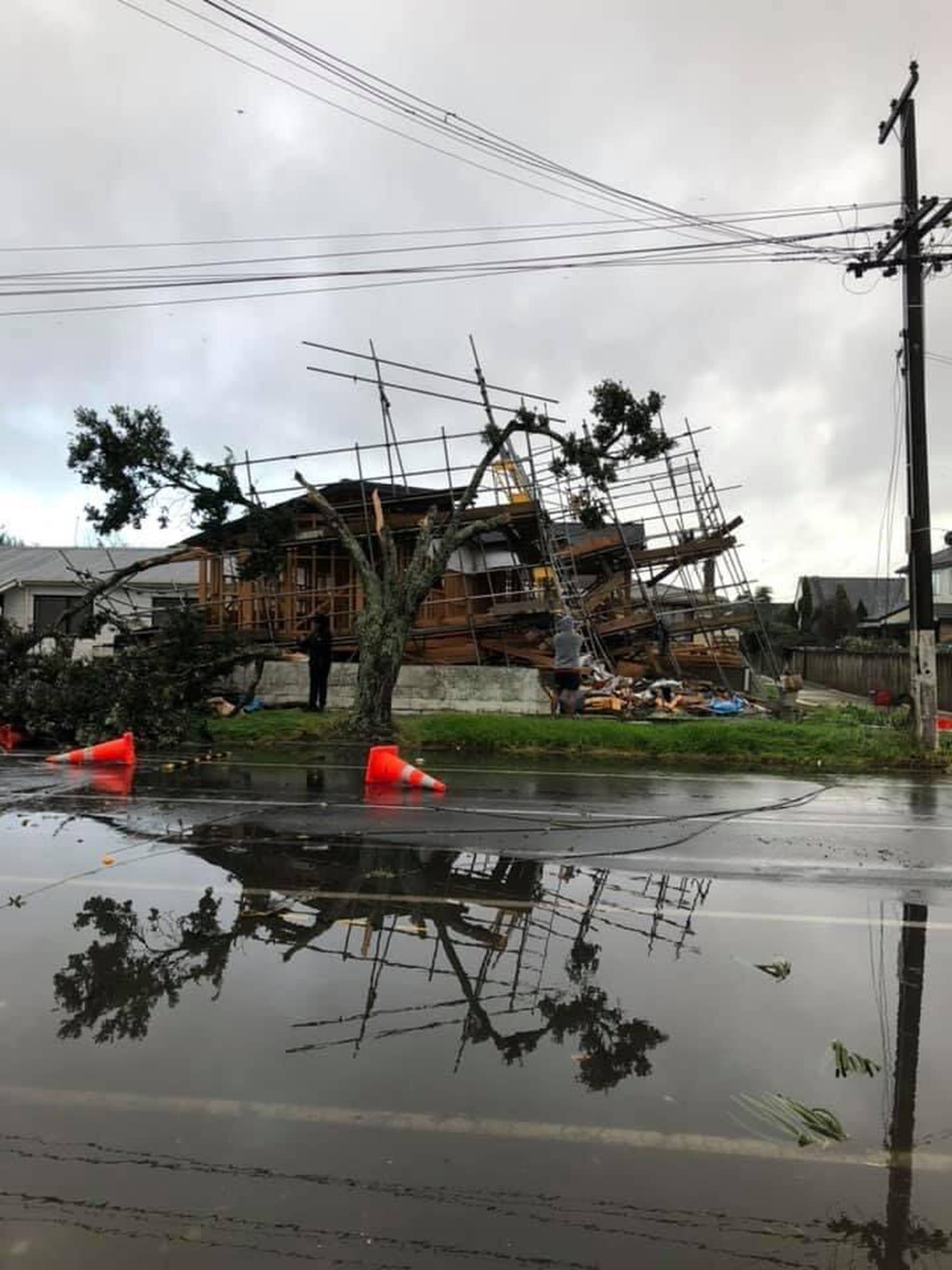 A tree rests on the roof of a house after coming down in south Auckland. (Photo / Twitter)

"The glass was completely cracked and fell down. It was kind of dangerous. It [the tornado] was in Wilmay Ave and Wentworth Ave outside the houses there are fences damaged. Some of the houses - the roofs are out and many many houses are damaged completely. A lot of damage."

Dr Kanti Patel lives on Wilmay Ave and says his house had the roof smashed in, his fence destroyed and a "huge" tree ripped from it's roots landed just two metres from his bedroom where he was.

"Obviously sure [it was dangerous]. On Wilmay Ave the tree fell into the fence and my bedroom was just two metres away," Dr Patel said.

"I don't know where the tree came off the root - just this huge tree and fell onto our fence where my bedroom is."

"We have this huge complex at number 10, 12 on Wentworth Ave and 15 Wilmay Ave and I'm just assessing a few things but I know in Wilmay Ave where I stay it ripped off the fence, the tree fell onto it, the glass was broken, the fence was gone." 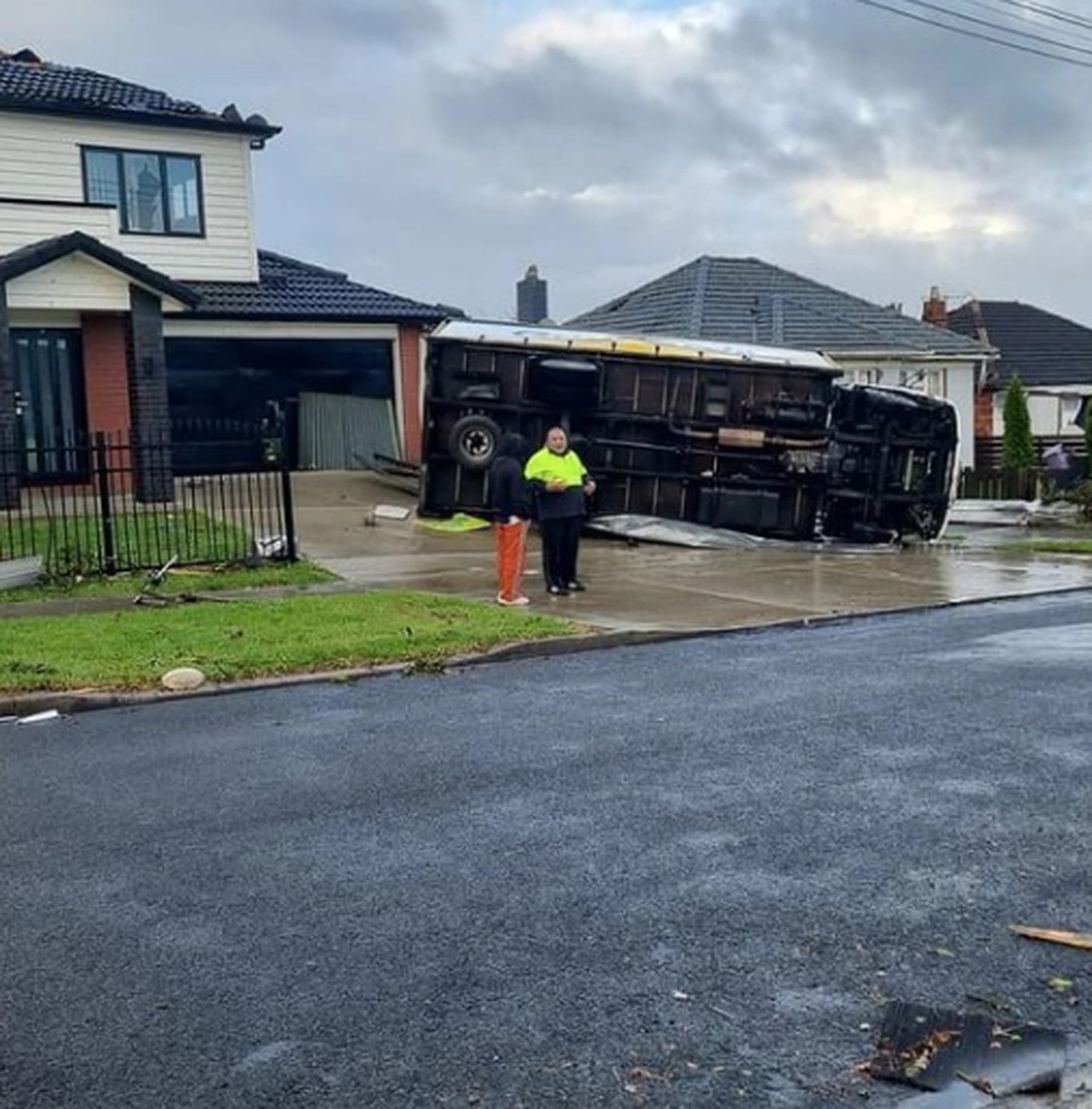 A truck lies on its side in a driveway. (Photo / Instagram: Tony Johnston)

Kiwis have woken to a wet and dreary Saturday morning across much of the country, as heavy overnight falls led to some children's sports competitions being called off in Auckland.

Children's football at Western Springs in the city's inner west was among cancelled competitions affecting hundreds of families as organisers pointed to surface flooding and ongoing rain this morning.

Motorists were also being warned to take care on roads expected to become slippery and with reduced visibility throughout the weekend as heavy rain watches came into effect for much of the North Island's east.

Meanwhile, the St Lukes branch of Farmers was closed this morning "due to flooding".