Auckland Council has approved high-level plans for up to 34,500 new houses around Drury and Pukekohe over the next 30 years.

Broad plans for the two areas, approved by the council's planning committee today, also provide for new town centres near the existing Drury village east of the southern motorway and on State Highway 22 near Jesmond Rd west of the motorway.

They allow for 22,000 new homes in the Drury-Opāheke area, including the land west of the motorway, and another 12,500 homes in undeveloped areas around the edges of Pukekohe and Paerata.

Both new blocks are mostly zoned "future urban" and development will be phased over the next 30 years after current developments further south of Drury and on the Wesley College site at Paerata. 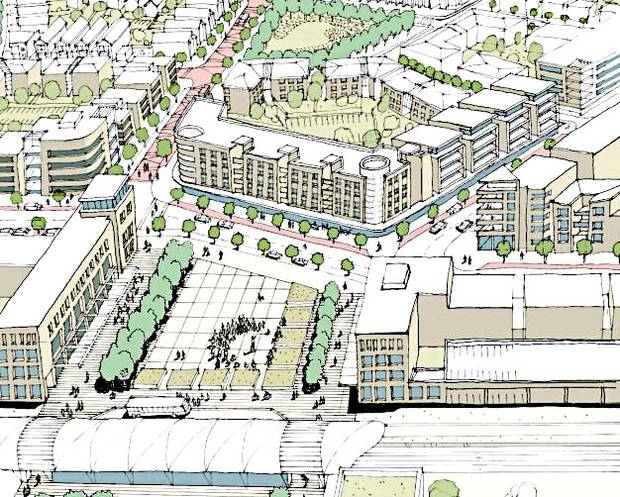 The two areas are expected to accommodate 60,000 more people at Drury-Opāheke and 34,000 in the Pukekohe-Paerata area a combined total of more than the current population of the country's eighth-biggest city, Palmerston North.

Planning committee head Chris Darby said the plans had been drawn carefully to take account of the area's fertile soils for farming.

"I believe we've achieved a balance of how we can provide homes and thousands of local jobs while caring for the natural environment and limiting urban encroachment on Pukekohe's productive food growing soil," he said.

He said the plans also provided 245ha for light industrial and business development, apart from the new town centres. 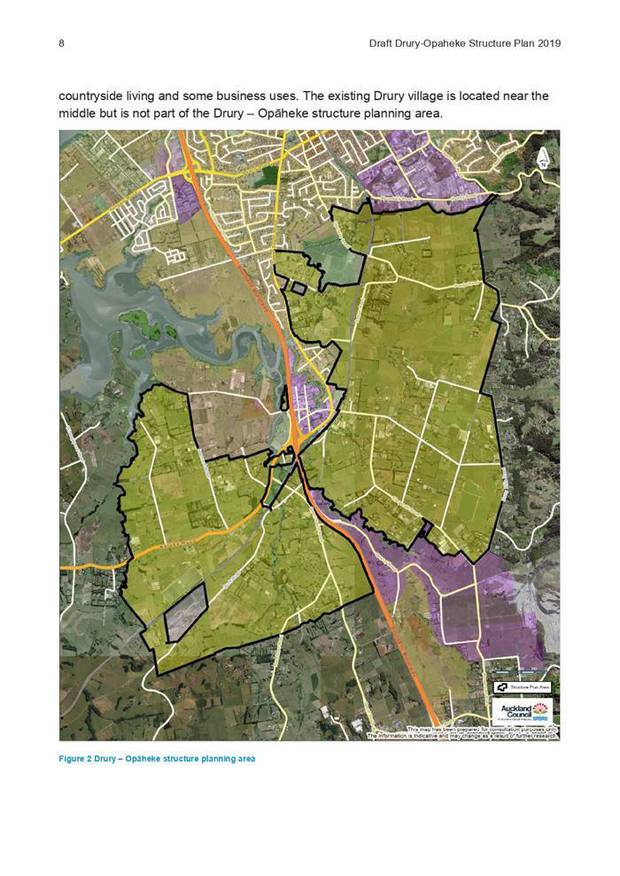 "It's vital that where possible people have the opportunity to both live and work in the same locale without having to resort to long and costly commutes," he said.

"What is proposed in these plans is place-making on a grand scale with public transport as the core connector."

Franklin Local Board deputy chair Andy Baker said the sign-off on the new plans followed "extensive community engagement" and the council had "made genuine efforts to amend the plans along the way to best serve local outcomes".

The residential parts of Drury will be a mix of low, medium and high density, including some that look like traditional NZ bungalows with back gardens and some townhouses and apartments.

The plan says they will contribute to housing affordability by developing housing at scale and including medium- and high-density units with small land areas. 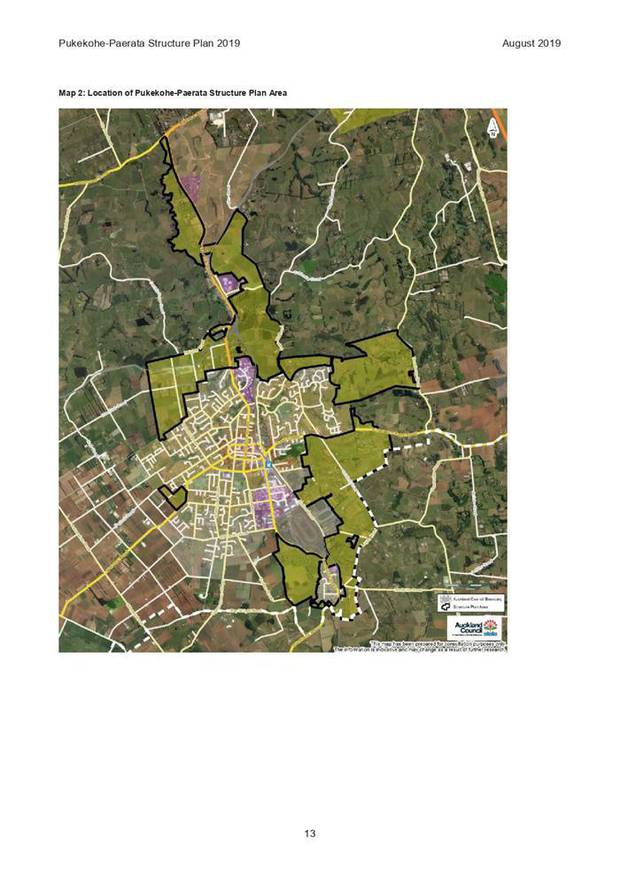 The Pukekohe-Paerata structural plan area where 12,500 new homes are planned in the next 30 years. Map / Auckland Council

The Pukekohe-Paerata plan also provides for a mix, with terrace housing and apartments close to a proposed new Paerata railway station but medium and low-density housing further out in tongues of land stretching north to Paerata, east towards the motorway and southeast of the existing built-up area.

The new area at Drury is north of the "Drury South Crossing" project on land previously owned by Stevensons near its Drury quarry. Tauranga-based Classic Group, which is now New Zealand's second-biggest residential construction company, is building 800 homes there which are expected to be priced at between $550,000 and $650,000.