An Auckland family out for a walk in the Waitākere Ranges on Saturday stumbled right into Auckland's worst water crisis in over 25 years.

The track was also closed for a long period to help prevent the spread of kauri dieback, but has recently reopened.

Lorson said the family was "pretty shocked" by the water level. 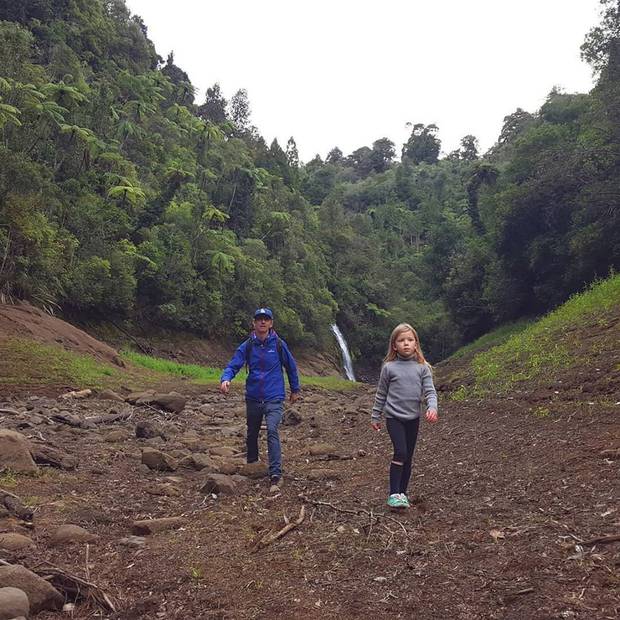 Davian and Savana walk in the dam. (Photo / Kristy Lorson)

She said the family had experienced some pushback after the post was shared, with some commenting that the family shouldn't be in the dam but Lorson said there was no signage telling people not to walk in the dam and the family didn't climb over any fences.

She said the family decided "let's go for an adventure and see what we find" but decided she needed to document the level when they stumbled upon it.

Lorson admitted there was a sign at the top of the track telling people not to swim or fish in the dam but, as the photos show, swimming in the trickle of water that travelled along the riverbed would be tricky.

She also joked the family "didn't bring our togs". 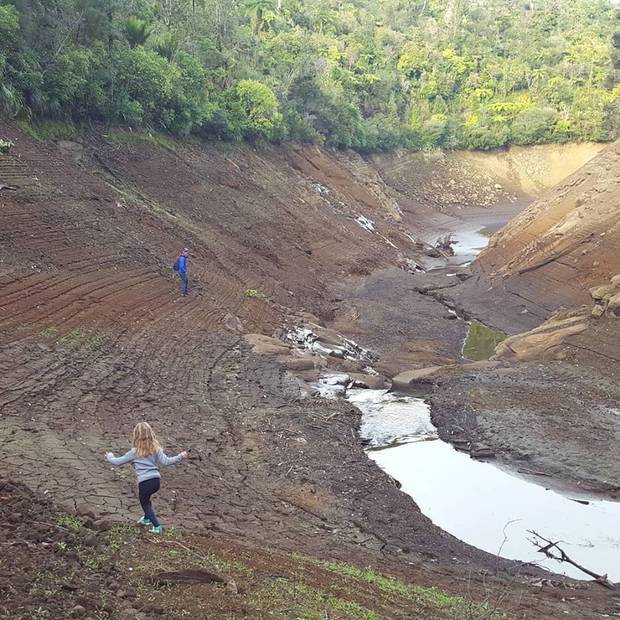 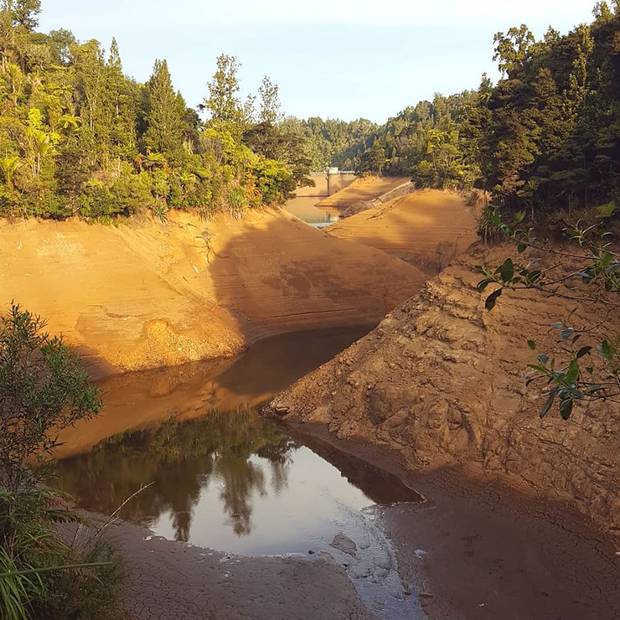 Auckland is under tough water restrictions as it fights the drought. (Photo / Kristy Lorson)

Lorson, who runs a website which promotes 'zero waste' living, said that the family had been following recommendations to cut their water use at home and hoped that her photos would prompt others to do the same, saying we need to treat our water as a "precious resource" and we had been taking it for granted.

Lorson said her daughter Savana "loved a good adventure" and they had used the walk as a learning experience for her.

A Watercare spokesperson told the Herald that they were disappointed by the family's actions and would be contacting them.

"We are disappointed to see that members of the public have not used common sense and have chosen to explore the Upper Nihotupu Dam tributary," they said.

"There are warning signs at all of our dams but we will now look at putting up additional signage near the Upper Nihotupu Stream as well.

"We will be contacting the family to have a chat about our concerns."

So amazing to get out walking in the beautiful Waitākere Ranges yesterday, but, man, Auckland - we need to shorten those...

Downie, who took both photos, has lived and walked in the area all his life and has never seen the water level so low. He is 33.

"In my living memory, I have never seen such a difference," he said.

Dael Armstrong-West, who was with Downie when he took the latest photo on Friday, said she was "gobsmacked".

"We couldn't believe it. We almost cried," she said.

Auckland is due to see some rain this week - but not enough to help with the drought situation.

In fact, yesterday's rain in the city is just "soaking into the ground" this morning.

A weather station in West Auckland reported just after 7am: "Through yesterday and overnight, we've had just under 20mm of soft rain here...all just soaking into the ground.

"Not even a trickle in any drains or ditches. So sorry, Auckland, won't have helped the reservoir levels."

Despite there being rain in the city from yesterday afternoon and throughout the night, very low levels had been recorded, according to MetService.

In the past 24 hours, 12.55mm of rain was recorded in downtown Auckland.

At Auckland Airport, 14.2mm of rain was seen there in that time period and just 1.5mm of rain was recorded in Whenuapai, west of the city.