The proposed demolition of one of Auckland's earliest and grandest homes is proof the council has failed to preserve heritage, say protection groups.

The meticulously preserved 1905 homestead at 9 Springcombe Rd in St Heliers was one of the original homes in the area but it could be bulldozed it for a multilevel mansion or multiple townhouses.

Real estate mogul Don Ha, and his wife Mohini Ha, purchased the classic colonial villa with a tennis court and circular driveway on the secluded park-like grounds of 3037sq m in January 2019 for $6.8m; $1.2m under its Auckland Council valuation of $8m. 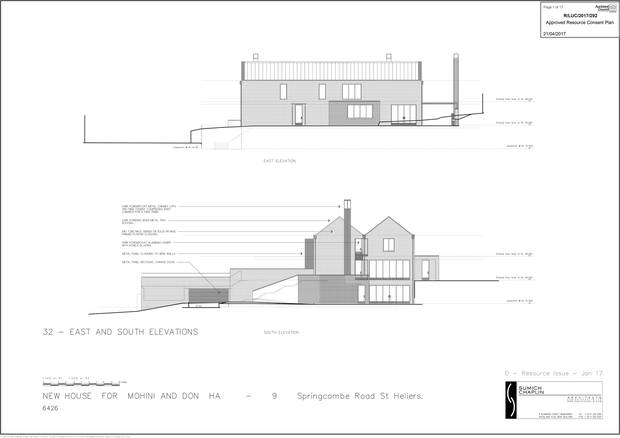 Don Ha told the Herald on Sunday he had the plans drawn up but was put off by the three years it would take to demolish and build.

"By that stage my children will be grown up, it is a long time to wait," he said.

"At this stage, I can't see us going ahead with it." 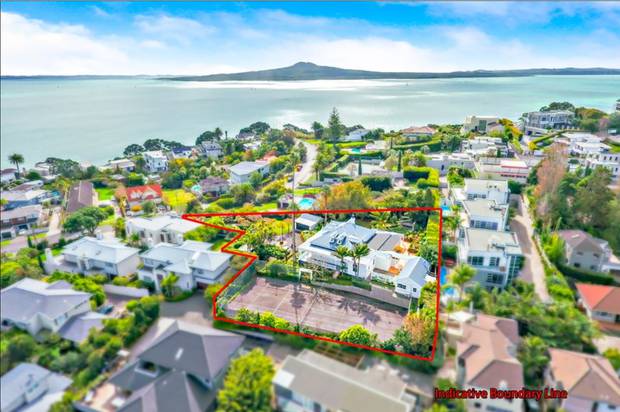 The historic villa at 9-13 Springcombe Road in St Heliers has no protection and could be demolished. Photo / Supplied

But cooling of the plans did not mean the historic home was safe from the wrecking ball.

One real estate agent selling the historic Springcombe Rd villa highlighted it could be removed under the council's Unitary Plan and replaced with 11 townhouses.

The planned demolition has angered local residents who have fought for years to protect historic homes throughout the city.

Dorothy McHattie from Save our St Heliers said Auckland Council was "derelict in its duty of assessing and recognising heritage".

"It is very similar to the way they have failed to see the significance of the landscape at Ihumātao.

"It is all about short-term profit over preservation." 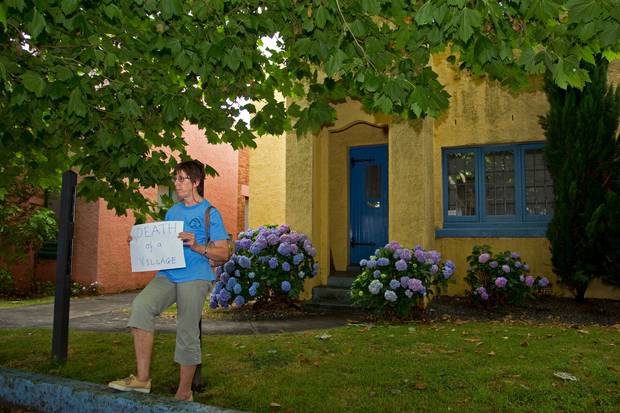 In 2011 McHattie lost a five-year battle with developers and Auckland Council to save a row of Spanish Art Deco homes on Turua Street in the seaside suburb.

Those properties were eventually demolished and were replaced with a three-level commercial building.

But plans submitted to council show a palatial single residence.

Mark White from Auckland Council said because 9-13 Springcombe Rd has no heritage protection, and is within the Unitary Plan's "mixed housing suburban" zone "it can be removed or demolished without a resource consent".

A single Washington palm on the property is protected as a "notable tree" and there were 10 specific conditions in the consent to protect the tree from the swimming pool, new dwelling and garaging.

The original stately home with a cocktail lounge, formal living areas, family kitchen and a master bedroom complete with a wrap-around deck with views out to sea will go.

Although not formally identified as a heritage place, the house on Springcombe Road should be retained, said Robin Byron from Heritage. 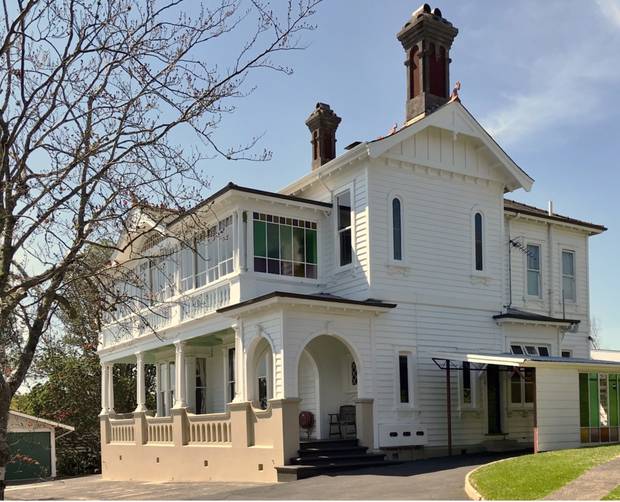 The grand 1910 Craigmore House on 2107sq m of Herne Bay land is another property with no heritage protection. Photo / Supplied

"Springcombe Road would certainly be regarded as a house of special historic character, and as such Heritage New Zealand would support its retention," he said.

"We provide advice to owners of heritage buildings free of charge, and would be happy to meet with the owners of the property to discuss how this building might be adapted to suit their needs."

Sally Hughes from Auckland's Character Coalition described the planned removal as "incredibly sad historical vandalism" but said it was inevitable because of the council's removal of protection.

Both McHattie and Hughes said the house was well recognised as one of the earliest homes and was admired by the community.

Both had campaigned tirelessly to change the Unitary Plan, and preserve character and historic homes.

"We are all volunteers up against developers and council with lawyers and money and it's like bashing your head against a brick wall.

"We still try but there's no way we can win. It's heartbreaking."

Auckland University architecture and planning lecturer Elizabeth Aitken Rose said 9 Springcombe Road was a "classic example of a colonial home" and the large parcel of flat land with its tennis court and tree-lined drive was exceptionally rare.

She chaired the Heritage Advisory Board for Auckland Council and said this was a perfect example of what the panel feared would happen under the Unitary Plan.

She said the rights of private landowners and developers were seen as paramount under the Unitary Plan "at the expense of heritage and the community that initially created the value."

"It is unjust because whoever owns the land or has land banked is scooping the windfall of the value that was created by the community."

"If there was some way of taxing that the money could go into preserving heritage or upgrading historic buildings such as the St James's Theatre."

During the drafting of the Unitary Plan the Heritage Advisory Panel wanted to retain a pre-1944 demolition control which meant any the removal of any existing pre-1944 building, required resource consent as a restricted discretionary activity.

Auckland Council instead went with advice from the Independent Hearings Panel and removed this protection.

Heritage manager at Auckland Council Noel Reardon said there no way of telling how many pre-1944 houses had been demolished or removed.

"Because you do not need a resource consent or a building consent to remove a house in these zones there are no records of how many have been removed," Reardon said.