After speaking to his parents in Canada father-of-two Leslie Gelberger sent one final text message to his wife before going for a swim in the ocean.

They were the last words the Auckland teacher would ever say to his wife.

Less than an hour later he was dead.

Today, the Coroner Brigitte Windley ruled the 45-year-old died from multiple injuries, including blunt force trauma to the head, after being hit by a pilot boat owned by the Ports of Auckland.

His death would have happened "rapidly, if not instantaneously".

Windley has now made several recommendations to improve the safety of people who go recreational swimming in the ocean.

Gelberger, who worked at Westlake Girls' High School, had decided to go for swim at Narrow Neck Beach on April 20, 2017 while his wife was having a nap.

Laura McLeod said it was common for both she and her husband to swim from Narrow Neck Beach, around North Head and to Torpedo Bay. Teacher Leslie Gelberger died while swimming at Narrow Neck beach after being hit by a Ports of Auckland pilot boat. (Photo / Supplied)

She described her husband as a "strong and competent swimmer" who had competed in a number of ocean swim events and often wore two caps, including a bright orange one on top for visibility.

On the day of the tragic accident he told his wife he was going for a swim while she had a nap. He spoke to his parents on Skype before sending his wife a text message at 10.07am.

Around 11am a woman in Devonport saw a swimmer, about 200-300m out from the shore, swimming towards North Head.

About a minute later she saw a boat come around North Head, heading towards Gelberger, and feared it might hit him.

"[She] then observed the vessel slow down near to where she had last seen the swimmer and soon after came to a stop."

"It milled around for a bit then turned around and went back to the area where the swimmer had been and stopped again."

The woman's husband had a look through binoculars and couldn't see the Gelberger. There was however someone looking over the side of the pilot boat which remained stationary for about 10-15 seconds before heading off back towards North Head.

She contacted the Coastguard soon after.

By 1pm McLeod had become concerned her husband had not returned and sent him a text message, but he didn't reply. She cycled to the beach and after searching the local area contacted police.

An official land, air and water search began soon after.

Grant More, the skipper of the pilot boat Wakatere, was interviewed by police and said he heard a "metallic sounding bang".

He thought it might have been a pin falling from the foil on the boat. He turned the boat around and looked in the water but didn't see anything besides an object that looked like a black plastic bag.

The Coroner found both Gelberger and Wakatere were entitled to be in the location where the accident happened, and the Ports of Auckland had immediately made changes that included pilot vessels travelling further away from the shoreline.

"This reduces the likelihood of ocean swimmers being encountered by pilot vessels in transition channels. This does not of course mitigate the ongoing risk to other vessels, in particular recreational craft, encountering swimmers in the vicinity of the shoreline.

"My research has indicated that participation in ocean swimming and ocean swim events is increasingly popular in New Zealand but it appears there is no specific best practice safety advice directed at undertaking recreational swimming." 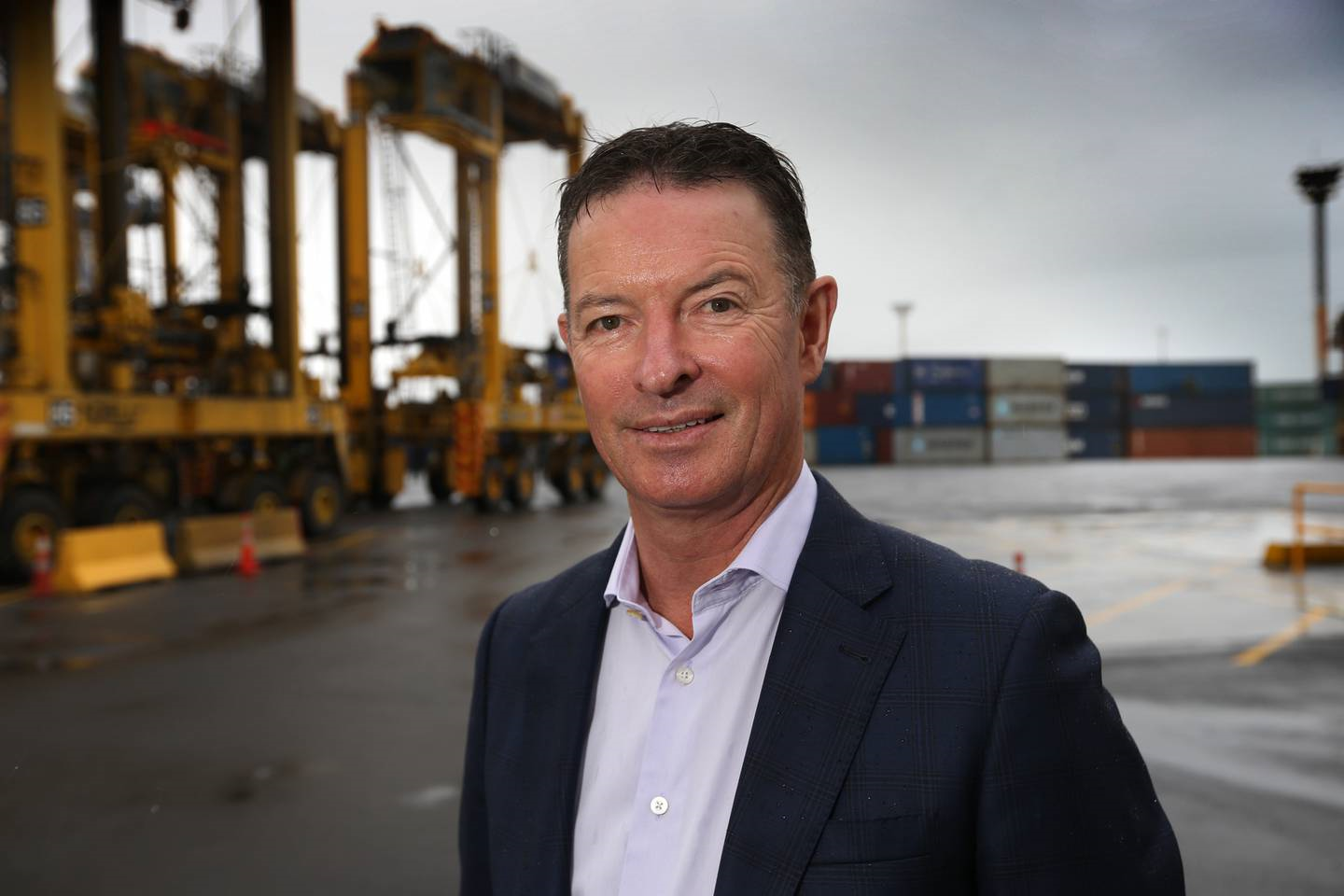 While the Wakatere struck and killed Gelberger, his death was not deemed the result of an unlawful act because it occurred more than 200m from shore - where there are no speed restrictions.

The Ports of Auckland and More did however face other Health and Safety at Work Act charges that were laid by Maritime NZ. They pleaded guilty to those charges last year.

Ports of Auckland chief executive Tony Gibson had earlier said he was deeply sorry its pilot boat was involved in the "tragic accident".

"I would like to offer my sincere and heartfelt condolences to Mr Gelberger's wife, children, parents, sister and wider family.

"As a family man, I understand how much pain his loss has caused, and I profoundly regret what has happened."

McLeod said after the sentencing that her husband was missed every day.

"The loss of his bright smile and enthusiastic personality was devastating to everyone who knew him."

Despite not being required to make any reparations to Gelberger's family, Ports of Auckland has made a payment of $220,000 to recognise the tragedy.