A home security camera has captured the moment a car surfing stunt went inevitably wrong on an Auckland street, sending two men flying on to the road after a collision with a parked car.

The bizarre incident played out in Weymouth in the early hours of Sunday morning when a car carrying at least four people was picked up by the camera driving down a quiet residential street.

The most immediate issue was that two in the group were making the journey on the car's bonnet and windscreen, a problem compounded by the fact their position obscured the driver's view - leading to the car's drift across the road towards a parked car. 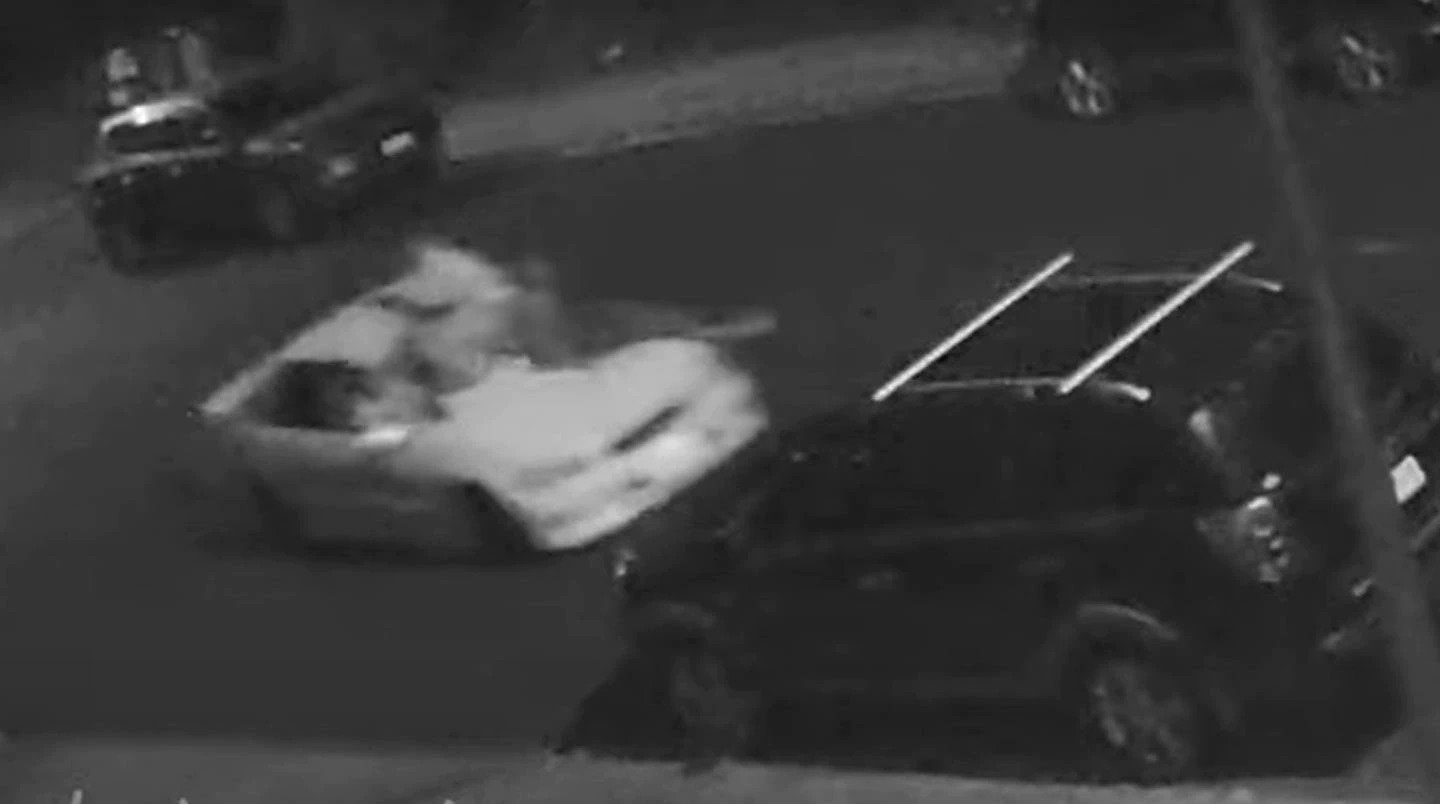 Video shows the driver's view of the road was obscured by his 'passengers'. Photo / Supplied

As it hit the other vehicle the two men were sent flying on to the road.

The local resident who owns the CCTV camera told the Herald he was jolted awake by the sound of the collision.

The video shows the men immediately hopping up, having apparently escaped the crash without serious injury.

They then appear to flee the scene as the front seat passenger hops out to free the entangled vehicles, before the driver takes off again, leaving his companion standing on the road.

The men were thrown on to the road by the impact. Photo / Supplied

The resident said the car only made it as far as the next street along, where it was found "absolutely munted" the following morning.

An impact mark bulging out from the windscreen suggested the driver had been injured in the crash.

The resident said he didn't realise what had happened when he first reviewed the footage, before he spotted the car surfers in a second playback.

"Holy heck! They were on the bonnet," he said.

He said he was "blown away" by what he saw and said the men were extremely fortunate not to be more badly hurt. 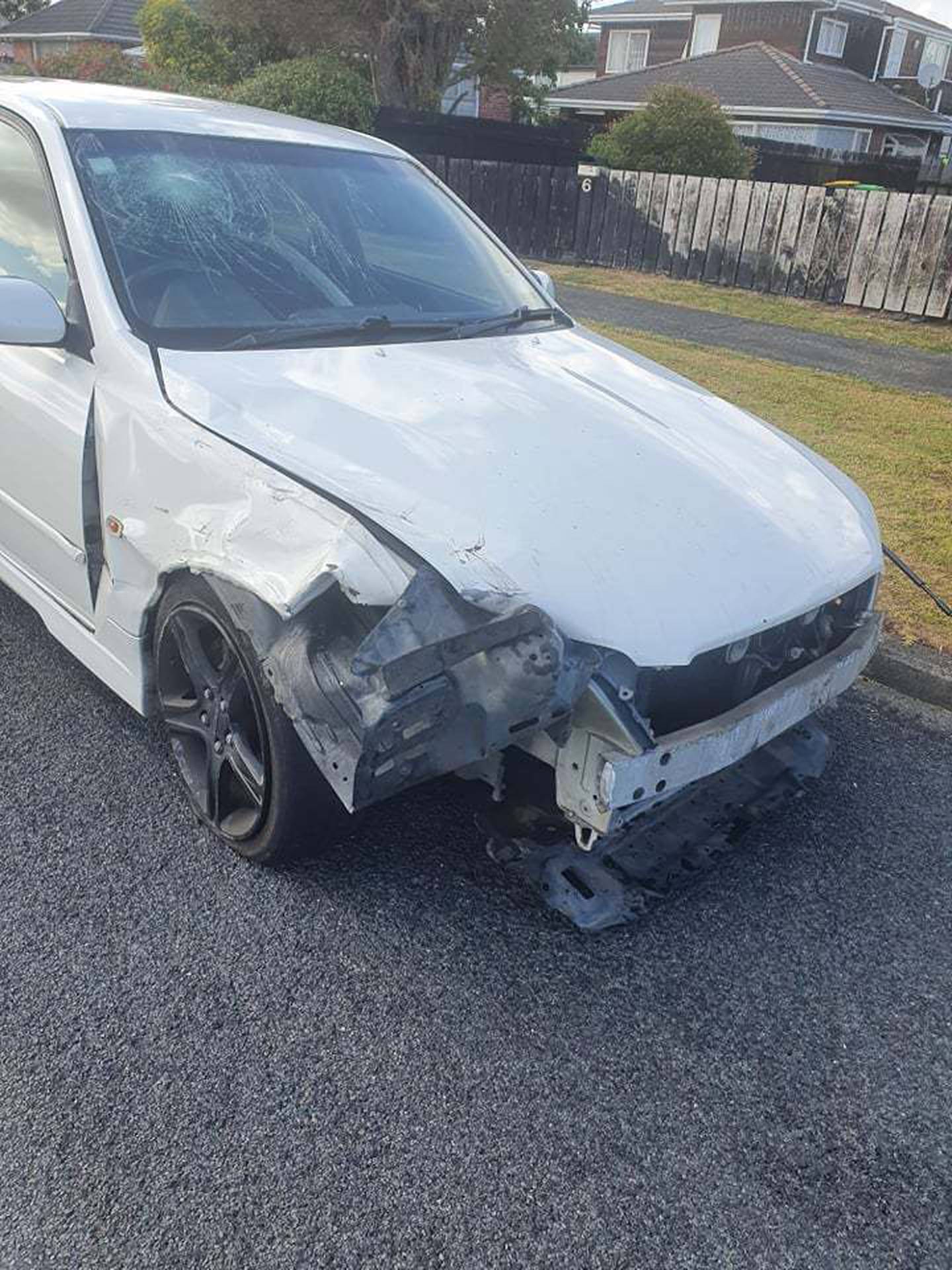 Damage seen to the vehicle on the morning after the crash. Photo / Supplied

A police spokesperson confirmed to the Herald that they received a report of the collision and that there were no apparent injuries.

"Police did manage to speak with one of the people involved, and continue to make inquiries," the spokesperson said.

"The behaviour depicted is incredibly dangerous and put numerous people at risk of injury or even worse, not to mention causing damage to the vehicle of an innocent member of the public," they added, warning that drivers or people involved in such behaviour can expect to be spoken to by police and potentially face charges.