Coastguard has been criticised by Auckland boaties for failing to have a vessel near the Manukau Bar on Saturday where three men died, and where hundreds of boats crossed that day.

"If you were going to pick a place where an accident was going to happen, it was going to be that day on that bar, and I felt they should have had a boat there all day," one man said, who the Herald has agreed not to name.

Local boaties have been thanked for their "heroic actions" in helping to recover three bodies from the water after a vessel overturned near Manukau Heads and the notoriously dangerous bar.

A fourth man on the boat, 23, was airlifted to Auckland Hospital and is recovering in moderate condition.

Police confirmed the three men were aged 54, 61 and 70. An inquiry into how the boat came into trouble has been launched by the Transport Accident Investigation Commission (TAIC). Police are investigating, alongside Maritime New Zealand, on behalf of the coroner. 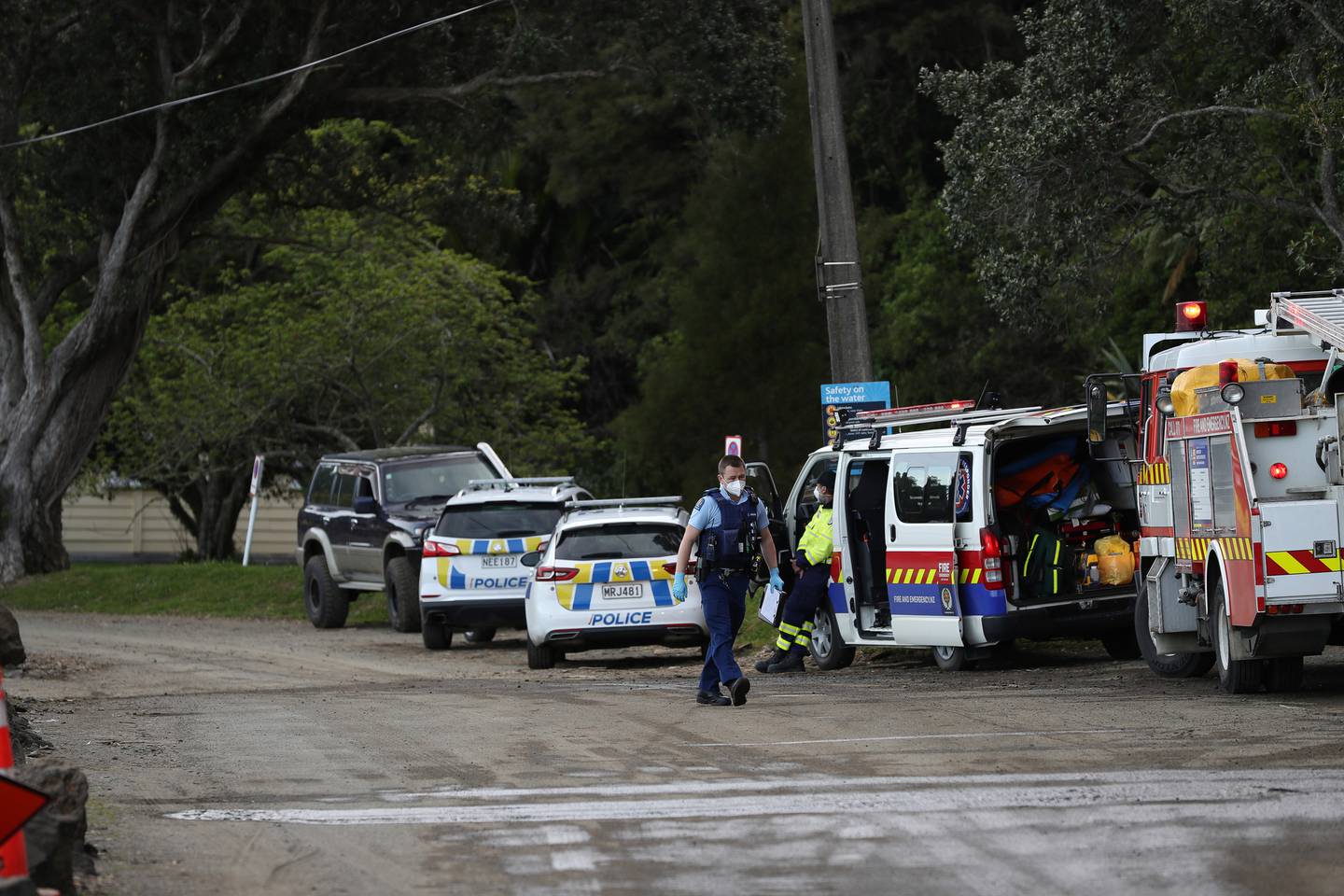 Local boaties have been praised by a victim's family for their "heroic actions" to recover his body. Photo / Hayden Woodward

Coastguard said in excess of 200 boats reported crossing the bar on Saturday.

One man who was on his boat when recovery efforts unfolded said he wished Coastguard had been nearby that day because of how busy it was.

"The most dangerous bit of that harbour is the bar, and there were 200 reported crossings, you could say another 100 on top that don't report their crossings, it was an accident waiting to happen."

The man said he felt "let down" by their response. He helped pick up lifejackets among the wreckage from the capsized boat.

He said larger boats already moored at Huia came out to assist.

"When I got back to the beach they were doing CPR on [the victims] and then they dropped the [rescue] helicopter but ... it was not going to happen, they weren't coming back."

He said it was hard for everyone involved.

Another local man, Phillip Keane, was fishing near Manukau Heads on Saturday morning.

He saw a huge number of boats crossing the bar that day and said many were small vessels or were heading out on their own.

Keane said there is no Coastguard base close to the Manukau Bar. 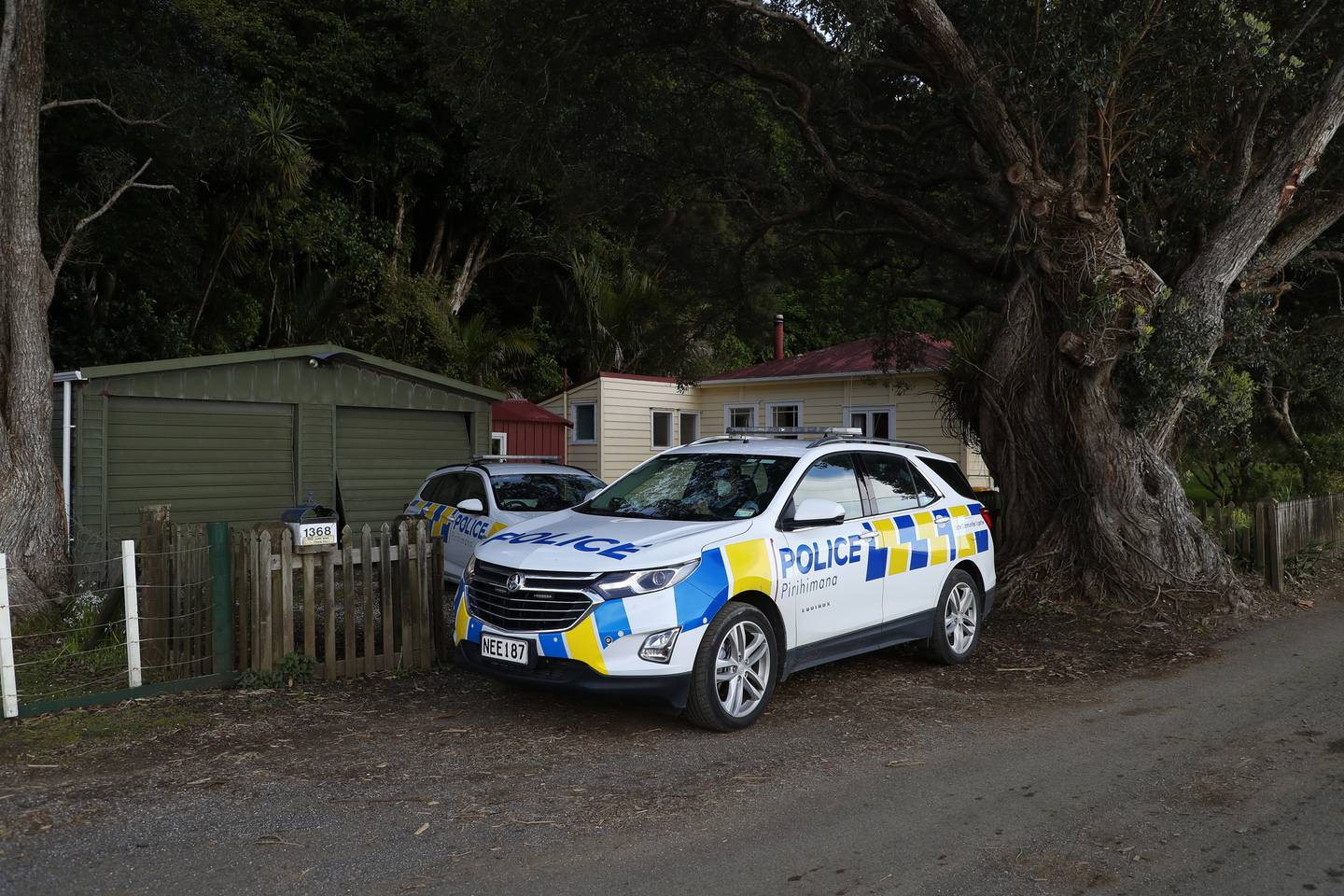 Three bodies were recovered from the harbour and a fourth man was airlifted to hospital. Photo / Hayden Woodward

"On that bar it turns. It's like an instant thing, it's not like you'll be sinking for a good 10 to 15 minutes. If you've got a problem the problem is going to hit you pretty quick.

"Once you're in the water, you've probably got minutes really to be plucked back out. The currents are pretty strong.

"You've got to have respect for that bar, it's probably one of the most dangerous in the country."

Keane said conditions were "absolutely mint" in the morning, but the wind did pick up a bit in the afternoon. He came in to shore before low tide around midday.

"At low tide it's always going to be rougher. There is less of a channel for the water to pass through so in terms of unpredictability, it gets a little bit hairy.

"You really don't want to go when it's wind against tide as well, it sort of roughs it up." Three people have died after their boat overturned near the Manukau Bar on Saturday. Photo / Hayden Woodward

He agreed that Coastguard knew it was a busy day and could have been on standby.

"If anything was going to go wrong it was probably going to happen on a day like that.

"So many boaties, so many inexperienced ones going across. It was a bit of a chaotic day.

"Coastguard probably should have had someone out there, but I know it's all voluntary and it can be tough."

Keane said he's completed the bar crossing seminar and education about the bar is available, but there are not clear channel markers.

Five people have died on Manukau Harbour in the past week, including a diver and a kayaker.

"It gives you a reminder that you do need to be pretty careful out there," said Keane.

Yesterday Coastguard Chief Executive Callum Gillespie told the Herald they were alerted to the incident by police, and helped to try recover the vessel with no success.

Crews from Papakura and Waiuku responded.

A majority died from drowning after either falling overboard, or the vessel capsized or from being swamped (filling with water).

Most recreational boating accidents happened suddenly, and people were in the water before they had time to use emergency equipment not already worn.

"The tragedy at the Manukau Bar with the loss of three lives over the weekend is a horrific lead-in to Safer Boating Week," said Deputy Director Sharyn Forsyth.

"We had hoped these lives could have been saved. Our heartfelt sympathies are with the families of those lost."

Two TAIC investigators are in Auckland beginning an inquiry into the tragedy, including speaking with witnesses and attempting to recover any wreckage, photos or videos of the incident.

TAIC's marine investigations are generally taking more than a year to complete.

The Commission's Watchlist calls for recreational boating rules to require people to demonstrate they can understand and practise safe boating behaviour before skippering recreational craft.

"That's great. But the maritime rules for recreational vessels should require skippers to know the rules, and understand them, and have the skills to comply.

"Twelve years ago, the Commission recommended that the Ministry of Transport address this issue, and we're still keen to see it happen."