The grieving daughter of one of three men who died in Auckland's Manukau Harbour over the weekend said her dad was her best friend.

"I do everything with him. He loved fishing, we made plans to go before the incident," the daughter of Udom Roopsom said, who the Herald has agreed not to name.

The keen fisherman and plasterer, aged 54, was with his two good friends Niveth Boutsady, 70, Mongkhon Wongmongkhon, 61, when their boat overturned near the notoriously dangerous bar in Manukau Harbour on Saturday afternoon.

Despite best efforts from nearby boaties and emergency services, the three men died. A fourth man, aged 23, was the sole survivor. He was airlifted to hospital with serious injuries but has now recovered and is back home with family.

Roopsom was father to a son, daughter and had been married to his wife for 26 years. The pair emigrated to New Zealand from Thailand in the early 1990s.

She told the Herald he was always a helpful man. 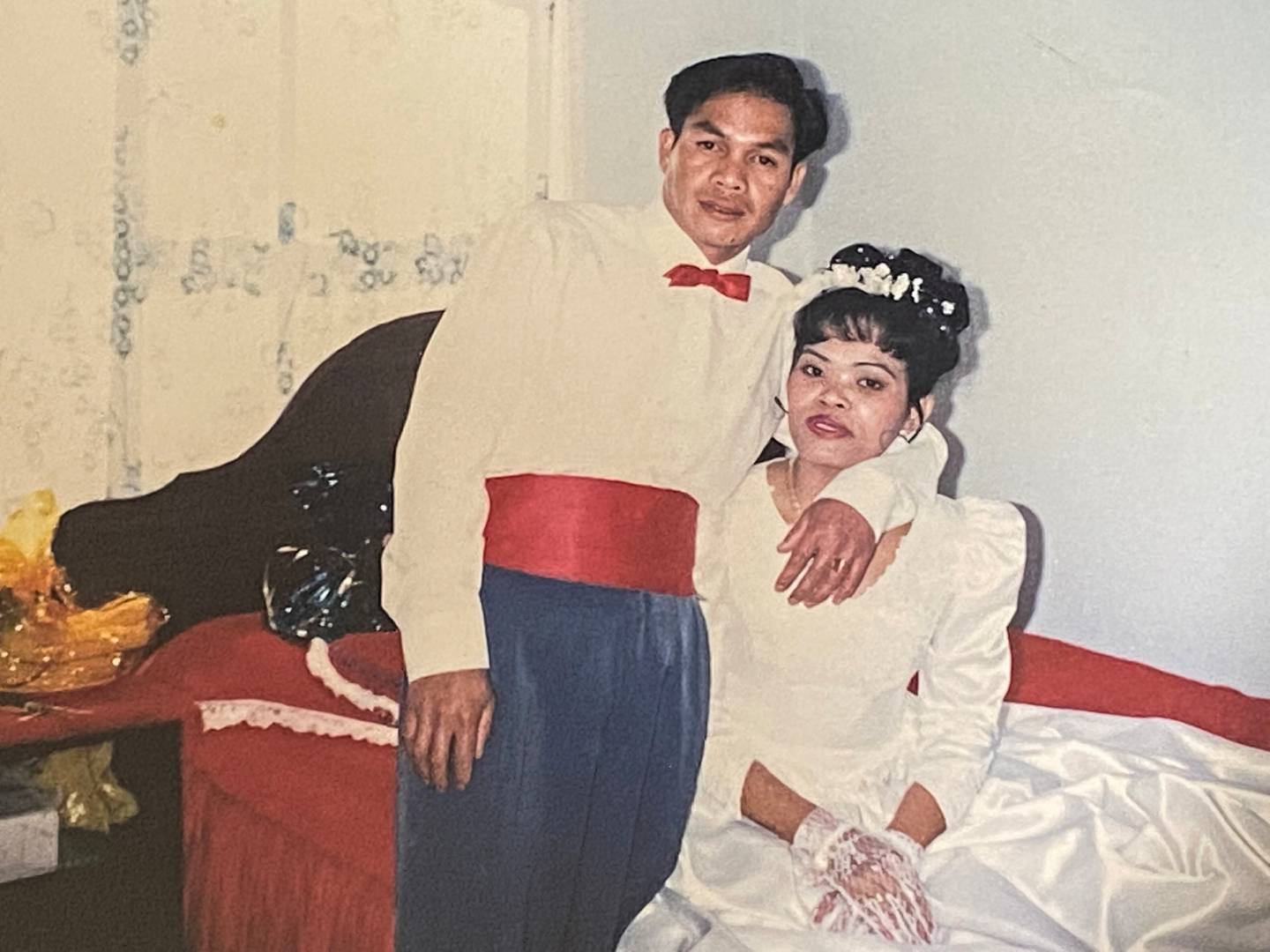 Udom Roopsom, 54, emigrated to New Zealand from Thailand with his wife in the 1990s. Photo / Supplied

"He was really generous to others," Roopsom's daughter told the Herald.

"He cares a lot about others and our family."

She said Roopsom was a good fisherman and would often bring home big catch.

He went out fishing with his close friends on Saturday, as he would often do, on a boat owned by Boutsady. 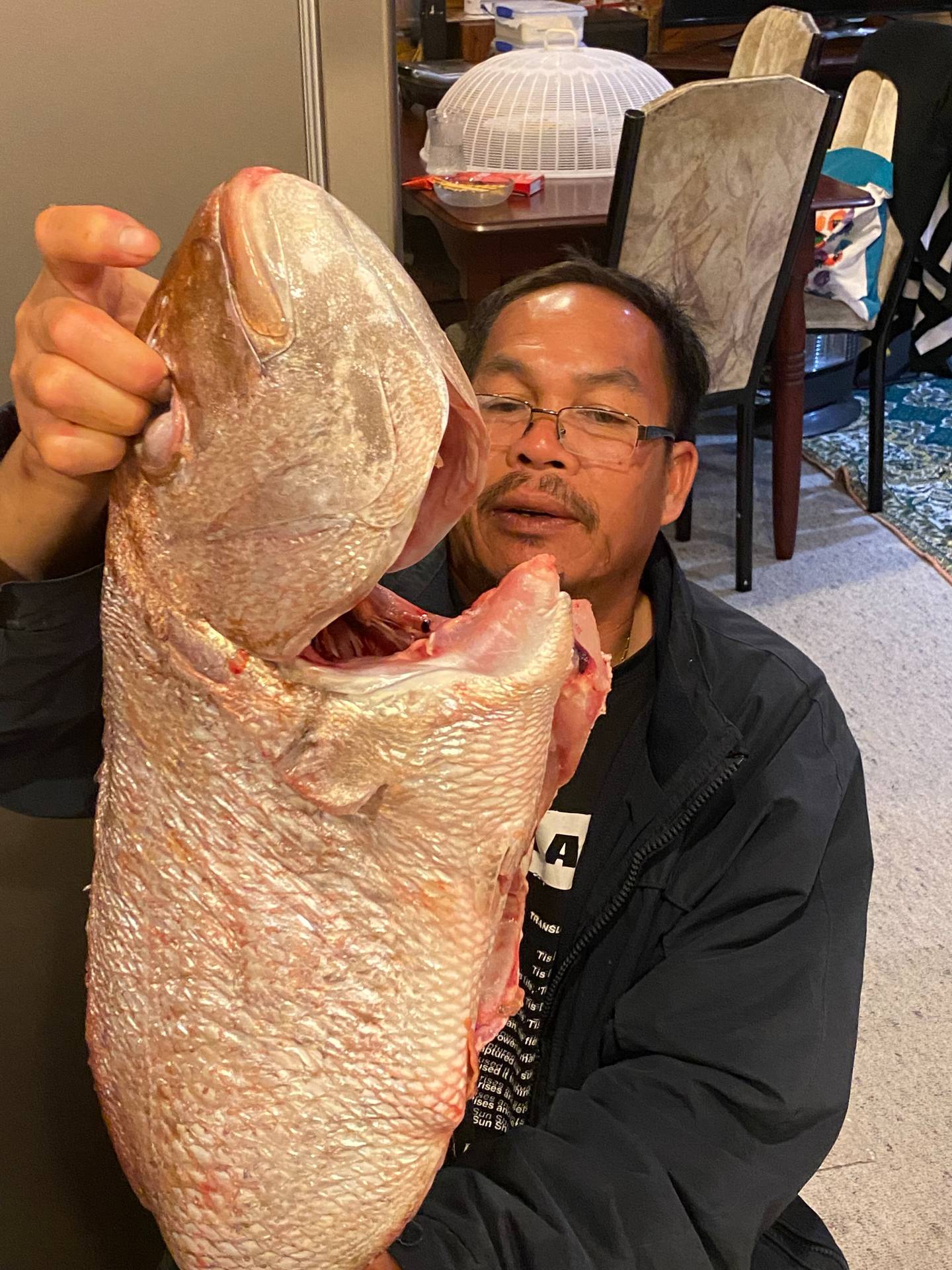 The weather was sunny and hundreds of boaties were out on the water. Coastguard received 1700 trip reports that day. Boat ramps were packed by around 9am, one local boatie told the Herald.

It was the second weekend that Aucklanders could enjoy water sports since the easing of Covid-19 restrictions, and the first weekend of fine weather in a long time.

The family is still unclear how the four men ran into trouble near the bar. The boat had quickly submerged by the time emergency services arrived and Coastguard could not recover the vessel.

It's understood bodies of the three men were taken back to shore at Little Huia by nearby boaties, who have been praised for their "heroic actions" by the nephew of one victim. 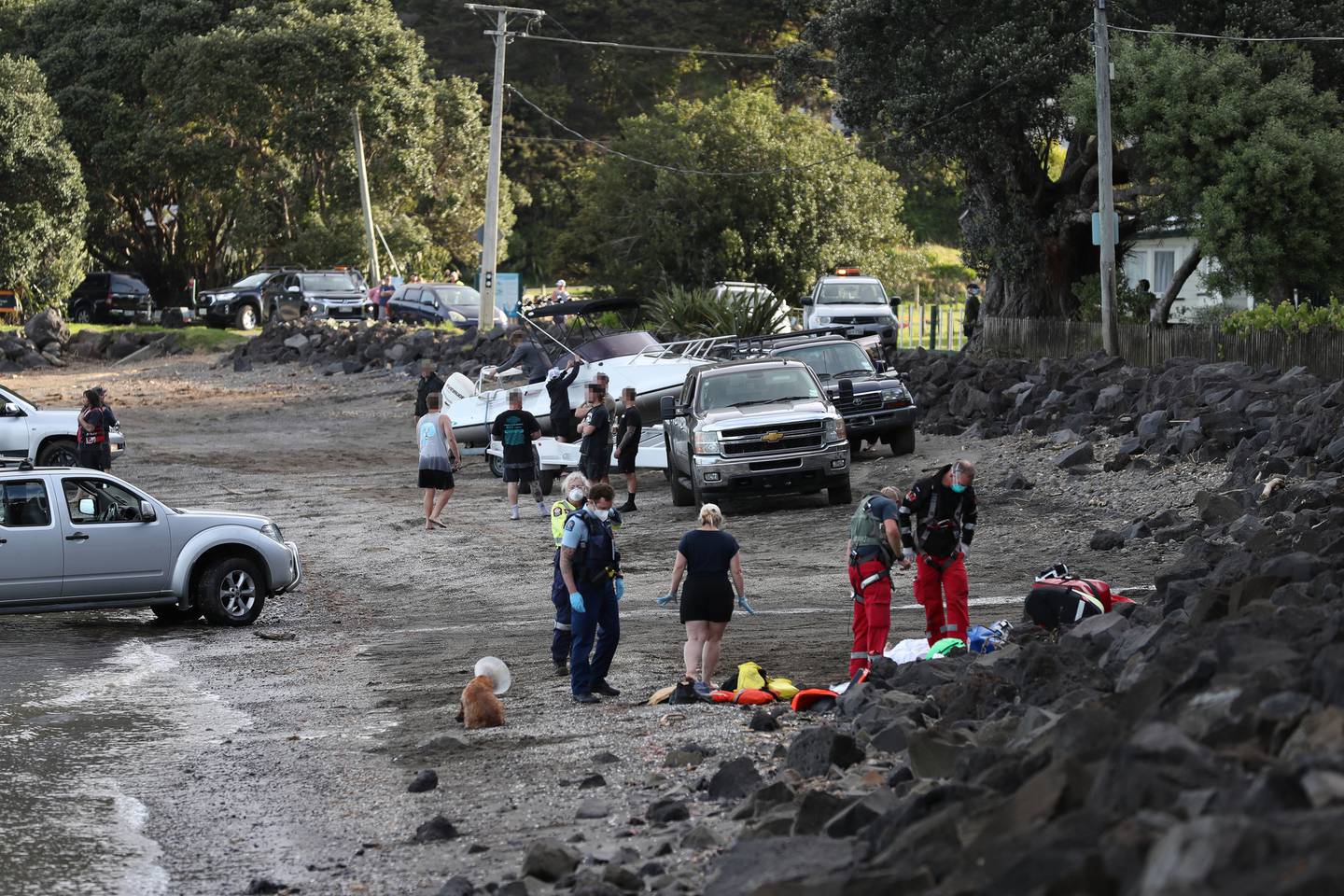 Emergency services were notified around 4:40pm that a boat with four people on board had overturned. Photo / Hayden Woodward

Police investigations are continuing on behalf of the coroner, and with the aid of Maritime New Zealand. Police said they will be speaking with the surviving man, who has not been identified.

On Monday the Transport Accident Investigation Commission (TAIC) opened an inquiry into the incident. Investigators want to speak to witnesses, analyse footage or videos, and any salvaged wreckage.

Two of the three victims were part of the Auckland Thai community, and the third is understood to have emigrated from Laos, the Herald understands.

A ceremony has been planned at the Watyarnprateep Buddhist Temple on Thursday and separate funeral services for the men on Saturday.

"We have some close friends at home waiting to send him off," said Roopsom's daughter.

"We don't have family here. We have family in Thailand, so we just have really close friends [of dads]." 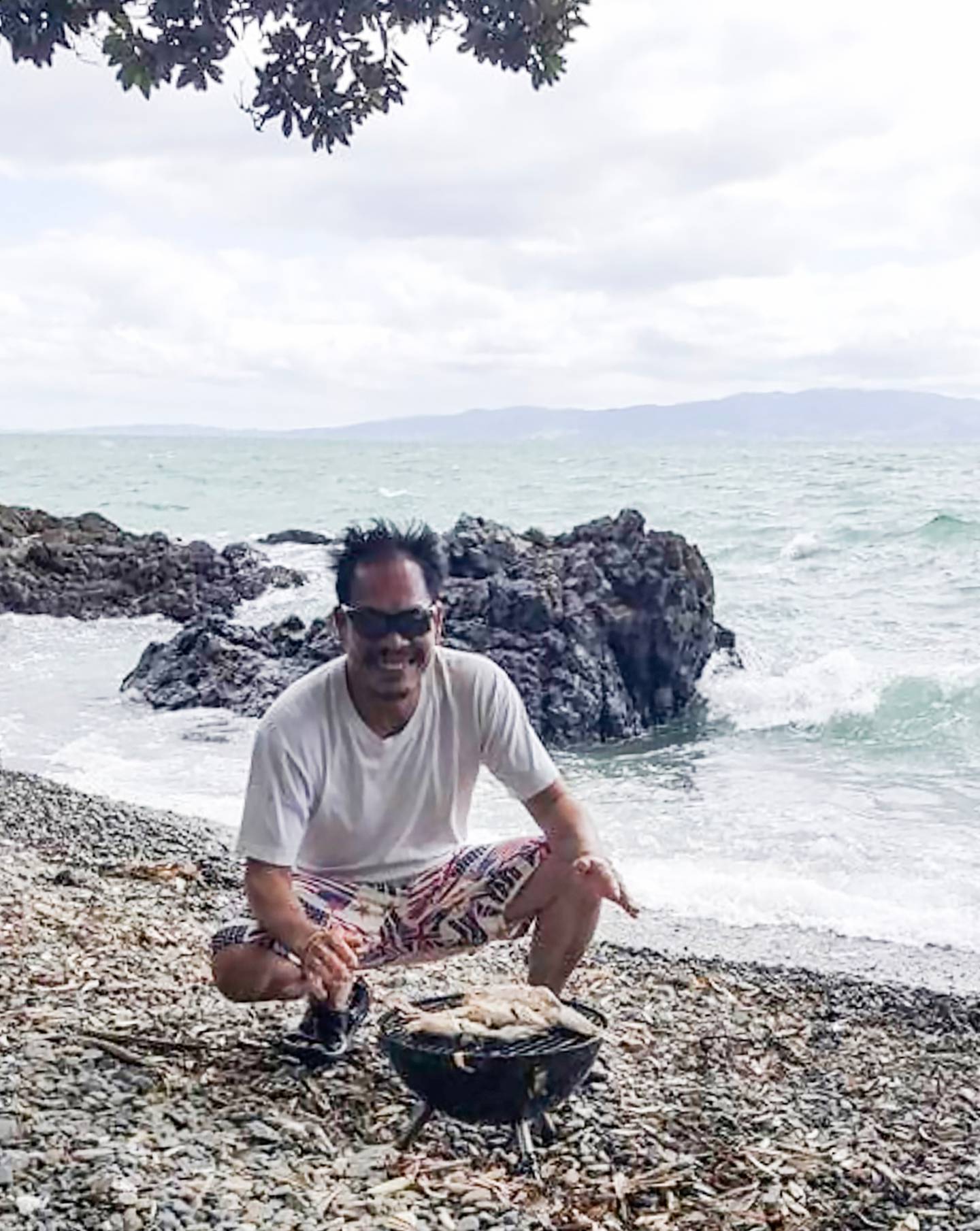 Udom Roopsom was a keen fisherman and plasterer by occupation. Photo / Supplied

President of the Thai Society Songvut Manoonpong said the community is shocked and saddened to learn of the deaths.

He said the men and their families were associated with the Watyarnprateep Buddhist Temple in Kelston, which is currently closed to members of the public under alert level 3.

Normally when someone from the community dies many will go to the temple to pray, he said. But under current restrictions only 10 people can be inside at one time.

A group of monks and nuns have isolated in a bubble together at the temple and will pray on behalf of the victims' families, a temple representative told the Herald.

Prayer for the victims' funerals was carried out by the group at the temple last night. 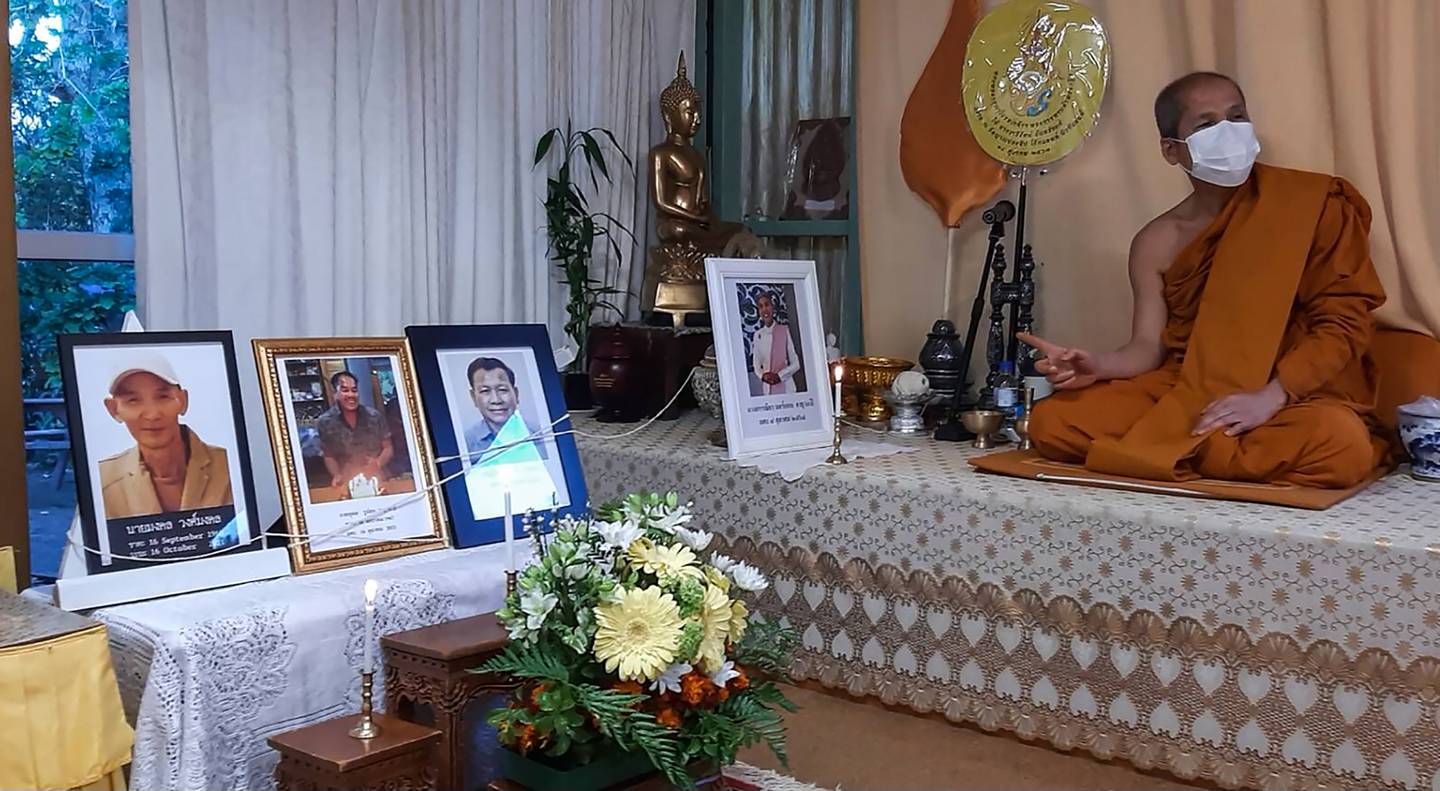 A candle was lit in front of the photos of Boutsady, Wongmongkhon and Roopsom and robes were presented to the monks as an offering.

Roopsom's daughter said the family plans to have the monks bless clothes and bedding as part of a ceremony on Thursday.

"Everything just reminds me of my dad," she said.

Coastguard said the deaths were the worst tragedy on the Manukau Harbour in many years.

Meanwhile TAIC is pushing for recreational boating rules to require people to demonstrate they understand and practise safe boating before skippering craft.

"The maritime rules for recreational vessels should require skippers to know the rules, and understand them, and have the skills to comply," said Chief Investigator of Accidents, Harald Hendel.

"Twelve years ago, the Commission recommended that the Ministry of Transport address this issue, and we're still keen to see it happen."