The cameraman who filmed an Audi R8 while hanging out of a moving car on the Harbour Bridge on Sunday could face a fine of up to $20,000.

Auckland-based professional photographer Beinn Chapple-Law, known as Beinn, was criticised and received a visit from police after he was pictured "hanging" out the back of a moving vehicle all in the name of getting the perfect shot.

Police claim Beinn has committed an offence, alleging he was "riding on a vehicle in a dangerous position".

The driver is also alleged to have permitted the passenger to ride in a dangerous position.

While the photographer faces a fine of up to $20,000 for the incident, which police described as "reckless and dangerous behaviour", Beinn claims the practice is extremely safe and proper safety equipment was used.

"I have a full commercial grade harness where I'm clipped into the car at four different points and I have a rope system where I can close and open the boot," he told the Herald.

"The driver is fully dedicated to looking at the road and driving safely.

"What I do is safer than what the driver that used his phone to take a picture of me while driving.

"I'm in radio communication with the car I was filming. Everything is strapped in, it's safe. 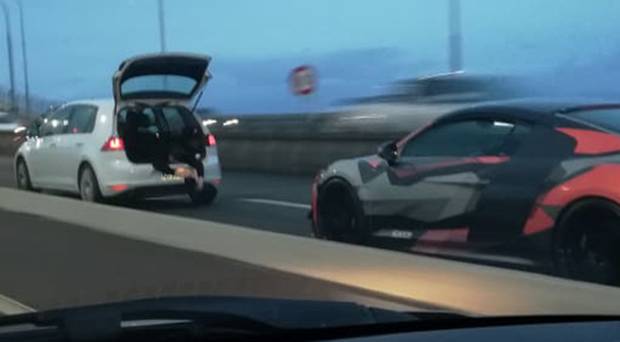 A photographer hangs out of the boot of a moving car (white car with raised tailgate) on the Auckland Harbour Bridge. Photo / Supplied

"The camera and the stabiliser is also strapped in so there is zero chance of dropping the camera and causing a crash.

"I get why people would think it's dangerous, but it's extremely safe and isn't as bad as it looks."

Despite being fully strapped into a harness, the incident is technically illegal.

Beinn has previously had a run-in with police over his photography after he fined for filming with his arm out the window while holding a camera along SH1 heading to Hamilton.

However, this form of photography relatively common across New Zealand, and in particular the car industry. 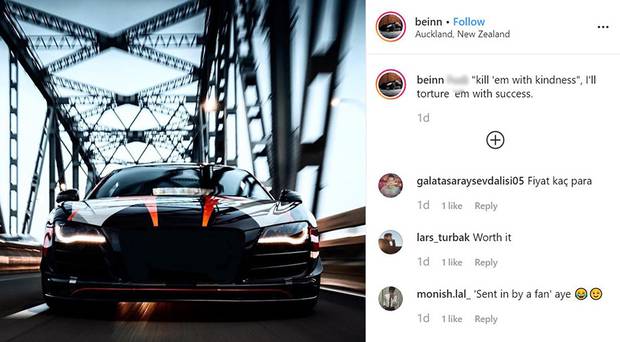 Beinn told the Herald that while police allege his act was dangerous, he argues the measures taken to insure he's strapped into the car show he acts safely.

"The cops came to my house last night and asked who the driver and passenger was. I told them the truth.

"My argument is that it's not dangerous considering I'm fully strapped into a harness.

"The camera and the stabiliser is also strapped in so there is zero chance of dropping the camera and causing a crash.

"It's extremely common in New Zealand. I think its safer than hanging out of the window." 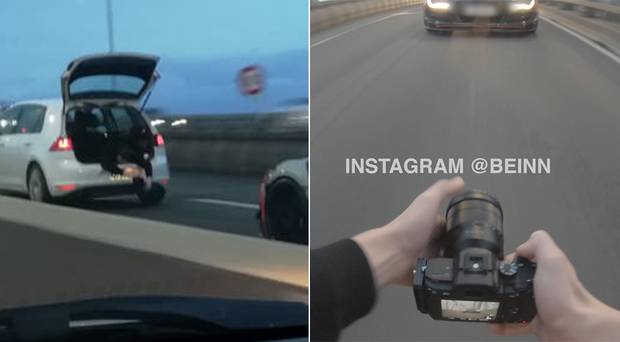 The cameraman who filmed an Audi R8 while hanging out of a moving car on the Harbour Bridge on Sunday could face a fine of up to $20,000. Photo / Supplied

The Aucklander, who has been involved in film and photography for more than five years, doesn't have any plans to slow down the adrenalin-filled style of photography.

Beinn says he understands the risks involved and weighs up potential fines in the pricing of his photoshoots.

As for his customers, he says they come first and he'll do what it takes to get the job done.

"To get that shot [Harbour Bridge photoshoot] without the technique I was using, you'd need a $100,000 system that's a massive rig and you wouldn't get a permit to use it on the Harbour Bridge. That's why I do what I do, and it's completely safe.

"This is my art and my fulltime job. I do whatever it takes to get the shot."