Police have blocked off part of a busy road in central Auckland as a large number of gang members have gathered to farewell one of their own.

More than 300 mourners are at the funeral of Taranaki "Ardie" Fuimaono, the 43-year-old Head Hunters gang member who died shortly after being taken into police custody almost a week ago.

His funeral is being held at the St Joseph's Catholic Church on Great North Rd in Grey Lynn.

A large number of the mourners are gang members who are taking part in a funeral procession for their fallen mate.

Road authorities have issued a notice telling motorists to avoid the area, if possible, or to allow for extra time for diversions around the intersection of Great North Rd and Coleridge St.

"To help manage traffic congestion in the area, police have put temporary cordons on Great North Road between Williamson Ave and Coleridge Street," police said in a statement.

Cordons are also in place on Crummer Rd and Coleridge St, police said. The service sheet for the funeral of Taranaki "Ardie" Fuimaono. (Photo / Supplied)

A NewstalkZB reporter at the scene said just before midday that there were hundreds of patched gang members standing outside the church; as the funeral service was taking place still inside.

"It's very quiet at the moment. You could hear a pin drop," he said.

"Everyone is just mingling. You can only hear a couple of laughs now and again. Some people are eating pies, just waiting."

Despite the large gang presence, there were not a lot of police officers on site, he said. However, a Police Eagle helicopter hovered over the area for some time.

Some people have been spotted wearing white, while a large number of gang members are decked out in black and wearing their respective gang patches. 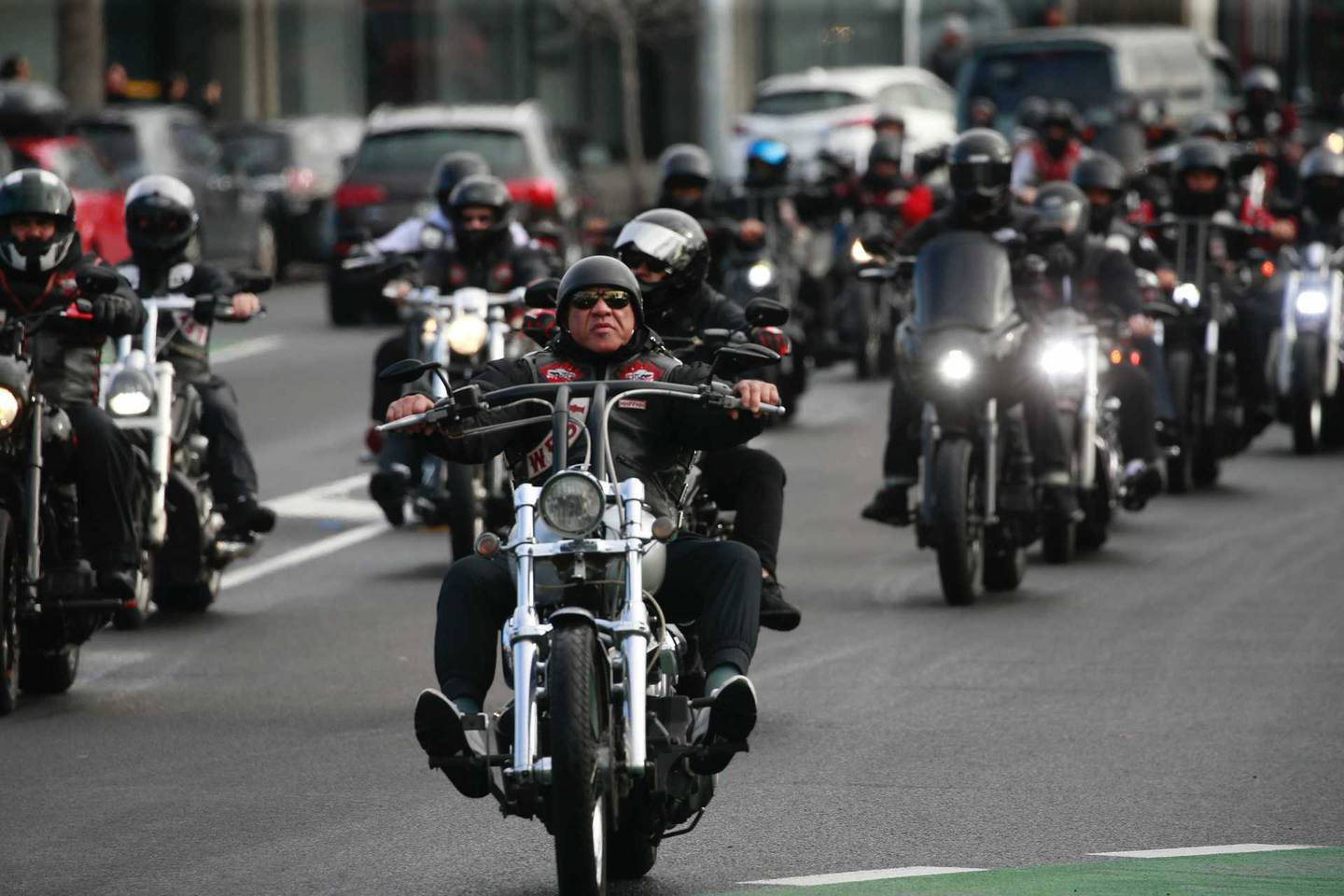 Hundreds of gang members are attending a funeral for a Head Hunters member in Central Auckland today. (Photo / File)

Some men decked in King Cobra patches are also in attendance. It is understood Fuimaono is a former KC member.

Members of other gangs have also been seen arriving to pay their respects; including traditional rivals.

Gangs seen represented at the funeral include Hells Angels, Sons of Samoa, the Mongrel Mob and Black Power. Members of the Head Hunters spotted in St Lukes ahead of the funeral of Taranaki Fuimaono. (Photo / Kirsten Collins)

Police told the Herald that events related to Fuimaono's funeral are happening across the city throughout the day - from Pt Chevalier to Grey Lynn and parts of South Auckland.

A family service for Fuimaono was held at the same church last night.

A service sheet showed photos of him as a young boy, a young man and later as a father with young children.

His coffin includes the Samoan flag painted on the side of it.

Fuimaono, of Westmere, was arrested on Saturday evening and later died in Auckland City Hospital. Police said they were providing support for his family and that a critical investigation was now under way to establish the circumstances surrounding his death.

The matter has also been reported to the Independent Police Conduct Authority.

WorkSafe NZ and the Coroner have been notified of the death as well.