A popular restaurateur who pioneered Malaysian South Indian-style banana leaf curry rice meals in Auckland is fighting for her life after a fall last Friday left her paralysed with critical injuries.

Yougeswari Subramaniam, 61, remains in intensive care at Middlemore Hospital with complications due to a spinal injury and a family member says she has a "50-50 chance" of survival.

Her restaurant, Santhiya's, at the Mt Roskill end of Dominion Rd, is known for its all-you-can-eat banana leaf Sundays, and many in the Malaysian community regard her mee goreng as the best in town. 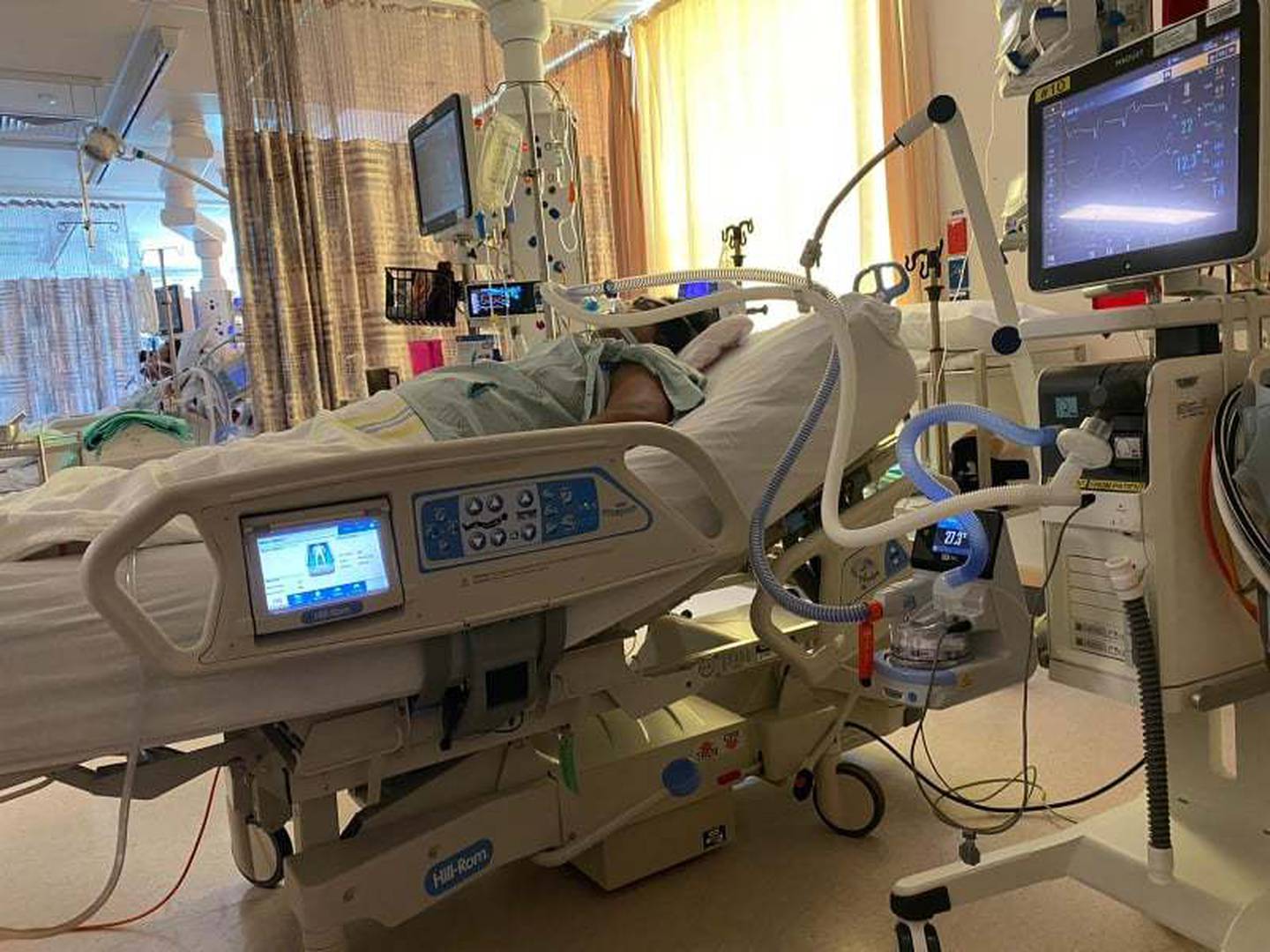 Yougeswari Subramaniam is fighting for her life after her fall, and is now in ICU at Middlemore Hospital. Photo / Supplied

Subramaniam has been running Santhiya's, which she named after the daughter, for 31 years - first on Ellis Ave, before its relocation to the current site in 2006.

News of her accident shared on Chow Luck Club, a foodie group on Facebook, has garnered a reach of nearly 11,000.

Financial support is also pouring in on a Givealittle page https://givealittle.co.nz/cause/santhiyasrestaurant?fbclid=IwAR3oM7JQl5eYphlzBHW-xjbckx2-gEODCzIcr-gWC9STCcxE7-kJKUY_7CI set up by a family friend Yogi Kumar.

"Yougeswari Subramaniam experienced a dramatic change of personal circumstances after she severely injured her neck as a result of a fall," Kumar wrote.

"Aunty is now paralysed and due to the challenging circumstances, Santhiya's restaurant is permanently closed. Aunty is well known for her jovial personality, amazing food and great hospitality."

Her son Masillan Veejian, 27, said the family are still in shock and coming to terms with what happened.

"Everything was normal on Friday, and then Mum came home, had a fall in the house and now we are faced with this horrifying chance that we could lose her.

"In fact, on Friday she was unresponsive after her fall and had to be resuscitated by the paramedics."

Veejian said the restaurant was her life, and where she would spend up to 12 hours every day.

"Mum named her business after my sister Santhiya, and the restaurant was like her baby too, really," Veejian said.

"She is a firm believer that food brings happiness, comfort and even cure homesickness, that's why she puts so much into what she does. Judging by the words of support and comments we've seen, Mum seems to be right."

With the sudden closure of the business and with no possibility of his mother getting back to work, a big worry for the family is what to do with it.

"The business was meant to be part of the family savings when sold, but our accountant has told us that without Mum, the name Santhiya's holds no value anymore because she is the business."

The traditional South Indian-inspired Malaysian dishes cooked there were from recipes passed down from generation to generation within Subramaniam's family. 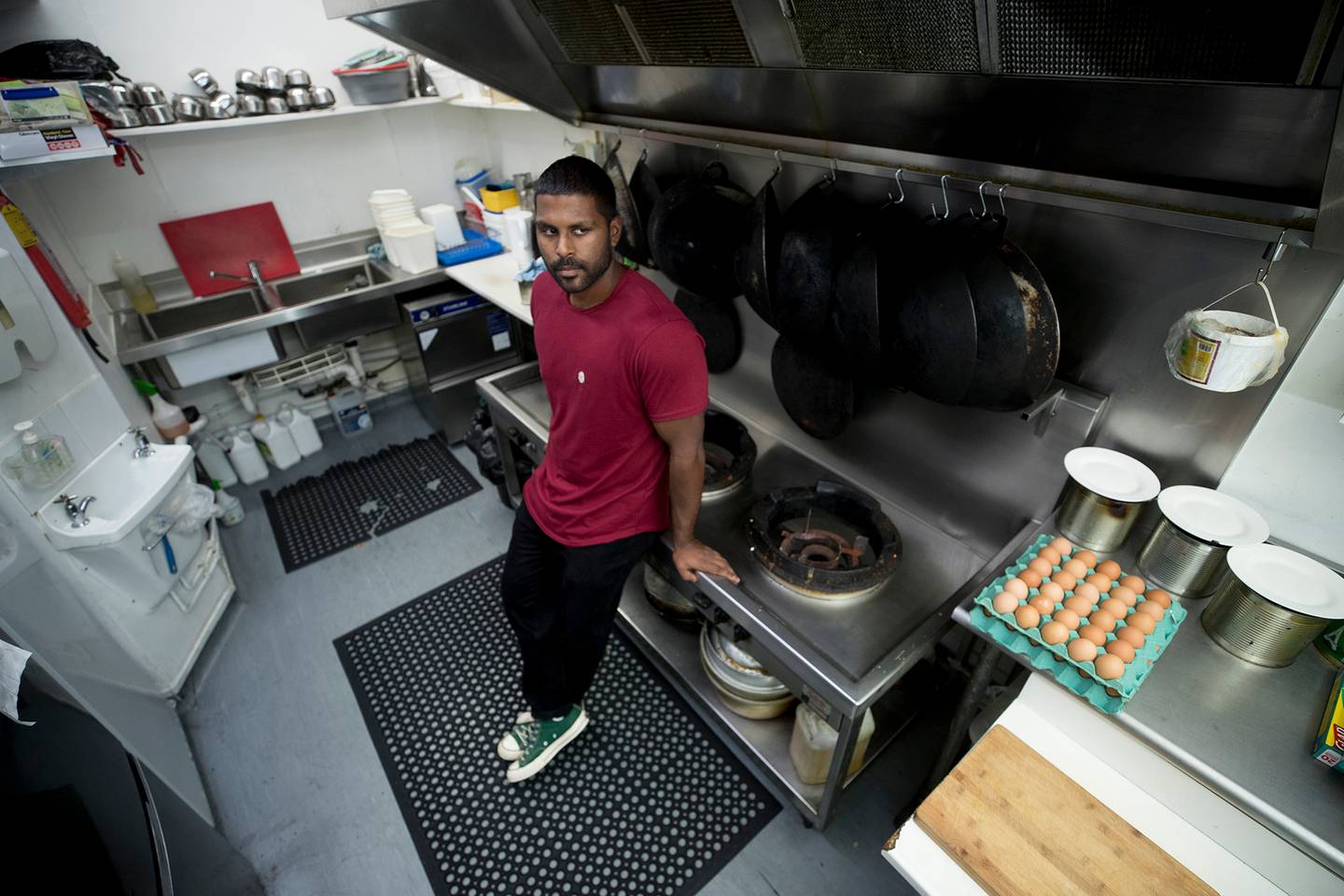 Veejian said that as a result of the fall, Subramaniam was now paralysed from the chest down and was suffering from low heart rate and breathing difficulties.

"Mum is coherent, but that is the painful part, to see that she's able to talk but can't move any part of her body," he said.

"It's also heartbreaking to see her feeling so mentally down. She is a people person, and now she can't see anyone or even have the ability of using the mobile phone to call someone."

Veejian said his father was the only designated visitor, and Subramaniam was expected to be in the hospital for at least six weeks.

Real estate agent Prasanna Kumar, who has been a customer for 20 years, is shocked by the sudden closure and news of what happened.

"Aunty's cooking is fantastic and she is well known for her mee goreng, nasi lemak, banana leaf meals and lots more," he said.

"Most of all she cooks with so much of love and feeding so many satisfied customers."

Kay Kay said in a comment on Facebook that she "went numb" when she heard the news.

"When I arrived in NZ 2009 alone, she was the first restaurant I called for help and without fail she guided me, whom to see and what to do," Kay Kay said.