Several youths - who police claim were part of a "boy racer group" - have been left critically injured after a crash in South Auckland overnight.'

The vehicle, a Mazda Demio, was travelling at speed when it collided with a traffic light at the intersection of Allens Rd and Neilpark Drive in East Tamaki, police said.

On impact, multiple persons were trapped, being left in a critical condition and having to be cut free by fire crews.

Allens Road has been closed by Auckland Operational Support and Police while the Serious Crash Unit attended.

"Speed is a factor along with inexperience," a police spokesperson said. 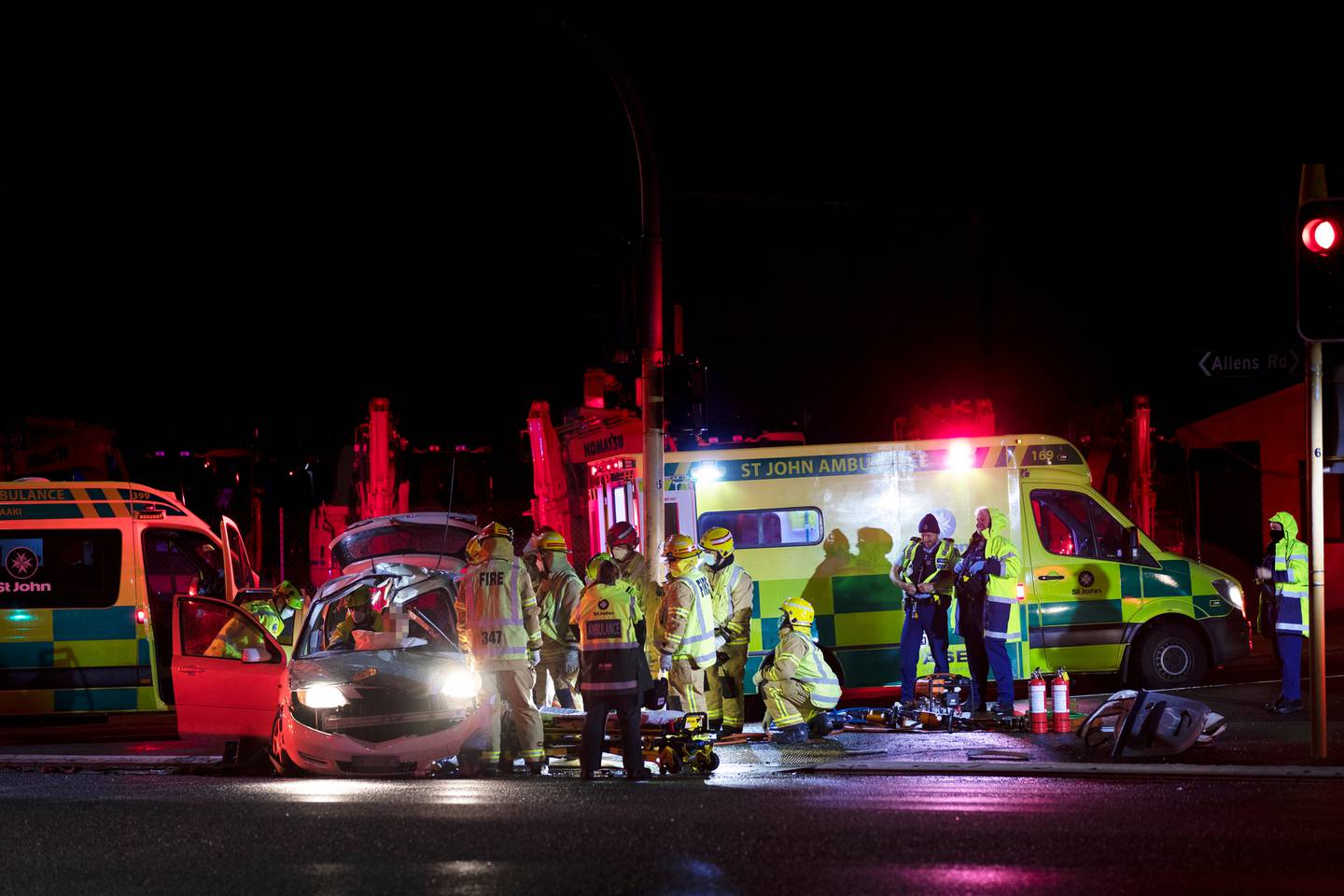 Emergency services at the scene of the serious crash in South Auckland. Photo / Hayden Woodward

"The vehicle was part of a group of boy racer group, we understand at this stage.

"The conditions are wet, and the simple message is slow down and drive to the conditions."