The mental and financial stress of living through a "war zone" is becoming too much for business owners in the path of the $4.4 billion City Rail Link in central Auckland.

After years of struggling through the first stage of the mega project in lower Albert St, many businesses are facing at least two more years of disruption as the main contract moves further up the street.

Jaydee Patel, who owns a general store on Victoria St, says his turnover slumped by more than 50 per cent from the first works on Albert St.

He likened the noise, dust and protective hoardings to a "war zone" outside his shop of 20 years, a once healthy business now railroaded out of customers and cash.

Hoardings provided cover for burglars to break into his shop and steal $17,000 worth of cigarettes and other stock.

His wife, Pratima, said the stress on her husband had been immense. After working up to 60 hours a week to pay rent, building insurance and $16,000 a year in rates to Auckland Council, Jaydee Patel can barely afford to pay himself a wage and relies on his wife's salary to get by.

"I don't know if I will survive," says Patel, looking out to another two years of disruption when the Victoria St and Albert St intersection closes on June 29.

The closure of the intersection and reopening of the Wellesley St and Albert St intersection two days earlier is for work on the new Aotea Station below Albert St, described as "massive in scale" by Dr Sean Sweeney, chief executive of City Rail Link Ltd.

But while the Government and Auckland Council have put aside $4.4b for the project, there is nothing in the budget to compensate businesses impacted by the main contract.

A hardship fund was set up for the first stage of the project in lower Albert St, but it only covered construction delays and came about after a rowdy battle in 2019 that included Newstalk ZB host Mike Hosking relentlessly pursuing Prime Minister Jacinda Ardern on the issue.

The "business hardship programme" paid out $617,178 to 25 businesses. Payments have ranged from $5500 to the cap of $100,000. Twenty two applications were rejected and two are being revisited. Patel did not qualify because his shop is 20m back from Albert St.

Heart of the City chief executive Viv Beck said it has been an absolute battle to get help when people's livelihoods are at stake and they are experiencing extreme anxiety and financial stress from a public project on their doorstep. 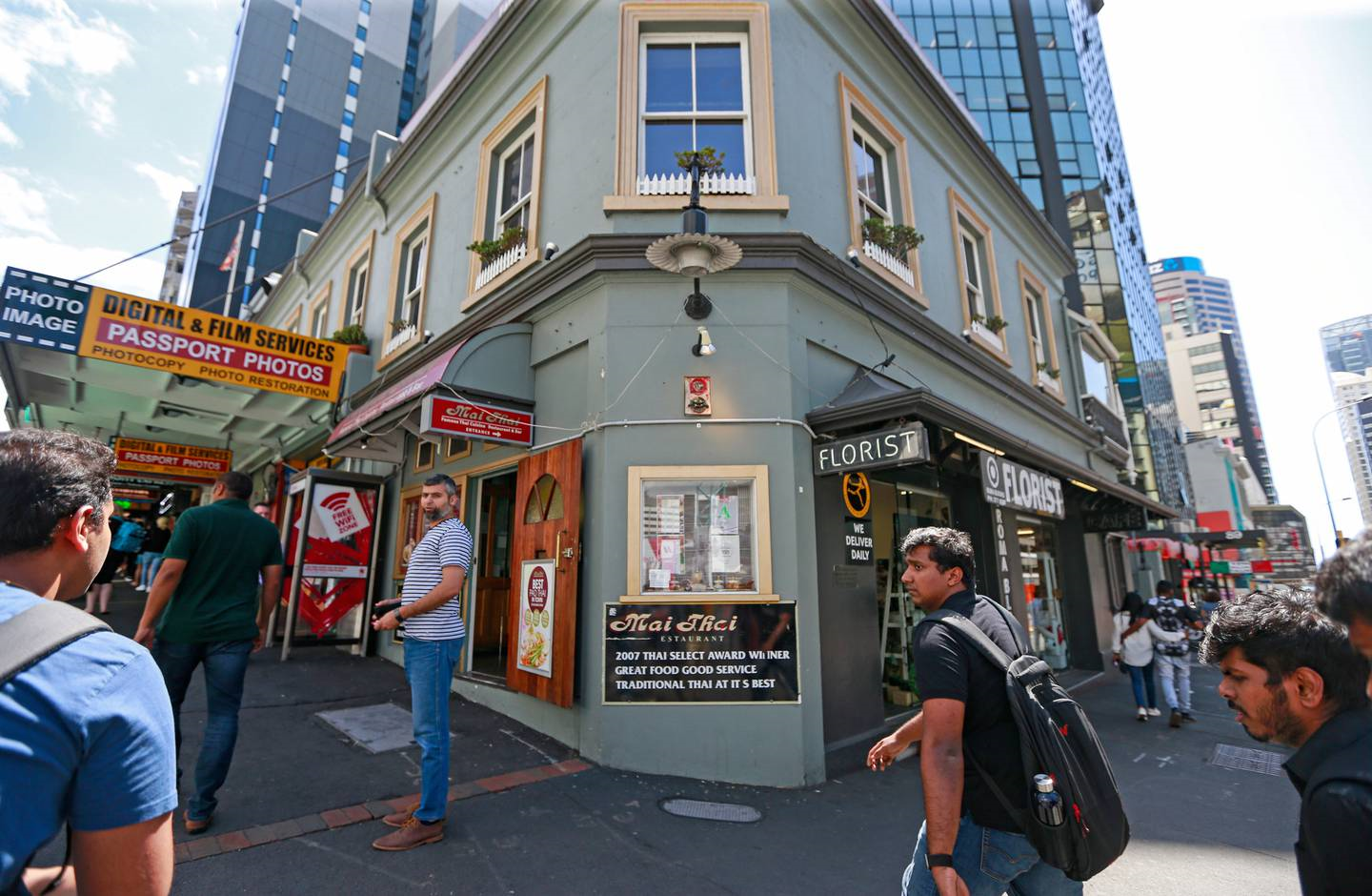 The intersection of Victoria and Albert St is due to close to traffic on June 29. (Photo / Alex Burton)

"I actually think this is sustained neglect of their duty to care for these people."

Beck said the hardship fund for the first stage of works was "miniscule", saying small businesses affected by the light rail project in Sydney got $200,000 on average from a budget of $60 million.

Wood said he has asked the Ministry of Transport to look at the issue of compensation, a position supported by Goff. Both politicians have been invited to meet with businesses but have not turned up.

Sweeney said City Rail Link Ltd and the Link Alliance construction group are intensely aware of the impact of construction on local businesses and doing everything "humanly possible" to help.

Compensation, he said, was not his remit: "We are there to build a railway."

The Herald is seeking comment from City Rail Link Ltd chairman Sir Brian Roche, who has met with businesses, about his views on compensation.

Shobhana Ranchhodji, who owns Roma Blooms on Albert St said the wellbeing and safety of small businesses are being wilfully ignored by the likes of City Rail Link Ltd, Auckland Council and the Government.

She is coordinating local businesses seeking compensation for lost income and stress and anxiety from the construction works. Erdal Demiray, who runs the popular Cafe Midnight Express on Victoria St, said Britomart was pumping on Thursday night with the restaurants full. His cafe was 10 per cent full.

Colm Cummins, the owner-operator of The Fiddler Irish Bar, said his business is in the same position as the first stage that started in 2016 but at a much greater scale.

"CRL will close Victoria St to traffic on June 27. I can't see my business surviving much beyond that date. People will avoid this area, as they have avoided areas of the construction before, and rightly so," he said.

Like Nikki Kaye before her, Auckland Central MP Chloe Swarbrick is trying to help the "human beings running small businesses" impacted by the CRL works, saying rent relief from landlords and compensation are ways to approach a solution.

In a recent letter to Wood, Nash, Goff and Waitemata councillor Pippa Coom, the Green MP said a survey found many businesses could not see themselves surviving past the length of the project.

"Some of these businesses have been present in this location for over 30 years and they are a valuable and integral part of the Auckland Central historical landscape," Swarbrick said.