A woman is furious her car has been stolen from a VTNZ testing station in Auckland after an inspector left it unattended with the keys still inside.

Now, as she faces the ordeal of replacing her $15,000 Mazda 3 and about $2000 worth of contents that were inside, she's calling on VTNZ to change its procedures, install security cameras and take responsibility for costs associated with the theft.

"I'm just so upset at VTNZ because they had my keys sitting in the car with no one watching it," Ashlee Young told the Herald.

The call for VTNZ to step up is backed by litigation lawyer Michael Robinson who says it sounds like the Westgate testing centre was negligent and should be footing the bills..

VTNZ told the Herald the company is looking into the circumstances surrounding the incident and providing support for the 26-year-old West Auckland woman.

Young took her white 2014 Mazda3, rego LEGZII, to the Westgate branch for a warrant of fitness about 2pm on Monday.

After paying for the $69 WOF she waited inside the reception where she saw the inspector drive her car into the workshop area.

She then moved outside to an area where the cars are dropped off after the inspection.

"I did think to myself, 'This is taking a while' because there was no one else really getting WOFs. I then looked up from my phone and saw my car being driven out the entrance."

Young initially wondered if it was part of the inspection.

"I messaged my boyfriend and said, 'Is it normal when you are getting a WOF for them to take it around the block'?".

When he said no she asked the inspector who had done her WOF what happened to her car. 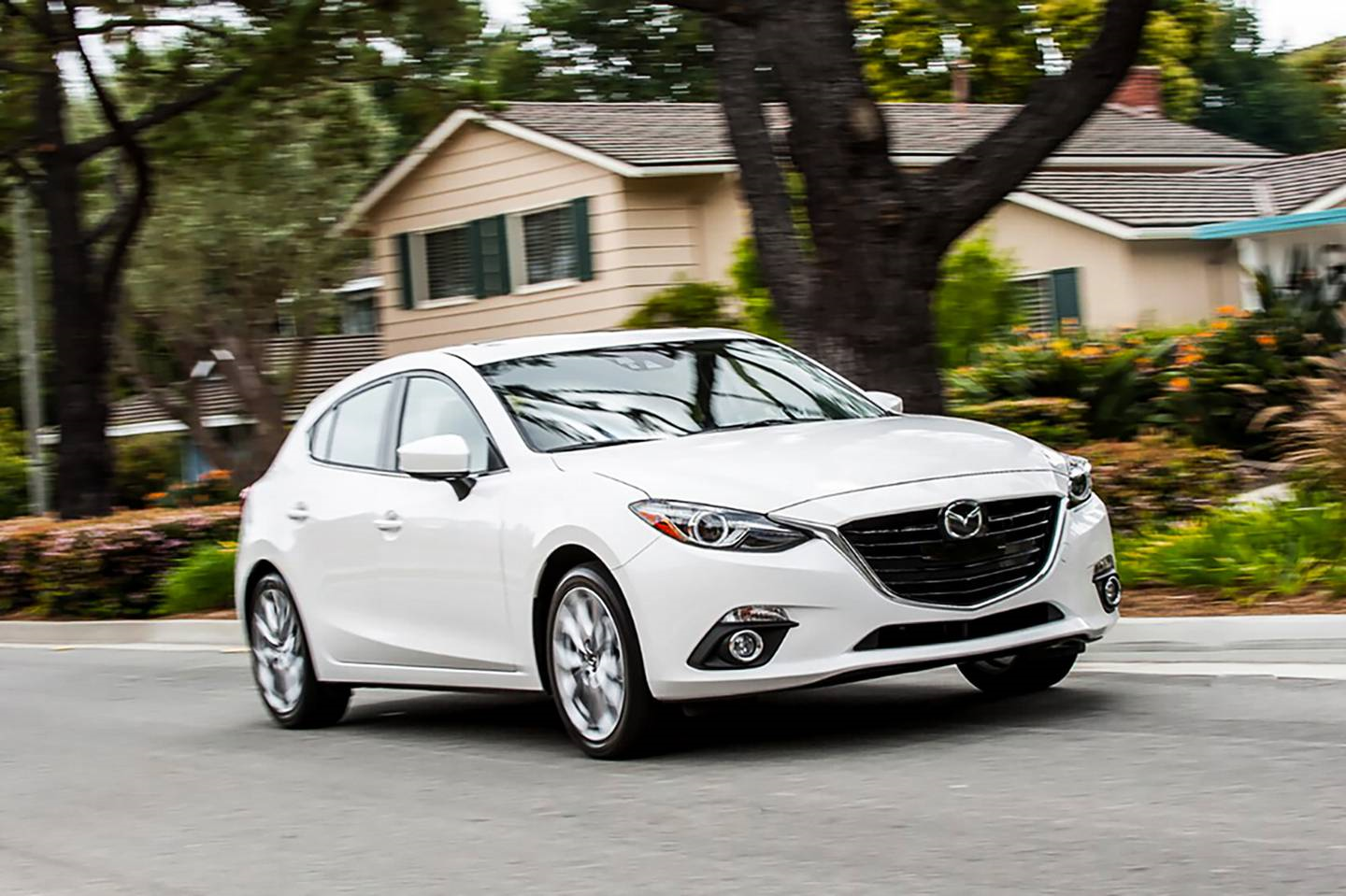 A 2014 Mazda 3 hatchback, similar to this but with a rego LEGZII, was stolen from the Westgate VTNZ during a WOF inspection. (Photo / Supplied)

"He said, 'Oh, someone took it ... Someone was waiting at the end of the workshop and they took it'."

The inspector then explained what had happened while he was writing up the WOF sticker inside.

Young, who was fairly upset by this stage, said most of the staff were unhelpful. The inspector went back to work while the receptionist phoned the branch manager before giving her an incident form to fill in.

"By this time I was really distressed because someone had just stolen my car."

When her boyfriend arrived he asked about the police but no one had called them and staff seemed busy continuing with their work.

"No one took any responsibility, no one wanted to help. I think I was just in shock and didn't really know what to do."

She said the inspector apologised as she was leaving.

On the way home she called her dad. He rang the manager who was working at another branch that day.

"He was on the phone to him for ages and gave him a serve. The guy took no responsibility. He said ... 'It's just one of those things'."

The centre doesn't have security cameras so there is no footage of the person who stole the car, which was last seen being driven out of the Pinot Lane entrance and left into Cellar Court towards Fred Taylor Drive.

Young now wants the VTNZ to take responsibility and change procedures so the same thing doesn't happen to anyone else.

While she has insurance there is a $650 excess and seven-day stand-down period before paying out. The company has agreed to pay for a rental car but she'd like it to also pay for her excess and any missing contents that insurance won't cover.

A VTNZ spokeswoman said the company was "appalled" someone would come into the branch and steal a car.

"VTNZ really feels for the customer and is providing support. We have offered to provide a rental car for as long as it takes for the theft to be resolved. If the car is not recovered, we will talk to our insurance company about how we can continue supporting the customer.

"VTNZ takes responsibility for cars when in our care, and we will be looking into all the circumstances surrounding this incident including security and our staff's response."

It is not the first time a car has been stolen from VTNZ.

In 2012 a woman had an $8500 Holden, which was being inspected before she bought it, stolen from the Mt Wellington branch in similar circumstances.

There weren't security cameras at that branch either and VTNZ said at the time it was an unfortunate incident - but not a common one.

Lawyer Michael Robinson said VTNZ should be looking to cover not only the cost of replacing the car but all other expenses that go with that and the inconvenience of the theft.

"If someone had smashed the window and broken into the car then that would be different. But if the keys had been left in and the door was open then I would say without any doubt that they haven't acted responsibly and it's been their negligence which has caused the car to be at risk and ultimately taken."

He said the same principle applied to any business where you hand over your keys, such as a valet, car cleaning service or mechanic.