Auckland Transport is running out of money to operate the city's buses, trains and ferries at current levels and is holding high-level talks with Mayor Phil Goff and the Government for extra funding.

The long-lasting impacts of Covid-19 are hurting patronage and income from public transport, which combined with high inflation, rising costs and delays, means AT will have to make some "delicate decisions".

"We are in the middle of a perfect storm. We don't have sufficient funds at the moment to keep the public transport service operating as it is," said AT's investment planning manager Tim Brown. 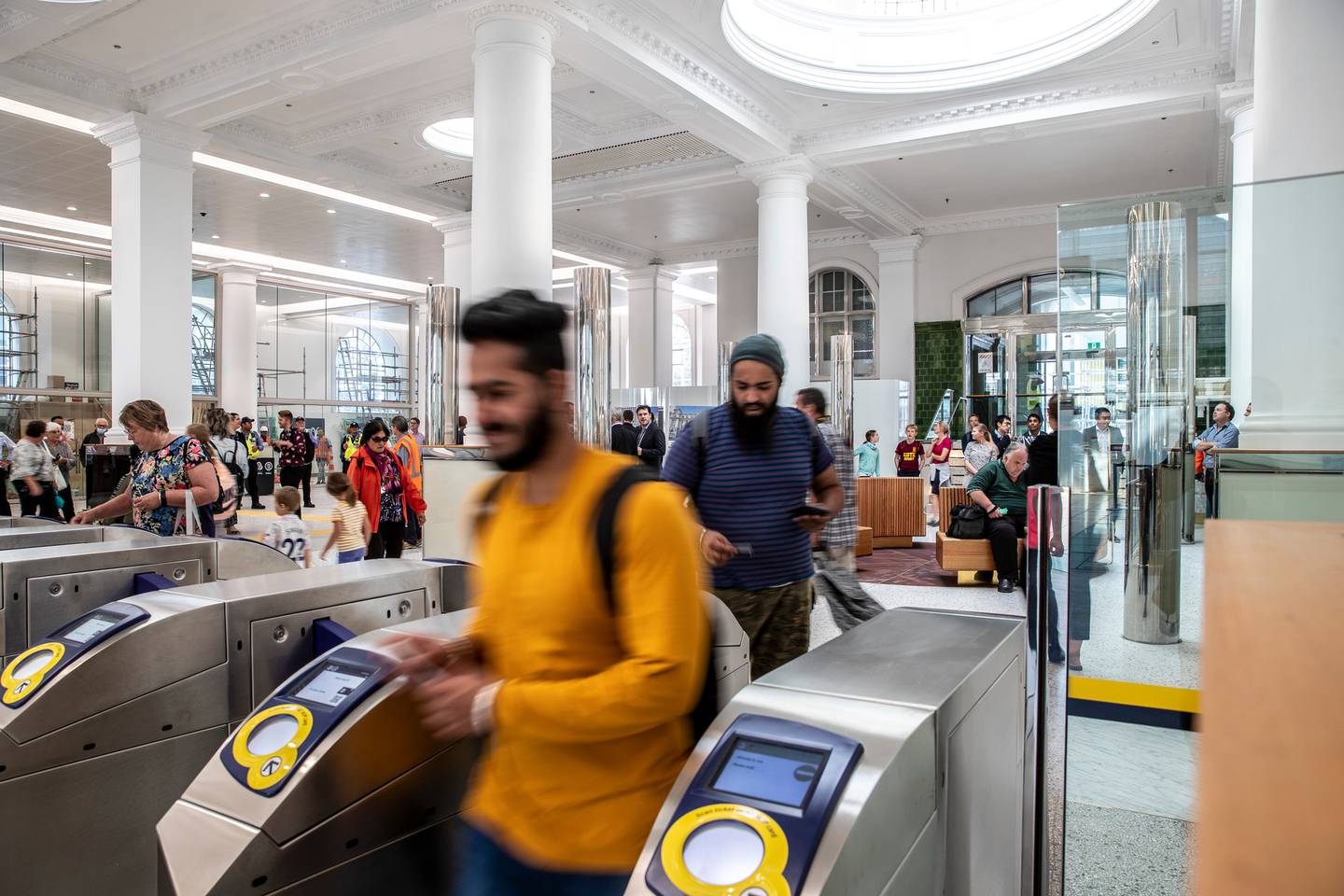 Commuters have been warned that "delicate decisions" will need to be made on what plans Auckland Transport goes ahead with and which ones have to be shelved. Photo / Michael Craig

AT and Auckland Council are facing significant pressures due to a number of factors, including:

Brown told a meeting of the regional transport committee AT does not have funding certainty beyond the end of this financial year on June 30.

It costs $500 million a year to run public transport and it needs more money to continue a decent level of services, he said.

AT is already looking to delay the introduction of new public transport services and improved timetables, and council papers show $10m of bus services that few people use could be cut back in Papakura, Pukekohe, East Tamaki, Warkworth, Hobsonville, Otahuhu, Papatoetoe and Ōtara.

Once you cut services you lose people for a long time and it is difficult to get them back, Brown said. 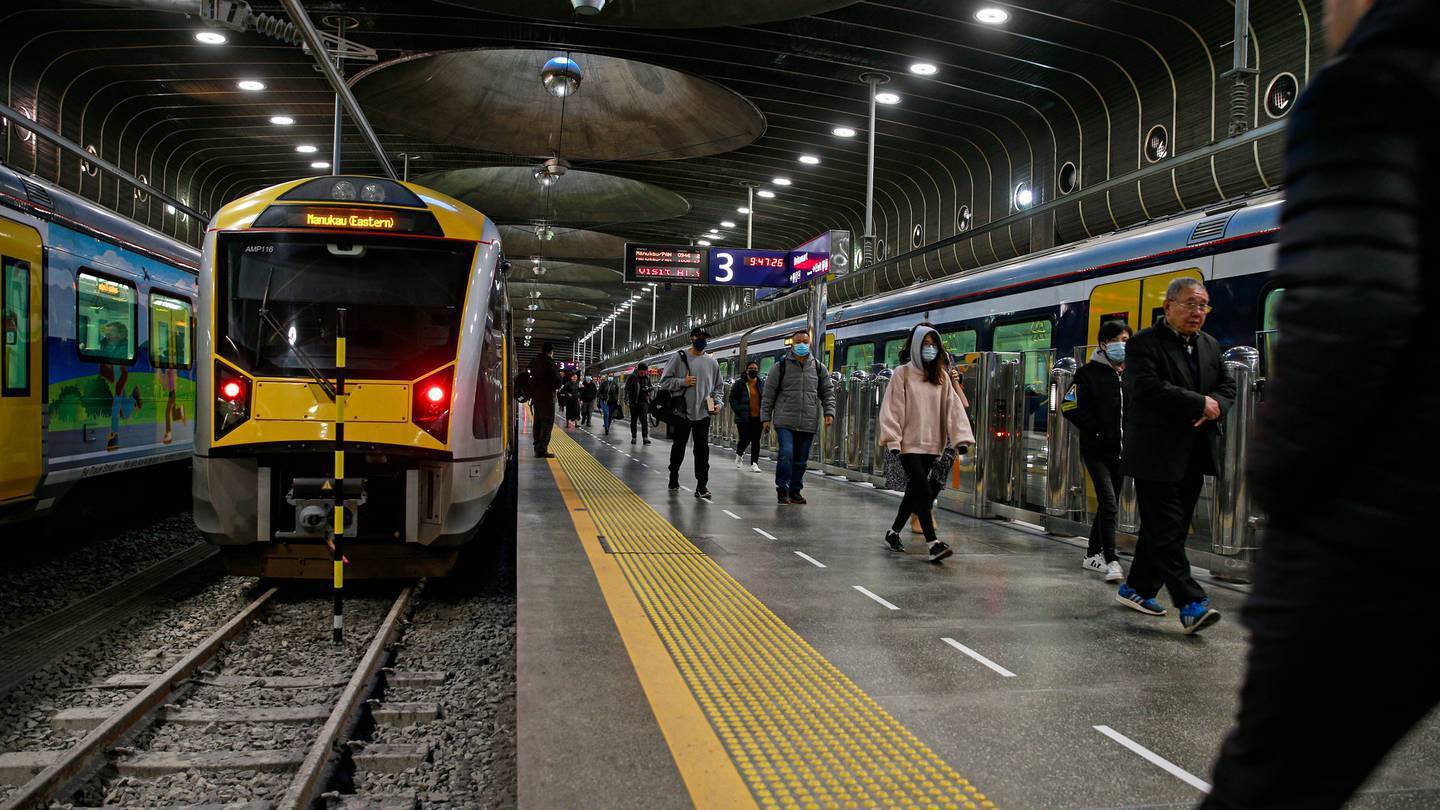 Cutting services risks losing customers for a long time and it is difficult to get them back, AT's investment planning manager Tim Brown says.

It's not just public transport causing headaches for AT. The NZ Transport Agency has knocked back $85m of funding for renewal and maintenance work.

AT finance general manager Mark Laing said: "We don't want to be the custodian of a decaying asset and I feel that is occurring in some ways."

AT's capital programme over the next three years is also under pressure from inflation and market forces, with costs rising by $200m and projects delayed by a year.

To make matters worse, NZTA has cut $135m from the three-year programme. This is because its pool of money to support regions across the country was oversubscribed, even after a $2b top-up from the Government to cover lower revenue from fuel taxes and road user charges.

The funding shortfall from NZTA and political promises by National and mayoral candidates to scrap the regional fuel tax are posing funding issues for the $1.4b Eastern Busway. 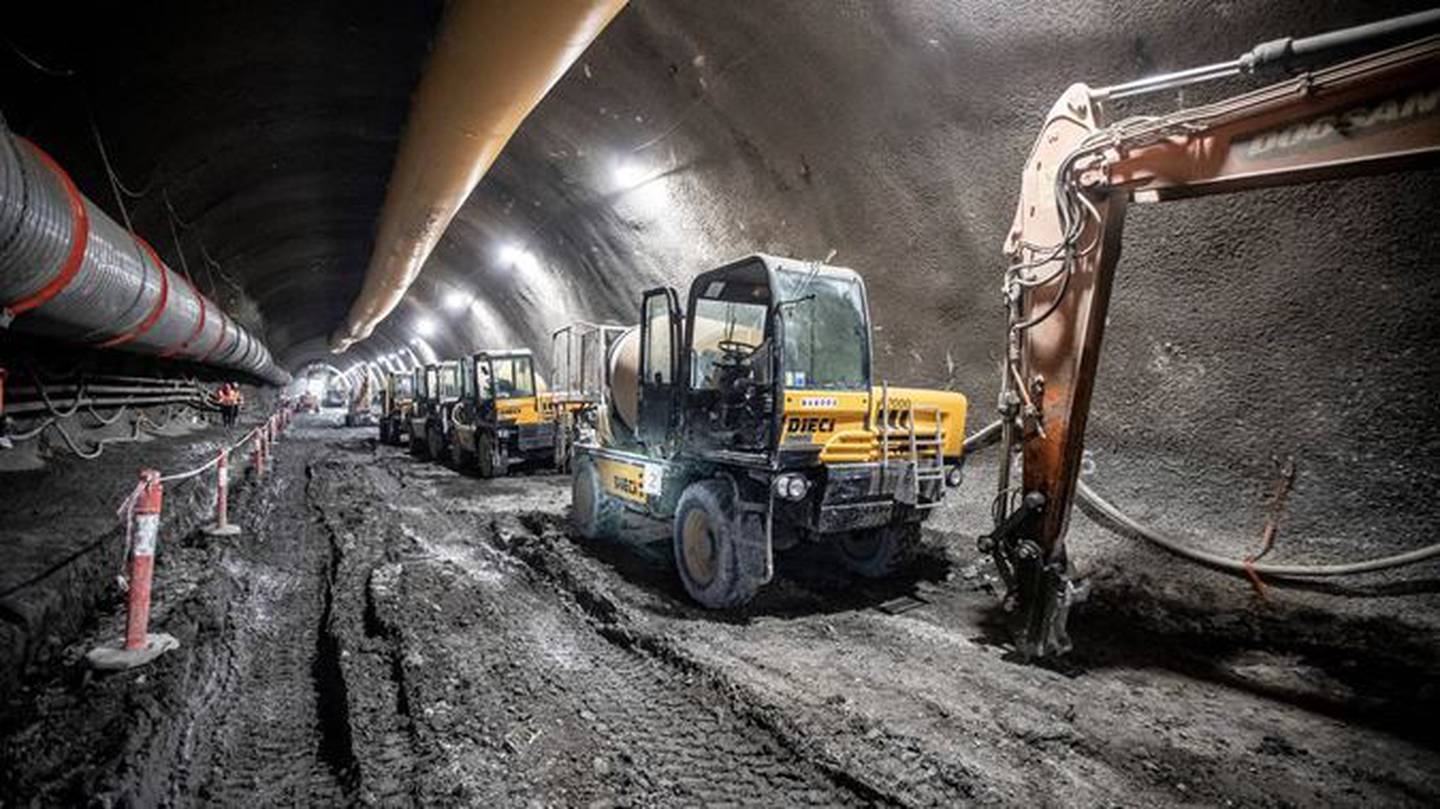 This is the second-biggest transport project in Auckland after the $4.4b City Rail Link, which the Auditor-General and CRL bosses have signalled will cost "significantly" more. The new cost is expected at the end of the year when the tunnelling and main construction work is mostly finished.

AT is also facing problems with new investment to address climate change. Officers said Goff's proposed climate tax in this year's budget may not get funding assistance from NZTA until after 2024 and if that doesn't happen "this initiative will need to be reduced".

Similarly, pressure from lobbyists to ramp up spending on cycleways and safety work is unfunded and beyond AT's legislative scope.

"We are going to have to make some delicate decisions about what we do and don't do," said Laing, adding that AT might have to start prioritising projects so people understand what misses out when funding is not available.

"So, where's the good news?" asked AT deputy board chairman Wayne Donnelly.

"We are going to go into the next financial year on a bit of a wobble. We are not going to know what is in front of us. We don't know what is going to be funded," he said.

Brown said the opportunity is to look hard at where AT is investing. There is potential for more money from the Government and council's emission reduction plans, due out in the next couple of months, he said. 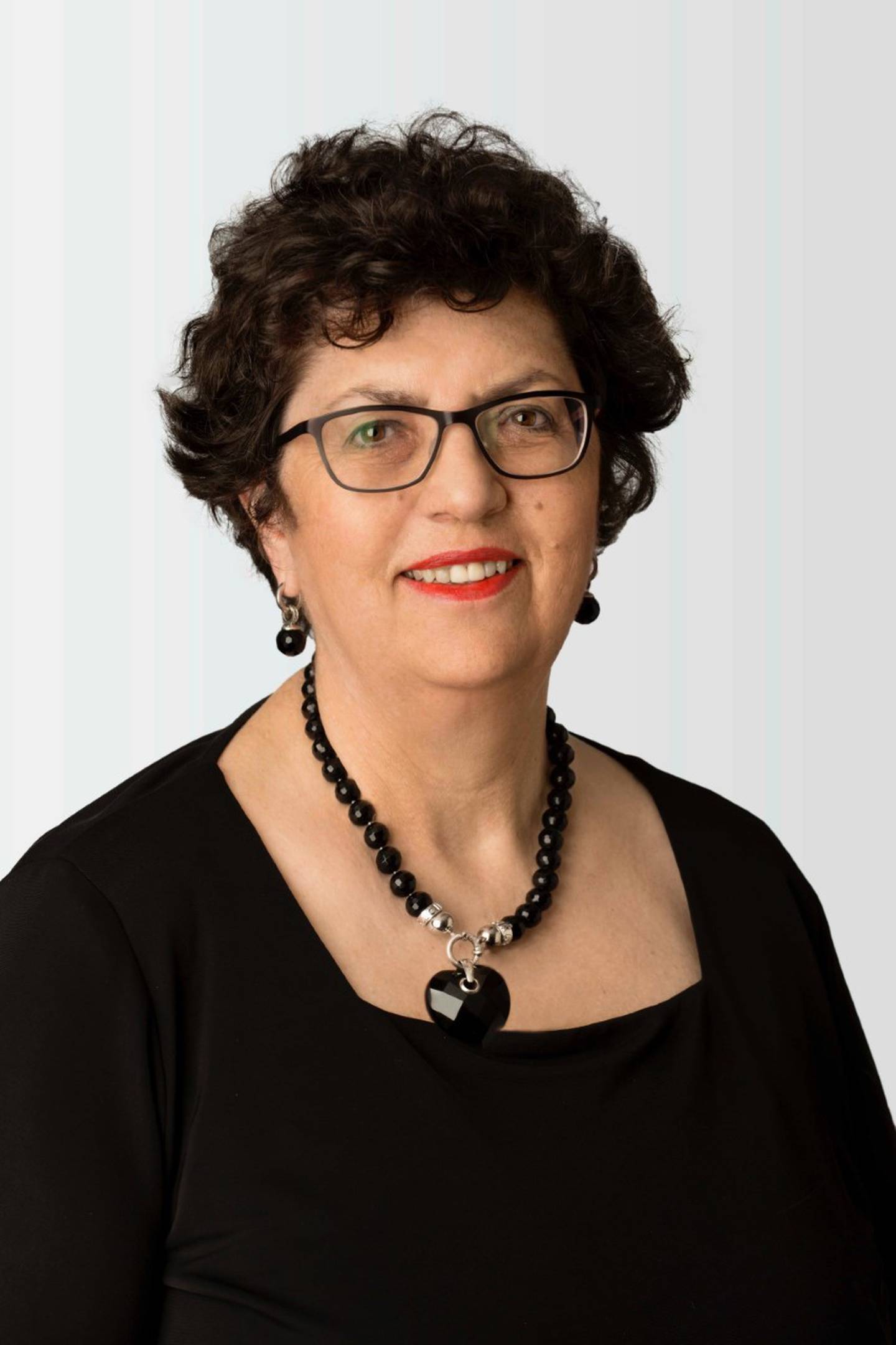 AT chairwoman Adrienne Young-Cooper said no funding is "baked in" at this stage.

"Significantly increased inflation is something we have not had to deal with and it has a very corrosive effect in terms of what we can deliver," she said.

Neither Goff nor Transport Minister Michael Wood would commit to any new funding for AT.

Goff shared AT's desire not to cut services that would reduce public confidence in public transport, saying maintaining services enables a mode shift away from cars, which is critical to reducing emissions and congestion.

However, he stopped short of guaranteeing service levels would be maintained in this, his last budget before stepping down at October's local body elections.

Wood said the Government and agencies are continuing to engage with Auckland Transport and Auckland Council on this issue, but gave no indication of extra money.

He said from the beginning of the pandemic through to July last year, the Government met 100 per cent of the shortfall in public transport revenue for Auckland Transport and other councils.

It was done on the basis that councils would need to consider Covid-19 part of their "new normal'' from July 1, 2021, he said.

"In addition, our recent half-price fares initiative is designed to help encourage people to substitute their car travel for public transport and help reduce costs for households," Wood said. 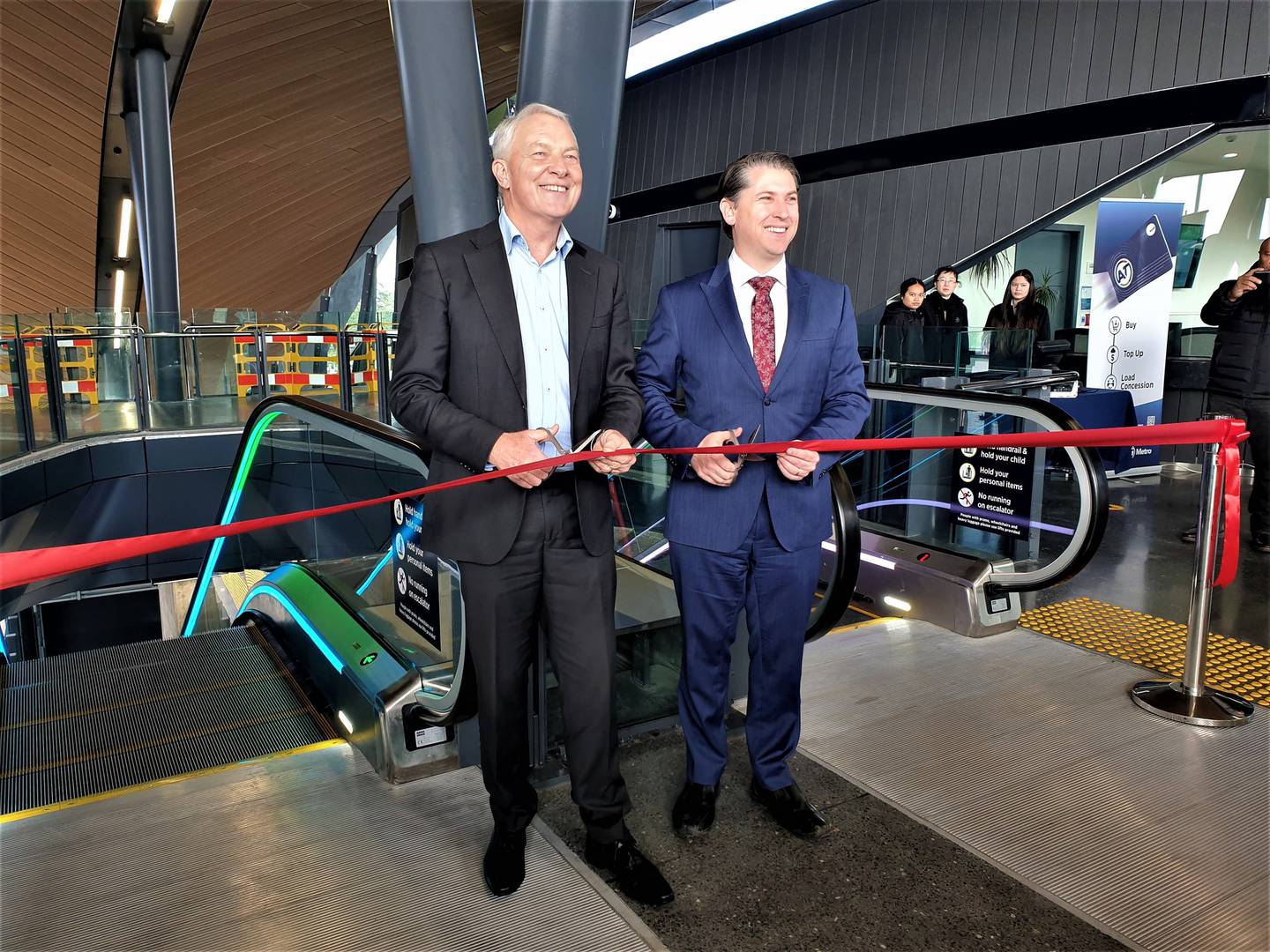 Goff, who has problems of his own with an $85m hole in his draft budget that needs managing, said he has strongly advocated to Wood for more money for AT.

He welcomed the Government's decision to fund half-price fares over the next three months and hoped this would help increase patronage, and that cheaper fares would continue under the Government's emissions reduction programme.

The Automobile Association said there is no scope for cuts in road maintenance and the efficient delivery of the Eastern Busway is a must.

The AA's principal adviser, Martin Glynn, said suggestions that funds earmarked for infrastructure improvements could be redirected to public transport subsidies are concerning.

"Yes, Auckland needs to keep the lights on with at least most of the public transport system but this cannot be at the expense of the big projects the city desperately needs to tackle congestion," said Glynn, adding that it was far from clear when public transport demand will return to pre-Covid levels around the world.