The neighbour of a home that was shot at in Auckland last night says the house is often full of children.

The woman, who asked not to be identified by name, shares a driveway on Rathgar Rd in Henderson with the victims and says her 6-year-old daughter often plays with the children, who often had their cousins over too.

She said she was watching a movie when four bangs rung out around 11.17pm.

"I thought it was a firework or something because [a shooting] never happened here," she recounted in her doorway while standing beside her daughter.

Her partner, however, quickly realised it might be more serious and urged her to take precautions, including keeping the lights off.

"He just told me to stay in the room – to try to be quiet – because we didn't know what happened," she said.

"My partner said that he saw someone walking on the driveway last night when he tried to look."

It wasn't until early this morning, when her partner discussed the incident with their neighbour, that they confirmed it had been a shooting.

She said she was thankful that her daughter slept through the incident.

"Otherwise, she might feel scared," she said, acknowledging that it was frightening enough for herself.

Another neighbour who lives near the top of the driveway, with a large gap between his home and the one that was targeted, said he was already in bed when the gunshots went off.

He said he wasn't familiar with who currently lives in the home, but that it is a rental and the occupants "change often".

The neighbour said he's lived on Rathgar Rd for 15 years, and last night's events were unusual.

"That's the first time anything like that's happened here," he said. 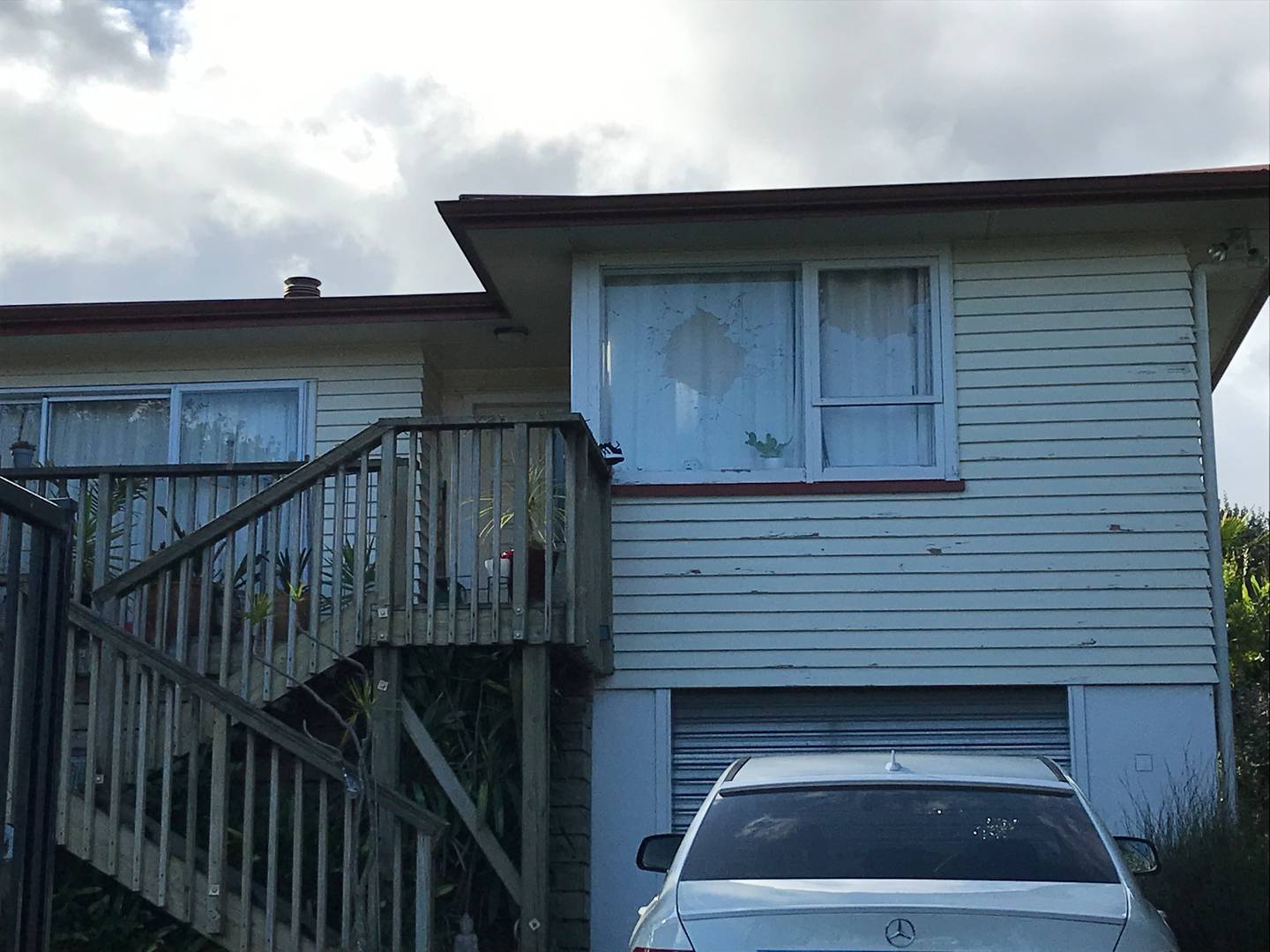 A shot out window at a house in Te Atatu South where one of the shootings occurred overnight. Photo / Tom Dillane

The Rathgar Rd home was just one of seven subjected to shootings overnight in Auckland.

Police are disgusted by the callous behaviour of gun-toting criminals, saying it's extremely fortunate no one has been hurt.

Speaking to media today, Superintendent Jill Rogers said no arrests had been made yet.

Rogers believed the shootings were all linked, and linked to shooting incidents earlier in the week. She also said police believed the prominent parties involved in last night's shootings are gangs the Tribesmen and the Killer Beez.

All but two of the targeted homes have links to gangs, said Rogers.

It is understood that a number of weapons used were high-powered rifles, which carry an "enormous" risk to communities.

"It's only a matter of time before we see someone seriously injured or killed," said Rogers.

"These are family homes with children."

Rogers said investigators were also working with police in Northland to determine if there are links between the areas and the incidents.