A house and sleepout on a Manurewa street were sprayed with bullets overnight in an apparent gang-related shooting.

The night also saw another, unrelated arson at a home in Papatoetoe, which police say is linked to an ongoing spate of incidents involving the Killer Beez gang.

Police cars lined Gibbs Rd in Manurewa today and a property next to the Manurewa AFC was cordoned off. At least 20 bullet holes could be seen in the walls and windows of a house and in a container sleepout on the property.

Neighbours said the property was a gang house. Gang members, some wearing King Cobra patches, were gathered on the street outside the police cordon before moving to the football club field nearby. 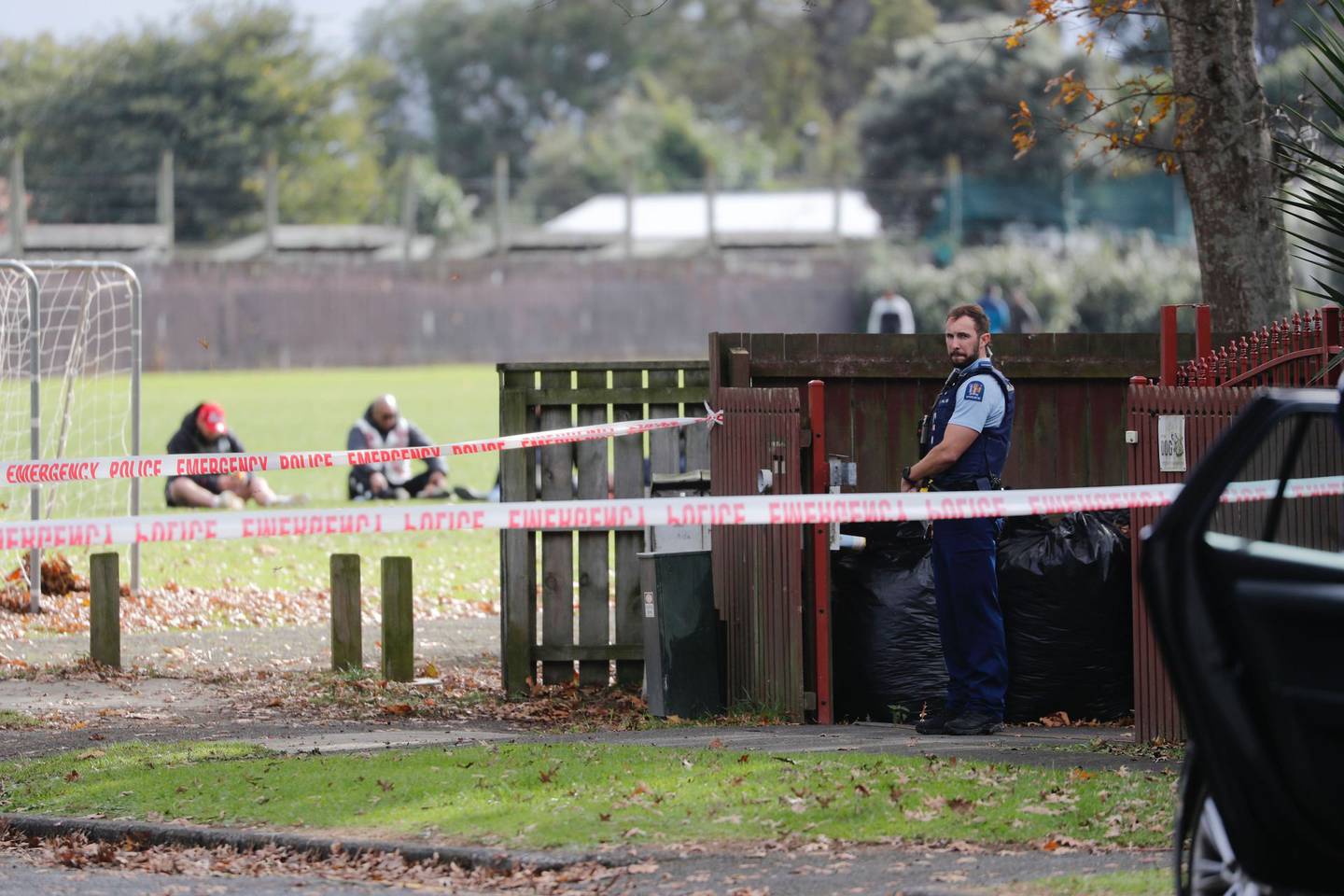 Police cordon off the end of Gibbs Rd in Manurewa. Photo / Dean Purcell 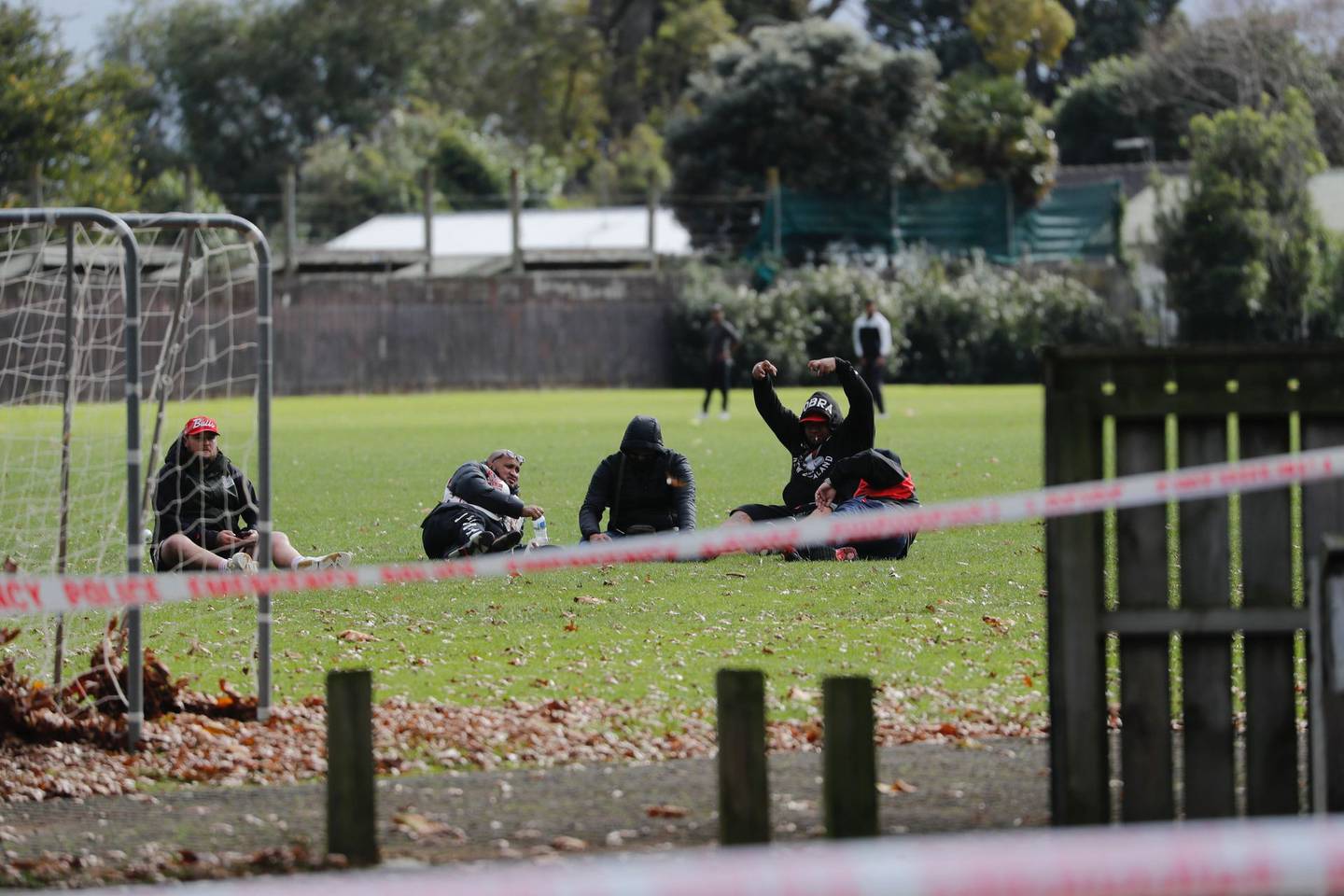 Officers declined to comment but said a statement would be released later in the day. Bullet holes at the scene of the shooting on Gibbs Road, Manurewa. Photo / Dean Purcell 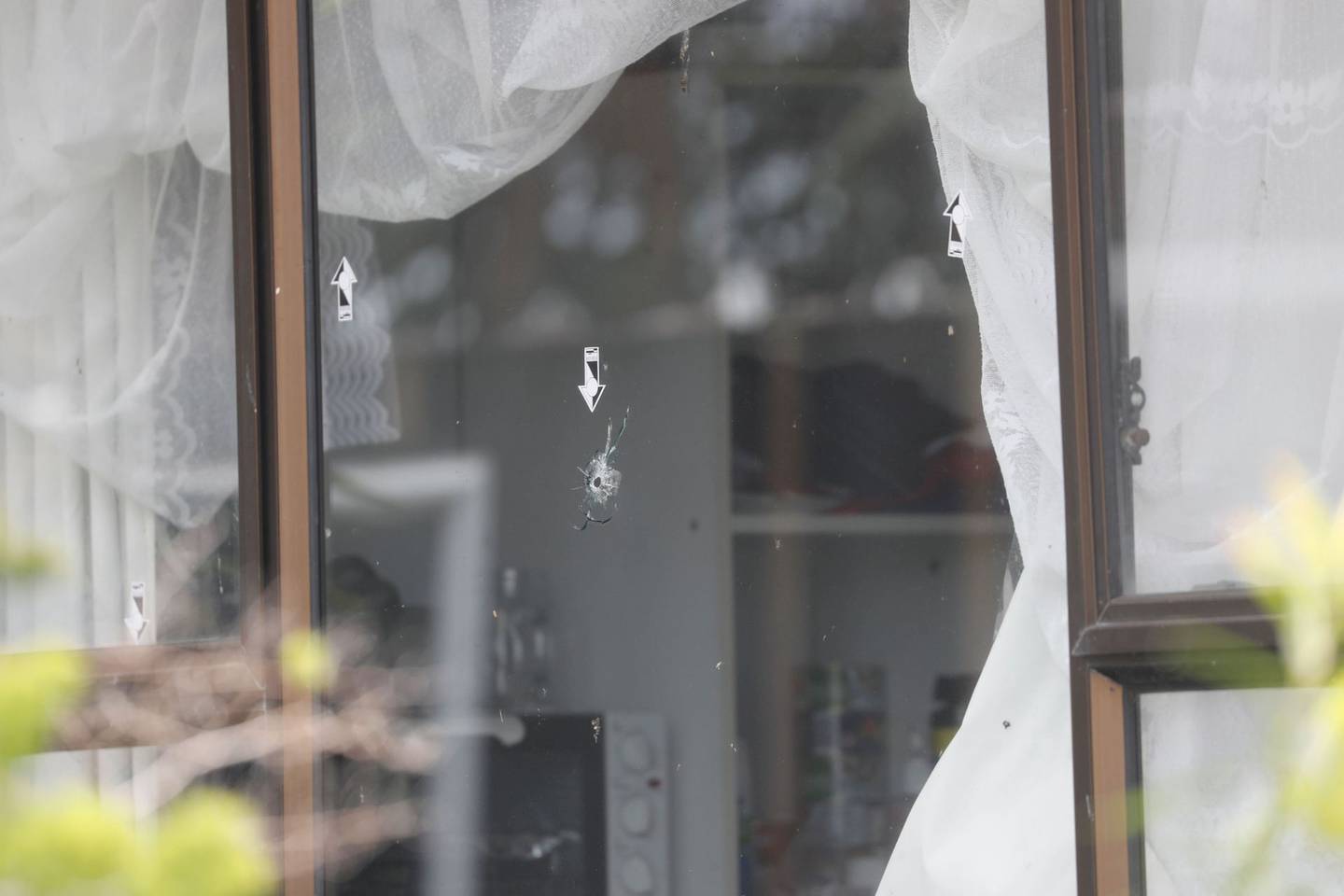 Bullet holes at the scene of the shooting on Gibbs Road, Manurewa. Photo / Dean Purcell

Residents of the street said they hadn't heard anything last night but one man had been told by police this morning that there had been a shooting at the property. He did not believe anyone had been hurt.

The incident had left him feeling unsafe, and he wondered if he should be moving his young family away from the area.

But he said he had lived on the street for five years and never had any problems with the people living in the house.

"Sometimes they're standing out at the gate and wave their hand at us ... I don't know what's happening on that side of their life, but other than that, they're friendly.

"All the other people [on this street], you can ask them and I think they'll say they're friendly." Bullet holes were visible in both the house and sleepout on the property. Photo / Dean Purcell

A police spokeswoman confirmed there had been a report of gunshots on Gibbs Rd at around 12.50am.

"On arrival, police discovered an address had been shot at. Thankfully no one was injured during this incident."

Police were examining the scene and continuing their inquiries.

"At this time, we do not believe this to be linked to recent firearms incidents across Tāmaki Makaurau this week."

Those incidents include a wave of drive-by shootings related to a feud between the Tribesmen gang and its former youth feeder gang, the Killer Beez.

An attempted arson in Papatoetoe was the only incident from overnight linked to the Killer Beez, the spokeswoman said.

Police were alerted to a report of a fire at an address on Barrie Ave around 1.10am, she said.

The fire had resulted in minor damage, and inquiries are continuing.