Ferry commuters in Auckland are fuming because of delays caused by cruise ships berthing in the city.

One commuter told the Herald seven ferries were slowly circling the inner harbour this morning while the Queen Elizabeth cruise ship berthed at Princes Wharf.

One Waiheke woman, Chloe Barker, said this morning was the third time this week her ferry has been cancelled due to cruise ship arrivals.

In an email to the Harbourmaster she said the current situation is untenable.

"You are affecting the lives of thousands of commuters. We are late for our jobs, hospital appointments, childcare arrangements and other responsibilities because cruise ships are being prioritised over passenger ferries.

"There is no reason why the cruise ships can't be docking prior to 6am and not causing this disturbance to people's lives," said Barker, who called on the Harbourmaster to review the situation urgently. 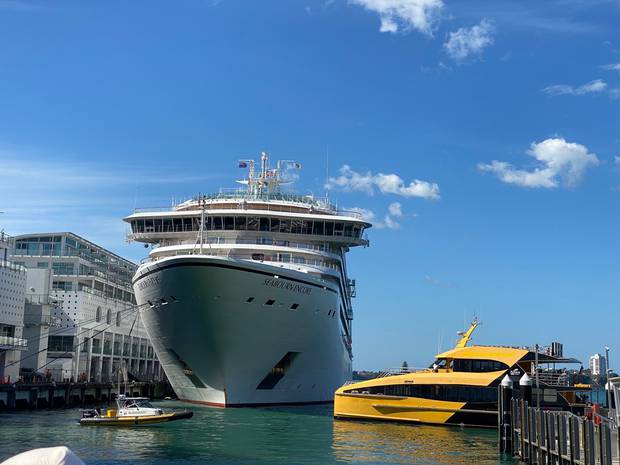 A Harbourmaster vessel (left) tries to wrangle a Fullers ferry into the gap between the Seabourn Encore and Pier 4 around 5pm yesterday. Photo / Chris Keall

Waiheke residents have taken to a local Facebook page to vent their anger.

One resident, Kev Applestone, said he had only just managed to make a flight to Gisborne for a clinic at Gisborne Hospital after a "after crazy Uber driver did his magic".

He used the down time to contact the Harbourmaster to say the delays were causing huge disruption, including to people like himself involved in essential services at hospital clinics in the regions.

"Arrival of cruise ships during busy commute seems to be a new thing. It also seems like very poor planning. Why can cruise ships not arrive before 6 or after 9," Applestone said.

Tania Anderson said her husband was waiting in the harbour with five ferries held up and saying "the ferries are dancing on the water".

Herald reporter Chris Keall was held up this morning, saying there was a line of ferries circling around because of another cruise ship jam.

"Cruise ship arrivals and departures on Princes Wharf can affect the ability of ferries to operate in the ferry basin. Cruise ships anchored in the harbour or using Queens Wharf have minimal effect on ferry schedules."

He said Harbourmaster Andrew Hayton was out on the water this morning monitoring the effects of the cruise ships and tugs thruster on the manoeuvrability on his vessel and found the effect on his vessel to be negligible.

"There are no restrictions on ferries entering or leaving the ferry basin at any time. Ultimately the decision to enter or leave the ferry basin is the call of the master of a vessel," the AT spokesman said.

A Fullers sailing from Hobsonville Point, which had been scheduled to dock at 7am, was around 15 minutes late.

Fullers put out a notification yesterday on their MyFerry app alerting people to delays from two ferries berthing in the city this morning. 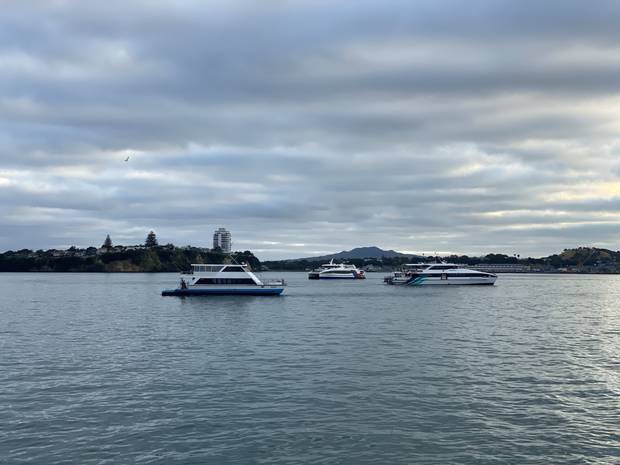 Cruise ships have caused delays while berthing or departing and while docked by leaving a limited space for commuter ferries to squeeze into Pier 4.

The Seabourn Encore (pictured above) caused delays during the after-work ferry rush-hour yesterday at the busy commuter pier.