Mandatory water restrictions will begin for Auckland this month as the city grapples with the worst drought in its history.

After a two-hour meeting of the Auckland Council's Emergency Committee this morning councillors voted unanimously to bring in Stage 1 restrictions from May 16, banning outdoor use for households and parts of the commercial sector.

"We are not yet in a crisis, but we are in a critical situation," said Mayor Phil Goff.

It is the first time the city has restricted water use since the drought of 1993/1994.

Auckland was experiencing its worst drought on record. January to April were the driest in the city's history, said Goff.

"We have had a long, hot summer with less than half of our normal rainfall, which means our storage dams have fallen to around 46.5 per cent, well below the 76 per cent average for this time of year." 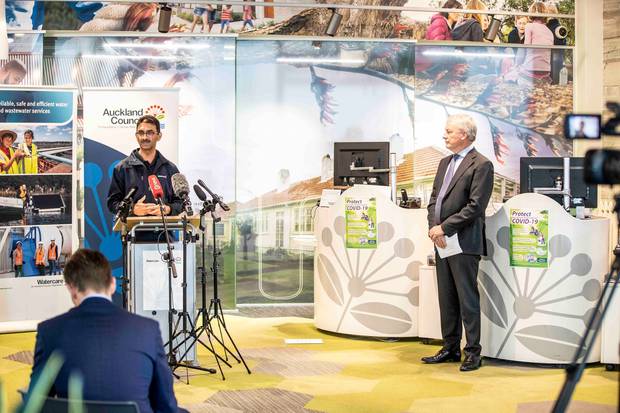 For households, watering gardens, washing cars and waterblasting properties will be prohibited unless for health and safety, emergency or biosecurity reasons.

Stage 1 will also prohibit the watering of sports fields, plants or paddocks unless an irrigation system is fitted with soil moisture or rain sensors, and require car washes to operate only if they use recyclable water.

"I want Aucklanders to remember that if we don't get it right and save water now, we will have to implement harder restrictions on the future and no one wants that," Goff said.

"I hope Aucklanders will understand the need to adhere to these measures, but if we have to, we have a range of enforcement options available for those who choose to ignore the restrictions."

The council gave Watercare the power to impose fines of up to $20,000 for people who break the rules, the maximum penalty under the Water Supply and Wastewater Network Bylaw 2015, although they would largely be taking an "education approach".

None of the potential three stages restrict water for drinking or sanitary use in households, or operations that use water for health, safety, emergency and biosecurity measures.

Non-residential and commercial restrictions at Stage 2 would be similar, but would also ban all watering of sports fields.

"The mandatory restrictions will highlight water conservation overall. By everyone saving a little, we can save many millions of litres of water and avoid the need to move to more draconian restrictions under stage 3, should winter and spring not bring enough rainfall," Goff said.

Waitākere councillor Linda Cooper, the liaison councillor for Watercare, said enforcing the restrictions would take a graduated approach, with education as the first priority - escalating to prosecution "only if there are significant or repeated breaches".

"Aucklanders understand the need to conserve water during this time, and we are hoping that people will voluntarily restrict activities such as watering their gardens and using waterblasters without the need for enforcement," she said. 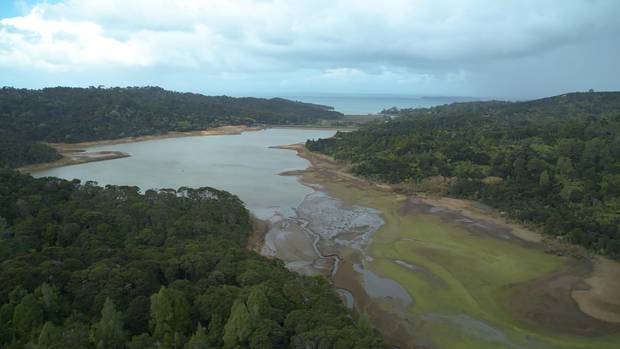 The measures follow voluntary restrictions on outdoor water use in response to a severe drought that has reduced the city's storage dams 46.5 per cent full - far lower than 66 per cent at this time last year.

Watercare has also asked Aucklanders to shorten showers to four minutes, but this will not be mandatory.

Water restrictions have been flagged for the past couple of weeks as a few rain showers have hardly made an impact on dam levels.

Niwa meteorologist Ben Noll said Auckland has been particularly hard hit with more than 77 consecutive days in drought or severe drought, according to the New Zealand Drought Index.

Noll said the weather forecast from May to July is for near or below-normal levels of rainfall in Auckland.

The mandatory restrictions follow a scramble by Watercare to boost the city's dwindling water supply. 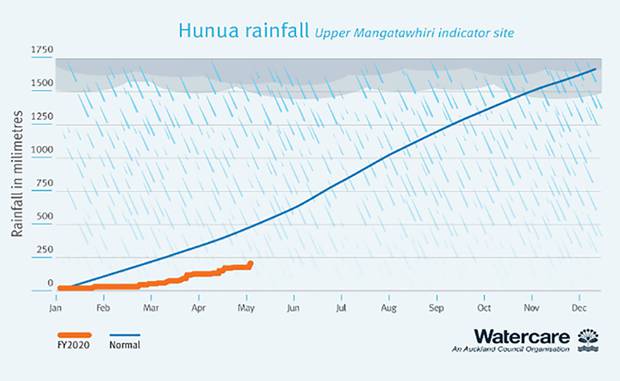 Watercare is taking close to its daily limit of 150 million litres from the Waikato River and is upgrading its water treatment plant alongside the river to take a further permitted 25 million litres a day when the river is above median water level. The upgrade is due to be completed in August.

A bore at Pukekohe, which had water quality issues and was replaced with piped water, is being brought back into service with additional processing units to ensure it meets water drinking standards for the rural town of 25,000 people.

The other short-term project is reinstating the Hays Creek Dam in the Hunua Ranges, which was decommissioned in 2005.

Long-term, Watercare is looking at doubling the amount of water from the Waikato River, reusing wastewater and desalination. Goff said Watercare has also applied for resource consent to take 100m litres of water a day from the Waikato River between May and September if the river is above median flow, which he hoped would be granted in the next few months. 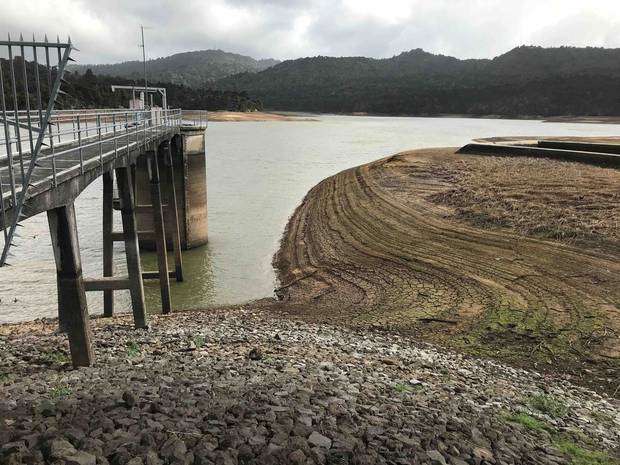 The Lower Nihotupu Dam in the Waitakere Ranges at less than 50 per cent of storage capacity at May 3. Photo / Watercare

However, to take a further 200m litres of water a day from the river required a resource consent, which was lodged in December 2013, he said.

The application is before the Waikato Regional Council and sits in a queue with 94 consents in front of it, which have to be considered first.

Goff said he has asked Environment Minister David Parker to change the Resource Management Act so consents can be heard in terms of priority.

"That is important given the drought conditions," he said.