A father who lost his wife during childbirth and their newborn daughter four days later is pleading for an investigation into their sudden deaths.

The couple's baby daughter, Eliana, was rushed to Auckland Hospital but her grieving father made the agonising decision to switch off life support four days later. The pair will be buried together today.

"I want some answers," Meepegama said.

"I don't know what to do or how to move on. My whole life has been wiped out just like that."

Last Friday, as the couple were preparing for the expected arrival of their baby the following day at Auckland Hospital, they chatted about what she would look like and what she would grow up to be. They were delighted and looking forward to having their "own little family". "We were so excited, we saved all our money buying a cot, a pram, baby clothes – all good quality stuff. We were so happy. That was the last conversation we had."

After listening to "Mother Mary's Prayer", the couple went to bed at 10.30pm.

An hour later Meepegama heard his wife, 34, struggling to breathe.

"I heard some noises - she was in pain and had difficulty breathing, so I phoned 111. The St John ambulance arrived after midnight and put Nishi on the floor and tried to help with her breathing."

Meepegama, an IT technician, also called and texted Silva's midwife to say she was having difficulties breathing but the midwife didn't respond.

Silva's health deteriorated rapidly so paramedics rushed her to Auckland Hospital by ambulance. But they didn't get far. It's understood the first responders performed an emergency C-section and Eliana was born in the ambulance. 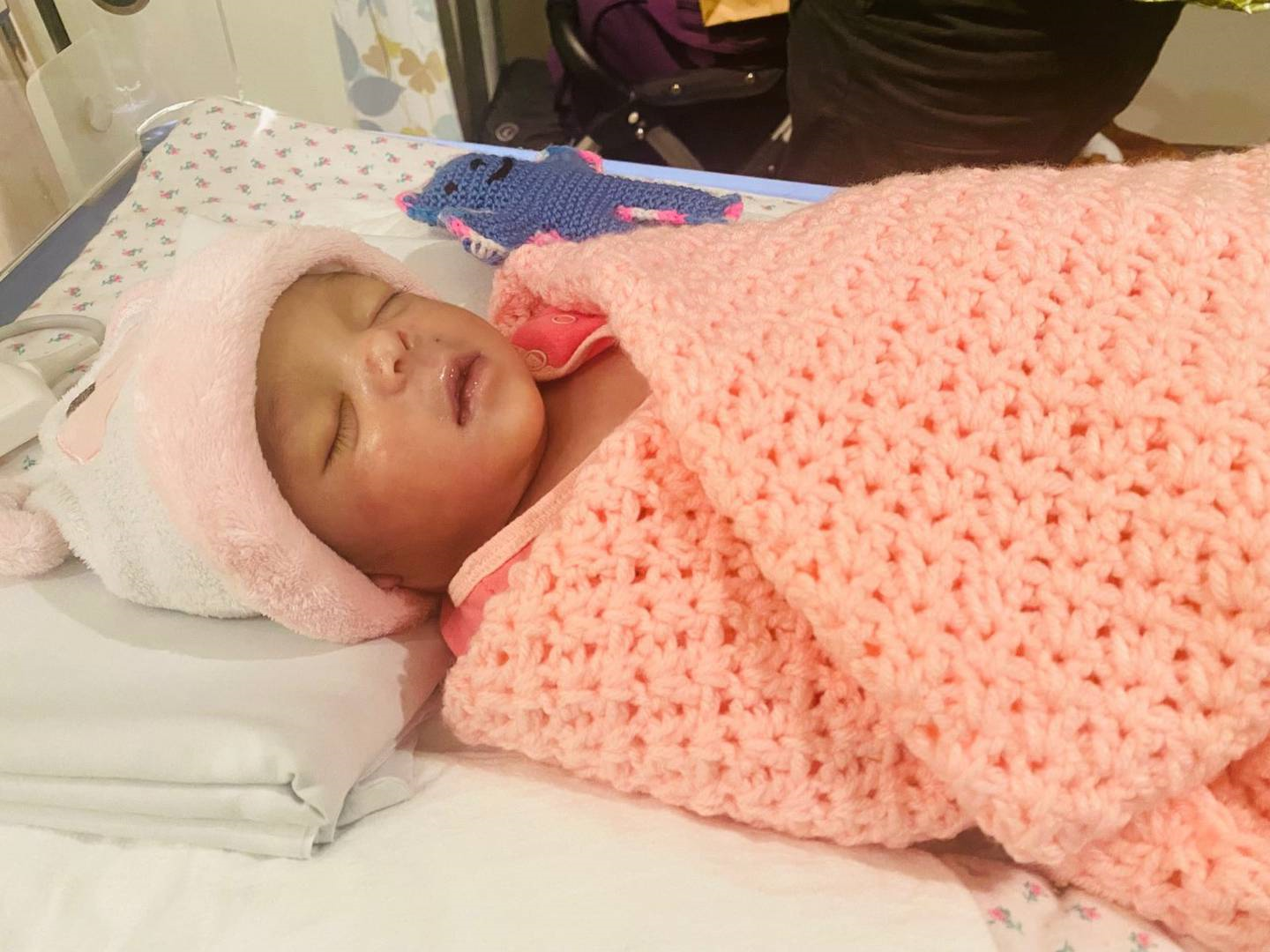 Baby Eliana died four days after being born when her father made the agonising decision to turn off life support. (Photo / Supplied)

"Doctors told me Nishi died from a blood clot. I don't understand it, Nishi was fit and healthy and had no problems during her pregnancy. In the ambulance they were saying her heart was working and then it stopped, that's why they had to deliver the baby then and there.

"I feel sad I wasn't with Nishi when she died, I was so upset I couldn't think."

"Due to patient privacy, we cannot comment on the detail of the care provided to the patients."

The coroner's office has confirmed Silva died not far from her home in Mt Wellington at 4.58am on Saturday.

Meepegama is questioning why Silva's midwife recommended that she have a natural birth.

"At 38 weeks Nishi requested a C-section from the midwife. I offered to pay for it but the midwife said 'No'. She said, 'Everything was normal' and they only do C-sections if there are complications with the pregnancy."

Meepegama said the midwife was in a state of shock.

"She has not apologised – she has said nothing. I told her that in my opinion, if my wife had a C-section earlier, she would be alive."

The midwife, who the Weekend Herald has chosen not to name, offered her condolences but declined to comment further. It is understood she was not an employee at Auckland Hospital. Dr Mike Shepherd, Auckland Hospital's director of provider services, said in a statement that he could not comment on the details of individual patient care for ethical and privacy reasons.

"We have great sympathy for the family of Nilakshani and baby Eliana and we offer them our condolences.

"There is always a small risk of complications with pregnancy. When complications do occur, we understand how very hard it can be for families.

"While we are undertaking an investigation and don't want to pre-empt the findings, at this stage it appears that all appropriate clinical guidelines were followed in the care of Nilakshani and baby Eliana."

Shepherd said patient safety and quality of care was a top priority.

"We encourage whānau to talk to us directly if they have questions about the care of a loved one, or to contact the Health & Disability Commissioner for an independent review." Nilakshani Silva had been due to give birth the next day in Auckland Hospital. (Photo / Supplied)

Meepegama finally got to meet baby Eliana after a priest had given his blessings to Silva.

"When I saw Eliana, my heart melted, she was beautiful like her mother. I feel robbed she is not here to hold Eliana.

"The doctor said her brain was damaged and was deprived of oxygen when her mother's heart stopped. The doctor told me there was no point keeping her alive by a machine because her heart and brain weren't functioning.

"She had all these tubes everywhere and couldn't breathe on her own so I thought it best she be with her mum."

Meepegama met Silva in Sri Lanka in 2009 and said it was an instant attraction.

"She had beautiful long hair, she was sweet, open and trustworthy."

The couple married a year later and came to New Zealand four years ago. Silva had studied in New Zealand and worked as an administrator at a sheet metal company. They were making plans to apply for permanent residency and saving for a new home.

Meepegama said he was now "all alone" and could not bear to go home.

Today, a mass is being held at St Therese Catholic Church in Mt Albert. Both mother and baby will be buried together.

"I am so angry and I am really worried about the New Zealand health system," Meepegama said.

"I can never go back home, it's too painful. I am so upset my life has been wiped out. They were my life and now I have no one."