Auckland office workers yesterday spent up to 40 minutes stuck in traffic getting out of a busy side street due to roadworks in the CBD.

"It was a nightmare," said Newstalk ZB newsreader Niva Retimanu.

She spent 38 minutes in the morning getting from her job at NZME to Victoria St, a distance of a few hundred metres along Graham St.

It was the first day of a new traffic management set-up on the loop road running along Hardinge and Graham St - home to several large businesses, a NZ Post courier pick-up base and Auckland Council's resource and building consent service centre.

What is normally a 15-minute drive to Grafton for Sergel took one hour and included three sets of roadworks for the Victoria St cycleway, the City Rail Link and the Karangahape Rd upgrade. He also hit tree works on the way home.

Another Newstalk ZB journalist, Jenny Wood, spent 40 minutes getting on to Victoria St, but was philosophical about the delay.

"They have got to get this stuff done," she said. 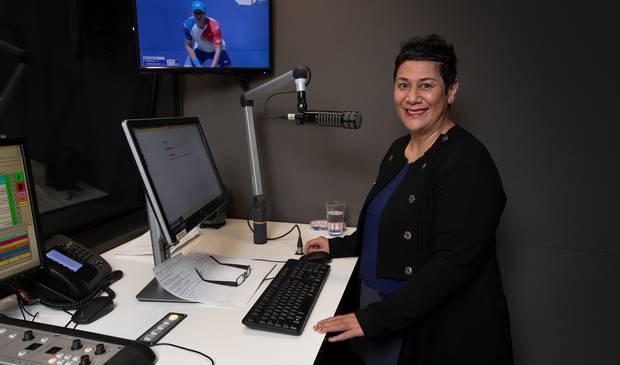 Auckland Transport spokesman Mark Hannan said the problem was caused by the lights at the intersection of Victoria and Nelson Sts, a short distance from Graham St.

"We changed the traffic phasing at Nelson St to give more priority to people travelling on Victoria St.

"We are continuing to monitor it today, but reasonably confident we are on top of this," Hannan said.

Work on the construction of the $5.3 million Victoria St cycleway, between Beaumont and Nelson Sts, and the eventual resurfacing of Victoria St West, began just before Christmas and due for completion in mid-2020.

According to the AT website, there are 38 sets of road closures relating to roadworks across the city centre over summer. Another three closures are scheduled for later in the year.

The roadworks are causing headaches for motorists following the summer break who have found the city littered with road cones.

Hannan said the contractors building the Victoria St cycleway are working six days a week and some Sundays. There will be a crew working on Waitangi Day tomorrow, one during the day and another at night, he said.

A loose timeline set out by AT for the roadworks along the arterial west-east route into the city has broken down the construction into three stages. 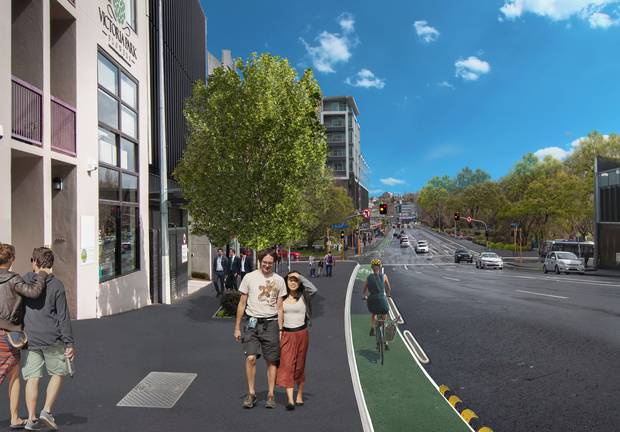 Eight trees will also be removed or relocated, and replaced with new trees.

Stage two will begin from late February 2020 and involve resurfacing the road and require night works.

Stage three is ambiguously designated as starting "approximately 6 weeks after stage 2 is complete", and involved applying the coloured surface to the cycleway and installing its concrete separators.

However, it is not entirely clear how long stage 2 will take, so that stage 3 can commence.

Automobile Association infrastructure adviser Barney Irvine said the Victoria St cycleway was another contributor to "a period of massive, relentless disruption to traffic in the CBD".

"The Victoria St work will be yet another source of pain for anyone who has to drive regularly through the CBD.

"At the moment it feels a bit like there's no escape: no matter which way you turn, there's another set of road works holding you up.

"A lot of the changes will be great for the city, so it's often a case [of] eggs needing to get cracked to make the omelette - but that doesn't mean AT has free rein.

"AT needs to do a much better job of being clear with the public about exactly what's coming."

Significant changes to the streetscape include the permanent closure of access to Wellesley St West from Victoria St West.

This means there will no longer be any right or left hand turns on Victoria St going in and out of the city from the Halsey St intersection.

Existing slip lanes on the Halsey/Victoria/Wellesley intersection will also be removed.

Speed tables, which are described as long speed humps, will be added to the entrances of Dock St and Graham St.

Fourteen on-street carparks alongside Victoria Park will also be removed. 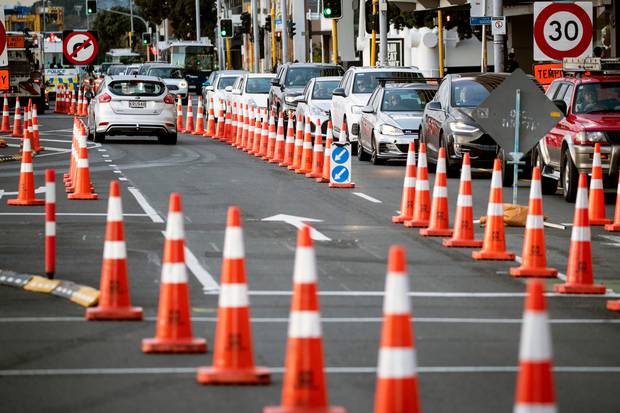 Auckland is earning the nickname 'City of Cones'. Photo / Herald

Auckland councillor for the ​Waitematā and Gulf Ward Pippa Coom said the Victoria St cycleway was essential for connecting together the CBD's existing bike network.

"We need to connect Franklin Rd with the city centre. It's been long planned and the construction is unfortunate, with there being so many projects converging at the same time."

"If it's planned for completion in the middle of 2020 that'll be one of the fastest projects AT's ever delivered," Cuthbert said. 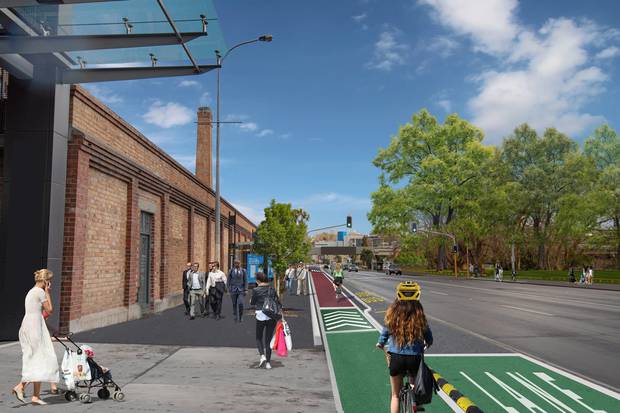 Downer Construction which is undertaking the project has informed residents and business owners along Victoria St West that most of the work would be done between 7am and 10pm - "however some night work will be required".

Auckland Transport received 324 submissions on the cycleway design via public consultation in 2017 and found 61 per cent "overall support for the project" and 46 per cent "general opposition".

However, the majority of those submissions were from cyclists - with only 9 per cent of submitters indicating "I would never cycle".