Construction workers in Auckland have found fragments of a tree estimated to be about 28,000 years old.

The remarkable discovery was made under an ancient lava field, about 15m below ground, while a City Rail Link boring machine was excavating a new stormwater drain in Mt Eden.

Scientists and researchers carried out radiocarbon analysis on the tree fragments and found they were a staggering 28,000 years old.

Volcanologist Elaine Smid said: "This tree is an exciting find for volcanologists because it confirms that Maungawhau / Mt Eden erupted about 28,000 years ago.

"We have used other techniques to date this eruption, with similar findings.

"This new radiocarbon result removes any lingering doubts about the age of Maungawhau / Mt Eden."

Smid said the wood had been well preserved and experts believe the tree may have been knocked down during the eruption of Mt Eden all those years ago. 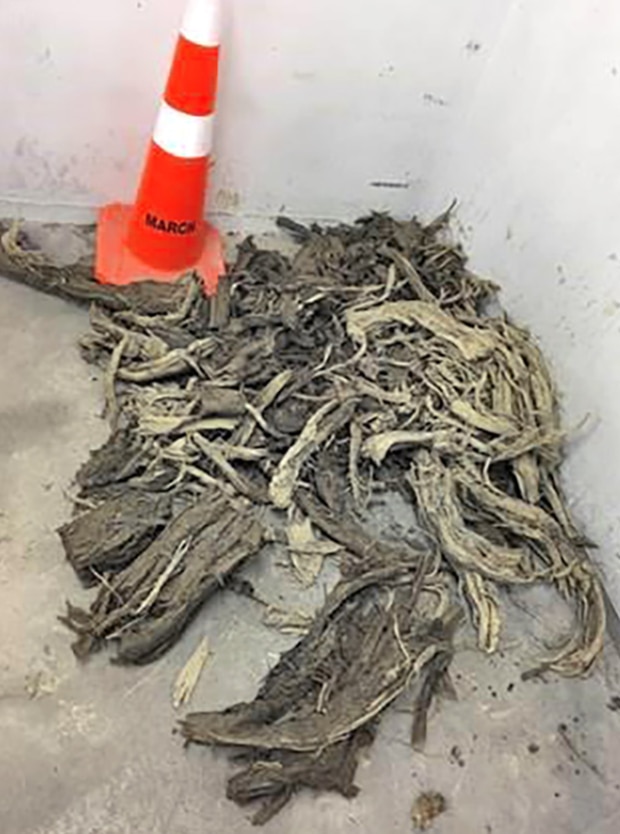 Fragments of a tree found in Auckland last month and estimated to be about 28,000 years old. Photo / Supplied

The other thought was that it may have fallen shortly before the eruption and into a pond or swamp that then protected it from being burnt by the spreading lava.

"Either way, the radiocarbon date for the wood gives us a really good idea of when Maungawhau / Mt Eden erupted."

Local iwi leaders say the find is an enlightening one that now coincidentally connected two events - the Mt Eden eruption tens of thousands of years ago and the City Rail Link project today.

Gabriel Kirkwood, of Ngāi Tai ki Tāmaki Taiaomaurikura, said: "Both events in their own way are creating dramatic changes to the landscape of Tāmaki Makaurau and the way we interact with it for generations to come."

It also provided a valuable insight and piece of Auckland's history, Kirkwood said.

The tree fragments are due to be displayed publicly in the area at a later time.

Discussions involving local iwi will determine exactly where that will be.