An Auckland neighbourhood was carefully designed from scratch to make it as safe, friendly and functional as possible. So how did it become a car-cluttered suburb with one of the highest burglary rates in the country?

Nu'umoe Collins had never heard of Addison when she moved there in 2015.

The mini-suburb sandwiched between Takanini and Ardmore airport in South Auckland appeared to be an attractive spot.

It was close to her recruitment job in Manurewa and her daughter's netball training. Its relatively new, modern homes and pretty, tree-lined streets contrasted with the surrounding suburbs.

But Collins remembers Addison for another reason. In three years, burglars broke into her rental property twice and her car once.

"I still find it hard to talk about the actual break-ins," she said. "The impact is still prevalent."

She wondered whether she was just unlucky. But her brother-in-law, who lived a block away, also had his house broken into. Then a police officer investigating one of her break-ins gave her some alarming news.

"He said that the area probably had the highest number of break-ins nationwide," she said. "I thought they were joking." 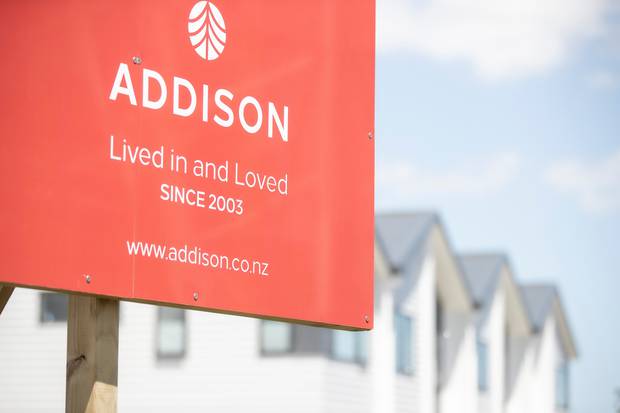 Addison, which is nearing completion, was Auckland's first experiment in medium-density housing, and was once described by a Government department as a model for the rest of the country to follow.

Construction on its 1200 homes began in 2003 and included a number of experimental design features for the time including narrow roads, rear lanes, and "pocket parks" - many of them ideas borrowed from chic neighbourhoods in Melbourne.

But those design features, combined with several other factors, had some unfortunate consequences. According to a new report published by Auckland Council's research unit, the features created a neighbourhood in which it was "relatively easy to commit crimes".

Council planners and developers are now being urged not to make the same mistakes in new developments - and to check whether similar neighbourhoods have the same problems.

In Addison, burglaries and car break-ins became so common by 2018 that police contacted Auckland Council, frustrated by the amount of resourcing the area was swallowing up.

Part of the problem was its location, an intelligence report compiled by police said. It was a relatively affluent suburb surrounded by poorer ones, and was seen as an "attractive target" for criminal activity.

But the situation was worsened by some of the development's urban design features.

Rear lanes made it easier for criminals to break in without being detected. The network of narrow streets filled with parked cars made it difficult for emergency services to quickly access properties or lock the neighbourhood down. And large, unmaintained oak trees had grown to obscure street lights, making surveillance difficult. 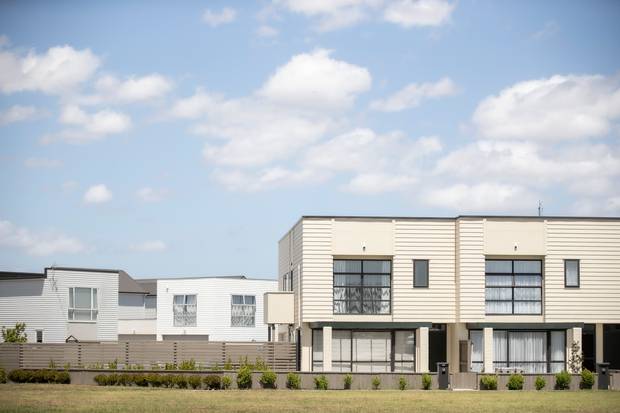 The 1200-house development is expected to be completed this year. Photograph by Michael Craig

Strict rules introduced by the Addison Residents Society also played a role, the research unit's report said. A ban on front fences and audible alarms, which were meant to foster community and make it easier to live side-by-side, actually made homes more vulnerable to break-ins.

The covenants put in place by the society were enforced with warning letters and $100 fines.

A survey of Addison residents found most had either been a victim of a crime, knew a victim, or had observed a crime. One unnamed woman quoted in the report said a gang member had walked straight in her front door when she was home alone with a baby.

"So now my partner is staying ... because I'm too scared to sleep in the house by myself even with my freshly-sharpened tomahawk," she said.

Developer David McConnell, whose firm led construction of Addison, said the finding that design features in Addison had contributed to the crime rate was "subjective".

He believed a suburb in a similar location with different design rules was likely to have a comparable crime rate.

The council's research unit noted that they did not have intelligence reports for surrounding suburbs so could not make a direct comparison.

Addison also suffered from other problems. When construction began in 2003, the plans included a train station and a large shopping centre. But the global financial crisis between 2007 and 2009 meant neither went ahead.

That led to a car-dependent neighbourhood in which people had to drive just to get a bottle of milk. The signature narrow streets were clogged with cars, and parking spilled over on to berms and driveways. Motorists got stuck behind the rubbish truck for 10 minutes in the morning.

"There appears to be a disjoint between the original intent of the urban design and the realities of residents' use of and dependence on cars and other vehicles," the council researchers said.

With medium and high-density neighbourhoods now springing up all over Auckland, police have pleaded with council not to replicate some of Addison's problematic design features. The research unit's report also recommended that council undertake further work on designing rear lanes and private streets. 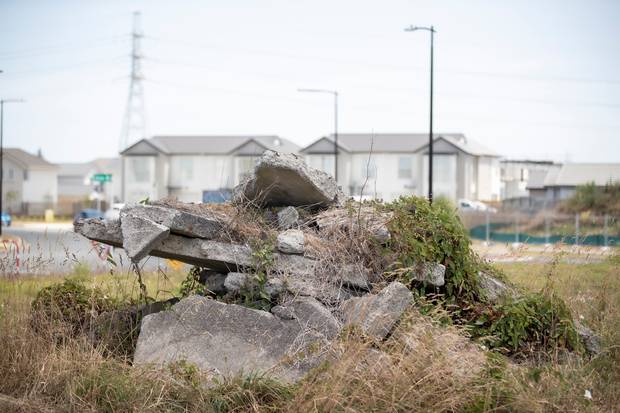 Addison was meant to have its own train station and shopping centre. But both were scrapped because of the GFC, and the site for the shopping centre is a vacant lot. Photograph / Michael Craig

One of the researchers, Anna Jennings, said the factors that led to Addison's high crime rate were unique to the area. But some of the problems around parking and mobility in Addison had been replicated in other housing developments, most notably in Hobsonville Point, she said.

And unlike 20 years ago, planning in Auckland is more sophisticated and developers often consult with Auckland Transport, the Ministry of Education and district health boards to make sure all needs are met.

Despite Addison's flaws, many residents still spoke warmly of their neighbourhood. Those who had stayed were willing to trade off concerns about crime with the area's sense of community and convenience to the motorway system. In the last year, crime rates had fallen, and a survey of Addison residents showed a strong majority felt safe in their homes and walking the streets.

"I'm still really proud of the development," McConnell said. "I think the residents generally do love living there, and that's the real test."

Jenning said that based on the police report, they had been expecting to find a dysfunctional suburb.

"But we were really surprised by how lovely it is, just from the site visits when we walked through. The amazing tree coverage, and when we started talking to people, how much they liked living there." 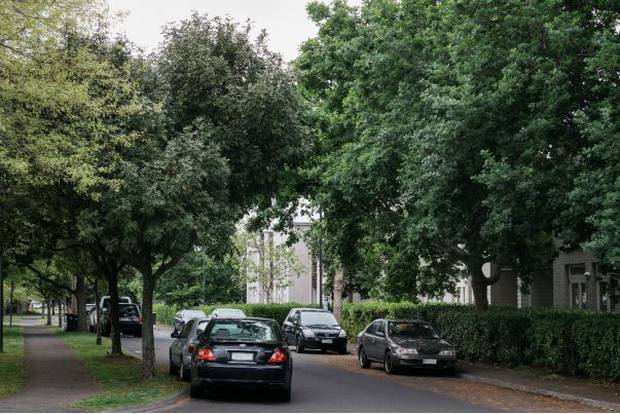 Large, overgrown oak trees in Addison's streets were found to have make it harder for residents to watch their cars or detect break-ins. Photo / Auckland Council

On the day the Herald on Sunday visited, the last cluster of homes in the development were under construction. A sign on the street said: "Addison: Lived in and Loved Since 2003".

A few blocks away, the original site for the abandoned shopping centre remained a vacant, overgrown lot. The laneways occasionally felt cramped - a late-model Mercedes whizzed down a side-street just centimetres from parked cars' wing mirrors.

There were glimpses of the designers' original vision for Addison. In the leafy, narrow streets away from the main road, three children biked in a pocket park, giggling and shouting. A family sheltered from the searing February sun under a large oak tree.

Vika Prakash, who moved to the neighbourhood nine years ago, said she was surprised by reports of Addison's high crime rate. Papakura, where she used to live, was far worse, she said: "I got fed up with naughty children stealing my pot plants."

Addison's open design made it a social neighbourhood, Prakash said. The closely-spaced homes and absence of front fences meant mingling between neighbours was common.

"We go across the road for Christmas and they come here for Diwali. They like the sweets and the firecrackers."

She recalls that she once had the number plates stolen from her car outside her Addison home. But she still felt safe, noting that a neighbourhood security guard came past every two hours at night.