Newstalk ZB's Bruce Russell spent a lifetime being a companion to his treasured listeners.

Whether it was reading the news or creating the character Freddy on Timaru's Radio Caroline in the 1980s, he was loved for his devilish sense of humour, gargantuan general knowledge and storytelling.

The broadcaster, in his early 70s, died suddenly on Sunday night, working right up until his death – as an overnight host, newsreader and host of the popular In My Day show.

He passed away shortly before he was due on air to host Newstalk ZB's overnight show.

In a statement on Newstalk ZB's website, the station said: "Bruce Russell, one of our long-time Newstalk ZB hosts, passed away unexpectedly but peacefully last night.

"Bruce was a wonderful team member and a talented host and newsreader who brought joy to our audiences for many years.

"The conversations he had on-air brought him loyalty from listeners young and old both throughout the night and on his Saturday night show.

"His inimitable personality in the newsroom and in the studio would always entertain his colleagues too.

"Our thoughts and love are with Bruce's family at this sad time."

Newstalk ZB host Tim Beveridge summed up the mood among broadcasters saying Russell was an integral part of the fabric of not just Newstalk ZB but the landscape of radio in New Zealand.

"Bruce was a thoroughly unique and lovable colleague with a devilish sense of humour. His death has left a hole in many people's lives, including his treasured listeners, for whom he was not just a talkback host, but also a friend, counsellor and companion."

Russell worked up and down New Zealand during his broadcasting career. He started out writing commercials and during that time he began doing some on-air announcing and was posted to various community stations, "doing every shift under the sun", according to his ZB bio. 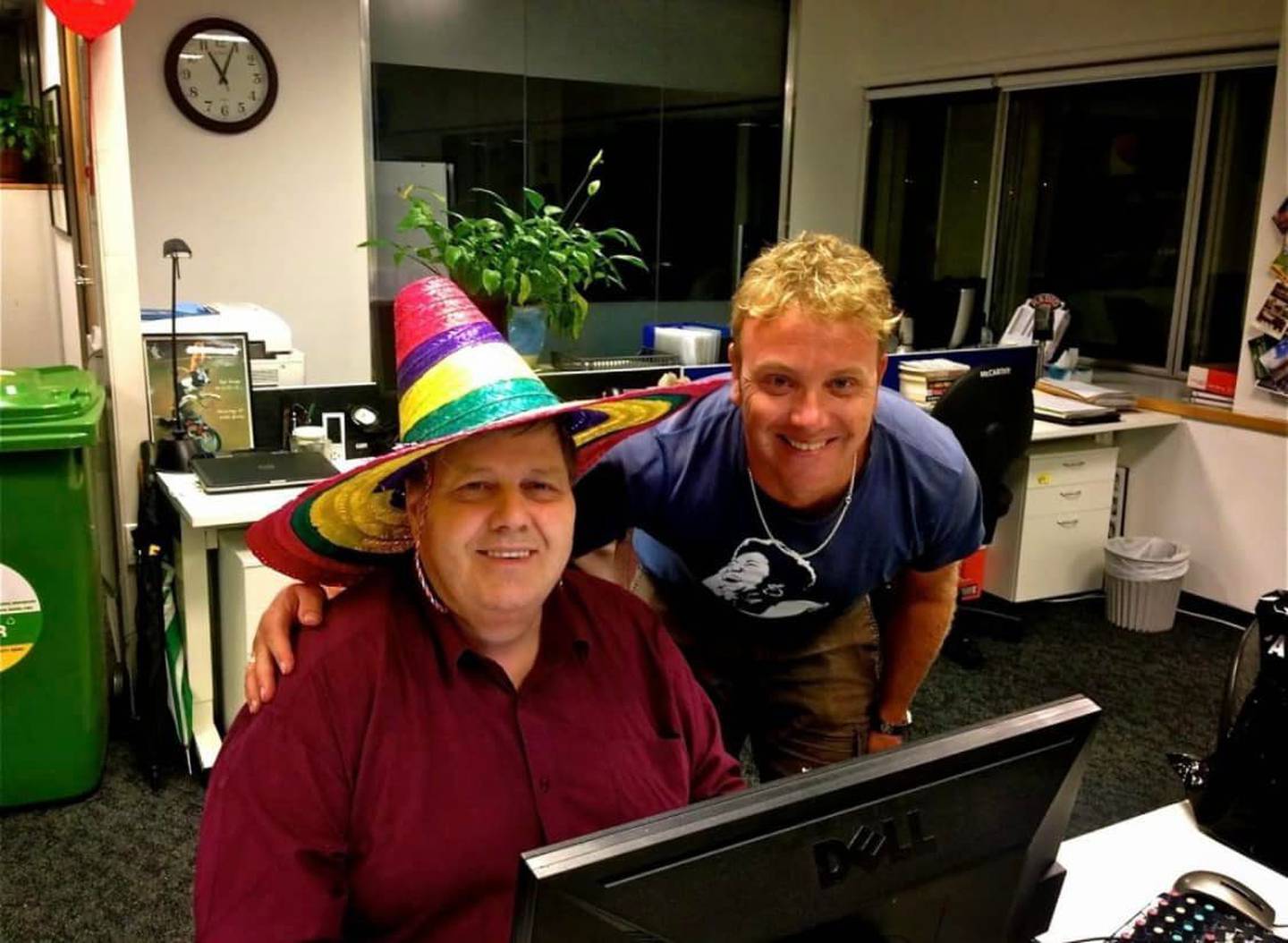 After working at Apple Radio in Hastings, Russell moved to Timaru's Radio Caroline in 1982 where he became a lifelong friend with breakfast host Peter Mac.

Mac said radio hosts are performers, but Russell was different; he had a 24/7 persona that was the same on air as off air.

In Timaru, Russell created a young character he played – Freddy, who lived with a mother who went off to work with make-up and fishnet stockings, taxi drivers were picking him up and he had lots of new fathers.

"It was pretty lewd stuff, especially for Timaru in 1984," said Mac.

But because it was delivered by Bruce it was blinking real and the morning Freddy met his doom at the roundabout on his bike was a very emotional morning for a lot of people.

"That was all down to Bruce's ability to take anything, no matter how normal or absurd it might be, and bring it to life. And that's what he went on to do with his listeners."

After Timaru, Russell moved to Christchurch where he was a storyline writer for a children's television show. After a short stint, he moved to Taumarunui to manage a radio station before joining Newstalk ZB in Auckland in about 2000.

One of Russell's long-time colleagues at ZB, Tim Dower, announced the news on air this morning of the passing of his "great mate".

"Bruce was a magnificent team member, very talented host and newsreader who brought joy to ZB audiences for many many years.

"He brought a particularly sharp sense of humour to his work and to his workplace. He always wanted to give it the very best he could, he was an absolute professional. He loved his work, just loved it," he said.

Another long-time colleague at ZB, Tim Roxborogh, said he had never worked with someone as eccentric, as enigmatic and hilarious as Russell.

"Bruce had a gargantuan general knowledge. That knowledge, especially of old TV shows and movies and musicians, was a large part of why he was so beloved by his listeners.

"What I loved about what he did on the radio was the companionship for the listeners. I genuinely thought he'd be on the air until he was at least 100. I'll miss him enormously," said Roxborogh.

Ken Knight, a former radio host at Nga Iwi FM in Paeroa in the early 2000s, said the station would take the ZB news feed and 99 per cent of the time it was Bruce reading the news.

"He was the news. It was as if he was not even a real person, just the voice that commanded the room's attention and the signature at the end 'I am Bruce Russell'," said Knight.

Shocked and saddened. I’ll remember Bruce for his cheeky banter, his distinctive voice, his unmatchable work ethic. Who else would nap in the kitchen between overnight talk and a newsreading shift? RIP you lovely man and much love to your family 💔https://t.co/qzPuFPNfAY

ZB broadcaster Jenny Woods recalled first coming across Russell when he was at the RNZ station in Taumarunui and she was in Hamilton. Years passed and they both ended up at ZB together.

"My favourite Bruce story is when he fell asleep on air. I had come in for my news shift at 4am and he was on overnight talk. One of our reporters rang in to say she was pretty sure he'd fallen asleep as you could hear the sonorous sighs of someone in a deep sleep.

"I didn't want to give him a fright so crept in, and gently touched his arm.

"In an example of complete professionalism, his head lurched up, his finger went out on the mic and the words "Newstalk ZB back shortly"... and fired off the ad."

Russell is survived by his wife Lorna and son Andrew.