She ain't afraid of no ghost!

A woman has taken to TikTok to explain how, in an effort to understand why so many men never make contact again after their dates - a cowardly practice known as "ghosting" - she created a questionnaire to try to nail down where it all went wrong.

Shanna, a 30-year-old woman from Nashville, Tennessee, described in her viral video that she could see that her date had "read" her text message after their meet-up, but never replied.

With an impressive honesty and ability to laugh at her misfortune, Shanna created a questionnaire for her ghosts, which included questions like: "Why did you ghost Shanna?" and "What could Shanna do to stop getting ghosted?" 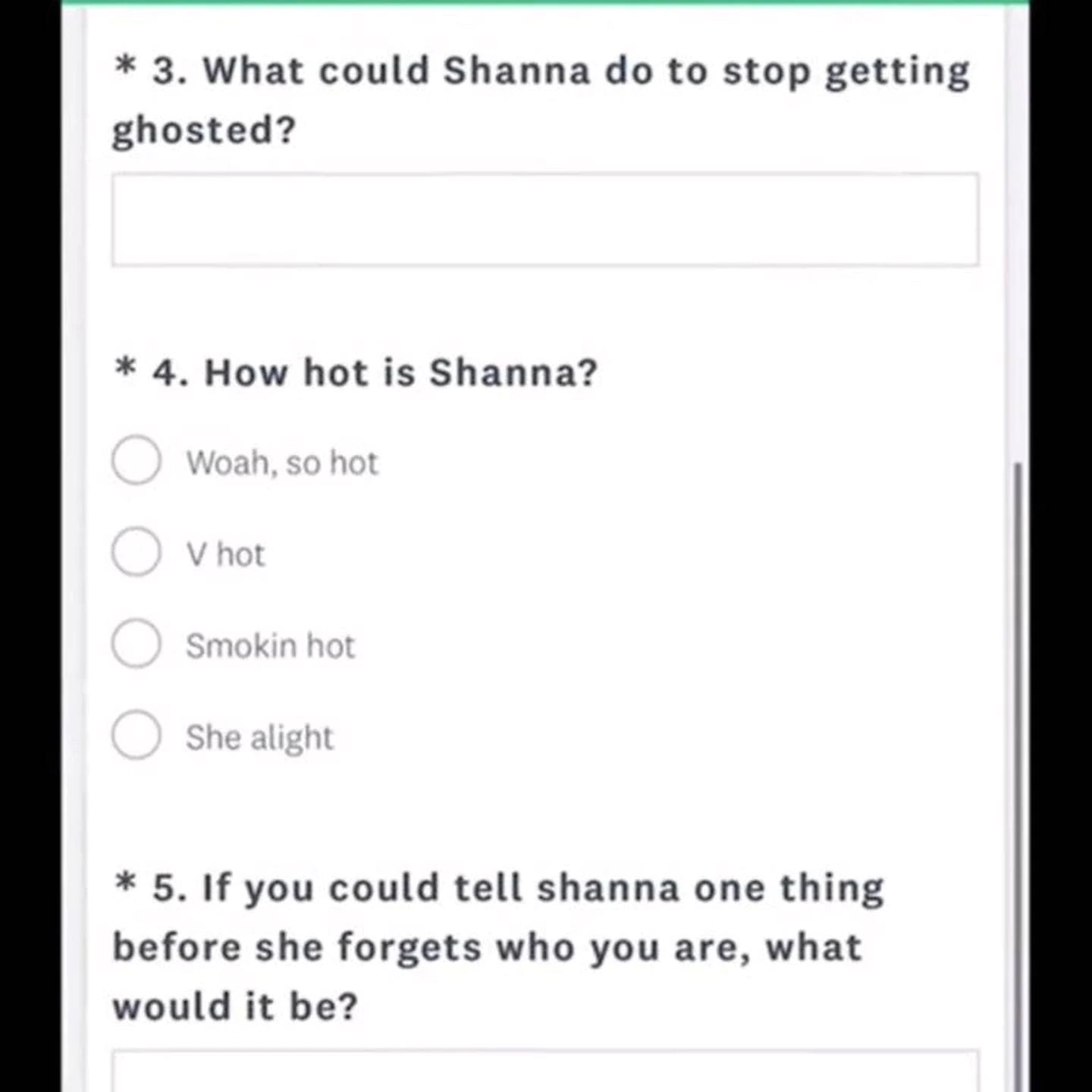 The survey included questions like: "Why did you ghost Shanna?" and "What could Shanna do to stop getting ghosted?" Photo / TikTok

She also asks her dates to rate her personality and looks, as well as asking the men to reflect on themselves, with the question, "If you could tell Shanna one thing before she forgets who you are, what would it be?"

In another video Shanna describes meeting a man on a dating app. They hit it off, "vibed so hard" and texted each other often. Then, out of nowhere, he began to ghost her. The experience inspired the questionnaire. "I had zero intention of getting anything out of this survey, it was just for pure comedy," she said.

She added, "This was purely to call out the fact that guys don't have backbones or balls to be like, 'Hey, you're not it.' It's not that hard. Believe me, I know I am not everyone's cup of tea."

Shanna was able to talk one of her dates into completing the survey and she posted his replies on TikTok.

As to why he ghosted Shanna he replied: "I caught feelings too fast and don't know what feelings are." When asked how Shanna could avoid being ghosted in the future, the guy suggested: "Date women because men are dumb."

"Keep being a badass b**ch. Sorry I was a d**k," the man added. He gave her a high personality rating and wrote that she was "smoking hot".

With scores this high it appears that Shanna herself is not the reason for these men ghosting her, a sentiment that many of her followers share.

"Why are you assuming you're the problem?' a supported asked. "Why aren't [men] the problem?"

"I think most ghosting has nothing to do with you," another explained. "It has to do with the other person just finding someone else."