Prince Harry and Meghan Markle will travel overseas this year for Christmas instead of celebrating it with the Queen.

Instead of spending time at Her Majesty's Norfolk home where Harry has spent every Christmas - bar the year he was in Afghanistan - the couple is rumoured to either be staying home at Frogmore or heading overseas with Meghan's mother, Doria Ragland, and baby Archie, reports The Sun. 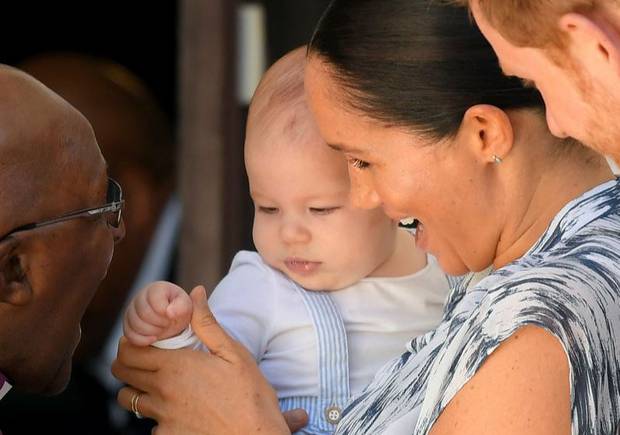 One royal biographer thinks Archie's parents might feel he's too young to be part of the hectic festivities the Queen will host. Photo / Getty Images

Given the Sussexes will also be missing from the royal dinner table at Thanksgiving and are also skipping out on the royals' annual holiday in Balmoral, royal commentators say their moves will do little to heal alleged rifts within the royal family.

According to The Sun, a source says the couple "need some time to recharge and decide their plans for next year".

Royal biographer Ingrid Seward says Christmas at Sandringham can be stressful and something they may not want to bring Archie, 6 months, into at a young age.

However she says it is "sad they don't want to be part of the family gathering, particularly now the Queen and the Duke of Edinburgh are in their dotage."

Seward also thinks the Queen will likely be upset about their absense, however she is "far too gracious" to let it show.