Elise Sproll had just completed a work presentation in New Zealand and was flying home to Sydney for an early 33rd birthday celebration when she discovered something that turned her life upside down.

The then 32-year-old decided to check her breasts before hopping into bed following a conversation she had with a friend at dinner — and that's when she noticed a "beanlike" lump in her right breast.

"My friend was telling me how she was getting a lump checked and when I got into bed, I decided to check mine, which I regularly do," Elise told news.com.au.

But to her shock, she felt something she had never felt before.

"I was in a bit of disbelief but then I felt it again and again, then immediately booked an appointment with my GP."

Elise discovered the lump close to her right armpit, along her bra line.

"I didn't have lumpy breasts and I had never felt [this] lump before. It wasn't massive it just felt more like a bean," she said.

The now 35-year-old said she will never forget the "shock, disbelief and utter whirlwind" that followed throughout her 15 months of chemotherapy, surgery and radiation after she was diagnosed with triple-negative breast cancer.

"It was utter hell," she said.

Elise said she would often wake up during the night thinking she was having a bad dream.

"But then I would feel my boob and realise it's not a dream."

She said the day after discovering the lump was tough, because she had friends and family calling to wish her a happy birthday and she had to "pretend she was OK".

"I told my family I was a bit worried as I had found a lump but they told me not to worry."

However, when Elise visited her GP the next day, she was sent to the Sydney Breast Clinic to undergo several tests — and that's when it was discovered she had the rare and aggressive type of breast cancer.

Triple-negative breast cancer has limited treatment options and according to Breastcancer.org, it does not respond to hormonal therapy medicines or medicines that target HER2 protein receptors. 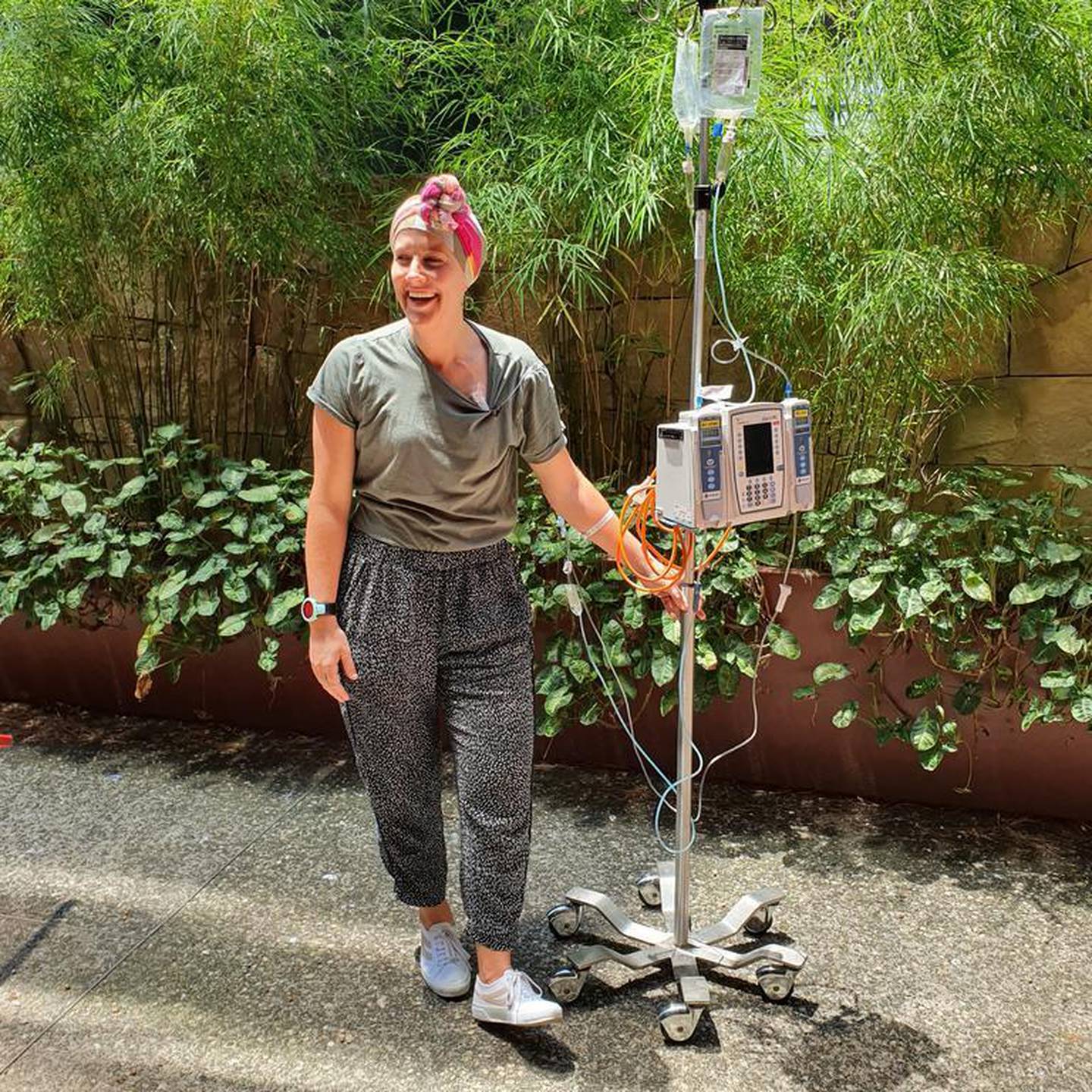 "I remember throughout the day doctors telling me it feels like a fibroid cyst. But by the end of the day when I saw the doctor again, she said, 'I didn't expect to be telling you this, but it looks like cancer,'" Elise said.

"That Monday when I had an appointment with the surgeon, her first words were, so you know you've got cancer,' and I interrupted asking, 'Got it?'

"I thought it was a maybe because that's all my brain was able to comprehend when the doctor had originally told me.

"And that's when the whirlwind started."

An otherwise fit, active and healthy Elise had five months of chemotherapy, then surgery to remove the tumour.

"Unfortunately chemo didn't kill the tumour, but it did help to shrink it. I then had 28 rounds of radiotherapy and because that didn't annihilate it, I had to go through six months of another chemo as more of a preventive measure."

Elise, who has shown no evidence of disease since February 2020, said while those 15 months were some of the hardest in her life, she tried to take as much control and keep a positive mindset.

"When I was on the flight home from New Zealand, I decided to write a journal entry and I actually started it with, 'I'm the luckiest girl in the world. I love my work, love running marathons, I have amazing friends and family.' 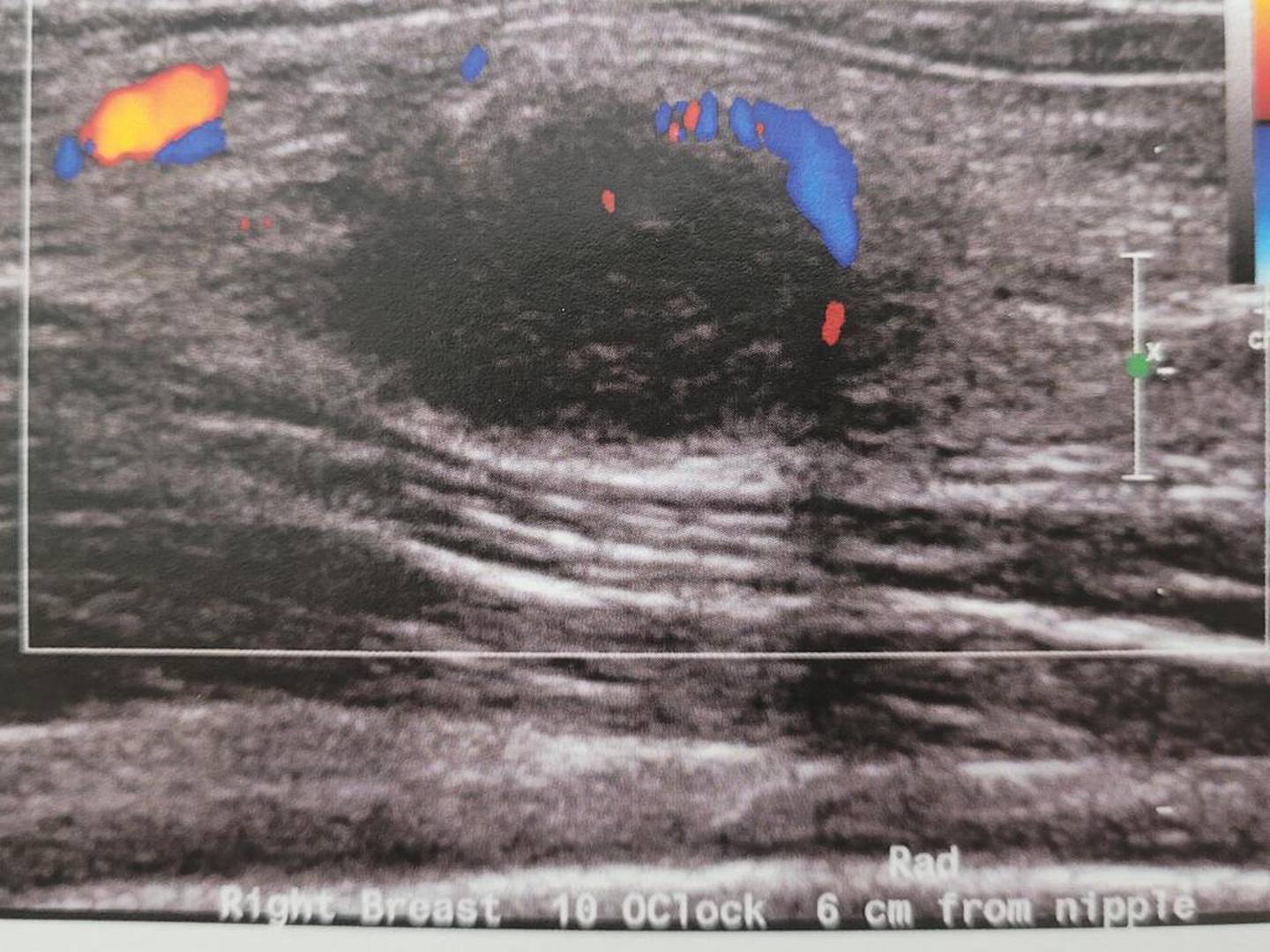 She was diagnosed with triple negative breast cancer. (Photo / Supplied)

"So I went into it stable, positive and fit – I remember thinking there's so much I can't control, and instead I am going to focus on the things I can like my diet, exercise and attitude.

"And I honestly look back and don't know how I exercised and worked."

Elise said some of the most challenging moments during her 15 months of chemo and radiation was feeling like a shell of her former self.

"I felt like I didn't have my intelligence and personality. Chemo wipes your ability to sleep, think and articulate yourself and with the job I have [as a marketer] it's tough."

Elise said through her treatment she picked up lots of tips and tricks that helped her manage her side effects and hopes to share these with other women during the most difficult time of their lives.

The 35-year-old has curated a kit with ideas for recently diagnosed women to take control of chemo side effects and kickstart their wellness afterwards. 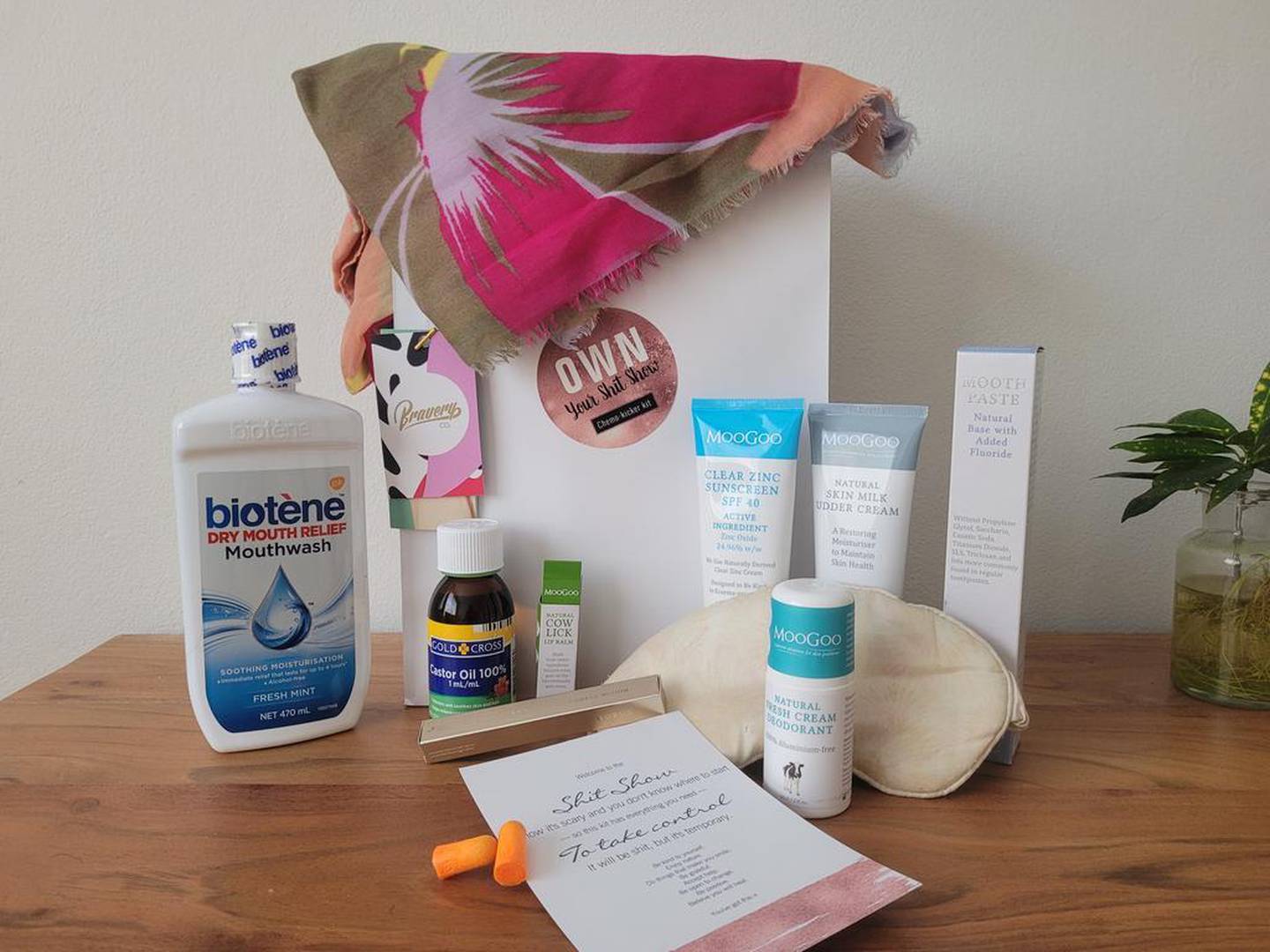 "My dream is to gift these packs to every young woman who has to undergo chemo – for free," she said in a GoFundMe set up to help fund the kits.

Elise said each kit costs roughly $120 to produce and has already gifted seven packs to young women at the Kinghorn Cancer Centre using her own savings.

"I'm hoping for donations to help me make many more," she said.

"I want to arm as many women as I can with the best chance to take ownership of their health and chemo side effects, no matter their situation."

You can donate to Elise's cause here.