Okay, if you're a frequent business or first class flyer (*can you feel my loathing?*), you can stop reading now.

You see, this story is largely written for the poor folk whose bank balances unfortunately only permit an economy long haul airfare. Travellers who are unaccustomed to the delights, comfort and decadence that a seat in the pointy end facilitates.

Travellers used to roughing it in cattle class. Travellers like, well, me.

It is a truth universally acknowledged that travelling in economy sucks. Believe me, as someone whose job regularly takes them around the world, I know. No matter how often you fly, or how much of an experienced traveller you are, a long haul in economy is never going to rank highly on any travel wish list.

A one-way ticket to exhaustion and discomfort, once the doors are closed what follows is 12-plus hours of sheer torture. Forced into a cramped position, knees repeatedly scraping the back of a chair, you're given nothing but a few almost inedible meals – each nuked to within an inch of its life – and then there's your fellow passengers.

While you may do your damnedest to get in early and book your perfect seat, when it comes to selecting who you're sitting next to on a plane, it's total pot luck. And unfortunately there's a multitude of potential seat mate distastes that come in all shapes and sizes.

Will you be wedged between a snorer and an armrest hogger?

Will you be left gagging as a result of the BO-challenged guy next to you, or from surreptitious farter in the middle seat?

Will you be forced to share space with an unruly toddler, or a wailing baby whose deafening cries manage to permeate a pair of BOSE noise-cancelling headphones? 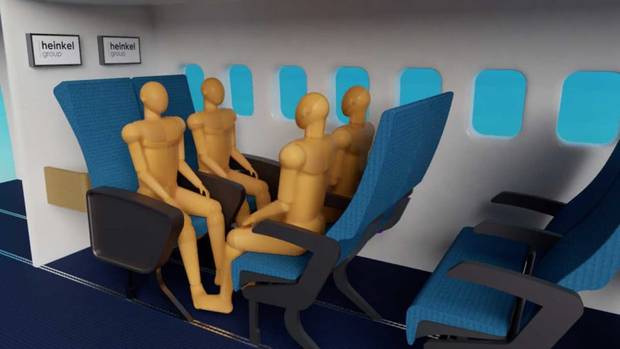 Will you be forced to unbuckle and crawl into the aisle on an hourly basis when your (seemingly incontinent) neighbour once again decides to visit the toot?

Or will you be forced to engage in unrelenting, unwelcome conversation with Mr Motormouth next to you?

Each of these potential scenarios are bad enough, but imagine if – to add to this in-air horror – that you actually had to stare directly into the face of these afore mentioned offenders for the entire duration of the flight?

Well, it's a nightmare that could turn into a reality if a German aviation design company has its way.

Submitted as part of the Crystal Cabin Awards (an annual competition for the world's best aircraft cabin designs) the "flex economy" seat configuration could mean your next flight resembles a commuter train at rush hour with its design of two sets of seats directly facing the other.

Most of us while away the hours of a long haul by devouring a boxset, or working our way through a back catalogue of mediocre Jennifer Aniston rom-coms, but these efficient Germans would have us exchange this for the socially-awkward eyeballing of a total stranger. Horrifying, right?

Air travel can turn people into monsters even in the best of scenarios, so what will happen when you're exhausted, irritable, suffused with anxiety, and then have to face the person whose snoring has been keeping you up, or look directly at the one who has taken off their shoes and subjected you to a foot odour so strong it would rival a choice wheel of French brie? It's the perfect catalyst for an otherwise reasonable individual to totally lose it. I predict a riot.

Though this idea is the stuff of horror movies, when it comes to dubious aviation tweaks and developments, it's unfortunately not alone. Let's take a look at a few of the other potential horrors that could await us on-board future flights.

You may think that budget economy flights are already stripped back to the bare basics. However, in this game of inches, where money-hungry carriers are determined to squeeze every last dollar out of each and every flight, you'd be wrong. 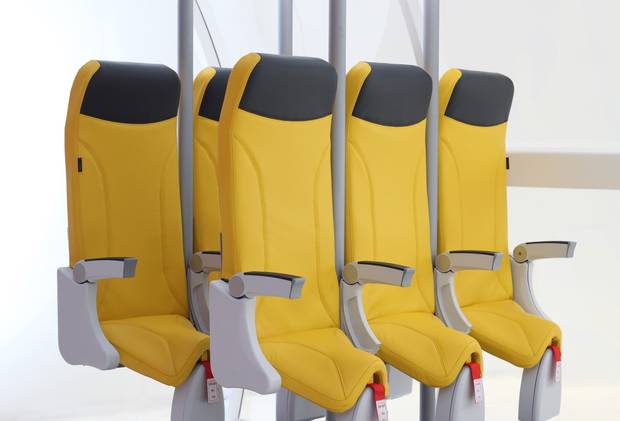 On the plus side, the seats seem designed to give your core a work-out. Photo / Supplied

"Standing" seats have been on the aviation radar for a few years now and the most recent incarnation comes from the Italian Aviointeriors Group. An updated version of a seat it developed 10 years ago, the new Skyrider 2.0 (which appeared at last year's Aircraft Interiors Expo) is a cross between a bike saddle and a theme park rollercoaster seat.

Passengers would be seated in small, padded saddles that are so upright they're virtually standing, meaning that an airline can cram as much cattle, sorry, I mean "people", into the cabin as possible.

Hark back to your childhood and try to remember the sheer joy of those first flights. Taking in the fluffy, marshmallow-like white clouds set against the brilliant blue sky, and then viewing the world from above – cities and roads in miniature. Magical. Flying without windows could be more terrifying for passengers, not less. Photo / Supplied

However, for the next generation of newbie flyers this simple joy could be a thing consigned to the past if windowless planes take off. Planes without windows are lighter and therefore cheaper to build, which means that several design companies are already in the development stage. Plans are sketchy right now, but passengers will instead be able to take in the views through image projection within the cabin. Emirates in particular are big fans of the idea.

For all of the downsides of flying, one of its biggest boons was the escapism it offered. Cut off from the world with nothing to do but watch back-to-back movies, in this age of 24/7 connection it afforded actual "me" time.

Enter in-air wi-fi. Though the ability to go through one day without interrupting a social media stream of Instagram, Snapchat and TikTok may enthuse some of us, for others the prospect is less appealing. Particular when the advent of plane wi-fi means the imminent ability to make and receive calls.

Whether FaceTime-ing or WhatsApp calling, sitting next to someone yelling down their phones ("I'm on a plane!") for the duration of a long-haul will not be a pleasant experience. And though this potentially ear-splitting scenario isn't a reality yet, it's coming.

Just as seats are shrinking, so are toilets. Adhering to the maxim that more seat space equals more profit, airlines are now clawing back from the only area on the plane where economy flyers are guaranteed a bit of privacy: the toilet. 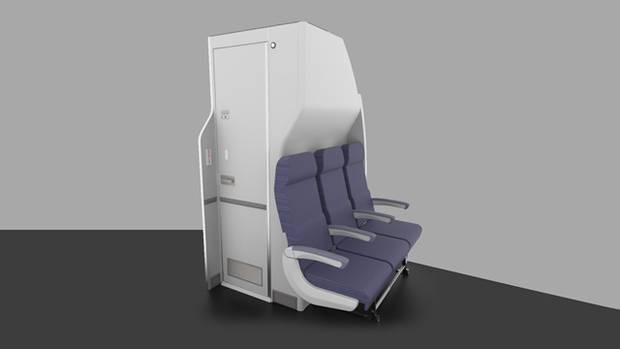 Launched a few years ago in the US, the tiny economy class airline bathroom (called the 'Advanced Lavatory') has found its way into 40 per cent of new plane orders. Freeing up an area for six additional passengers, the micro-sized bathrooms are a paltry 61-cm wide. 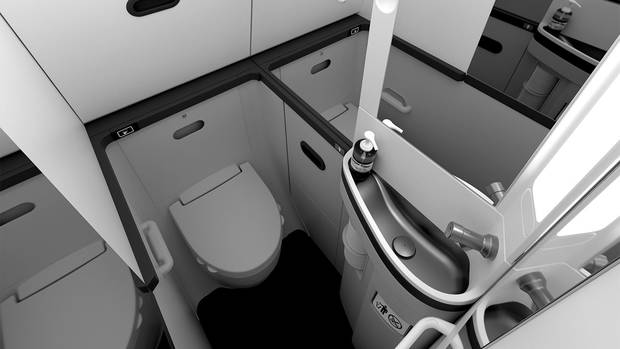 This means that you'll need the deftness of a Cirque du Soleil member and the flexibility of a yoga guru to be able to do your business, let alone change into your PJ bottoms – and all the while trying avoiding steeply in that puddle of pee on the floor (make no mistake – that isn't water!). Plus, imagine how quickly a space that tiny will start to stink. Talk about hell at 35,000 feet …