Every time I visit Invercargill, I’m always struck by the character of the people. They’re gritty, incredibly resourceful and know how to rise to a challenge. Invercargill’s fabric reflects that great dogged spirit of the south, where time-honoured architecture and crazy-wide boulevards set the stage. Heritage hounds, like myself, find the seventh heaven with a trove of elegant architecture and follies, headlined by the cupola-adorned water tower, studding the landscape. You’ll equally be struck by the monumental makeover to the city centre, where a major retail development is finally underway. But the city’s biggest calling card is the fact that it beckons like a national garage, awash in shiny chrome and seductive curves, with world-beating collections of classic motorbikes, cars and domestic machinery. Be warned, you’ll be truly blown away by the scale and unrivalled quality of these collections. 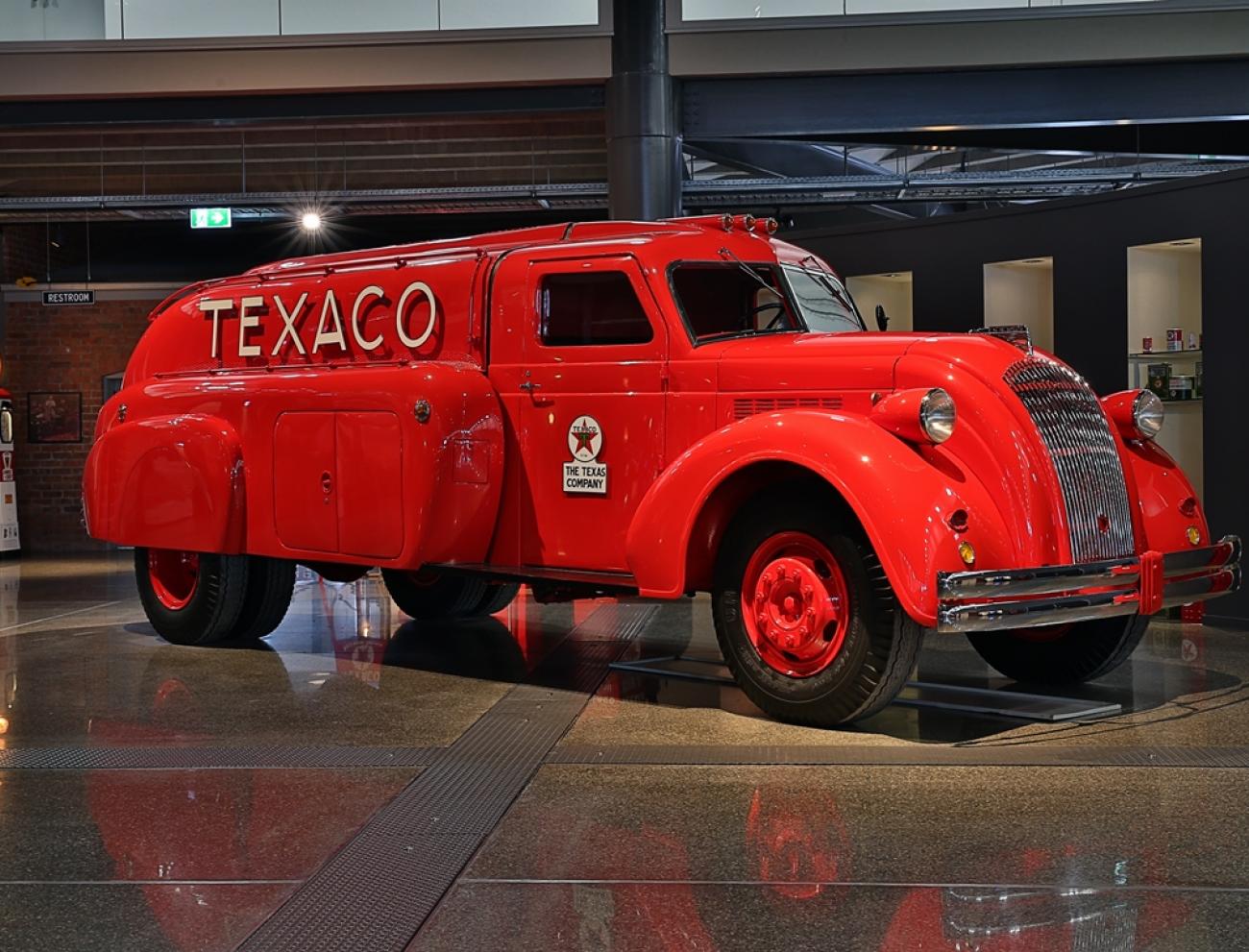 The fire engine-red Texaco tanker is another star turn.  This 1940 Dodge Airflow water tanker was restored by Bill so spectacularly, that legend has that that American oil executives from Texaco visited Invercargill to offer a blank check to Bill for “Tex the Tanker.” Bill said “No Deal.” Boasting over 300 vehicles, the world’s most comprehensive Ford collection is deliriously good, including 7 of the 8 pre-Model T production cars lustily displayed, dating back to 1904, along with some fine “Tin Lizzie (Model T) specimens.

Bill died in 2005 but his daughter, Jocelyn, took up the reins, and it remains a beloved family owned and operated going concern, with ever-expanding collections. You could easily while away half a day within this gob-smacking storehouse of collectibles, which are so impeccably displayed. Be sure to check out the wondrously-themed bathrooms, particularly the petrol pump replica handbasins. In the gents bathroom, you stand in front of a gleaming window overlooking the gathered crowds in the showroom floor. It’s one-way glass, I was assured.

A recent addition is the delightful Cadbury Collection, with a trove of memorabilia salvaged from the Dunedin factory before its controversial closure. I also loved the temporary exhibition dedicated to celebrating 60 years of VW Kombi vans. The retro-themed camping scenes are particularly evocative of golden New Zealand summers.  Check out the Kombi pool table – I want one!

I furthered my engine fix at their sister exhibition, Classic Motorcycle Mecca, which sports an equally museum-worthy line-up of 300 two-wheelers. Spread across two floors, the classic motorbike displays run the gamut from a 1902 Peugeot motorcycle to a 21st century Simms Corbin Custom, plus plenty of John Britten motorbikes. An added feature is the George Begg exhibition, the famed Invercargill engineer who hand-built a slate of vehicles in his “toy shop”, as part of his glittering career in the motorsport industry. Plus, Classic Motorcycle Mecca has a wonderful tribute gallery to Burt Munro.

Two years ago, Transport World also opened New Zealand’s first heavy equipment playground. You can let rip and have a go driving heavy machinery, including bulldozers, diggers and skid steers in a giant gravel pit. You can even crush a car! Expertly supervised with hands-on instructors, you’ll come away from this smashingly good time feeling like a glorified heavy machinery operator! Only in Invercargill.

Complete your wheely good look around Invercargill at E. Hayes. Operating since 1932, New Zealand's largest independent Hammer Hardware store boasts one of the nation’s biggest private motorworks collections, headlined by the World's Fastest Indian motorcycle. Yes, Burt Munro’s original 1920 Indian Scout. Amid the shelves of power tools, spanners, nuts and bolts, a vast array of vintage machinery displays pepper the store. The real, original motorbike is housed inside a glass cabinet, but there's a replica of the prop used in the film, that you can crawl into, while imagining blasting across Utah's Salt Flats. Remarkably, the E Hayes collection is free to admire. No purchase is necessary. No admission fees apply. Southern hospitality, unplugged. 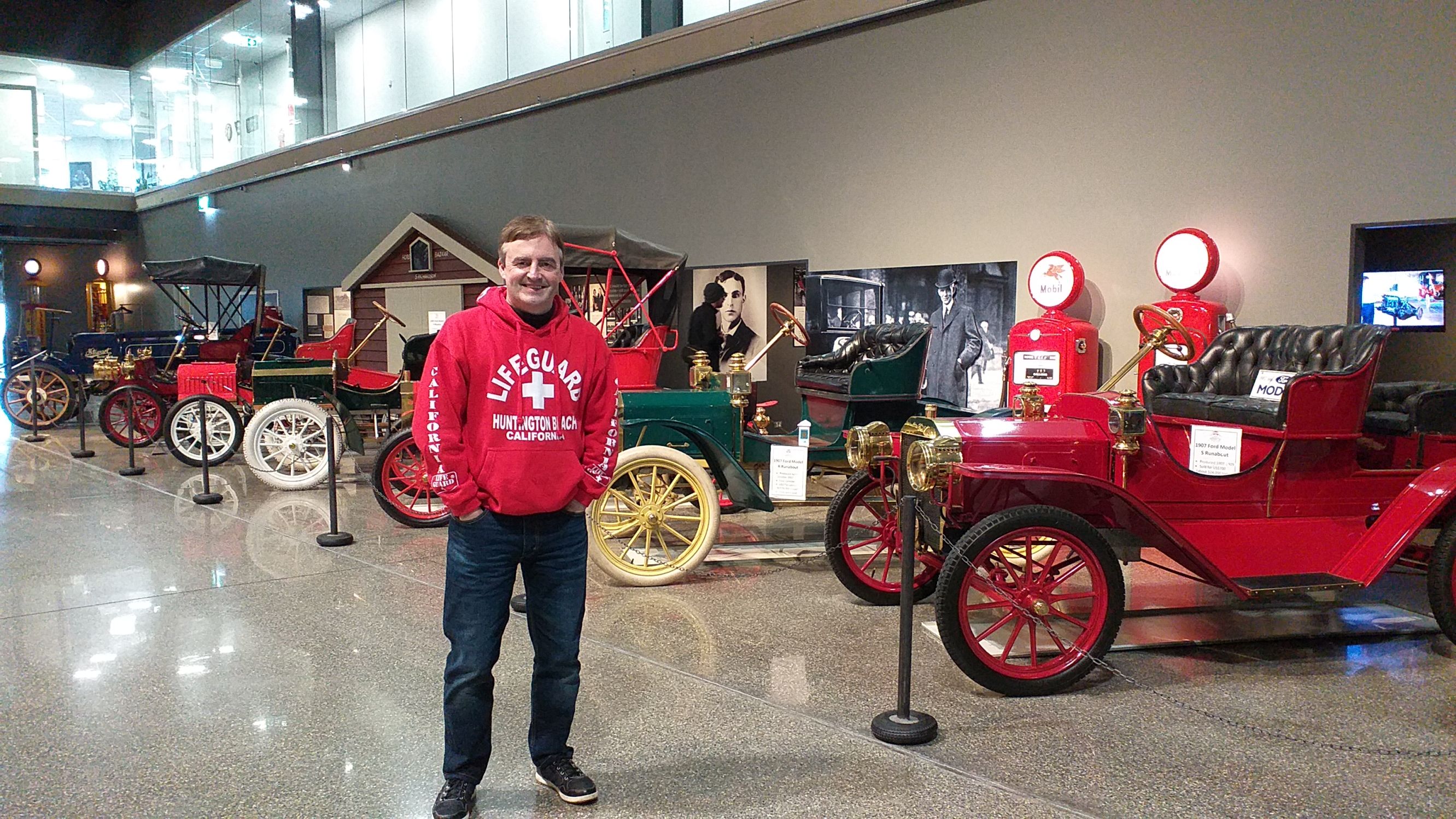 For a complete change of scenery, I headed to the Southland Museum and Art Gallery, where the runaway highlight is their Tuatarium. Home to about 100 of these worldly reptiles, spanning the age spectrum, the star of the show is the great patriarch, Henry. He’s roughly 120 years old, but doesn’t look a day over 20. Henry holds the world record for living in captivity. 46 years and counting. You may recall, on his last visit to New Zealand three years ago, Prince Harry meet his reptilian namesake.

Hot-foot it to Jane Stanton’s Seriously Good Chocolate Company, in Spey St. Her flavour range is fantastically inventive and undeniably patriotic. She designs chocolates that don’t head-blast people with a flavour hit straight away, but gradually creep up on you. Kind of like eating chilli. Her Kiwi chocolate flavours include Pohutukawa, Hokey Pokey, Pavlova, Kiwifruit, Manuka honey and Cheese Rolls. She’s also dabbled with Bluff Oysters. Mayor Tim Shadbolt once took some of her experimental chocolate-dipped oysters to a food festival. She freely concedes they were an epic failure. Her latest venture is fusing wine flavours into chocolate using freeze-dried grapes, which has been a smash-hit. Order up some Rabbit Ranch Pinot Noir Marshmallow Chocolate bunnies. They are a party in your mouth.

Where to stay? It’s been a beacon for business and leisure travellers for decades. On the northern approach to the city, spacious and leafy, The Ascot Park Hotel is the city’s premier hotel and conference centre. With six different accommodation types, you can be extra choosy about your preferences, although I think the self-contained apartments or studio units are the best. You’ve got all of the indulgent creature comforts you’d expect from a top-end hotel on-tap, from the fabulous indoor heated pool, spas, saunas and fitness to great regional dining at Emberz Restaurant & Bar. Sparkling service, legendary hospitality and exceptional facilities are all part of the package. The Ascot Park Hotel is an exemplar. www.ascotparkhotel.co.nz