When in Ruapehu, you’ve got a head-swirling banquet of 500 kilometres of trails to graze from, with a range of grades and stories to discover. It’s bikers’ heaven. My all-time favourite day ride is the Ohakune Old Coach Road, a 15km thrill ride connecting Horopito to Ohakune. Cycle buffs will know it as the second leg of the wider Mountains to Sea cycle trail, but this ride is pitch-perfect for newbies to mountain biking. It’s a grade two trail so it’s not too taxing, but you’ll definitely want to tackle it from the Horopito trailhead for a downhill ride. (TCB in Ohakune will happily organise a quick transfer.)

Adjacent to the trail is the traffic-stopping sight of ‘Smash Palace’ car-wreckers, which also featured in Goodbye Pork Pie. Horopito Motor Wreckers is the largest vintage car dismantlers in Australasia, and the spectacle is captivating for its rustic beauty. This cycle trail deserves its reputation as one of New Zealand's best day rides, an evocative old pack-track and restored cobblestone road around the foothills of Mt Ruapehu, traversing Tongariro National Park forest and farmland, with sweeping lookouts over the volcanic plateau. But it’s the Victorian engineering, spooky tunnels and two mammoth railway viaducts that are the runaway highlight. The fatally-rusted Taonui viaduct makes for a striking backdrop but the old Hapuwhenua Viaduct is good to go. You can cycle or walk across this colossal and curved structure, the longest viaduct in the Southern Hemisphere at 284 metres long, and 45 metres above the river. I dare you to look down between the sleepers! It was restored as part of the Cycle Trail development, while the newer Hapuwhenua Viaduct does a brisk trade for KiwiRail. There’s a bucketload of history to lap up, imparted by the information panels, sprinkled along the route.

The old cobblestone road was originally built for horse drawn coaches in the early 1900s to transport passengers between the two rail heads of the unfinished North Island trunk line. Just imagine those Victorian-era rail passengers, bustling their way across those cobbles in all their finery, simply to board a connecting train. Shortly after the main trunk line’s completion in 1908, the inter-connecting coach road fast became obsolete and was consumed by the forest. This riveting ride of movie-set good looks is unstoppably scenic and thickly coated in pioneering history.

On my latest romp through Ruapehu, I also struck out from National Park village on the Marton Sash and Door Trail. Summit Shuttles HQ sorted me out with e-bike hire and I joined two passionate locals, Andrea and Karen, who were training for the Timber Trail, which averages about 45km cycling per day. Knocking off this undulating cycle trail, cleaved out of the remnants of an old tramway, is the ideal work-out. Taking its name from the Marton Sash and Door logging company, the tramway was built for locomotives to take logs from the Erua forest and transport them through to Marton, south of the volcanic plateau. Information panels dotted alongside the trail vividly recall the logging era. The locomotives used on the tramway look like they’ve just walked out of a Thomas the Tank Engine book. Setting off from the railway station at National Park village, the trail heads south beside the main trunk railway line, then climbs up to meet the old bush tramway line. The tramway route serves up a soothingly verdant ride through the forest. Scattered along the way are various relics of the era including the remains of log bridges, a small wood dam, pumice cuttings and rail irons. The tramway stopped operating here in 1957, left to disappear back into the landscape. community of National Park Village.

Now flourishing with regenerating sub-alpine bush, it was a community-led initiative that prised this silent forest open once again, repurposing the tramway cuttings and circuit for bikes. The full 16km loop took me a couple of hours to complete. It’s a Grade 3 trail with some calf-pumping climbs, but the sweet reward are those superlative skyline views. www.summitshuttles.co.nz 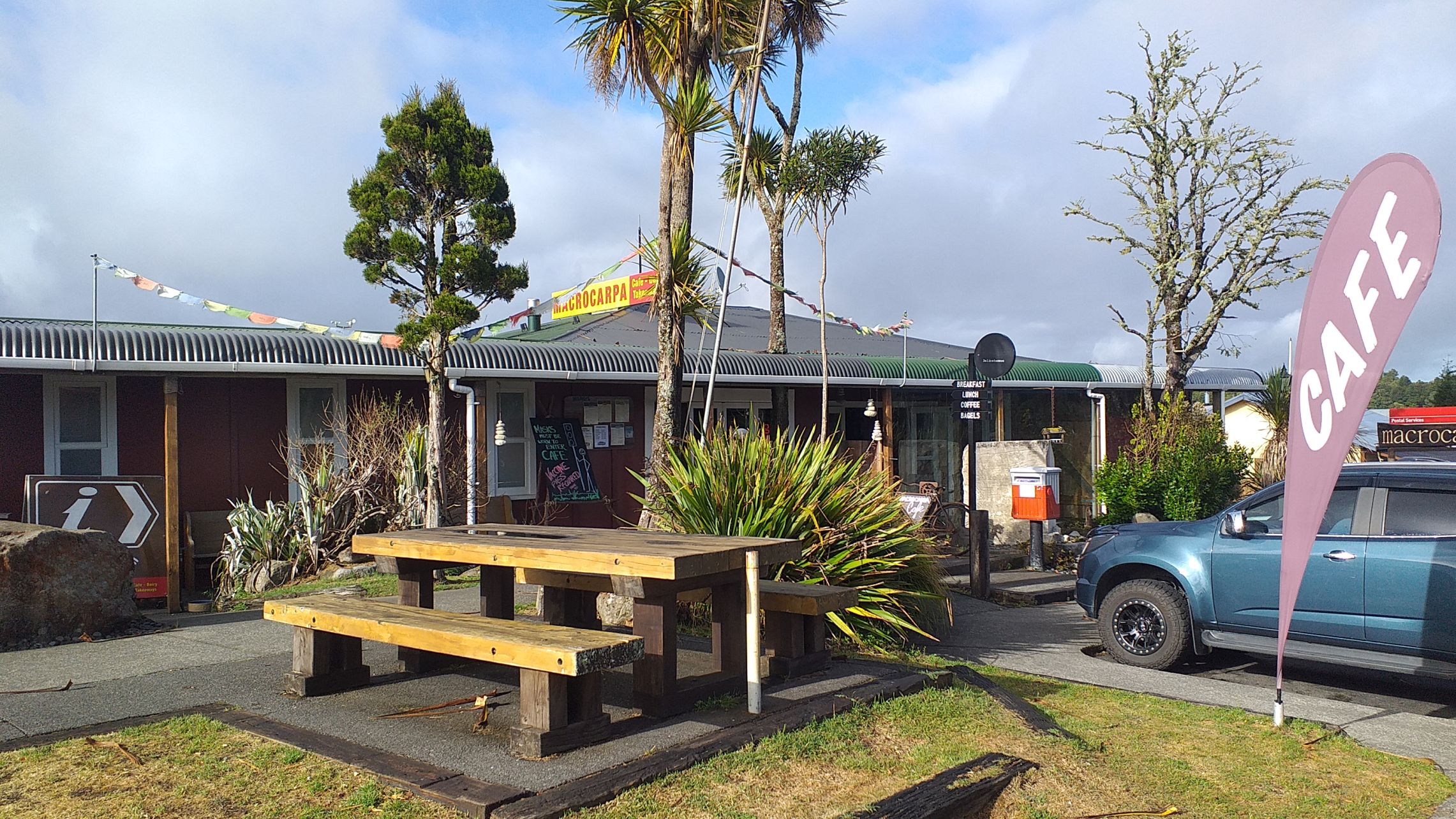 If you want to take your outdoorsy adventures to the next level with a seasoned pro to guide you, look no further than Stewart Barclay from Adrift Outdoors. 20 years ago, while climbing the Andes to 20,000 feet, he had an epiphany, deciding to turn his career to adventure guiding – and he hasn’t looked back. Adrift Outdoors offer a wealth of guided trips, from the Tongariro Alpine Crossing, Lord of the Rings tours and half-day bush walks to the full-day Ruapehu Crater Lake Walk, Northern Circuit Trek and Whanganui River adventures. Whether you’re looking for a one day or three day guided experience, you’ll be in the best hands, every step of the way. Check out their sizzling stay and play specials. www.adriftnz.co.nz

Café stop? Macrocarpa Café is a cracker. Situated in National Park village, this quirky and characterful café celebrates its sense of place with a backcountry mountain hut design motif. Its walls are decorated with a slew of historic curios and exhibits, honouring the mountaineering prowess that purrs in these parts. Under the command of the loquacious and entertaining Clark McCarthy, you can expect excellent coffee and hearty food at this humming café, beloved by the villagers as a true community meeting place.

Staying in National Park village? Look no further than The Park Hotel Ruapehu, wrapped in the elemental splendour of Tongariro National Park. Offering affordable accommodation in a stunning alpine setting, the rustic, cosy lodge atmos is pitch-perfect. Awakening to the sweeping line-up of Ruapehu, Ngāuruhoe and Tongariro as your greeting party takes some beating. My guestroom was fully furnished with an en-suite bathroom, tea/coffee making facilities and free wifi. The complimentary courtyard hot tub was very inviting. 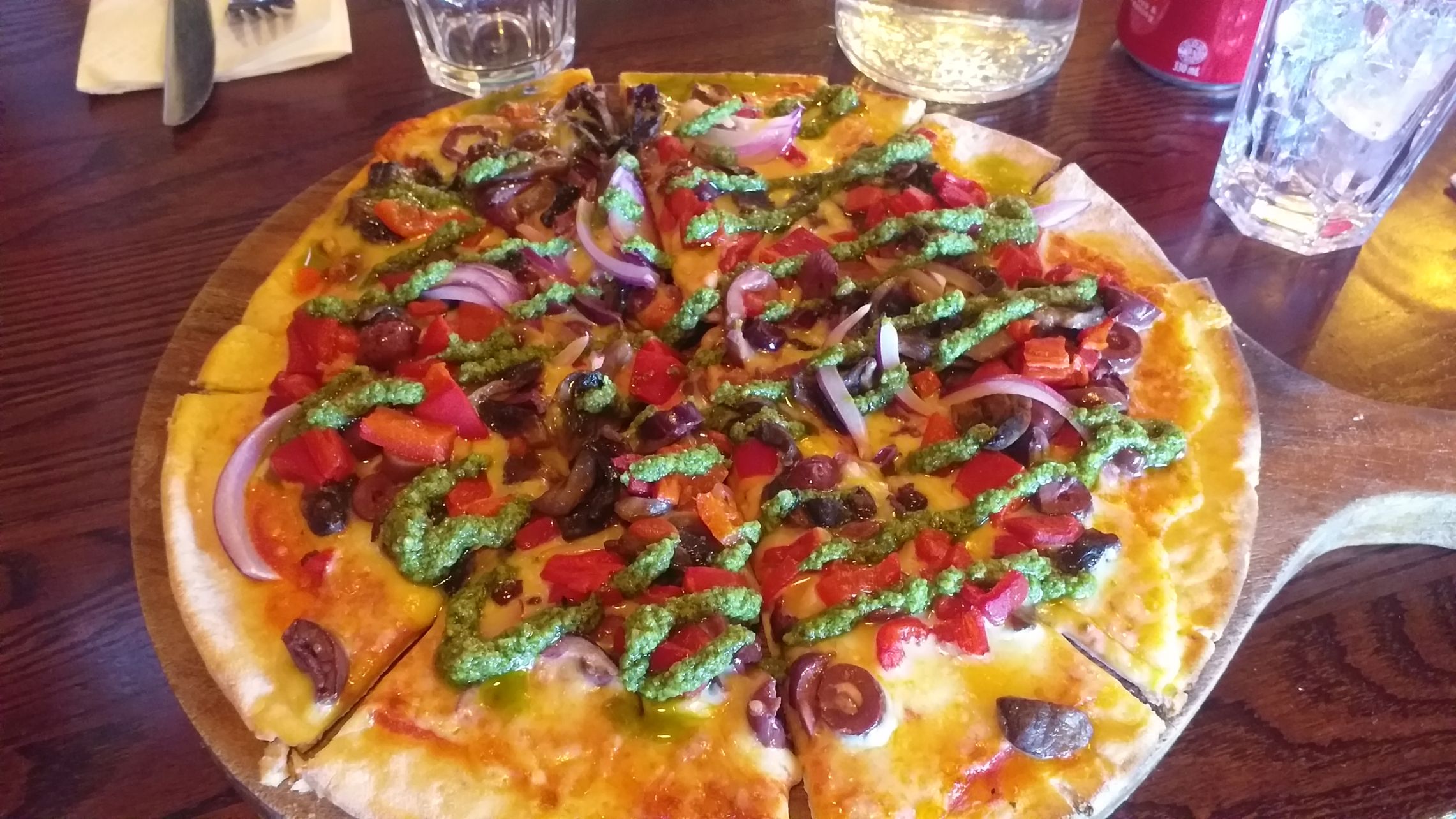 Named after the historic Raurimu railway spiral that winds its way up the central plateau, the Spiral Restaurant & Bar has a warm, hospitable atmosphere and a bucket of character. Open for breakfast and dinner, I highly recommend their High Country Lamb Shank – a slow braised hind shank served with golden kumara mash and seasonal vegetables. If you’re keen for a cheeky pizza, their Vegetarian pizza is so delicious, it parked up my carnivore tendencies. Feast on marinated courgette, red onion, feta, olives and capsicum topped with baby spinach & basil pesto. Magnifico. https://the-park.co.nz

I tripped my way around the wondrous Ruapehu region in my trusty Toyota Highlander, courtesy of Ezi Car Rental. Kiwi owned and operated, I thoroughly enjoyed the Ezi experience, where excellent cars, stringent cleaning practices, super sharp prices, and fast & friendly service are all part of the package. Ezi Car Rental operates an extensive network from 25 locations across the country. They’re everywhere you want to be. Head to www.ezicarrental.co.nz

The drama and grandeur of Ruapehu is power-packed as a year-round wonderland for outdoorsy adventure. Crowned by the triple volcanoes of the central plateau and the majestic Tongariro National Park, make tracks to the wide open spaces and hospitality charms of Ruapehu. www.visitruapehu.com