The daffodils are blooming and the blizzard of blossoms are all ablaze across Christchurch. Could there be a more uplifting, embracing season to visit the Garden City? A great way to capture the sprawling vista of bright yellow daffodils, cherry blossom trees and baby ducklings is take ride a traditional punt or hire a canoe down the Avon River. The graceful green and cream striped Antigua Boat Sheds is where to head to hire a canoe.

They’ve been part of the river trade since 1882. Also operating from the boatsheds is the iconic Christchurch attraction, Punting on the Avon. Admire the beautiful Christchurch Botanic Gardens and the changing face of the city centre as you’re expertly guided gently along the Avon River on an Edwardian-style Punting tour. A completely new way to experience Christchurch's 180 year history from the river is to board a waka. Leaving from Margaret Mahy Playground, this 45 minute waka paddling experience is an amazing historical and cultural trip on Ōtākaro Avon River, blending soothing scenery with illuminating stories about Canterbury's Ngāi Tahu iwi and the city’s earliest European settlers. https://www.wakaonavon.co.nz/

A fabled spectacle to serenade the season in Christchurch is the dazzling sight of the cherry blossoms in full flower around Hagley Park. The parallel rows of cherry trees sprawl along the length of Harper Ave, bursting forth with a frothy pink and white bloom in September, of fairyland proportions. Walking between these two long rows of trees feels like you’re floating on a long pink and whie clouds of fragrant cherry blossoms. The flowers are nearly all white but are tinged with a very pale pink. The trees are a hybrid species, called Yoshino Cherry trees, that are very popular in Japan. Designed to enhance a busy route into the city centre, the Harper Ave cherry trees were planted in 1936, while a similar spectacle in Riccarton Ave dates back to 1905. To catch the blizzard of these cherry blossoms, at the peak of their powers, mark your diary for the second half of September. This utterly ethereal spectacle only lasts for two weeks. 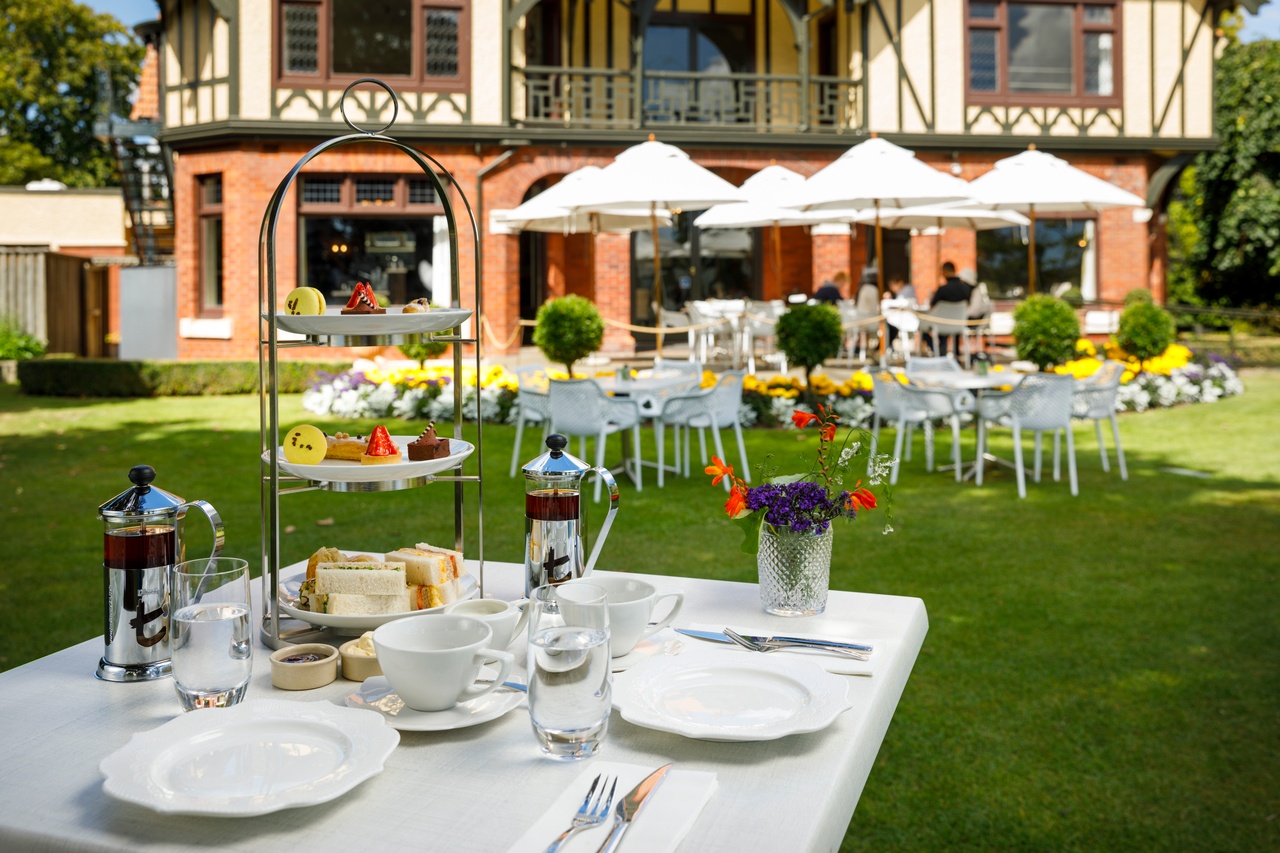 As we fondly wave goodbye to the dreary months of winter, spring’s fragrance and its many splashes of colour can also be eagerly lapped up in the city’s 740 gardens and parks. The Christchurch Botanic Gardens boast monumental specimen trees and enchanting flower gardens, conservatories and serene riverside scenes. It’s a year-round crowd-pleaser, but I’ve always found spring to be extra special in the vast oasis of 21 hectares. The Armstrong Lawn, ablaze with exquisite bedding garden displays, is also home to the iconic Peacock Fountain, originally imported from England and installed in the gardens in the early 1900s. The entire scene is artfully lit at night. The Curator’s House is another key feature of the Armstrong Lawn, built in 1920 as the home of the garden’s curator. The house is constructed from volcanic basalt rock from the Port Hills Quarry in the Old English or Tudor style of architecture. For over 20 years, the onsite restaurant at the Curator’s House has been serving delicious Spanish cuisine fresh from the garden. The tapas menu is particularly popular.

Get down amongst the yellow haze in the Daffodil Woodland and gram your heart out. Another seasonal highlight is the Azalea Garden, nestled beneath a canopy of mature oaks and silver birches. In addition to the azaleas and equally well established is the large and impressive collection of magnolias. The azaleas flower for around a month from mid-October. Sculptured magnolia flowers enhance the spring display in this garden. Another great food stop is the glasshouse-style Ilex Café. Paying homage to local produce through simple, sophisticated dishes, Ilex’s menu is brimming with all-day dining options, created by renowned Christchurch chef Jonny Schwass. Breakfast options include sourdough crumpets with whipped ricotta and honey, which the signature seasonal salads are a winning choice for lunch. The City Promenade is an epic urban landscape that weaves through the leafy city centre along the Ōtākaro Avon River, including Riverside Market, the Terrace and Victoria Square. Nearby, the sweetheart lane of New Regent Street is a top contender for the title of New Zealand’s most beautiful street. Graced in Spanish Mission architecture and bathed in pastel hues, it’s a hot-spot for artsian treats and independent retail. Don’t miss Rollickin' Gelato, a perennial magnet, crafted from local organic milk. They’re constantly coming up with new flavour creations, full of cake chunks, berry sauces, chocolate dollops, marshmallow fluff and hokey pokey pieces. They have two outlets – New Regent Street and City Mall. New Regent Street is also home to gin.gin where you’ll find over 100 varieties inside this whimsical venue. With lush indoor plants and velvety stools there’s a sense of escapism in this libation lounge, where the handcrafted cocktails are the stars of the show. Botanic on the Terrace is another salubrious spot for sizzling cocktails and lavish fare, with a balcony perch and rooftop garden bar.

Come nightfall, Spagalimis Pizzeria on Salisbury Street is a much-loved go-to for fresh pizza, pasta and salads, with indoor and outdoor dining options. Cultivating a solid reputation for hyper-seasonal fare, you’ll love Gatherings in Carlton Courts. They offer a creative and ever changing menu focused on locally-sourced organic and seasonal vegetables, fish caught using sustainable methods of fishing and a table laden with food, wine and love. http://gatherings.co.nz/ 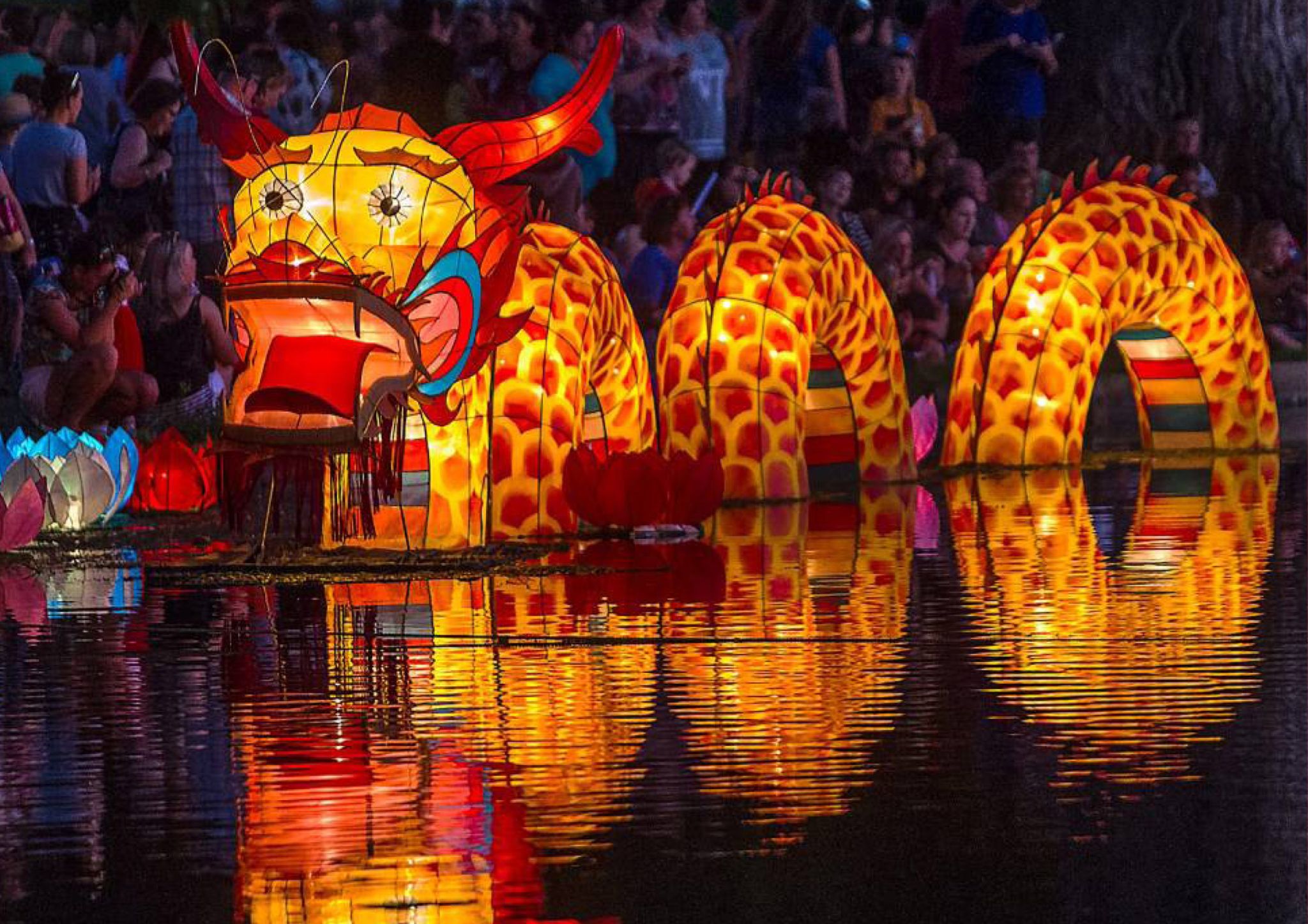 Check out some of Christchurch’s seasonal release craft beers at Craft Embassy or the Brewers collective at the Riverside Market. Since 2015, Chris Ruske has been on a mission to bring great beer to the people of Christchurch while supporting the micro brewing operations around Canterbury. You’ll find him at Riverside always ready for your next pour and casual chat. Nestled on level one of The Terrace overlooking the Avon, The Craft Embassy specialises in an epic range of independent craft beers made by New Zealand brewers. From sours to pilsners to stouts to pale ales, the beer list is constantly evolving and always interesting.

Another Christchurch classic to add to your check-list is OGB, a speakeasy-style bar, gracing the front of the Heritage Hotel in Cathedral Square. The Old Government Building was built in 1913 in imposing Renaissance palazzo style. The OGB bar looks the part with bartenders wearing suspenders, caps and bowler hats. It’s a winning spot for al-fresco libations.

Back on the garden path, Mona Vale is a divine place to relax in tranquil surroundings. Enjoy a garden of mature trees, sloping lawns and herbaceous borders. The sheltered setting also showcases a number of impressive buildings of regional historic significance. Originally called Karewa, prominent architect Joseph Clarkson Maddison designed the homestead in 1899 for the manager of the Belfast Freezing Works. With its half-timbered upper floor, leadlight windows and steeply pitched roof, the building is a grand statement of Old English Revival architecture. The property was later purchased by wealthy heiress Annie Townend who renamed the homestead Mona Vale after her mother's birth place in Tasmania. Townend made a number of additions including two gatehouses, a bathhouse and a fernery, as well as developing the grounds further. Mona Vale was purchased by the council in 1969, after it faced the threat of being demolished. 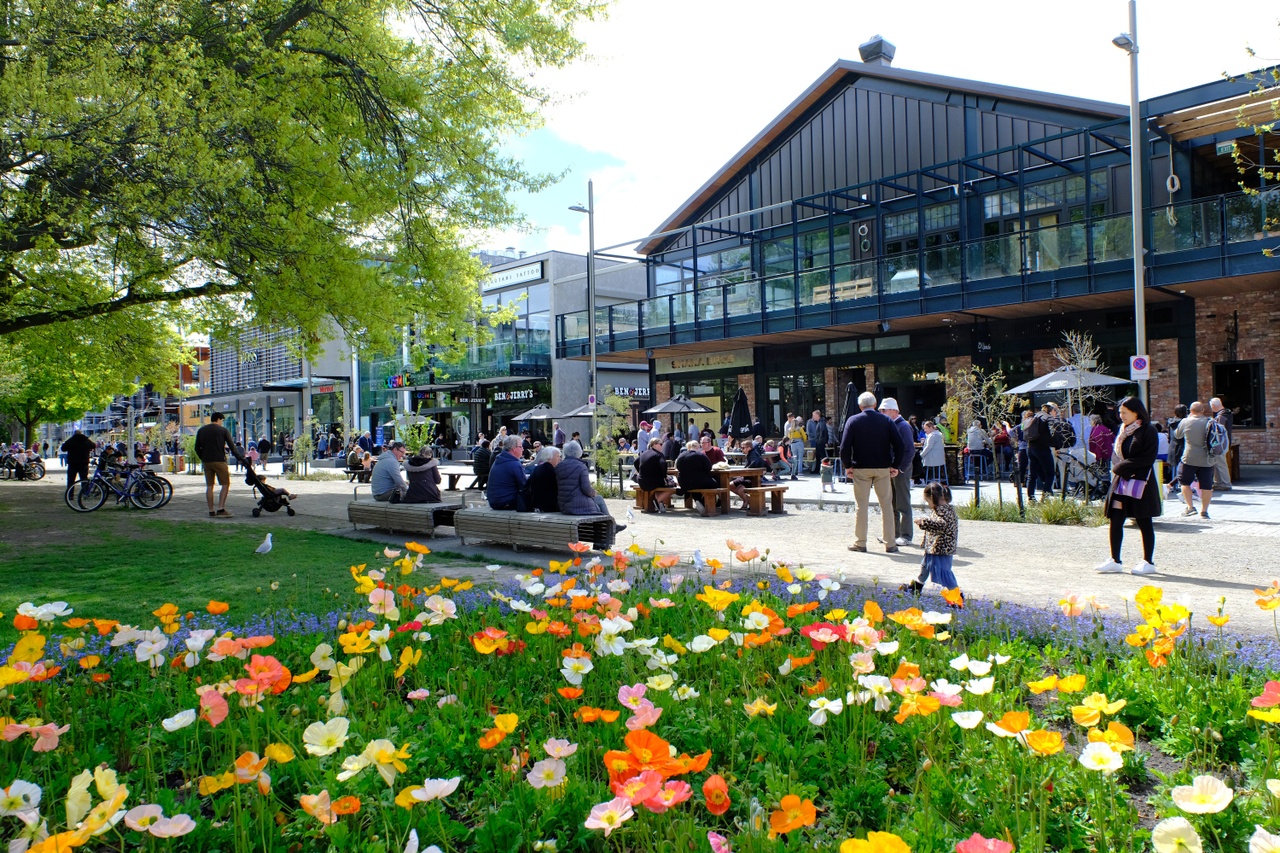 The beautiful heritage gardens and buildings provide a lovely atmosphere for a peaceful stroll. Walk along the river and enjoy the colourful annual bedding and woodland plantings. The rose and iris gardens are similarly gorgeous spots for a meander and expansive lawns have multiple places for picnics. Get your rose garden fix here or come back at golden hour for riverside vistas and garden charm. Peckish? The homestead’s pantry is open daily for coffee, cake or something more substantial, with a fabulous brunch and lunch menu. Feeling decadent? Why not reserve a booking for High Tea, where you can feast on an array of delicate, tasty and tantalising morsels, surrounded in botanical splendour. On October 16, Mona Vale stages the annual Spring Gin Festival, where you

can sample some of the best gins on the market at the tasting stations and create your own cocktail at the Build-Your-Own Bar. www.monavale.nz

Then there is Riccarton House and Bush, a unique New Zealand heritage site consisting of two historic buildings, flanked by beautiful open parkland and ornate gardens, set against extensive native bush forest featuring Kahikatea trees up to 600 years old. It is the sole remnant of ancient podocarp forest in Christchurch. In 1843, it became home to the pioneering Deans family, the first Europeans to settle the Canterbury Plains. The family’s dramatic story of endurance and tragedy is woven into the fabric of these beautifully restored buildings and grounds. The homestead restaurant, Local, is open daily from 9am for coffee or lunch. Established in 2003, Riccarton House also plays host to the Christchurch Farmers' Market, one of New Zealand’s premier markets, that lustily roars into life every Saturday.

Also out west, if you want to add some cinematic cachet to your garden touring, Ilam Homestead Gardens delivers in spades. Popular with students due to its proximity to the University of Canterbury, the whole site featured in Peter Jackson's movie, Heavenly Creatures. The lush and secluded haven brims with mature plantings, spring daffodils and grassy glens. The Avon River passes through the bush-like surrounds, with numerous bridges crossing the river in its infancy. The 1910 homestead doubles as a very popular wedding venue. It was Edgar Stead, a distinguished ornithologist, who established the wonderful azalea and rhododendron gardens, 110 years ago. When he sold Ilam to Canterbury College (University) in 1950 he requested that the gardens be maintained in perpetuity. And they are. Lap up this secret garden.

Enjoy a splash of spring fever in Christchurch, your base camp for wider exploration. From festive thrills and botanical delights to world-beating walks and the highest mountains, unleash your spirit of adventure in Canterbury. For more inspiration, head to www.christchurchnz.com