From rugged coasts and rolling hills to storybook townships and serene vineyards, rolling through the Wairarapa on a free-roaming holiday is like a picnic-basket of pleasure. So many choices, so many temptations – but so little time. I’ve been previously guilty of passing the road sign pointing the way to Stonehenge Aotearoa on various occasions, cynically doubting if it would really be worth the diversion. If you’re up for a dollop of quirk in your sightseeing, it’s definitely worth the jaunt. Close to Carterton, Stonehenge Aotearoa is New Zealand's only open-air astronomical observatory, built to the same scale as Stonehenge on England’s Salisbury Plain.

Open since 2005, this modern observatory connects people with the sky and the cycles of nature: solstices, equinoxes, Matariki observances and general stargazing. Stonehenge Aotearoa was also designed to explain the concept of the star compass, like the one used by the Polynesian navigators. The placement of the pillars reveals important navigational and seasonal stars. The site has been immeasurably enhanced with the launch last year of Star Safari by science communicators and space enthusiasts Haritina Mogosanu and Samuel Leske. Every Friday and Saturday night, they host guided tours of the henge and Wairarapa's expansive night sky, which is currently seeking accreditation to be not just an international Dark Sky Reserve, but the world’s biggest such reserve. Their passion for the celestial bodies above us is infectious. Hari interned at Nasa and trained for Mars at their Utah desert research station, while Sam is currently working toward his Masters in Astrophysics. Also on site is a new permanent Mars exhibition, created by Hari, with lots of fresh Nasa imagery courtesy of Curiosity rover. On the night I visited, the Wairarapa sky was clear and aglow with constellations. The glittery arc of the Milky Way and its core was high in the southern sky, dense with stars, dust and gas. Sam pointed his 16-inch telescope at a wealth of cosmic attractions. We sighed in awe at Jupiter’s bright bulge, Saturn’s stunning rings and learnt about stars like Betlegeuse, Rigel and Canopus the navigator star, that spirited Romanian-born Hari, to New Zealand 16 years ago, to view. That’s passion! You’ll love spending a couple of hours with these two at the henge. They embody the eye-opening brilliance of dark sky tourism. https://star-safari.nz/stargazing-in-wairarapa/

A long-time entrant on my must do list, has been to take a jaunt to wave-lashed, wind-blasted Castlepoint. From Masterton, the one hour drive winds through crinkled hills and lush, lonely farmland speckled with sheep. It’s your classic backcountry postcard in vivid 4D. En-route, I called into pint-sized Tinui, the site of the world's first Anzac Day memorial service on 25 April 1916 – held at 730am. It was Rev. Basil Ashcroft who held that Anzac ceremony at Tinui's Church of the Good Shepherd, before erecting the first cross dedicated to the Anzacs, on top of Mount Maunsel which overlooks the village. He chose the location because he considered the steep, harsh terrain as not dissimilar to Chunuk Bair. While the original cross has been replaced, it’s still in its original position. The church is open daily, and if you have a couple of hours to spare, you can climb to the summit on the Tinui Anzac Walkway. The walk is open from 1 November to 25 April. It starts from the Tinui Cemetery and climbs through native bush and private farmland. 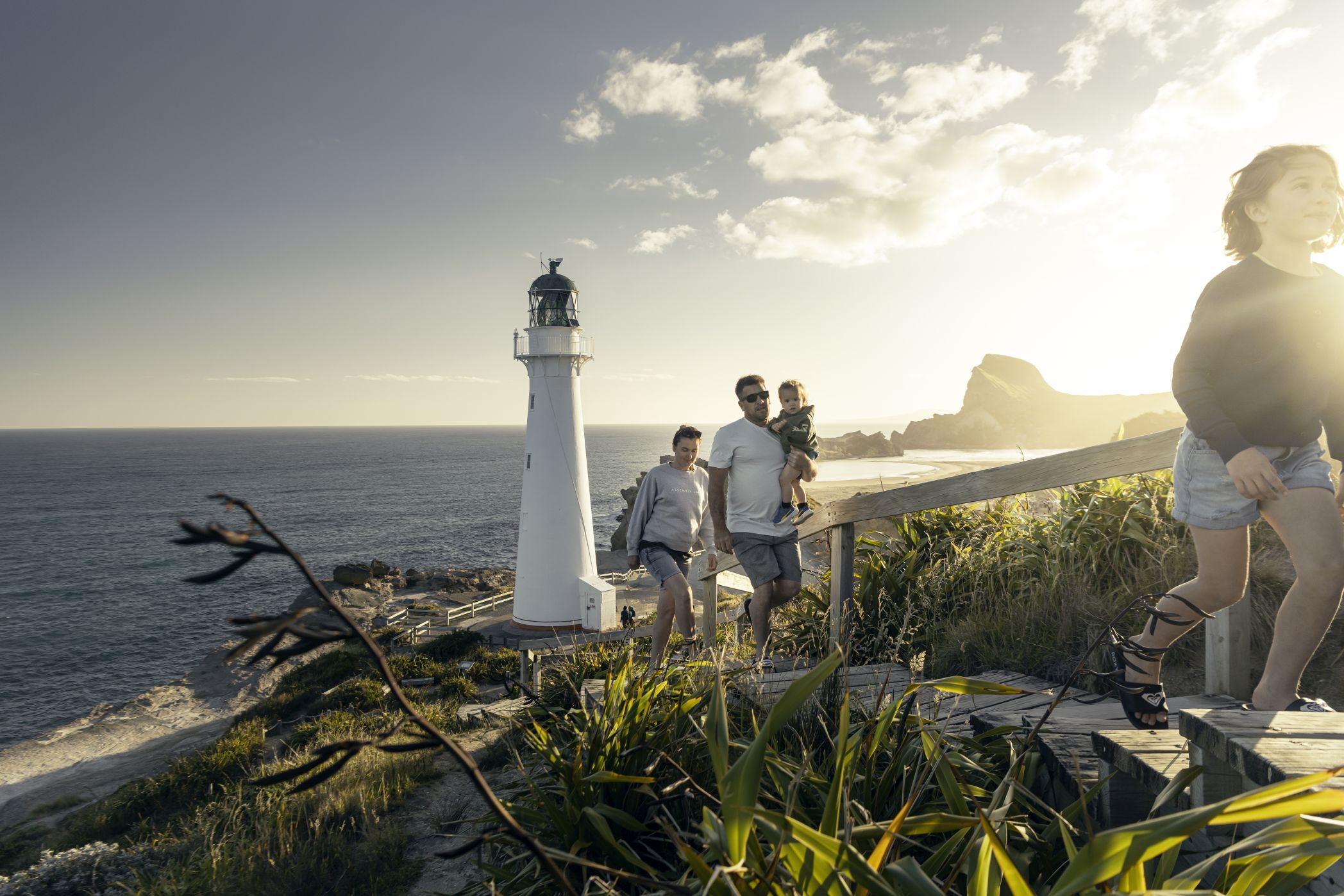 Arriving on the shoreline of Castlepoint beach, there’s no denying the sense of being swept up by the raw, exposed elemental glory of this cherished locale. With its fossil-rich limestone reef, lighthouse and imposing 162 metre high Castle Rock, Castlepoint is a coastal blockbuster. The reef, lagoon, sand dunes and Castle Rock are all part of Castlepoint Scenic Reserve. The 30 minute stroll on the Lighthouse Walk track is an essential. First lit in 1913, it was one of the last manned lighthouses in New Zealand and is one of the last two remaining beam lighthouses in the country. Stretching 53metres above sea level, the light reaches 35km out to sea.

In addition to the walk to the lighthouse, Castlepoint also offers the 90-minute-long Deliverance Cove track, which takes you around the lagoon with salivating views of the reef and up Castle Rock, which does feel like straight-up cardio. I gazed in awe of the ocean theatre, the deep blue sea churned and rumbled like a relentless washing machine. If you're botanically inclined, hunt for the Castlepoint daisy, a rare shrubby daisy which grows on the crumbled limestone of the reef and Castle Rock.

The thundering of hooves across wet sand and the cheering of the crowd... that's the sound of the Castlepoint Beach Races, a fabled Wairarapa event held that will be next held on Saturday 19 March 2022. The beach races date back to 1872 when local farmhands would race each other for bottles of rum and stray coins. Today, thoroughbreds have replaced farm hacks and race day is as much about beachside picnicking as it is about horses. Betting is allowed but you'll be allocated a horse at random, for a ticket price of $2. 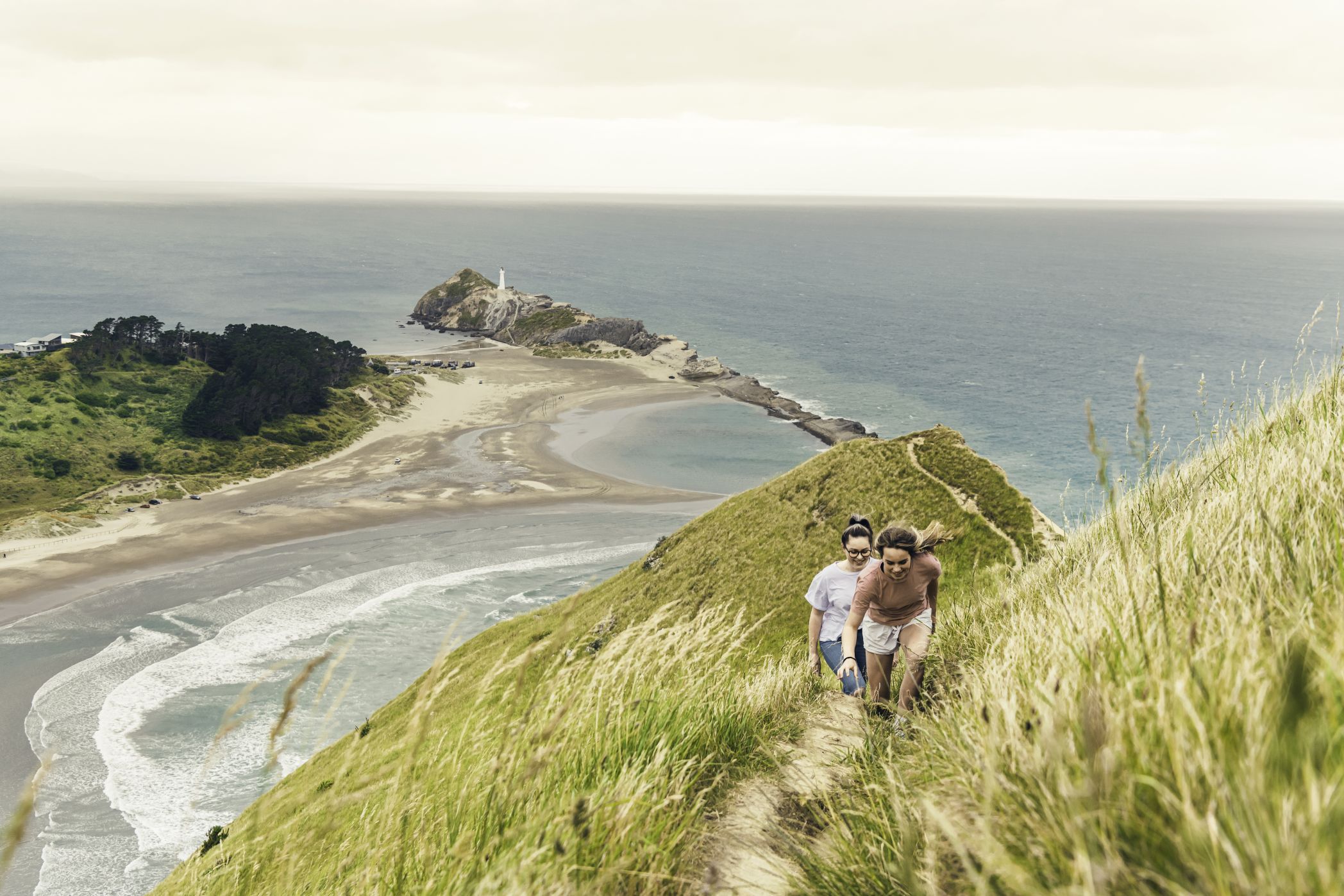 20 minutes from Masterton, Pūkaha National Wildlife Centre has fostered a solid reputation for being New Zealand’s most successful wildlife and captive breeding centre. Set across 942 hectares of ancient podocarp forest, it’s a national ark for so many endangered species including the takahe, kokako, kaka and the kiwi. It’s the sort of place I could never get bored of, guaranteed to enthrall, no matter how many times you visit.

A masterstroke in the Pūkaha experience is the variety of talk and feed sessions, sprinkled throughout the day, which encompasses all of the exhibits, from the timeless tuatara, to hand-feeding the voracious long-finned eels and the birdlife. But if it’s your first visit to Pūkaha, or haven’t been for a while, the runaway blockbuster attraction is the Free Flight Aviary. Costing over a million dollars and opened five years ago, the aviary has been ingeniously designed as a snapshot of restored native forest and it certainly makes you realise how starkly quiet our forests have become.

A vast flock of native birds perch, preen, chortle, warble and fly above your head. A feathery fiesta of tui, kakariki, fantails, the rifleman, bellbirds and kereru. The aviary is part of Pūkaha’s wider mission to bring back the birdsong, through extensive predator control and restoration work up in the forest. Rangitane iwi are actively involved in Pūkaha’s conservation work, as the forest is the last remaining remnant of the 70 Mile Bush and of major cultural significance. Admission charges to Pūkaha go directly to the conservation programmes. On October 17, Pūkaha is holding its annual community open day. Admission by donation. It’s an essential slice of the Wairarapa. www.pukaha.org.nz Feeling peckish? Order up the French Toast Bake at Pūkaha’s Kākā Café. This outrageously scrumptious baked sourdough French toast square is served with crispy bacon, caramelised banana, maple syrup and cream. Oh-la-la! In Masterton, hot-foot it to Don Luciano Café and Roastery. This colourful, charismatic café is irrepressibly cosmopolitan with its strong suit being the South American inspired dishes. The onsite coffee roastery imports beans from Honduras, the homeland of the café’s delightfully hands-on owner, Marvin Guerrero. The café is named in honour of his grandfather. For a brunch to remember, order up Marvin’s baleadas – a street food classic of flour tortillas stuffed with refried beans, cheese and scrambled eggs, slathered in Latin-style cream, similar to crème fraiche.  www.donluciano.co.nz

I absolutely adored Saint Sebastian, one of Masterton's newest restaurants, which serves casual, local, seasonal food and kai moana, with a homestyle menu designed for sharing that accentuates locality, sub-divided into Sea, Earth and Pasture. Having earned his culinary stripes in Wellington, Melbourne, and Sri Lanka, chef Caleb Kloeg returned to his hometown to open this gorgeous restaurant.  Many of the vegetables are grown spray-free on local small farms. In a region that produces superb meat – I adored the scotch fillet, locally raised and butchered by Homegrown, and cooked over wood and charcoal. The building itself is a traffic-stopper. Built 95 years ago as a Masonic Lodge, the heritage building is fully restored and bathed in a powder blue paint job.  www.saintsebastian.co.nz/

Not to be outdone, Caleb's older brother, Michael Kloeg and his wife operate Carterton’s award-winning Clareville Bakery, housed in an old church. The queues routinely spill out the door for their butter-rich pastries and cakes, and breads boasting the deep flavour and texture brought about by slow fermentation. Caramel-crusted kouign-amann, and the durum loaf, made with locally grown durum wheat, are some of their signature offerings. Pointing the car south, it’s a short hop to the bucolic magnificence of Martinborough’s intimate, wraparound patchwork of vineyards. With over 20 boutique wineries within easy reach of leafy Memorial Square, backdropped by the stately grace of the Martinborough Hotel, cellar door hopping is a breeze. In fact, most can easily be visited on foot or by bike. 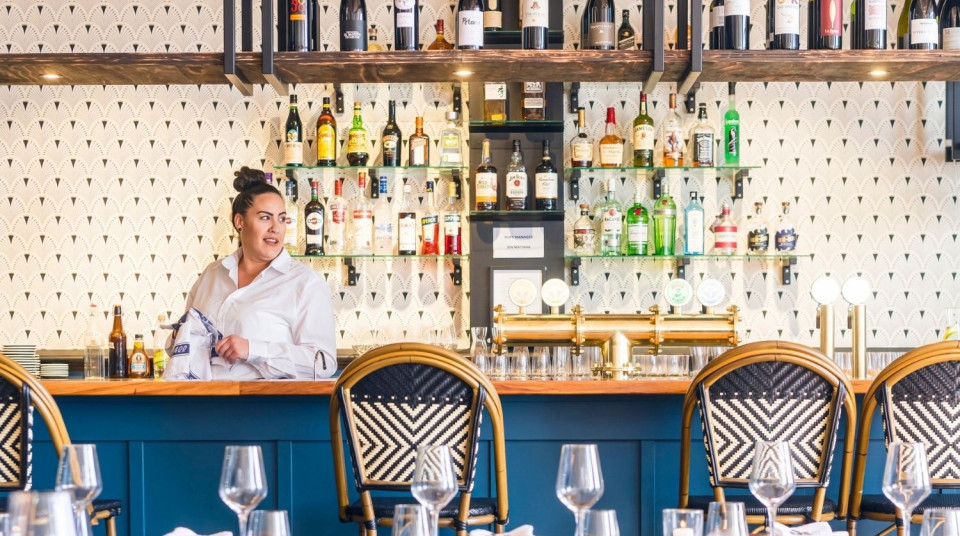 In addition to hitting the wine trail, take a seat at a newbie eatery in Martinborough, Crouching Tiger. This casual dining restaurant has fast attracted a red-hot following for its Pan-Asian street food menu and headline cocktails. It’s all about dumplings, yakitori skewers, noodles and curries. Lingering fondly in my memory are their Takoyaki squid balls in Japanese BBQ sauce, the chicken & ginger dumplings with radish vinegar, and Massaman lamb & potato curry. When it comes to the mixology menu, you can’t go wrong with their Coconut Margarita, a fusion of El Jimador tequila blanco, Cointreau and coconut cream. https://crouchingtiger.co.nz/

Toast Martinborough, a legendary staple on the social calendar returns on November 21 in its 28th year. Tickets are on sale now. At Toast you have the freedom to travel around vineyards on foot or via free Tranzit shuttle buses. Each vineyard is partnered with a great restaurant and musicians to create a radiantly festive atmosphere. At day’s end. enjoy a festival party under the trees in the town square with live music. https://www.toastmartinborough.co.nz/

Whether it’s grazing heartily from Wairarapa’s platter of boutique produce, shopping up a storm, appreciating the history or exploring nature, it’s a special pocket of New Zealand with options galore for a flavourful getaway. For more destination inspiration, head to www.wairarapanz.com